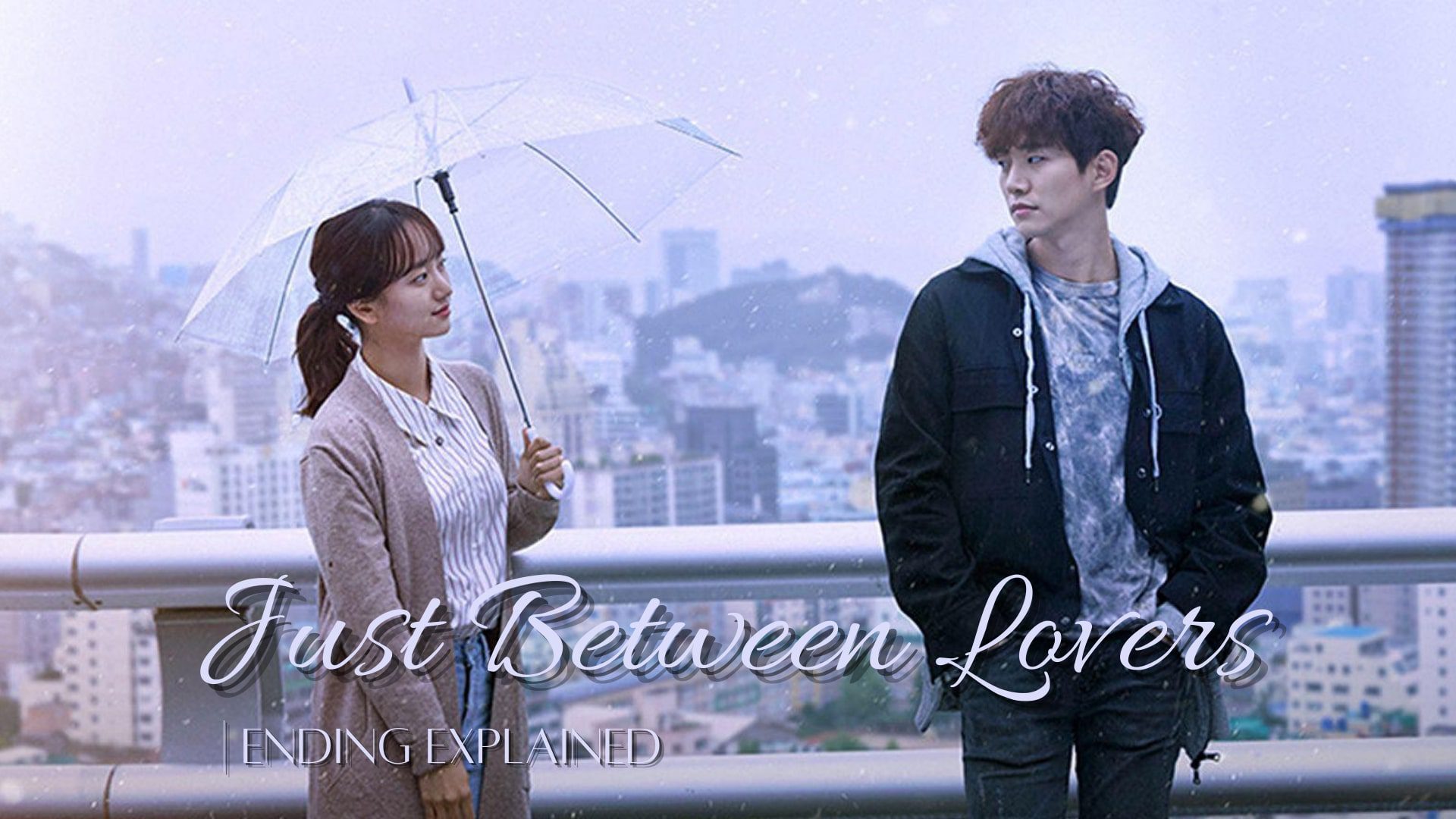 Here is the Just Between Lovers kdrama ending explanation for kdrama lovers. There are not many kdrama featuring a heavy story with a slow burn. However, Just Between Lovers has delivered the result pretty flawlessly. The kdrama revolves around the lives of people who survived or lost their loved ones in a disastrous mall building collapse accident. A single incident changes several lives. Those who survived are left with guilt, agony, a dark past, and an unclear future to live. Just Between Lovers shows how people overcome the painful past and walk towards a better tomorrow, healing each other. It is a story of Gang Doo and Moon Soo, who heal each other while slowly but surely fall in love.

Just Between Lovers, also known as Rain or Shine, kdrama premiered on 11 December 2017 on the JTBC channel. The drama concluded on 31 January 2018 with a total of sixteen episodes. Each episode runs for 70min. Just Between Lovers is written by Yoo Bo Ra and directed by Kim Jin Won, starring 2PM’s Lee Joon Ho, Woo Jin A, Lee Ki Woo, and Kang Han Na. The kdrama has outstandingly portrayed a painful yet beautiful journey of Gang Doo and Moon Soo, who survive the unfortunate tragedy, leaving incurable scars on their souls.

Just Between Lovers is a story of two people, Gang Doo and Moon Soo. Lee Gang Doo has always dreamed of becoming a soccer player. However, a tragic accident crushes all his dreams where he losses his father and breaks his leg. Therefore, he spends three years in rehab. After returning, he has nothing to do and wastes his days until he meets the person who changes his life for good, Ha Moon Soo.

Ha Moon Soo designs architecture models. However, she also has gone through the misery, the same accident where she losses her younger sister. Now, Moon Soo suffers from survivor guilt. She tries to overcome the guilt by suppressing her emotions and living her life earnestly. However, after crossing paths with Gang Doo, she begins to open up about her hidden feelings.

One of the highlighted questions many viewers are curious about is Gang Doo’s death. Fortunately, Gang Doo does not die in Just Between Lovers kdrama. After knowing his critical health condition, which requires a liver transplant, Moon Soo and Gang Doo’s sister Jae Young worry about him to death. Initially, they find a donor, Sang Man. But, due to Sang Man’s complicated health condition, it seems risky to do a liver transplant. Everyone loses their hope in the end. However, miracles do happen, rarely, but they do. After losing his consciousness by the end of Episode 16, Gang Doo is taken to the hospital. Fortunately, they find a liver donor, saving Gang Doo’s life. As the kdrama Just Between Lovers implies, some miracles could come out of someone else’s misfortune. Such a beautiful yet bitter truth of life. 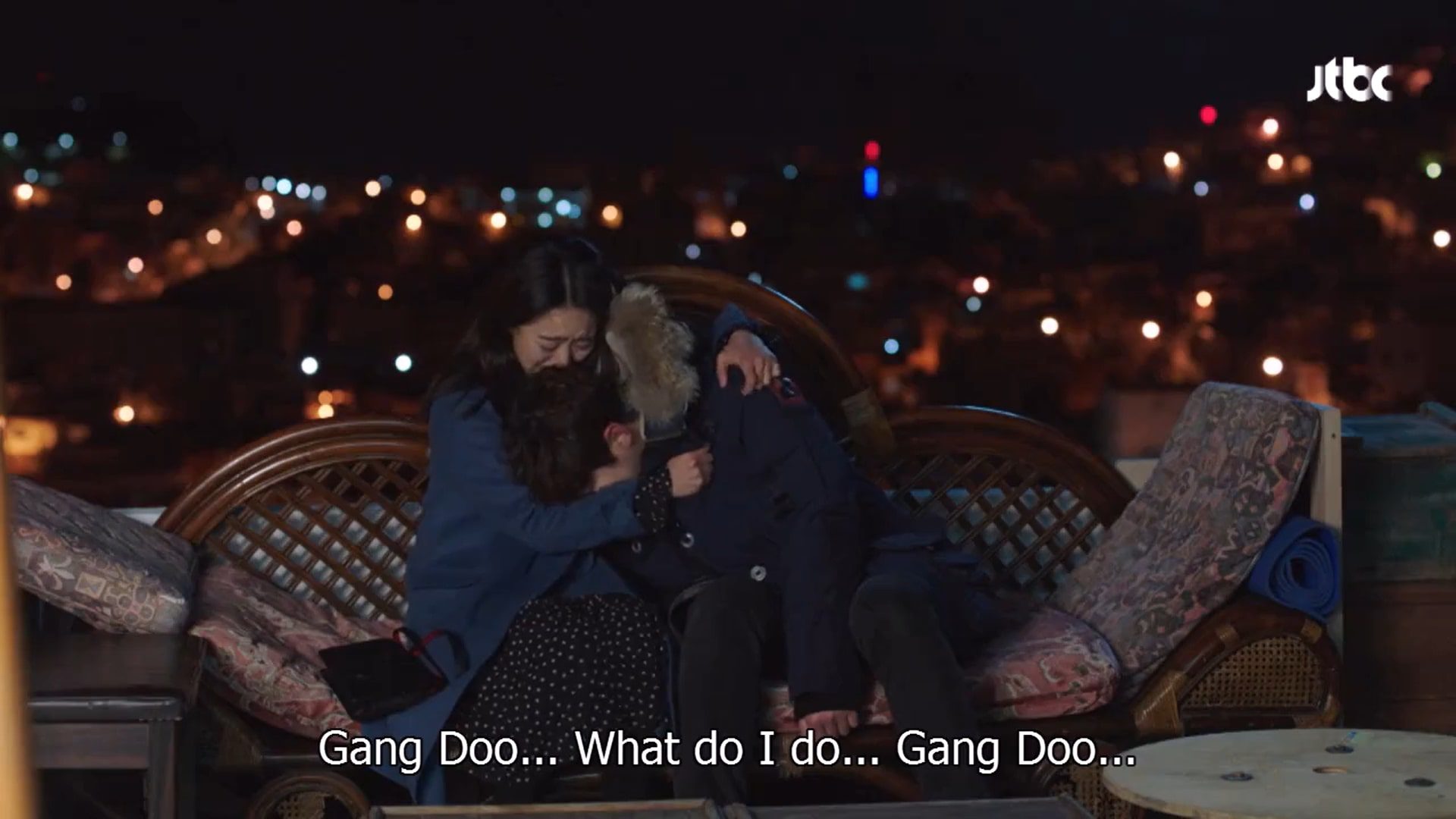 Do Moon Soo and Gang Doo End Up Together At The End Of Just Between Lovers?

Yes, Moon Soo and Gang Doo end up together by Just Between Lovers ending. After finding a new liver donor for Gand Doo, they successfully save him. Gang Doo begins his new where he truly learns to love himself to guard and love his beloved people. He understands that he needs to protect himself. So, he can do the same for the people around him. Gang Doo takes a step towards his dream. He studies to become a design superior while working. Moon Soo has become successful in her career line and working to reconstruct the bathhouse. Doing the thing we love, indeed, has a different charm. Both of them are stepping toward the future they have planned together. 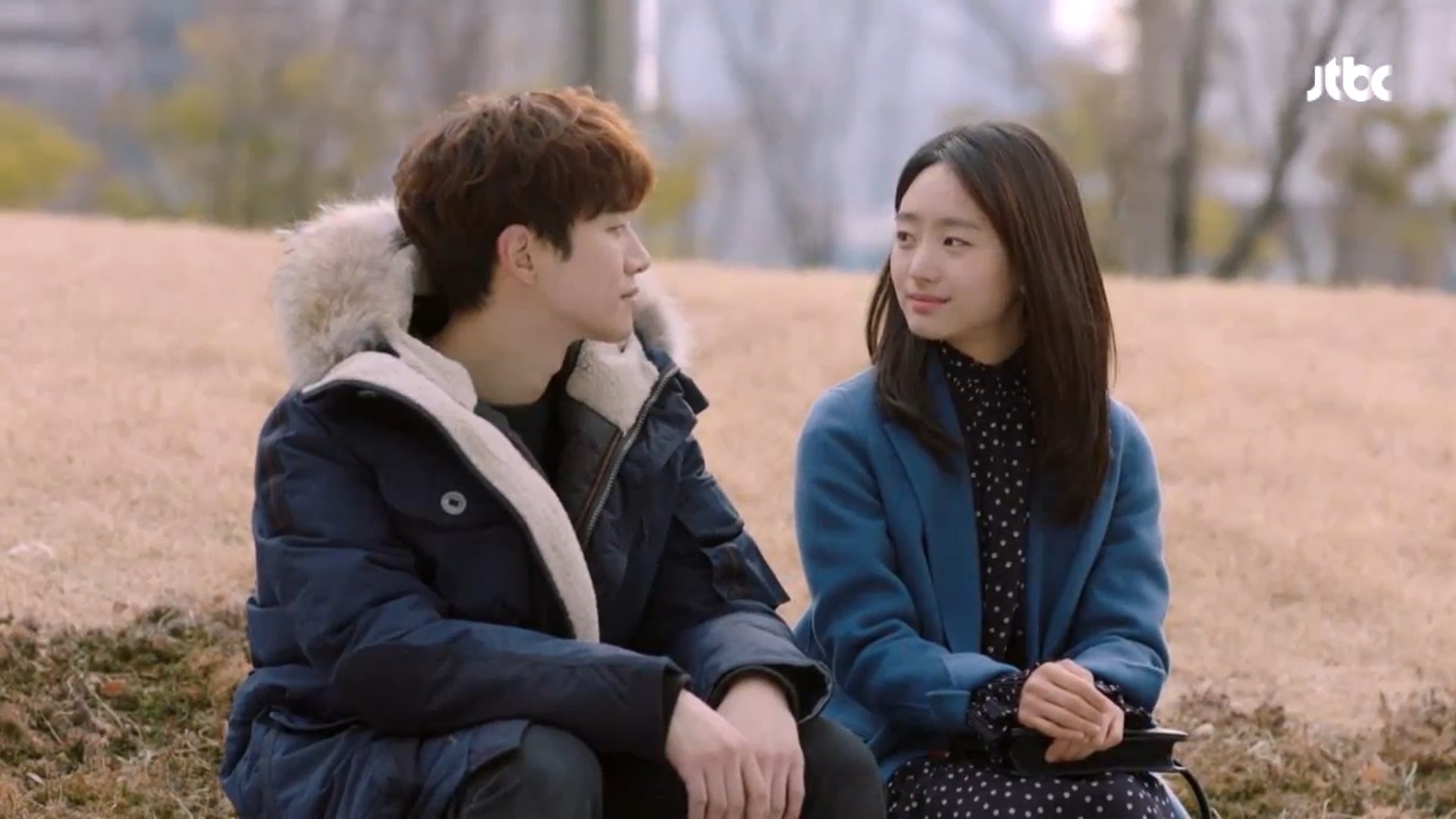 What Happens To The Other Supporting Characters In Just Between Lovers?

One of the charms of Just Between Lovers is that the kdrama also focuses on the supporting characters’ stories. By the ending of Just Between Lovers, every supporting cast, whether it be survivors or victim families, everyone gets their own happy ending they deserve. Seo Joo Won begins working as an architect now. Jung Yoo Jin makes things right for everyone. She delivers the truth about his father’s stealing matter to Gang Doo. Gang Doo’s father did not steal any material but only took discarded parts with no value. Yoo Jin apologizes to Gang Doo for the same and compensates him.

Lee Jae Yong runs a small clinic with Sang Man, which the medicine grandmother used to run. The clinic is also open for foreign patients. It has been only a year since they restart, but Gang Doo is planning to keep the place running for decades. Jung Yoo Taek losses his director position, leading to his wife divorcing him. That is a good thing because now Yoo Taek is free to woo Ma Ri openly. Moon Soo parents’ divorce in the end. It took them too long to realize they were hurting each other all the time. Whereas Moon Soo’s father works as a bus driver, her mother joins a rehab center for alcoholics. Finally, after their divorce, both seem content with their new life. This is what maybe they needed the most.

Do They Build The Memorial Park? 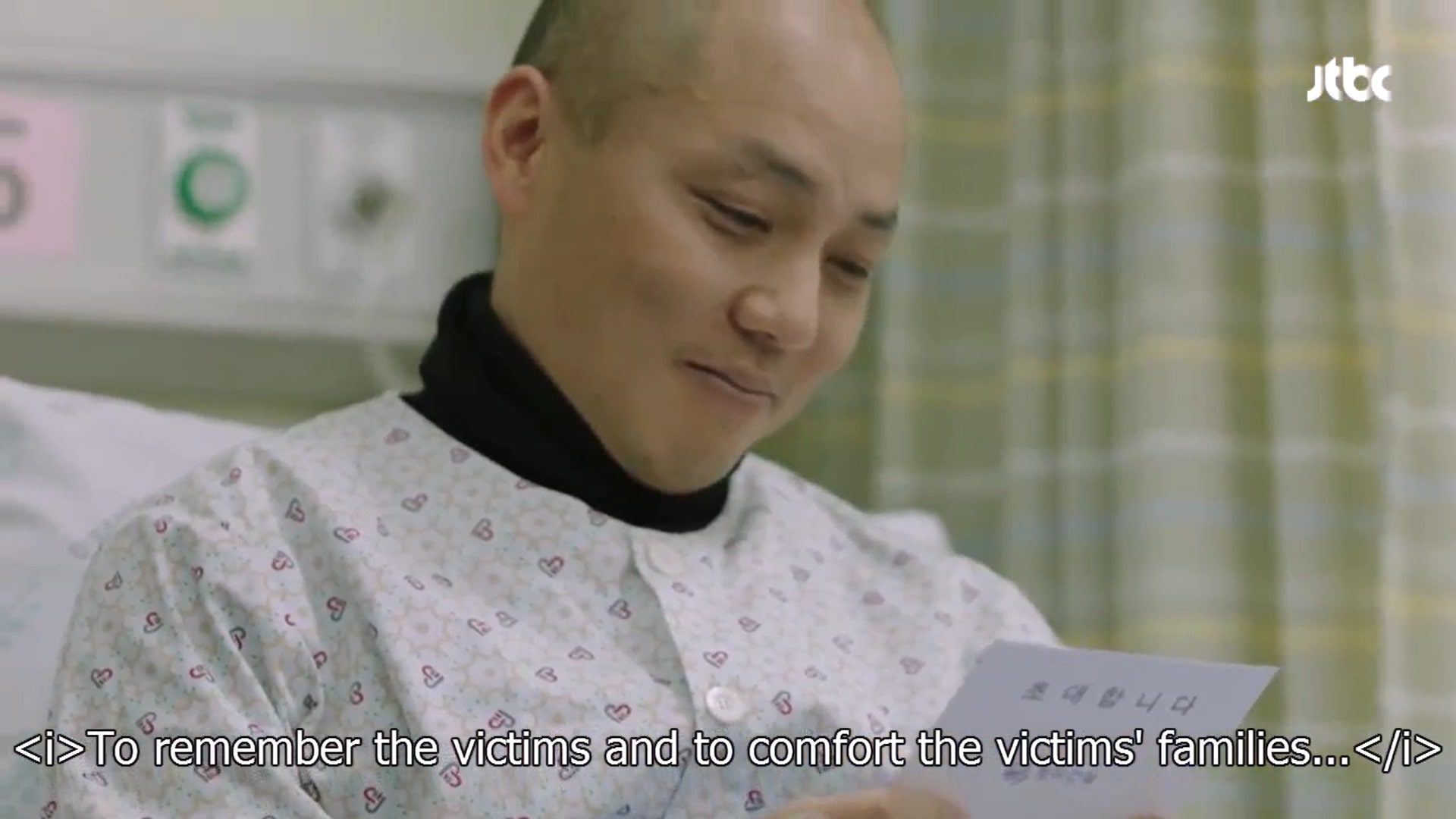 What Is The Message In Just Between Lovers Ending?

It left many scars and the loss of their beloved ones, leaving the survivors alone in the harsh world to survive alone. It is a process of overcoming the pain, survivor guilt, agony, and other psychologic concerns. Just Between Lovers kdrama delivers numerous issues that reach the audience. It is a slow burn that reveals different aspects of life not many people address. If you enjoy watching melodrama featuring slow burn with a heavy plot, Just Between Lovers is a perfect kdrama for you! 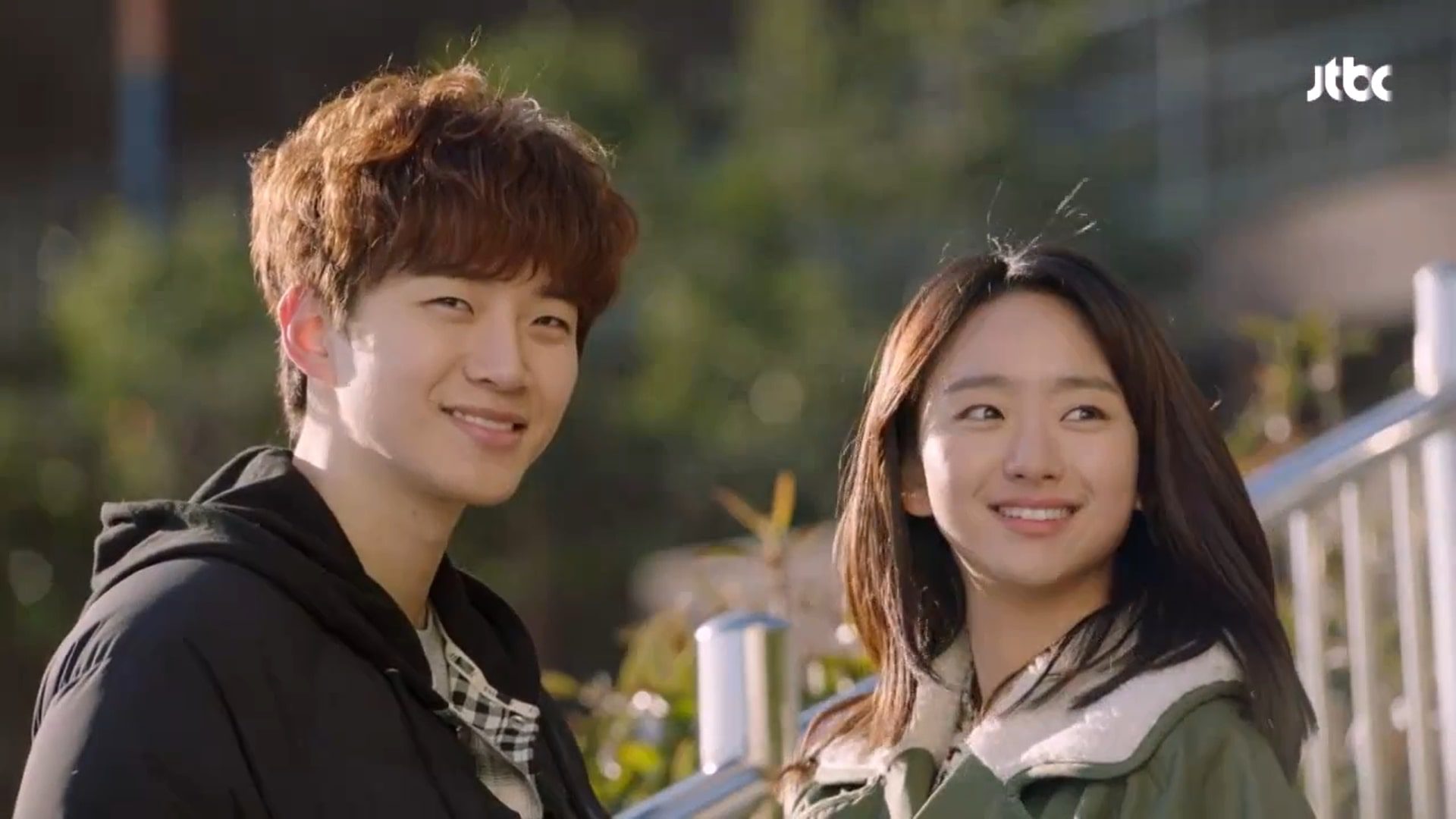 Will Just Between Lovers Have Season 2?