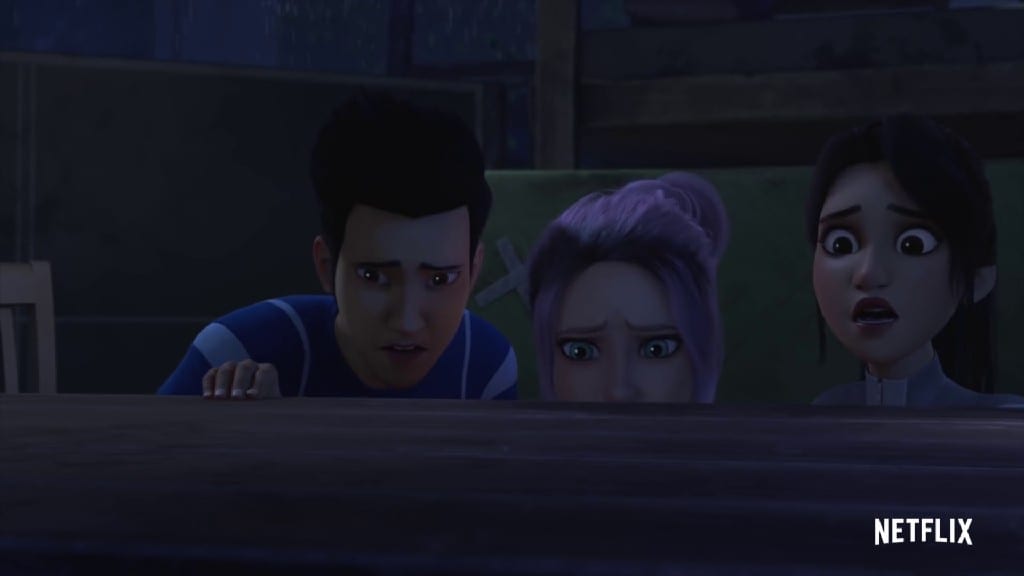 So yes, Jurassic World Camp Cretaceous is getting a whole lot bigger in its own right with a third consecutive season. The show arrived in September of 2020, developed by Zack Stentz. Set in the same world as the ongoing Franchise with its own beautiful touch, the show is going strong now. Very much like the ongoing version of Jurassic World in Cinemas. The show met with a mixed to a positive response. The animation got applauds but at the same time, character design didn’t work out for the show. But anyway, it built itself in the coming season, and now the third one looks to promise more of it.

The third season of Jurassic World Camp Cretaceous is coming around this May. The show is teasing a new threat lurking for our six main teenage characters. There is much more history of the Isla Nublar, which is yet to be explored. The teenagers looking for a way to escape will come to cross the same and also a threat more dangerous than Indominos Rex. What is it and how long will the show go on? Here we are taking a look at Jurassic World Camp Cretaceous Season 3 Episodes and what we can expect from them?

Jurassic World Camp Cretaceous Season 3 releasing on May 21, 2021, on Netflix. The third season will consist of a total of 10 episodes. Significantly two episodes higher than the previous seasons making the third season bigger in length. Netflix is continuing to follow its old ways of releasing episodes for the series by dropping all the episodes of Jurassic World Camp Cretaceous Season 3 altogether. So you don’t have to wait for newer episodes to release on any scheduled dates. You can tune into Netflix on the midnight of 12.00 AM PDT. Thus you may find all 10 episodes readily available from the show’s third season and may binge-watch your way out if you want.

What To Expect From Jurassic World Camp Cretaceous Season 3?

According to the official synopsis of the third season of Jurassic World Camp Cretaceous, the group is still looking to escape Isla Nublar. In their process of a breakout, they came across many secrets of Dr. Wu and decided to plant a dangerous plan of their own. Yes, they had been waiting for the rescue too long now. They even contacted for help, and someone on the other hand, did receive the signal. But it’s high time they take their decisions if they want to survive. 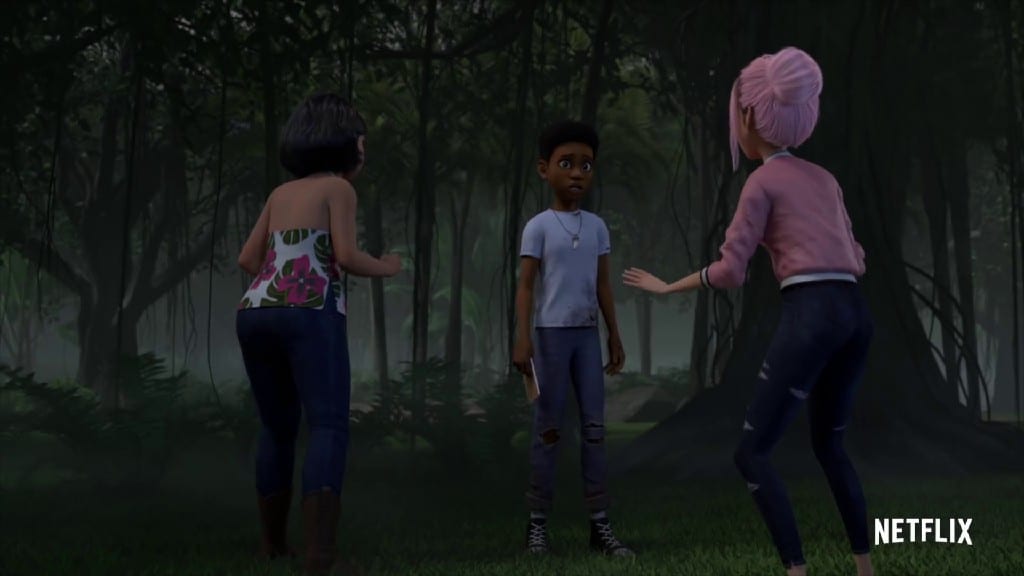 A Still From The Official Trailer Of Jurassic World Camp Cretaceous Featuring The Characters Of Darius, Brooklynn, and Roxie

So the plan might be ready to put in motion, but a Tropical storm arrives delaying the plans of the campers leading them to take a backseat. But some real serious threats are not taking the backseat for the campers. The threat we are talking about here is probably what we saw in the finale of the second season. Let’s take a look back at what happened on the second season’s ending.

So, the finale of Jurassic World Camp Cretaceous saw the campers trying to make the save for Dinosaurs by luring them away. Thus, causing a stampede. Furthermore, we lost two characters in the form of Mitch and Tiff on whom somehow the Campers were dependent. The ending few moments of Season 2 saw the release of a creature from a room called E750. Probably it will be the new big threat arriving for the campers this season. 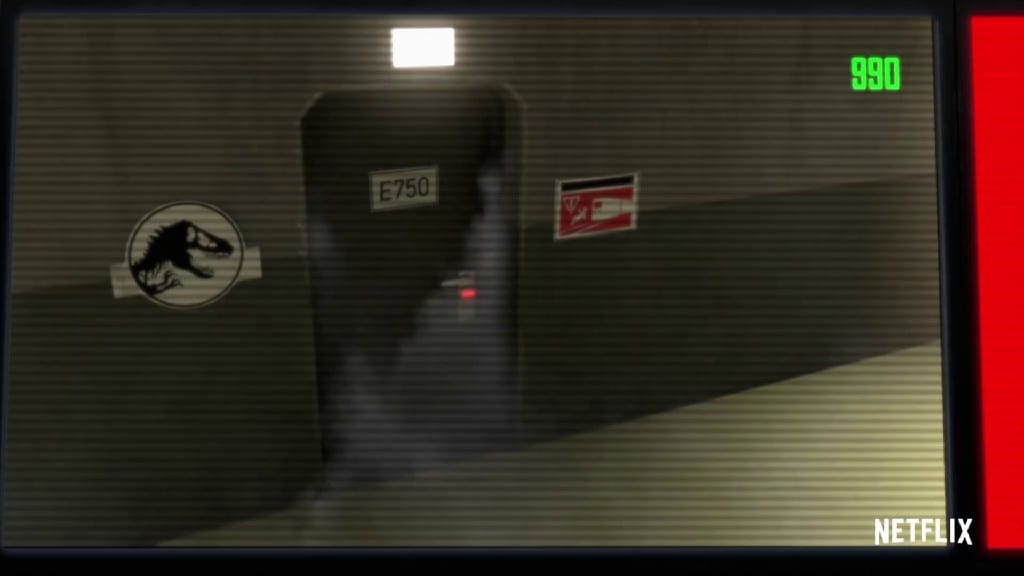 A Still From The Official Trailer Of Jurassic World Camp Cretaceous

Also, the official trailer of Jurassic World Camp Cretaceous Season 3 teased the same threat. The trailer saw the campers trying to make an escape on the boat only to fail probably. But when they were in a process of executing a perfect plan, they revisit the Jurassic World Facilities. There they come across the broken door of E750 and also some video files of Dr. Wu. In the videos, he revealed the E750 creature’s violent and volatile nature. So we have a bigger threat than the Indominous Rex now as teased by the trailer itself. What kind of creature this dinosaur remains to be seen. Check out the official trailer of Jurassic World Camp Cretaceous Season 3 below.

Also Read: Mare Of Easttown: How Many Episodes Are There?