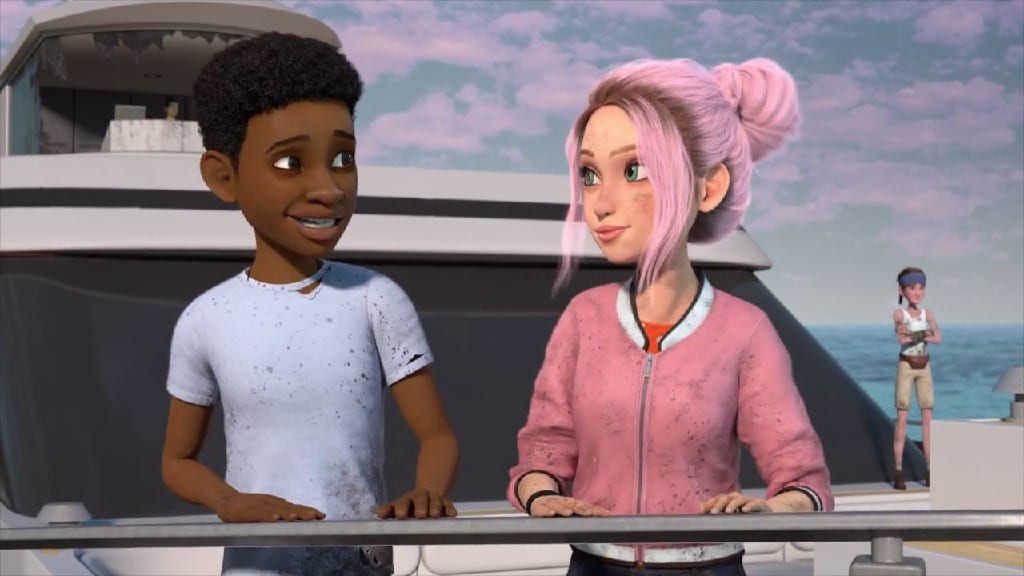 Jurassic World: Camp Cretaceous came in looking more like an ultimate final test from the kids stuck on Isla Nublar. Of course, they have been surviving long enough on the island. They had to get back home. The kids saw hope by making a little contact, but when that didn’t work, the plan switched to travel by sea using a boat. But, with a little hope came a few problems with a far more dangerous specious than Indominous Rex making its presence felt in the show. It multiplied itself and made the kids realize how Dr. Wu’s research has an effect on the dinosaurs and the human world.

The third season of Jurassic World: Camp Cretaceous also saw the return of Dr. Wu after a long time since the park fell down. But with only one motive in mind. To get back to his research. He was certainly shocked to see survivors. As well as the havoc wreaked on the island. Thanks to his experiment. But yes, he still wants it back. So what went down? Did Dr. Wu get his research back? Did kids finally make it alive from the island? Let’s take a look at what went down in the finale of Jurassic World: Camp Cretaceous Season 3.

What Went Down In The Finale?

The finale of Jurassic World Camp Cretaceous opened up to Brooklyn captured by Dr. Wu and his mercenaries. Dr. Wu is just back on the island for his research material at the lab. Fearing the fact he may create more of Indominous and Scorpious Rexes, Darius and his friends stole the files inside a  laptop, They all escaped away with only Brooklyn getting captured. Wu’s mercenaries try to get hands-on with them only to fail and ask them to come to the valley if they want their friend. 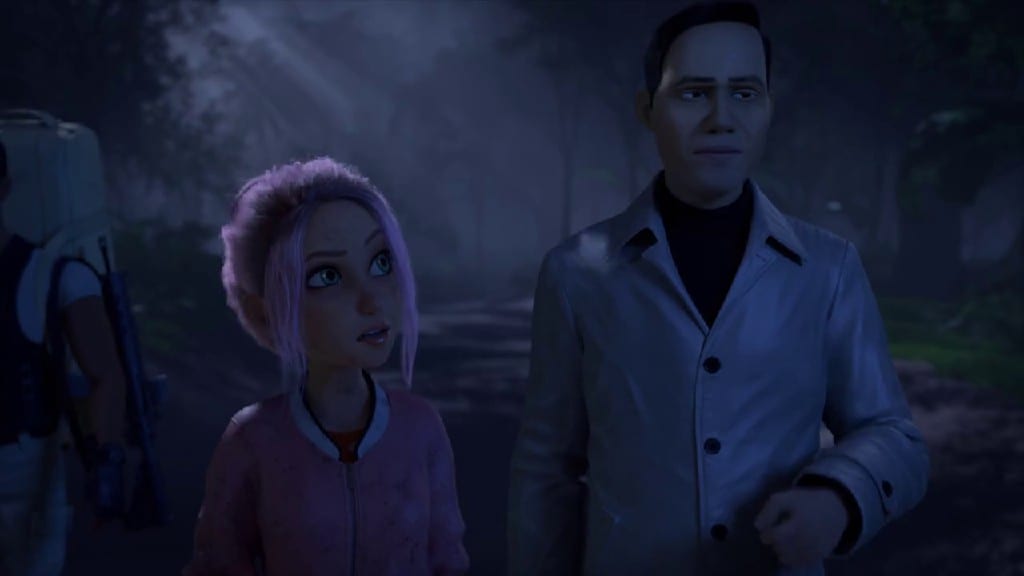 While the friends unite near the boat, Kenji is certainly not happy about the deal. So, Darius comes up with the idea to copy the research of Dr. Wu into a drive and give him an empty laptop. They have a flash drive back at camp, and so do they began their work. On the other side, Dr. Wu, Brooklyn, and mercenaries deal with dinos in the valley. As the copying is done, the only task of wiping remains, but the time limit has passed. So Kenji leaves for the exchange also with some backup provided by Ben.

The kids make an escape and in the mess between dinosaurs. Thus leading to the laptop getting destroyed. So coming back to the island was no use for Wu’s mission anymore. So he orders to leave the island, whereas the kids say their final goodbyes to Bumpy. In turn, getting on the boat leaving the island once and for all.

So what exactly went down here? Has the show sowed seeds for another season? So here is what went down. Since the very beginning of the third season, the kids tried to contact me for help. But to no answer, they decided to go in on their own. In the labs of Isla Nublar, they found the hidden research and secrets of Dr. Wu’s experiments to bring in this hybrid dinosaur called E750, aka Scorpious Rex. A far more dangerous species than Indominous Rex. 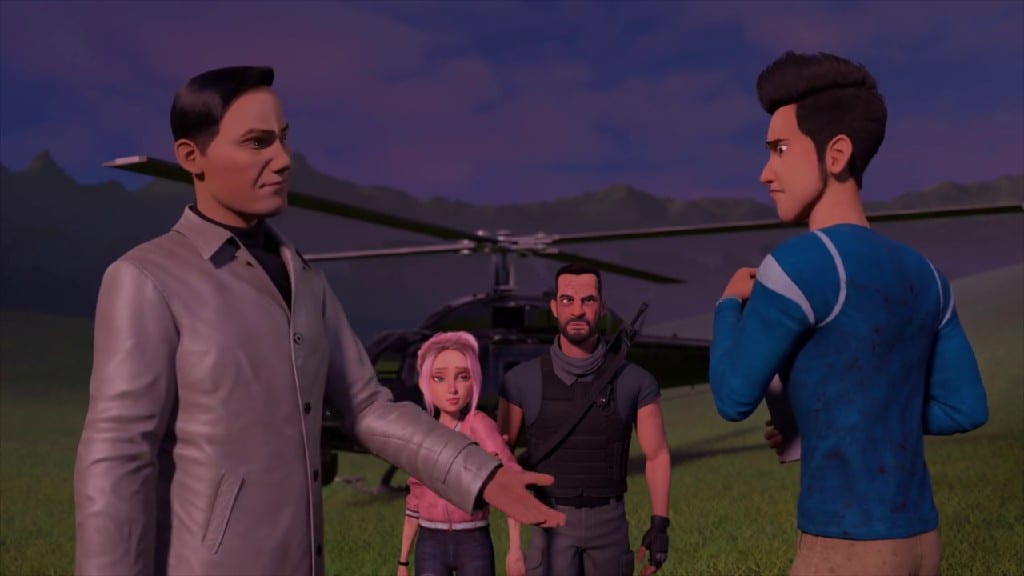 Dr. Wu made all his way back to the island only to retrieve the same research he has done and executed. The one which not only led to the falling of the park but also the release of the dangerous Scorpious Rex. Plus, it went on to multiply itself when Wu was away. Dr. Wu was shocked to see the kids survive with also acknowledging the havoc his research wreaked but still wanted it back.

The kids were afraid if Dr. Wu grabs his hands-on research back, this means more creatures like E750 returning. In fact, more dangers are coming into play. This led to the ultimate chase mentioned above, which finally led to the laptop getting destroyed. As a matter of fact, Dr. Wu might have left the island that doesn’t mean he is backing down from his research yet. After all, it’s his work that he can replicate with some efforts right. Coming to kids, they made their own escape. 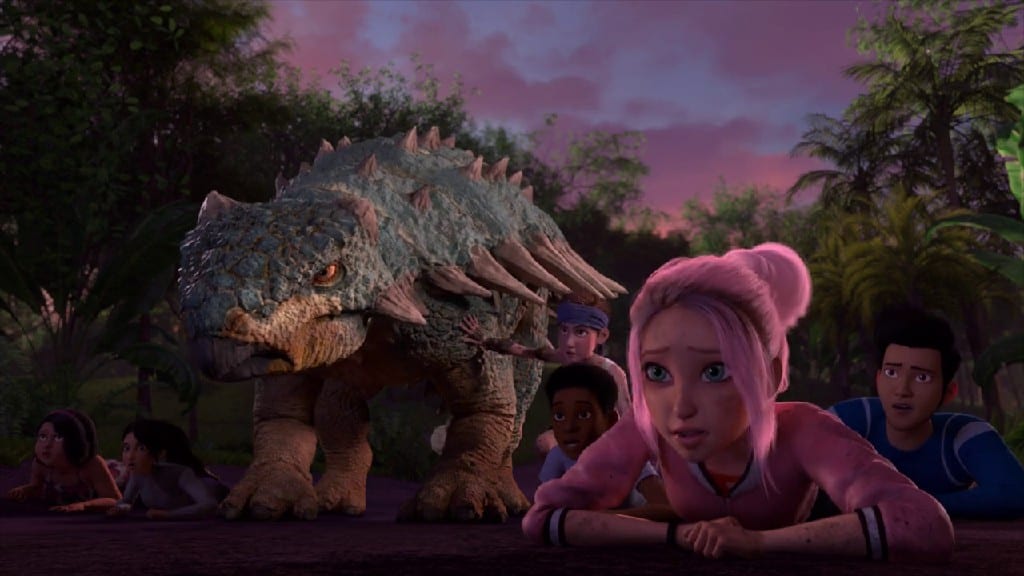 Now the question remains where this story is leading. The show takes place around the same time Jurassic World: the Fallen Kingdom begins. As in six months, in turn. The kids do have a compass and Kenji’s little skills to use the boat. But will they end up back home or somewhere else? Like Isla Sorna probably. The place hasn’t been visited since Jurassic Park III.

Furthermore, the ending moments saw the movie connecting and giving a nod to Jurassic World: Fallen Kingdom second. A dinosaur is there on the boat. We heard the roar right. So what creature is this, and will it end up in the human world with the kids. We are not sure, but it could be the baby Scorpious Rex since it multiplied itself during the third season run. Probably, Bumpy himself, the one kids bid adieu. Probably because Ben had a deeper connection with him or maybe for emergency purposes. After all, we know the fate of Isla Nublar in the future right. That is all for this season, what would be the kid’s fate would be seen if there is a season four coming, or else we have to assume they made it to home.