After deciding to rage a war against her in-laws Yoon Jae Hee is focused on making allies. While she is working for her husband's candidacy, he is having an affair with Kim Yi-seol. 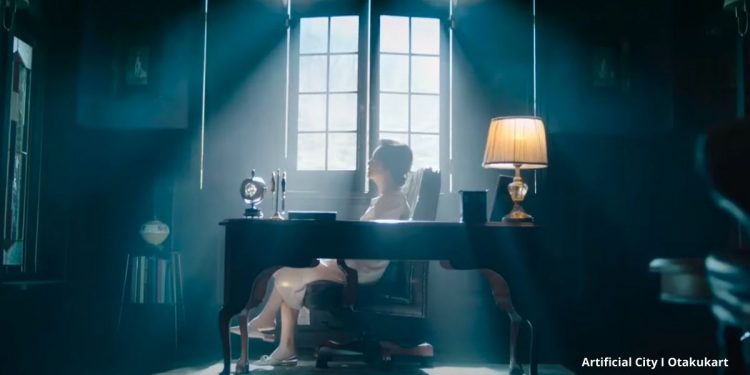 The upcoming thriller mystery ‘Artificial City’ has everyone waiting eagerly for it to release. There are a lot of speculations by fans about what will happen in the upcoming episodes. Still, the actual story will disclose only when the ‘Artificial City’ Episode 2 will release. Till then, we bring to you what to expect from the upcoming episode. The South Korean actress Park Soo Ae is playing the character of Yoon Jae Hee. The character of Jae Hee is cunning and devoted and will do anything to gain power and fight for what she believes in.

Kim Kang Woo will play the character of Jung Joon Hyuk, who is the illegitimate son of the Sung Jin group. He is also a famous anchor with a fan club of his own. Joon Hyuk falls in love with Jae Hee when she worked as an employee at the Sung Jin Group. Later, she succeeded as the head of Sung Jin Cultural Foundation and became in charge of Space Jin, an art museum owned by Sung Jin Group. Let’s find out the upcoming story of the drama.

What To Expect From The Upcoming Episode

The story of ‘Artificial City’ is about an ambitious and determined woman Yoon Jae Hee. She works with Sung Jin Group and is the head of the Sung Jin Cultural Foundation. Along with working as a head of a foundation, she is also in charge of the art museum under Sung Jin Group’ Space Jin’. In order to lead a rich life, Jae Hee dumps her long-time lover and marries Jung Joon Hyuk.

She thinks marrying into a rich family will give her a happy and satisfying life. When she realizes the truth about her marriage, it is too late. Jung Joon Hyuk is the illegitimate son of Sung Jin family, which is the most powerful and influential family in South Korea.

Being the second daughter-in-law of Sung Jin family did not bring any comfort to Jae Hee’s life, so she decides to create a position for herself. Her new goal is to help her husband, Joon Hyuk, become the next President of the Nation. Moreover, in order to achieve her goal, Jae Hee even declares war against her in-laws. This starts a cycle of controversies, scandals, and betrayal.

Yoon Jae Hee’s goal is to make her husband the next president of the country, and for that, she needs people with power. As she is looking for someone reliable, she comes across the future Public Prosecutor General. Her new ally gives her the courage to go against the Sung Jin family, but Joon Hyuk is living in a different world.

While his wife fights tooth and nail for him, Joon Hyuk is falling for Kim Yi-seol. She is a Docent of ‘Space Jin’ art gallery, and her work in charge is Yoon Jae Hee. When Jae Hee finds out about her husband’s mistress, she is ready to go to any extent to cut her out of their lives. To find out the full story, watch ‘Artificial City’ episode 2.

The ‘Artificial City’ episode 2 release date is 9th December 2021. The episode will feature Yoon Jae Hee’s fight with her in-laws over the presidential candidacy of her husband. Also, there will be a lot of speculations about Joon Hyuk having an affair with an employee at Space Jin. The South Korean drama is a thriller mystery directed by Jun Chang Geun, and the star cast includes Park Soo Ae and Kim Kang Woo as main leads. The role of Joon Hyuk’s mistress will be played by the actress Lee Yi Dam.

Where To Watch ‘Artificial City’ Episode 2?

The upcoming South Korean drama ‘Artificial City’ is a television series and will be broadcast in South Korea by its official network JTBC. People living in South Korea can watch the new episodes every Wednesday and Thursday starting from 9th December 2021. Even though many international fans are waiting for ‘Artificial City’ to release, there is no official site where they can watch the drama. If you are still interested in finding out what happens in every episode stay tuned with Otakukart.