Jung Ji So Gi So, who will be seen in the upcoming drama, Imitation, recently appeared in an interview. Moreover, she also posed for some pictorials for a magazine. The actress, who has been in the industry for over a decade, started her career as a child actor. However, now she will be leading her drama. And her fans are ready to witness her in the new fictional idol drama.

Imitation will follow the life of K-pop groups And idols. Jung Ji So’s other cast members on the show are already part of K-pop groups in real life. And during her time on the set, she got a few tips from her costars on how to prepare for the role. She must have got a few tips on how K-pop idols live and survive in the regular world. So, without waiting any further, let’s find out what lessons did the others taught to Jung Ji So. 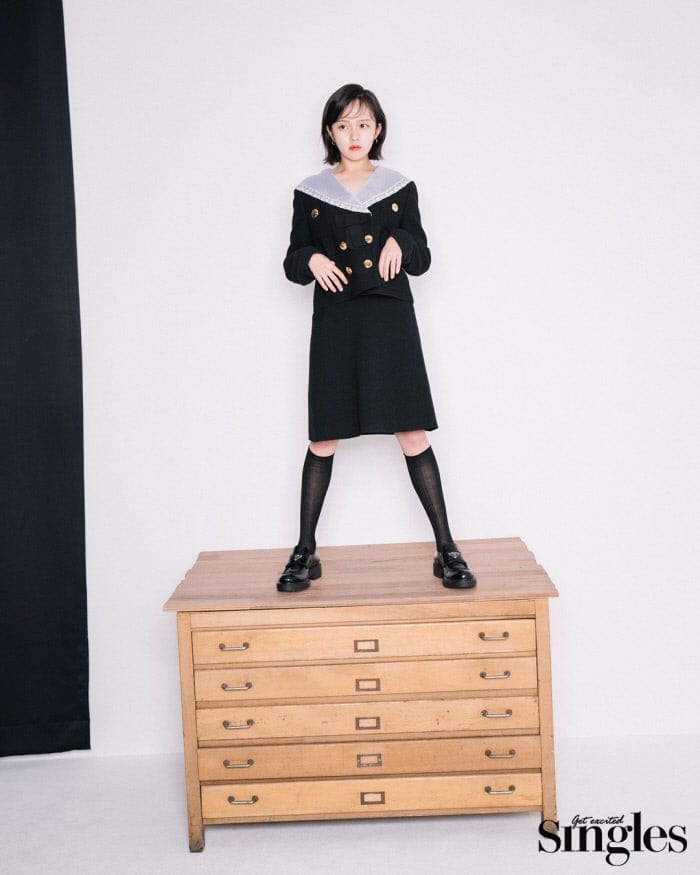 Imitation has made its debut today (May 7) on is already making the viewers want more. However, all the attention is because of the hard work that is presented by the cast on screen. It’s no wonder that they have an amazing bond behind the scene as well. The lead actress also talked about the same recently.

Jung Ji So Talks About Preparing For Her Role

Starting her interview, Jung Ji So said that she is very passionate about acting. And she knew that if she failed, she would not regret trying. The actress has been working as a child actor for a long time. However, she recently gained worldwide recognition because of her role in the super hit film, Parasite. 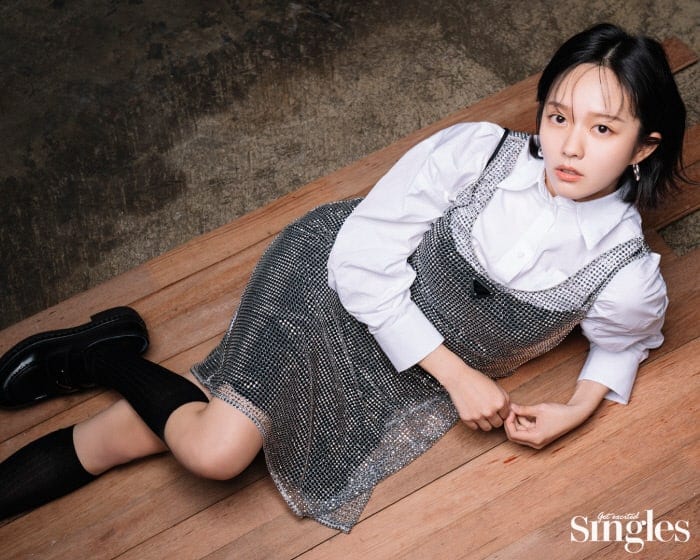 While talking about her character in Imitation, Jung Ji so said that she believes in giving all to her role. Jung Ji So is playing a Kpop idol in her new drama, and she is the center for her three-member group, Tea Party. An idol is supposed to be excellent in dancing and singing. So, her other Tea Party members, who are singers in real life helped her out.

Lim Na Young and Minseo who are the other two members of the fictional group helped Jung Ji So to get into the body of an idol. Ji-So revealed that she trained under their guidance.

Jung Ji-So confessed that becoming an idol was her dream when she was young. And she is really happy to live like an idol, even it’s for the show.

She further thanked the fellow cast members -Minseo, Lim Nayoung, Yunho, and Lee Jun-Young. Also, she said that there were times when she misses the beat. But, Yunho helped her to get on track. Moreover, her co-star Jun Young, helped her to learn the dance steps.

The response to the show has been great, and we know how hard the actors work. So, make sure to watch the new drama. You can stream it here.

Apart from Jung Ji So, the other cast members of the show are real-life K-pop idols. This is one of the reasons why many people are turning in to see the show. Imitation also stars U-KISS’s Lee Jun-Young; ATEEZ’s Yunho, Seonghwa, San, and Jongho;  SF9‘s Hwiyoung and Chani; T-ara’s Jiyeon; g.o.d.’s Danny Ahn; Boys’ Republic’s Suwoong; Rainbow’s Jisook; and former I.O.I and PRISTIN member Lim Nayoung.

Jung Ji-So plays the role of Lee Ma Ha, and her story will intertwine with another male idol, Kwon Ruk (U-KISS’s Lee Jun-Young). Although in the start they will despise each other, it will soon turn into a beautiful romance. Kwon Ruk is from a popular Kpop boy group, SHAX,  and hates Lee Ma Ha for various reasons. But, when the two are assigned to work together in drama, things might change.

The show will give you a real-life experience of how K-pop idols live and work. The show has just debuted, and one of the Kpop groups in the show has already released a song and music video. Apparently, it looks like it is a real video from one of our favorite Kpop groups.

You can watch it down below.