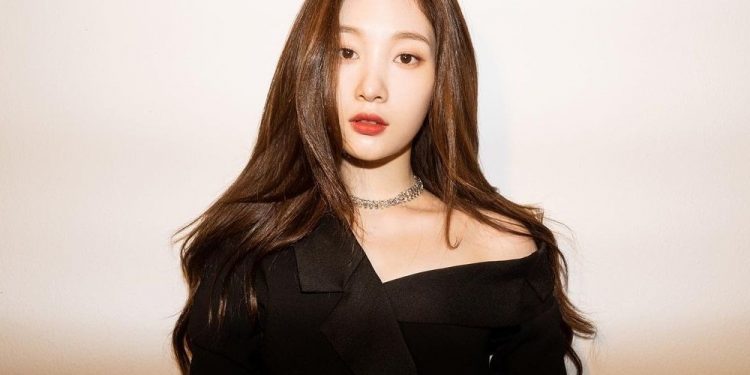 DIA’s Jung Chaeyeon and BTOB’s Yook Sungjae are uniting for a fantasy webtoon-based drama, Golden Spoon,  in 2022. Based on a popular webtoon, Golden Spoon has found its leading lady. Chaeyeon will be playing the female lead, and her agency confirmed the news for the fans. Earlier, it was confirmed that Sungjae would play the male lead. With Chaeyeon joining the MBC drama, we can get further updates on the cast and crew.

Sungjae will play the role of Seung Cheon, who trades his loving but poor life for riches after finding the magical golden spoon. Based on the webtoon of the same name by HD3, the Golden Spoon will explore the new life of Sung Cheon, who needs to acknowledge his decision to choose between the possible two futures.

Sungjae is known for his roles in Goblin, Mystic Pop-Up Bar, Who Are You: School 2015? and many others.

On 11 January 2021, PocketDol Studio confirmed that Jung Chaeyeon would appear alongside BTOB’s Yook Sungjae in the upcoming drama, The Golden Spoon. Details on Chaeyeon’s character are not out now, but she will play the female lead: most probably Lee Seung Cheon’s romantic interest.

The idol and actress has impressed fans with her impeccable beauty and several hit dramas. Her hit dramas include My First First Love, My First First Love 2, The King’s Affection, Marry Me Now, Drinking Solo, and others. Kim Eun Hee (Live Upto Your Name, Ghost Doctor) and Yoon Eun Kyung (The Snow Queen, My Fair Lady) will write the screenplay. Meanwhile, Song Hyun Wook of “The King’s Affection” and “The Beauty Inside” will direct it.

Chaeyeon will reunite with the director, Song Hyun Wook, after working together in The King’s Affection. The Golden Spoon will release in 2022. Details on the production crew, broadcasting details, and other cast members are yet to be announced. So, are you excited to see Sungjae and Chaeyeon together in a drama?

We will keep you updated with the latest details. Until then, watch Jung Chaeyeon in The King’s Affection here.