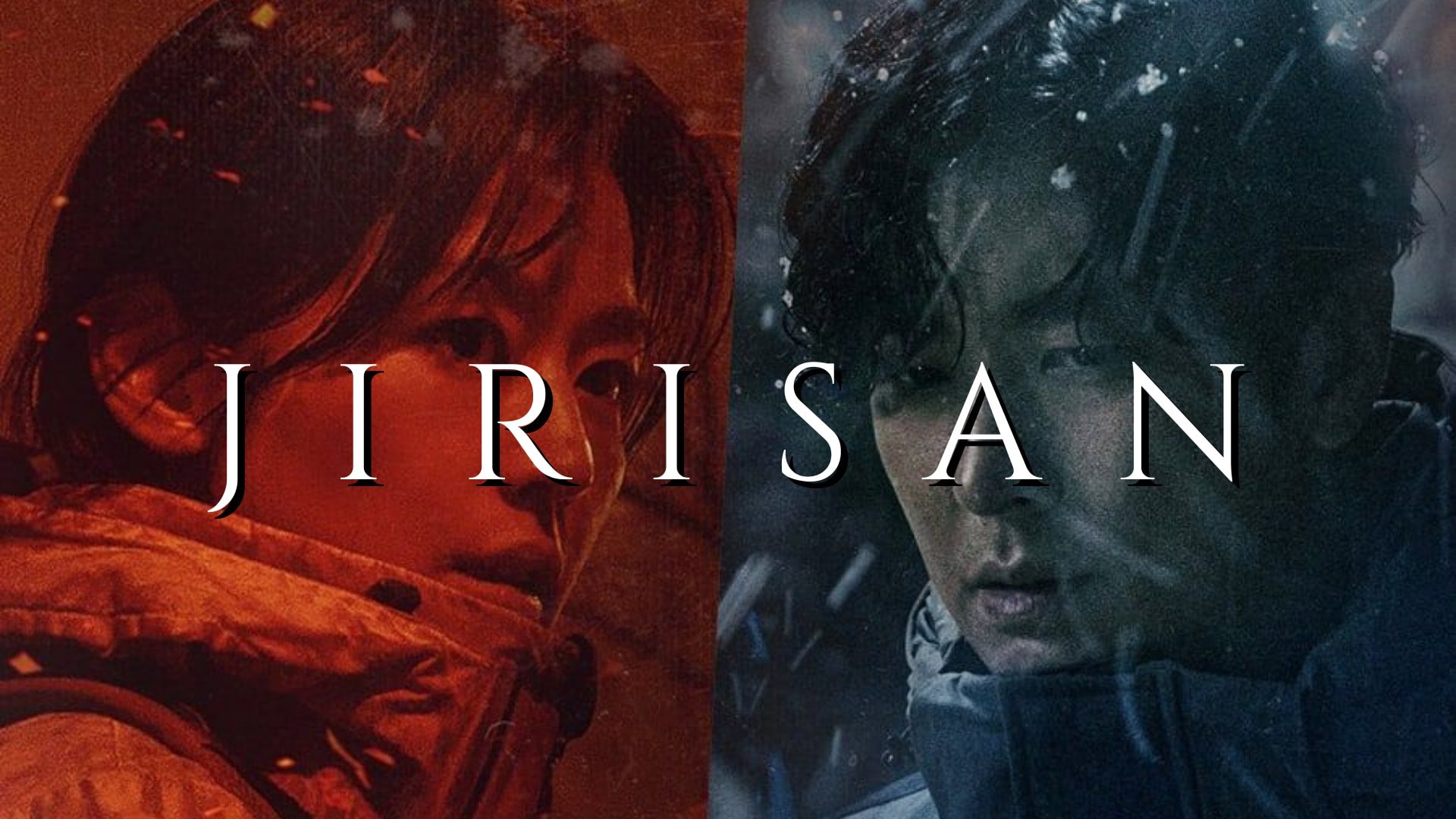 Since its first news came out, tvN’s Jirisan drama has been the center of attention. It’s coming with a complete package of fantasy, thriller, action, and mystery starring Jun Ji Hyun and Ju Ji Hoon. It is going to be their first drama together but, from the various posters and teasers, fans are already having high expectations from the pair. The drama Jirisan has dropped numerous posters and teasers, which is making fans intrigued with its storyline. Jirisan is a story of Rangers and other employees of the Jirisan National Park as they climb through the deepest and mysterious regions of the mountain to rescue the survivors and lost trekkers.

The Korean drama Jirisan aka Mount Jiri, revolves around a mystery surrounding the visitors of the mountain. Some of them come to kill while others end their lives. Seo Yi Kang (Jun Ji Hyun) is the best ranger while Kang Hyun Jo (Ju Ji Hyun) is the rookie ranger. Seo Yi Kang knows the area like the back of her hand. Meanwhile, Kang Hyun Jo is an ex-army captain with many secrets. It is written by Kim Eun Hee and directed by Lee Eung Bok, telling the tale of Seo Yi Kang and Kang Hyun Jo’s journey as they join hands and save people around Jiri mountain.

One of the most anticipated dramas of 2021, Jirisan or Mount Jiri, has unveiled its new group poster. In the group poster, with Jun Ji Hyun and Ju Ji Hoon, we see Jo Dae Jin, Jung Goo Young, and Park Il Hae. The poster shows all five with different emotions and different shades that will display in the drama Jirisan. Whereas Jun Ji Hyun colors in fiery red with a surprising feature, Ju Ji Hoon covers in icy silver winter snow with relief dancing on his face. 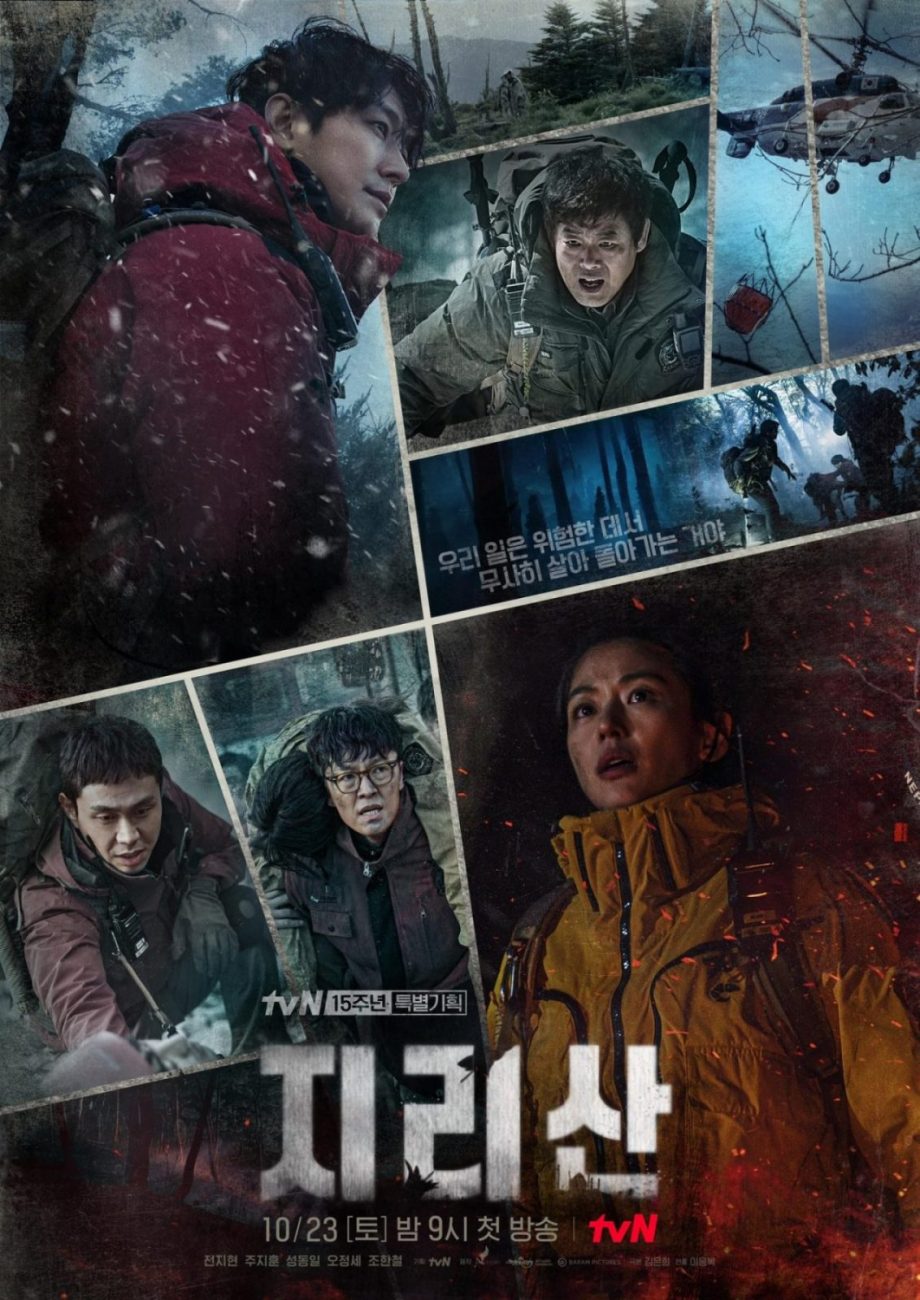 Meanwhile, Jo Dae Jin encounters something dangerous, freezing in fear. Jung Goo Young initiates help while Park Il Hae seems confused. Fear, shock, confusion, and relief are all that we will experience throughout the upcoming drama, Mount Jiri. The poster captures the determined story of the characters stating their job is to return safely from this dangerous place. Take a look at this breath-taking fiery-icy group poster of Jirisan kdrama.

Besides the group poster, tvN has also released character posters of Jirisan starring Jun Ji Hyun and Ju Ji Hoon. Jun Ji Hyun’s poster features her character Seo Yi Kang, glow in deep yellow with danger coming on her way as she finds her way out. She has excellently presented relief and worry with an intriguing caption stating someone is sending her a single from the top of that mountain. Meanwhile, Ju Ji Hoon, playing Kang Hyun Jo’s character, has shown different shades basking in solemn silence with lost and somber expressions flowing on his face. His poster gives a glimpse of the story stating the person is alive, and he is sure of it. Both captions show Jun Ji Hyun and Ju Ji Hoon will show remarkable performances. Their sweet and salty chemistry will be one of the highlights of Jirisan. 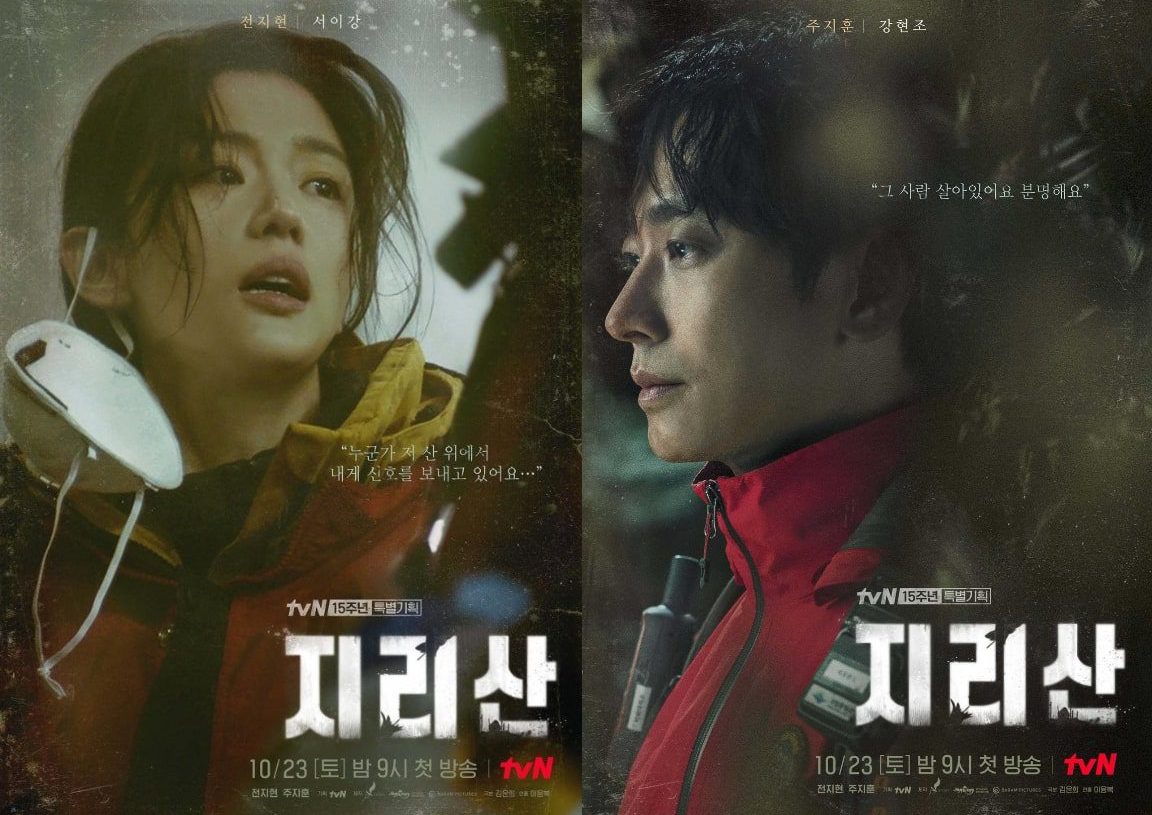 Here is the main poster of Jirisan featuring the cast, Jun Ji Hyun and Ju Ji Hoon. Once again, the two are exhibited in two different shades. Whereas Jun Ji Hyun colors in flaming red, Ju Ji Hoon covers in frosty white. Jun Ji Hyun displays a determined look with the caption saying a place she can’t climb after that day. Here we get a small flash of the plot as she mentions Mount Jiri and the dangerous incidents occurring at the place. Ju Ji Hoon appears to be lost with a solemn expression captioned saying a place he can’t break away from after that day. It clearly shows the poster narrating the thrilling tale of Jirisan drama which many fans are looking forward to. 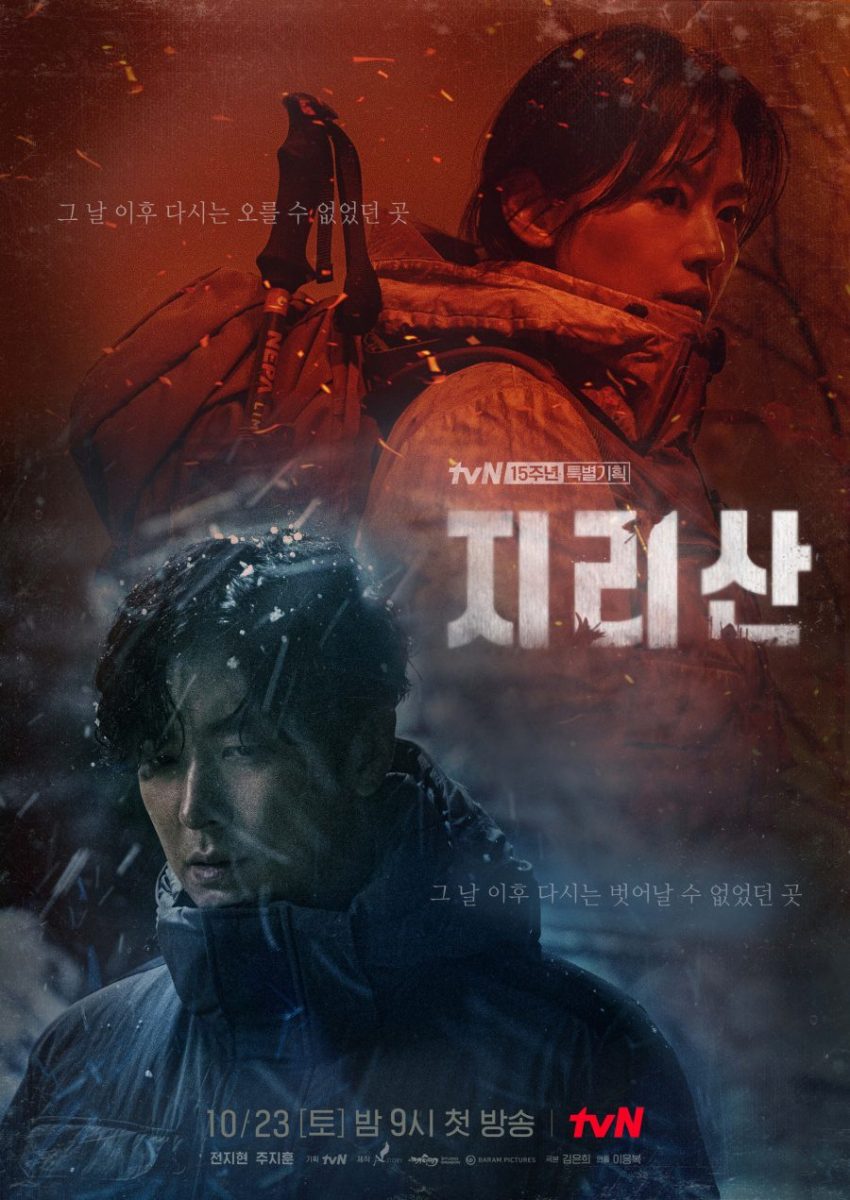 Also Read: Mount Jiri K-Drama: Everything You Need To Know

Finally, tvN has dropped a new thrilling Jirisan teaser featuring upcoming dangers our main leads will be facing. The teaser shows a life-threatening battle between the cast aginst the unknown mystery of Mount Jiri. They will fight against the time, ice-cold winter, and flaming mountain fire to save people. It narrates the tale of Rangers who are ready to dive into the deep valley of the mountain. They have to stop the deadly fate, saving people’s lives before any more lives get lost in the dense frosty Jiri Mountain.

The upcoming fantasy, thriller, action, drama Jirisan or Mount Jiri will be premiered on 23 October 2021 on the tvN channel. It is set in and named after South Korea’s Second Tallest Mountain. Also, it is titled as a tvN’s 15th Anniversary Special Drama. Most anticipated cast Jun Ji Hyun and Ju Ji Hoon with bone-chilling fantasy-action Jirisan drama taking place in the deep valley of the second tallest mountain. Thus, mark the date and watch this coming thrilling ride Mount Jiri on 23 October.