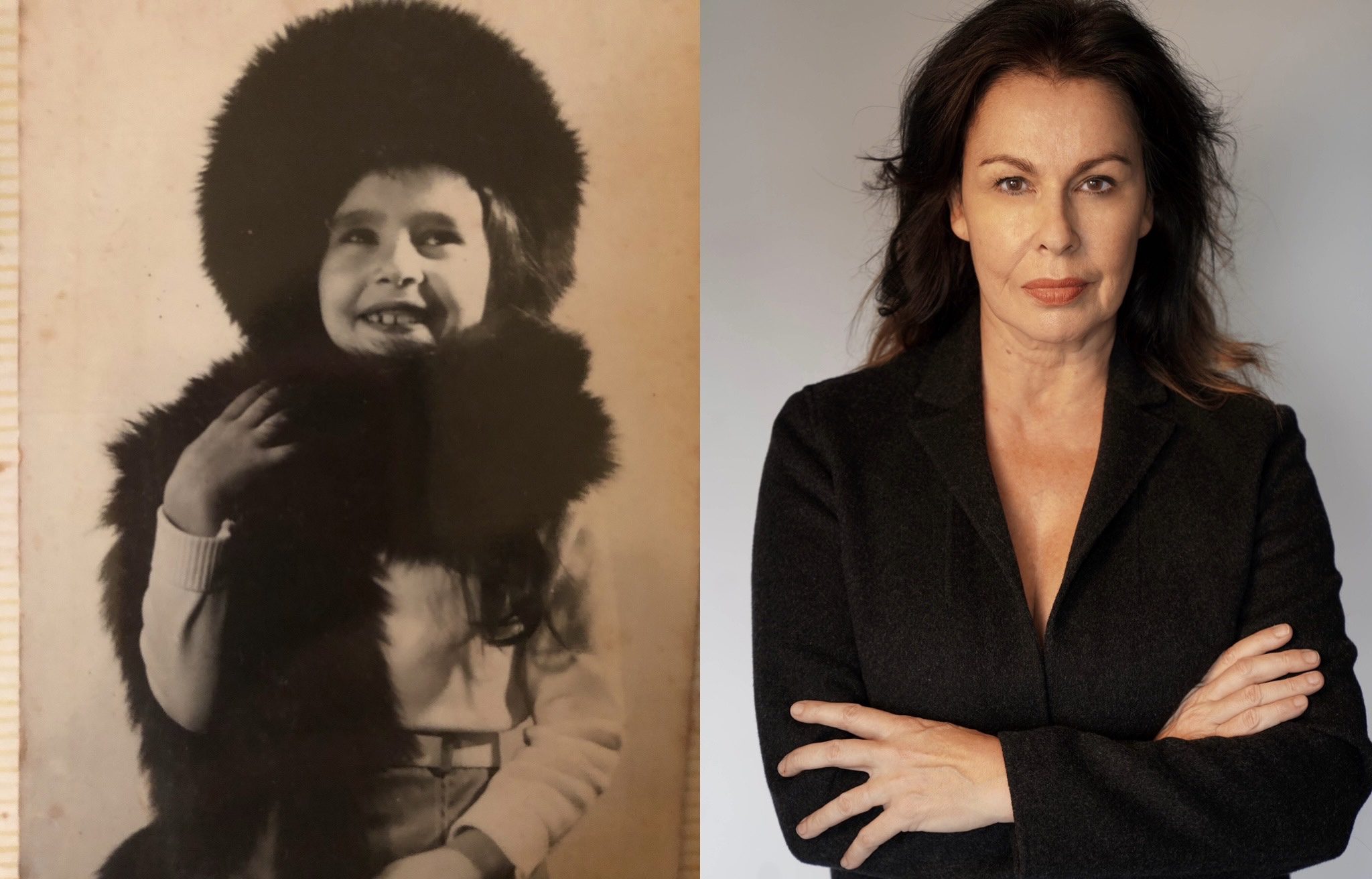 Julie Graham is a Scottish television and film actress born in Irvine, UK. Started her career at the age of 21, and till now, the 56-year-old actor’s filmography is remarkable. In her initial days, she has done a lot of Spanish movies and television. She is also a writer for her shows, including ‘Shetland’, ‘Being Eileen’ and ‘The Sarah Jane Adventure’. The interesting fact about Julie Graham is that she has done diverse roles and genres in her career, from sex comedy-dramas to thrillers.

Graham is an actress but also an activist for women. She proudly stands by the notion that older women should be cast in less stereotypical roles. Lack of older female role opportunities and especially for women of color, is not surprising at all. Therefore Graham’s 2017 show ‘The Bletchley Circle’ stars four women in their 50’s and of different ethnicities. And talking about the show, she said,

“I think what’s really good these days with all these movements is the equal representation of actresses and acting your age, all these things are representing women in the business.”

Julie Graham’s latest release was ‘Penance’ which is a thriller drama series starring Niko Mirallegro and Neil Morrissey along with Graham.

‘Penance’ is dark and twisted! It’s about a love triangle between a mother and daughter with a young man. The series is available on Amazon prime, and the description goes like this, “Rosaline Douglas’s world is collapsing following the mysterious death of her son. The arrival of a handsome young man brings a spark of hope for the future of her household. But maybe there is more to Jed than meets the eye.” 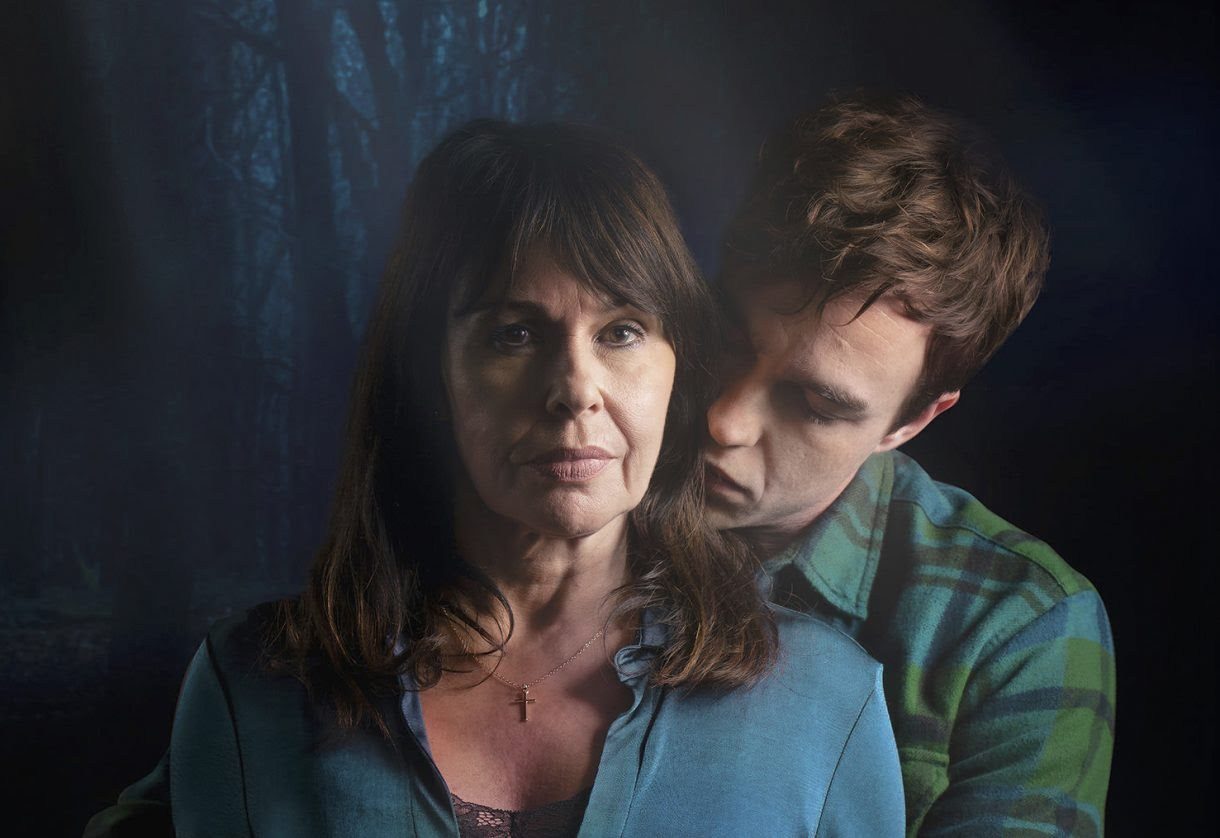 Rosaline is essayed by Julie Graham, and Jed is Nico Mirallegro. Unlike the majority of Julie Graham’s works, Penance has a pretty serious storyline. ‘The Bletchley Circle’ is another one of Graham’s famous works. It is sort of like an all-female Sherlock Holmes series. Four women who worked as a code-breaker once returned to their OG selves after an intriguing unsolvable case came into the picture. 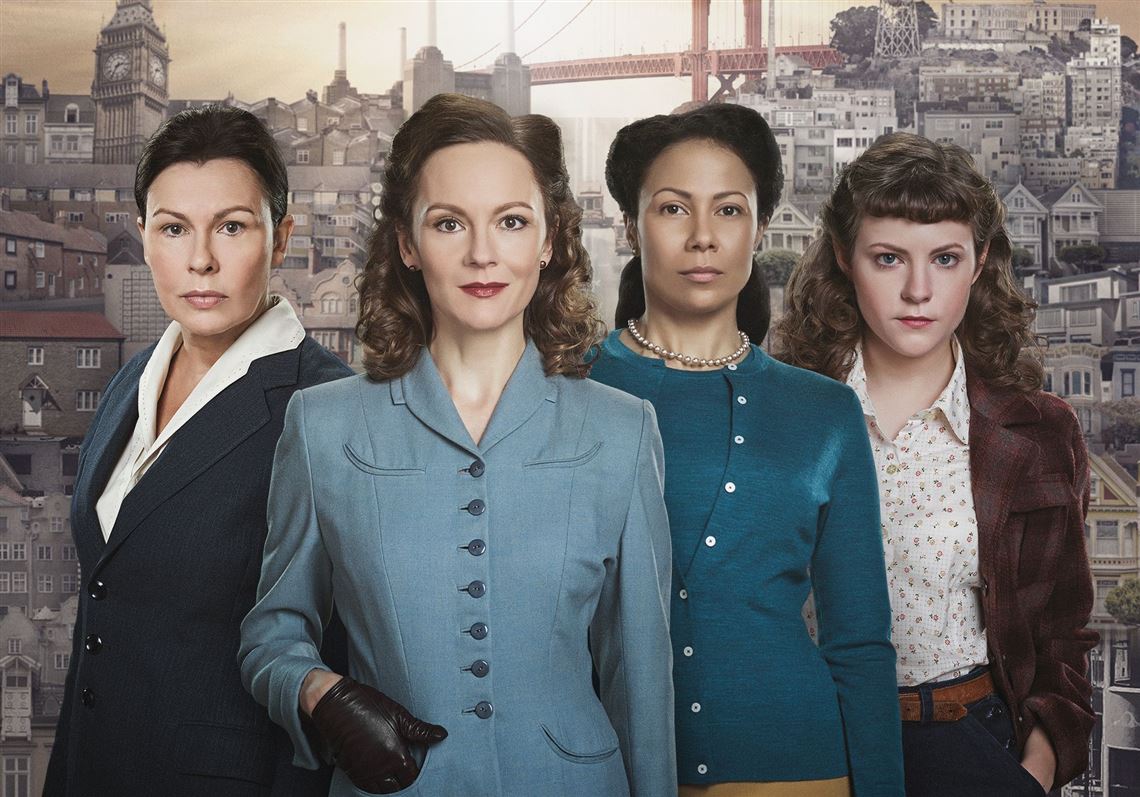 Set in 1952, the show first aired in 2012. The premise of the two-season drama series is based on real life. And the story is taken from real women who worked at Bletchley Park during World War II. As you know, women weren’t allowed to be part of investigations back in the day. Similarly, the characters of the show are mere observers of the case first. But the drive within them couldn’t see the failure of the case, so these women decided to hop in and solve it, secretly!

A British sitcom named ‘Benidorm’ is another show Graham is part of. She joins the cast in the later seasons as Sharon Dawson, the mother of the Dawson clan. 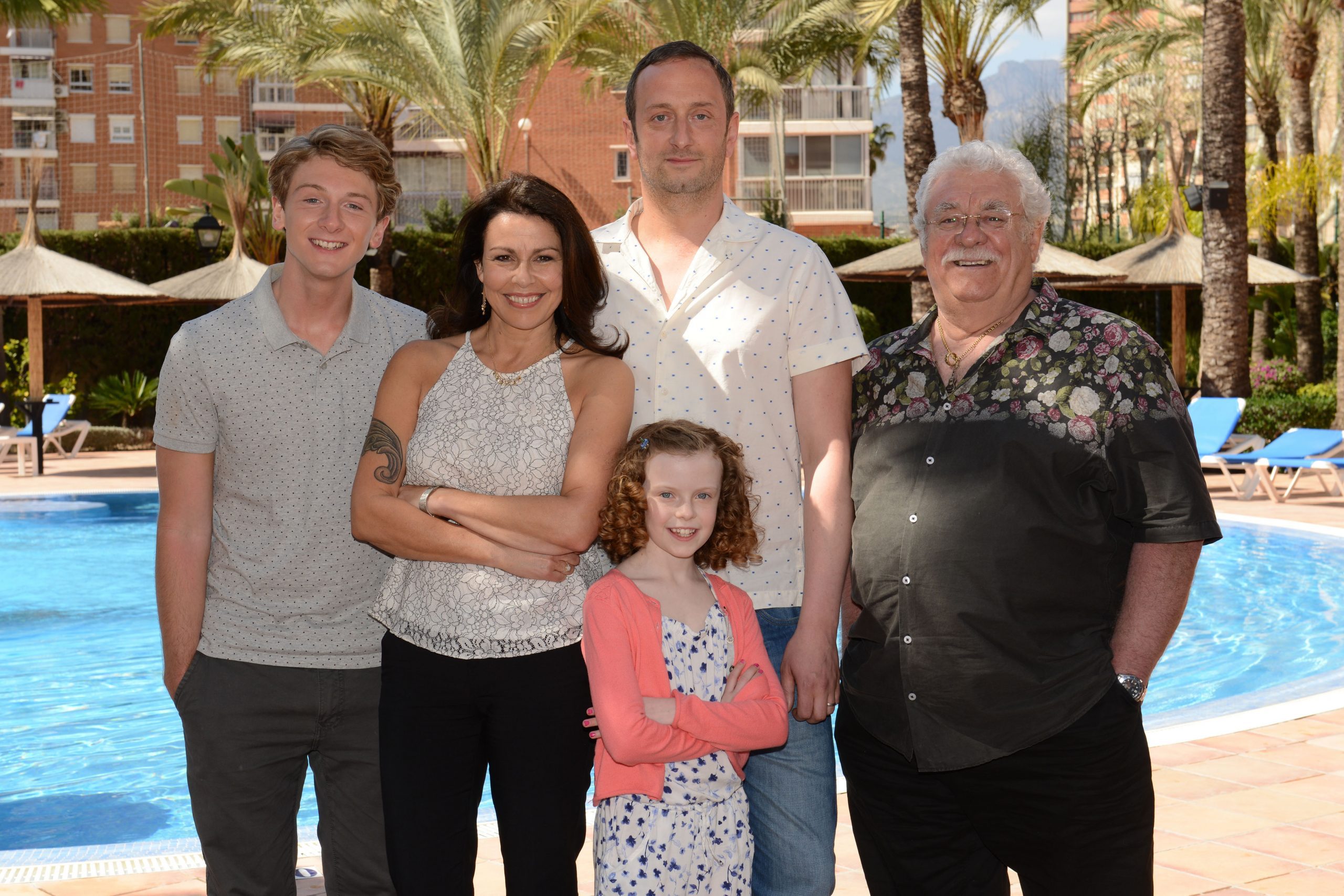 Benidorm: Julie Graham and the rest of the cast

In the early years, Julie Graham has been part of several movies, including the sex dramedy, ‘Preaching to the Perverted’. The story is about a computer wizard named Pete, who is summoned to investigate the S&M subculture. To investigate, Pete infiltrates a sex club in London. But in doing so, he meets Sex Goddess Tanya Cheeks and falls in love with her.

Julie Graham plays Eugene’s supporting character in this movie, But she sure has some bold scenes here and there. 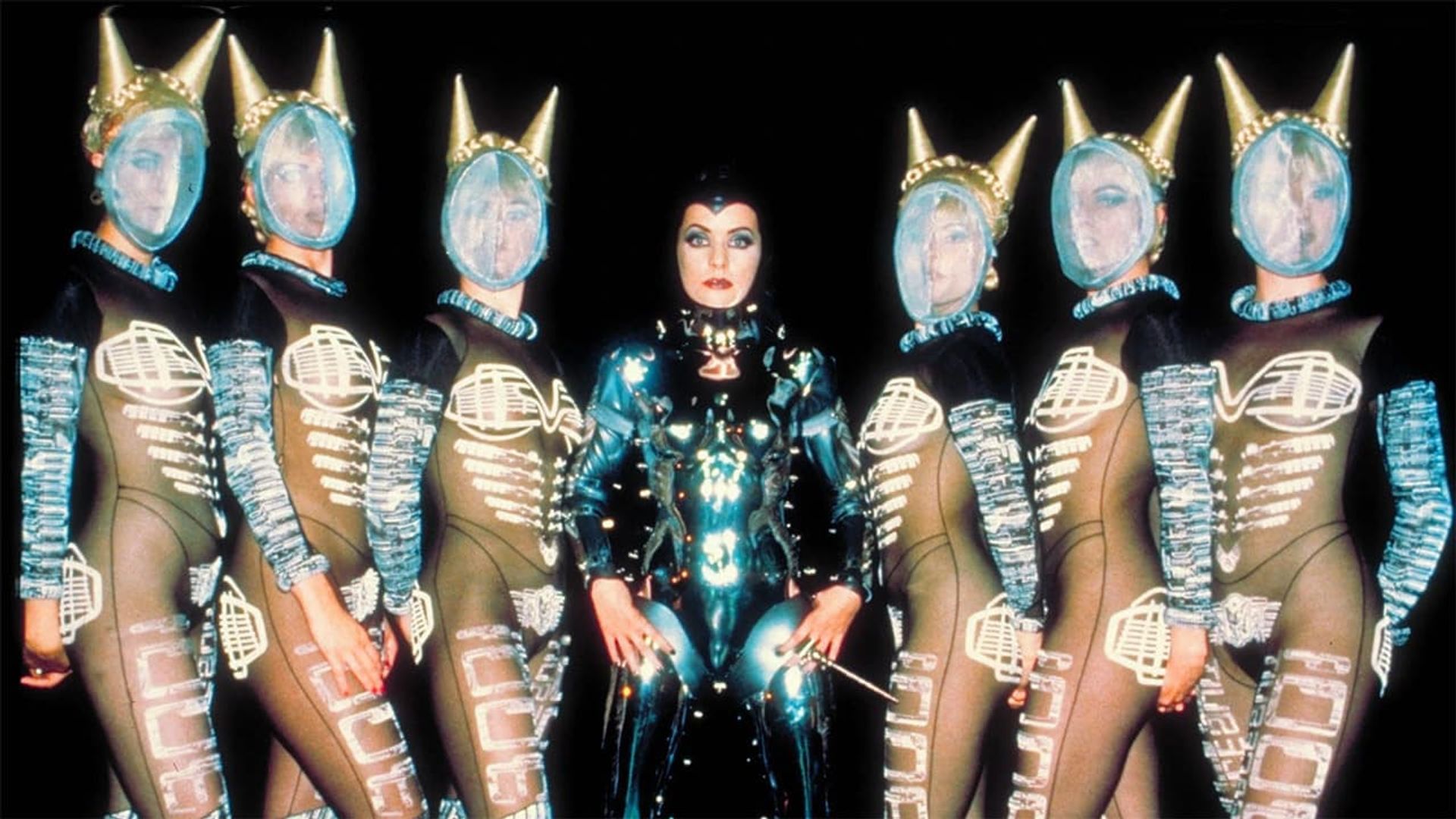 A clip from the movie: Preaching to the Perverted

Let’s dive deeper into Julie Graham’s filmography, shall we? She started her career at a young age, and one of her earlier movies was ‘The Fruit Machine’ (1988). A road trip movie of two gay teenagers who hit the road after witnessing a murder at a gay nightclub called The Fruit Machine. Hazel is an animal activist in the movie and is played by Julie Graham.

Another one of her comedy/drama movies is ‘Dirty Tricks’ (2000). Interesting take on a delusional tutor who believes he can manipulate people easily. But the ironic element here is he is the one who gets manipulated throughout the movie. Julie Graham plays the wife of the tutor’s friend and ends up in an affair with the tutor himself. 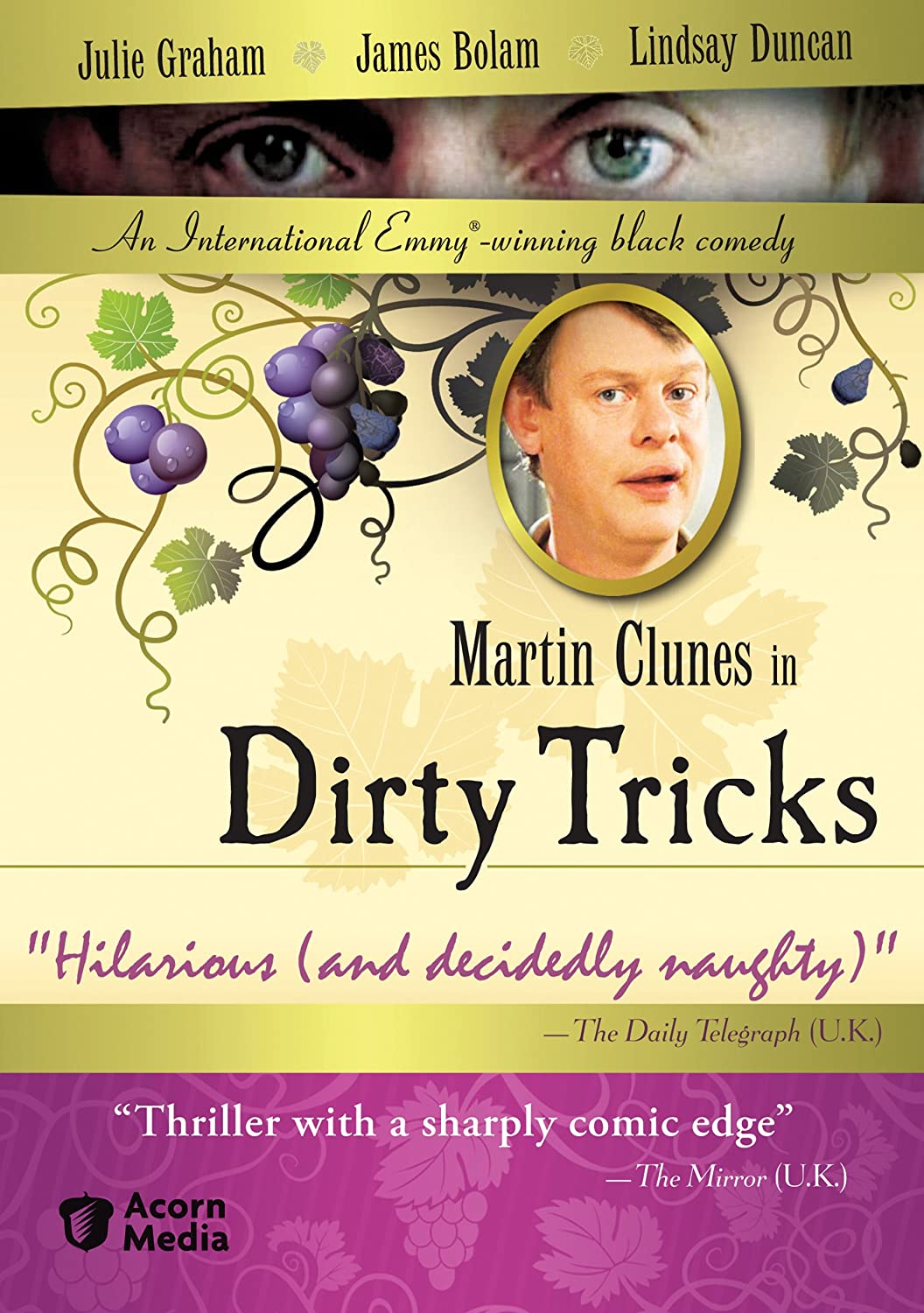 ‘Some Voices‘ is another unique story, about a schizophrenic man (Ray) and his caring brother(Pete). Pete who is a dentist is extremely dedicated to his brother’s health but the turn of events that occurs after Ray stops taking his pills is what holds the movie.
The movie is essentially about two brothers and their bond and also relationships with others. We see relationship struggles between Pete and his love interest Mandy (Julie Graham) and between Ray and Laura. This movie deals with a very sensitive subject which makes it a special one!

‘Shetland’ is Netflix’s famous crime television series which also stars Julie Graham as Rhona Kelly. Another epic crime investigating series that is loved by millions of fans. Julie Graham’s incredible acting chops take this series to another level. Fans are waiting for season two of Shetland which is releasing around the fall of 2022, as per the official announcement. 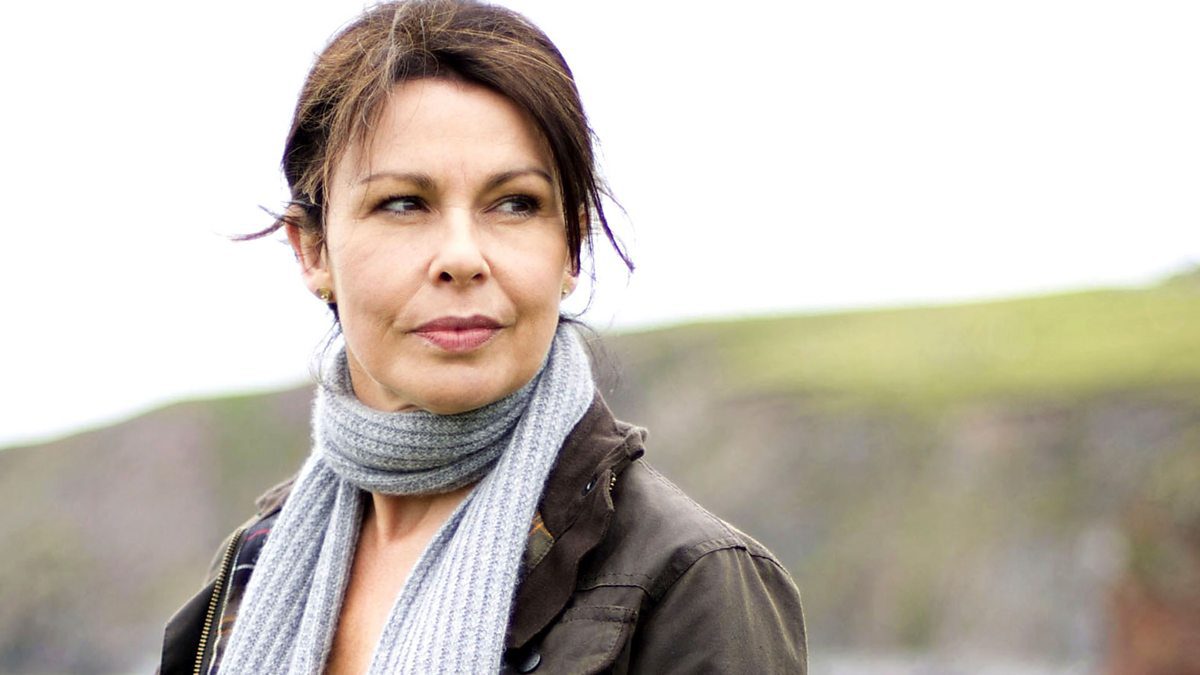 The long list of unique work done by Graham ‘The Sleeping Room’ (2014) stands strong. A psychological gothic tale of Victorian revenge which is a completely unusual genre-mixing psychology and goth together, who would have imagined? The movie didn’t do that well but there is no doubt in the outstanding performance of Graham as the main lead.

Julie Graham is the star of the BBC Christmas special movie called Lapland, and her character from this movie got a spin-off show called Being Eileen. Apart from the feature roles, she has also done appearances in a lot of movies and tv shows. Another British crime drama series called ‘Midsomer Murders’ features Graham in a two-part appearance in one episode of season 15 as Dr. Laura Parr. She also appears in one episode of the BBC series ‘Death in Paradise’ which is a British-French crime drama tv series.

Several other British television series that air on BBC and ITV network, which Julie Graham has been a part of includes, ‘The Bill‘. She played Lisa Kennedy in this British police procedural television series and Megan Hartnoll in the British comedy-drama ‘At Home with the Braithwaites’, Alona Cunningham in ‘Between the Sheets’, Alice in ‘Harry‘ and Mary Gilcrest in ‘Willam and Mary’ is Graham’s other roles amongst many.

Julie Graham was born in Irvine, UK. She was raised by a single mother until her mother succumbed to lung cancer. Later, she moved to London to pursue her passion which is acting. And now, people know her as a successful actress.

She married actor Joseph A Bennett, who tragically died committing suicide in 2015. A shocking turn of events that changed her life! Even though Graham was left alone with her two daughters Edy May and Cyd Betty, She didn’t lose hope. Her continuous perseverance is what made her today and made her a part of more than 70 films and series.

In 2008, The Times magazine said this about Julie Graham, “the small screen’s resident raver, a one-woman festival of naturism” 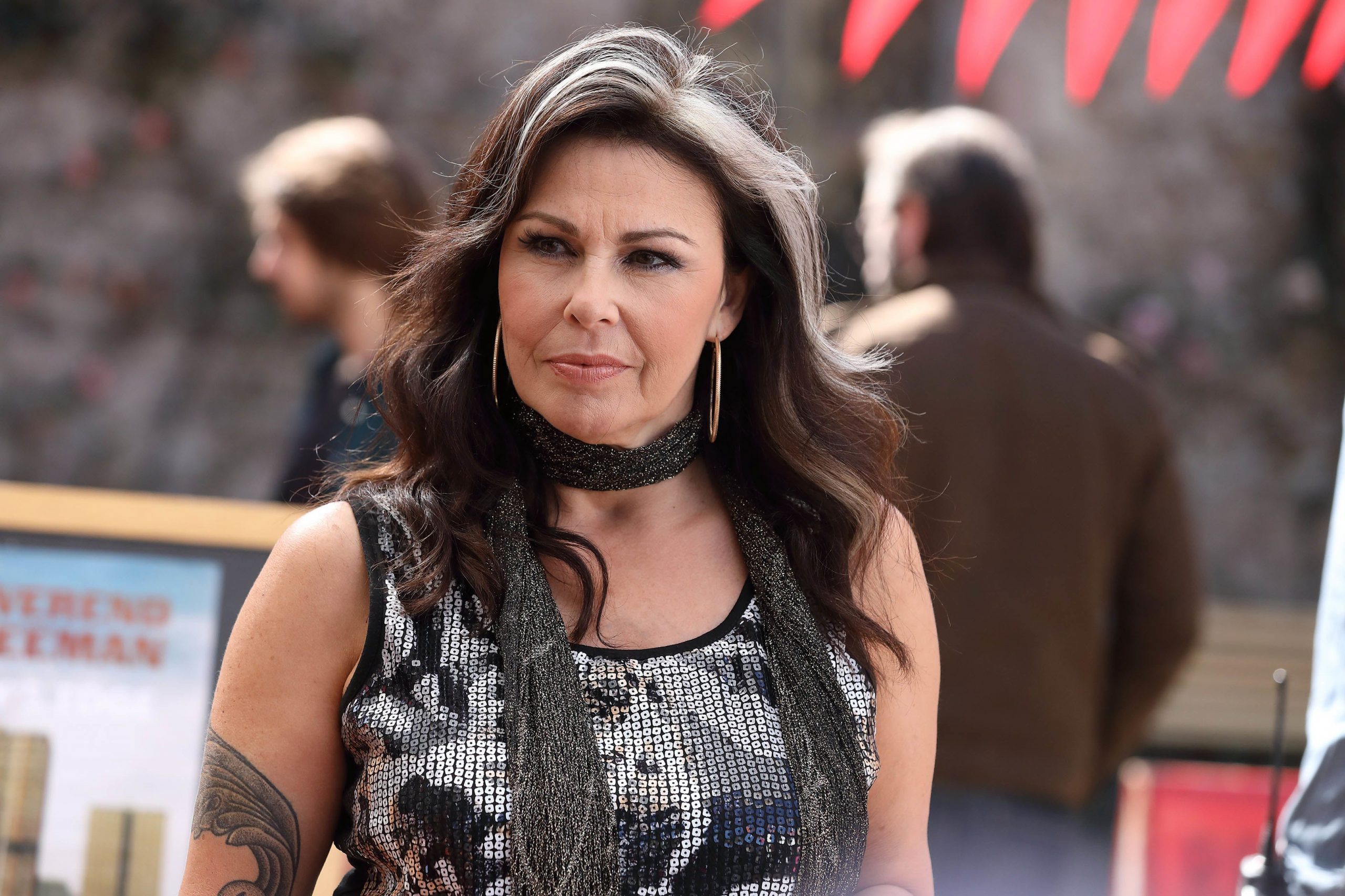 Graham’s choices of roles in her career are truly unique. She is a part of varied genres of movie/tv shows, from sex dramedy to stories about homosexual people. From thrillers to sitcoms to psychological gothic films Graham showed her versatility and talent as an actress. She is a lesser-known actress worldwide but surely is amongst the finest actresses in British television. After more than 30 years in the industry, it is safe to say that Graham is one of the OGs and is someone who really knows and understands her craft as an actress.

In many interviews, she addresses issues regarding the limited portrayal of women or older women. A strong independent woman who advocates for the woman of color and age and their voices. Julie Graham is truly an inspiration to women of color and women in general. Even at the age of 56, Julie Graham is shining on our screens and we are loving it! Fans, please look forward to her delivering more such brilliance in the future!

Also Read: Best Movies and TV Shows of Orpheus Pledger That You Should Know About