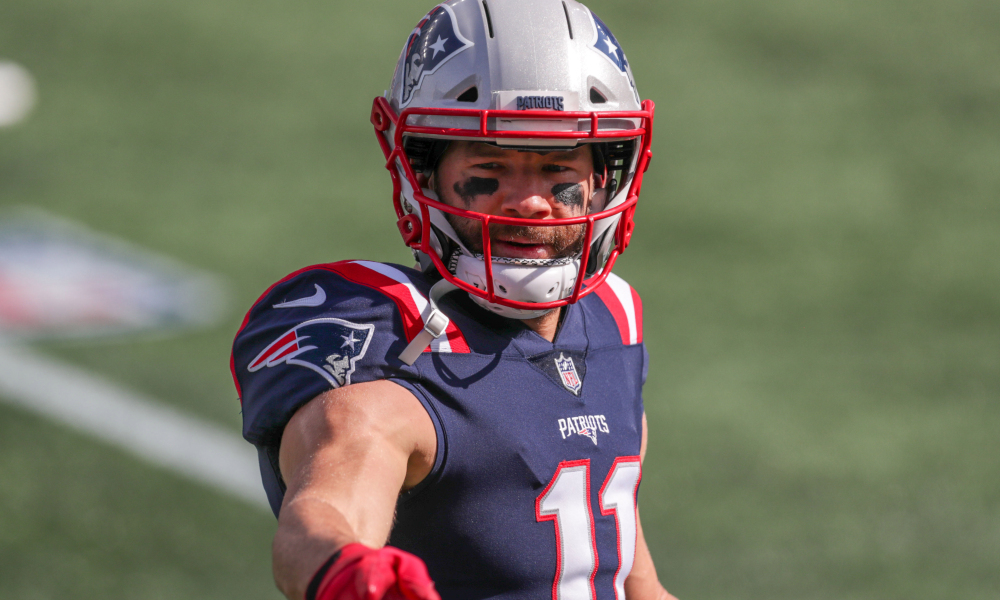 With a 12 season-long NFL career playing for New England Patriots, Julian Edelman officially bid adieu to the field last Monday. The former American football wide receiver started his NFL journey in 2009. He got selected in the seventh round of the 2009 NFL Draft. Initially, Edelman started out as quarterback at Kent State. Throughout his career, he transitioned into a punt returner and soon for a wide receiver role. Edelman is considered one of the most productive postseason receivers. Plus a three-time Super Bowl winner, which includes Super Bowl XLIX, Super Bowl LI, and Super Bowl LIII. All this despite never getting selected to a never selected to a Pro Bowl.

Today, as Julian Edelman says, a final goodbye. Here we are taking a look at his Net Worth in 2021 and Earnings. His childhood and his transition into one of the biggest names in NFL history. Right from being a primary offensive to one of the greats. Let’s begin.

Julian Edelman’s Net Worth In 2021

Julian Edelman’s Net Worth in 2021 is around $25 Million. All his earnings are part of his long-standing 12 season career at NFL, solely playing for New England Patriots. He started out through a four-part deal in 2009 and resigned it later in 2014. Thus, compensating his earnings with a salary of around $6 Million. He has appeared in a number of commercials and TV shows as a presenter, for example, on America’s Top Model and two times at the Grammys.

Apart from the NFL career, Julian Edelman is keen on writing as well. He has written the books Flying High, Flying High 2, and Relentless. Plus, he also owns a clothing brand for shirts and jeans. The brand is a collaboration with Joe’s Jeans. Thus, all of the projects apart from the NFL also contribute to Julain Edelman’s Networth.

Julian Edelman hails from Redwood City, California. He was born to his mother Angela and father Frank Edelman with siblings Jason and Nicole. His father worked as a mechanic owing the A-1 Auto Tech. Edelman studied at Woodside High School in Woodside, California, and played football and baseball. Soon becoming the quarterback for his high school team in his Junior years. Later he embarked on a streak with a 13–0 record in 2004 and had 2,237 yards and 29 throughout his high school days. 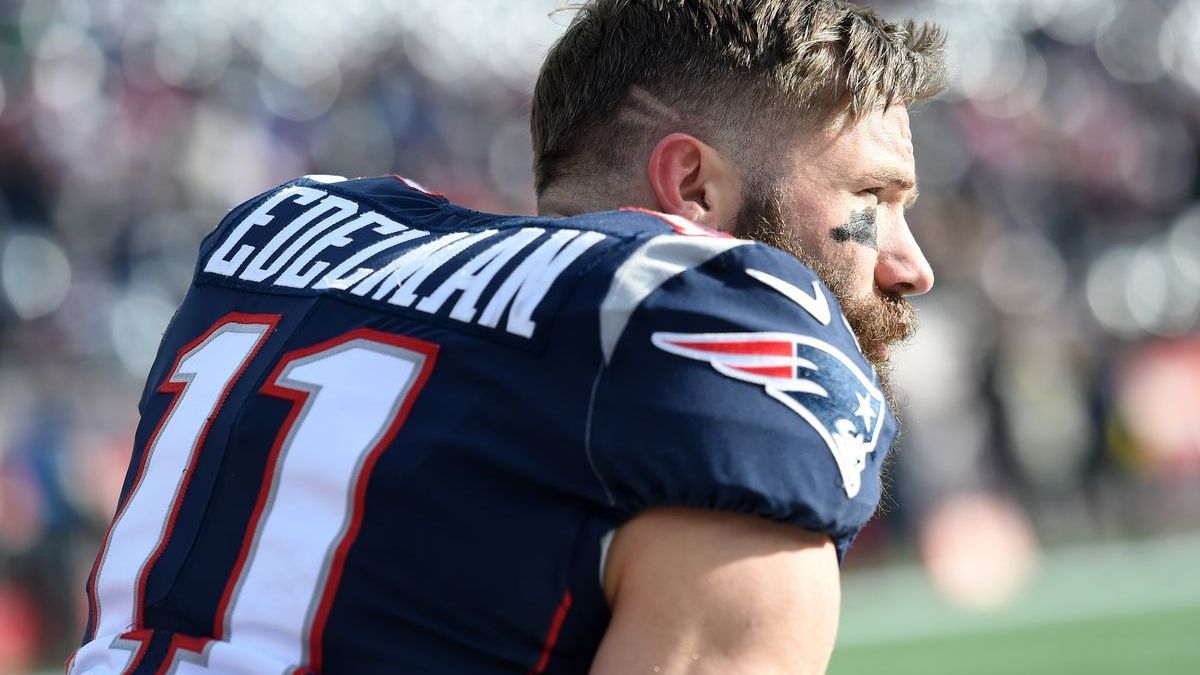 Julian Edelman On The Field

Also Read: What Is The Net Worth Of A-Rod A.K.A. Alexander Rodriguez?

Initially, becoming a part of the NFL was difficult for Julian Edelman, even with his college career. After being rejected, Edelman went on private workouts, and eventually, New England Patriots selected him with four years contract starting July 16, 2009. Edelman’s first year as a rookie saw him recording 37 receptions, 359 yards, and one touchdown. Following his debut, Julian Edelman worked on himself year by year to come up transitioning into different levels.

The success saw him setting a record of 105 receptions for 156 yards and six touchdowns in 2013. Eventually, the Patriots won the AFC Championship game. The Patriots marked their victory over Seattle Seahawks to win Super Bowl XLIX receiving 109 yards on nine receptions. Edelman signed another four-year contract with the Patriots in 2014. 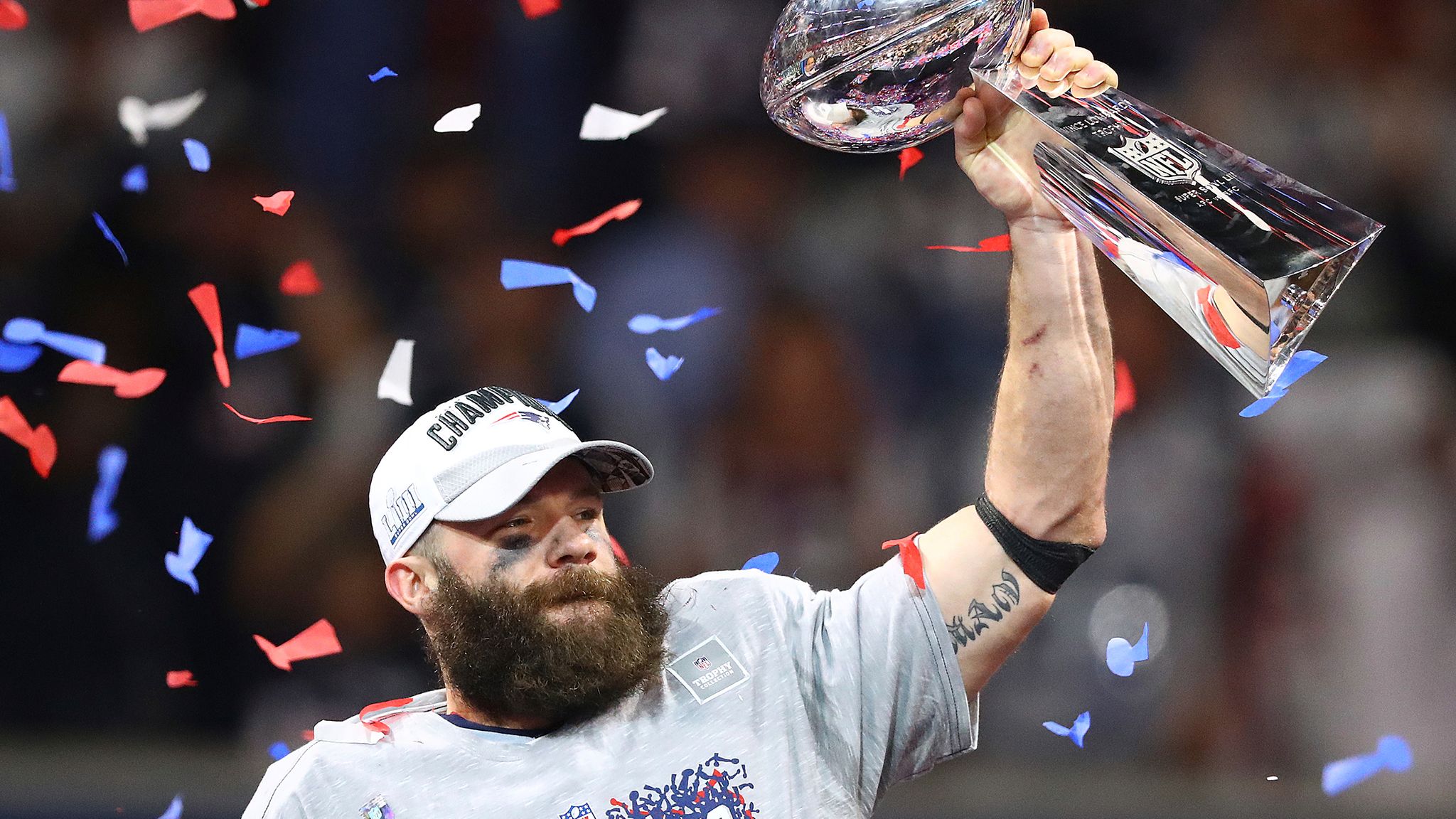 In 2015, Edelman was ranked on ‘NFL Top 100 Players of the 2016’. Following his success, Julian Edelman received a few setbacks due to injury. In 2015, the player went on to play with foot surgery and still managed to win Super Bowl LI. But in 2017, an injury cost him an entire season.

With major setbacks came a big return. Julian Edelman’s 2018 return saw him becoming the Super Bowl MVP. The Patriots won over Los Angeles Rams in the Super Bowl LIII. The game saw Julian catching ten passes for 141 yards. Thus, he also became the first wide receiver and Jewish to be crowned as MVP. The final years saw Julian signing a two-year contract in 2019 and competing with 100 reception for 1117 yards and three touchdowns.

Recently, Julian Edelman announced his retirement from the career. He went on to Twitter to share the difficult news. The retirement comes off due to an injury, but it is the right decision for him and his family, as said by the player himself. You can check out his retirement video below.