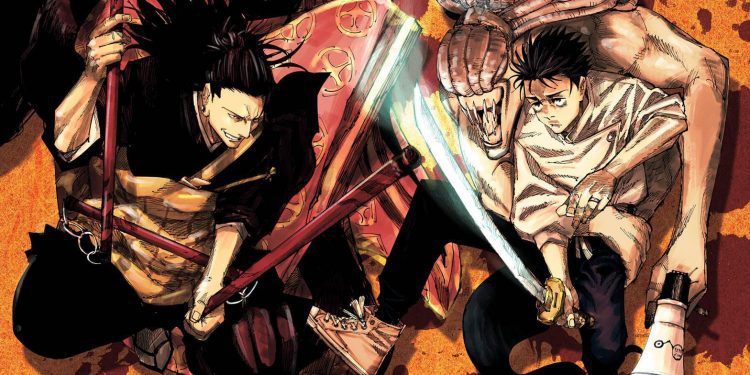 It’s the beginning of the year, and we are welcoming not just the new year but also several new anime, manga, shows, and whatnot. However, what awaits ahead is Oricon’s sales list, giving us a look at all the manga series that broke records in the past year. For those who don’t know, Oricon has been monitoring the sales of different entertainment media since 1999, starting from music albums to manga books. The precise and accurate data provided by the brand’s experts is one to look forward to.

In a year, Oricon is on a constant lookout, keeping track of the sales digits. While we are definitely enthusiastic to see the half-yearly list, the brand recently released Oricon’s Top 10 Weekly Chart by series. Unsurprisingly, Jujutsu Kaisen is on the top of the list, followed by nine more manga series that did wonderfully in the past week.

Jujutsu Kaisen has been breaking record after record ever since the manga’s launch in 2018. While the manga topped in sales in 2018, its anime adaptation took over awards and attention after its release in 2020. The excitement was yet to keep going with the release of the Jujutsu Kaisen movie in late 2021, which saw a tremendous opening on the first day. However, we are more curious to know which other manga series made it to Oricon’s Top 10 Weekly Chart. Although we saw Jujutsu Kaisen making it, yet this year’s first sales chart brought us quite a lot of surprises.

On 6 January 2022, Oricon updated its viewers with the first sales chart. The chart counts the number of manga copies sold in the past week in a ranked manner. This chart monitors manga sales between the period 27 December 2021 and 2 January 2022. What’s absolutely astounding about the chart is that 70% of it is manga published by Shueisha, which makes it the publishing house with the most popular manga series. Other publishing houses whose manga series made it to the chart are Kodansha, followed by Tokuma Shoten.

One Piece, which had been ruling the Oricon charts for decades, was replaced by Demon Slayer in 2018. This year, it is pushed beyond the top 5, with the new generation manga series taking over the first five spots.

10 Most Popular According to Oricon’s Weekly Chart

Manga sales, in general, have skyrocketed in recent years, and the same goes not only for Jujutsu Kaisen but for the rest of the manga series on the list. Here’s a complete detail of the top ten most sold manga at the beginning of 2022, derived from Oricon’s Top 10 Weekly Chart by Series.

Jujutsu Kaisen’s charms are not unnoticed, and with the genius plot, it makes sense why the manga is selling like hotcakes.

One of 2021’s biggest anime was Tokyo Revengers, premiering in the spring. However, the manga was immensely popular before its anime release, although the sales count seems to have exploded since the anime was released.

Kimetsu no Yaiba is always trending, thanks to its superb storyline and easy-going humor. Within a week, the manga has sold an ample amount of its copies, proving that the hype around Demon Slayer has not yet died out.

Ranking quite high in the chart, the Record of Ragnarok is taking over new generation manga lovers. If you haven’t read it yet, I hope these numbers are convincing enough to make do so!

One Piece has always been known to be the most sold manga series. Earlier in 2021, the manga even exceeded Batman in terms of sales. In the past week, too, the manga did splendidly, almost 95,000 copies.

Sports genres are a gem for fans of manga and anime. Taking away a lot of attention from readers all over Japan and even overseas is Blue Lock.

Modern-day comedy is best portrayed on Spy x Family. The manga has been earning several new releases since its launch.

Haikyu is one of the popular examples of a popular sports manga. Now concluded, the manga continues to thrive with sales.

Kaiju No. 8 is the only manga without an anime adaptation in this list. The manga has been doing extremely well so far and is one that must not be missed at any cost.