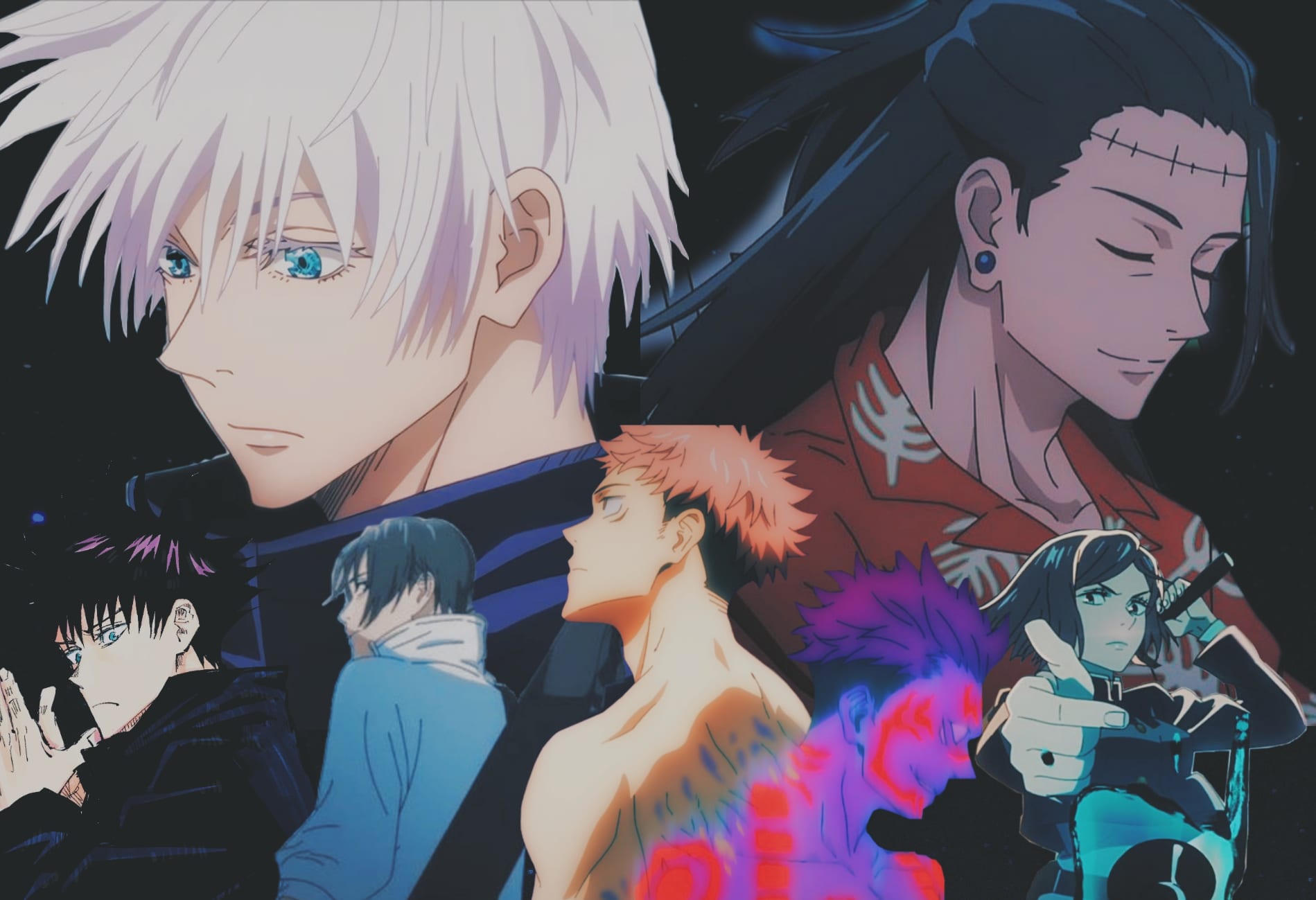 Jujutsu Kaisen season 1 might have come to an end, but it’s no doubt that the story has only just begun. The anime took over the hearts of a million fans gaining popularity beyond even the mangaka, Gege Akutami had imagined. MAPPA’s clearly brilliant efforts in the making of Jujutsu Kaisen were stamped through each scene. The anime develops through every plotline in unmatched grace and impeccable design. Jujutsu Kaisen was the best anime of Fall 2020 and Winter 2021, at least in my opinion. The anime lasted for a total of 26 wonderful episodes, leaving us viewers craving for more.

As the anime ended and the curiosity to know more grew, most fans turned to the manga. The manga has a lot of content still left to be animated after the last events shown in the season 1 anime. A movie was announced shortly after the first season ended. On March 27, a teaser trailer was also released of the same. The movie will be titled “Jujutsu Kaisen 0”, featuring the events from the prequel manga of the series. This prequel is the first arc of the series, called the ‘Cursed Child’ arc. Here the lead will be taken over by Yuta Okkotsu, a character who was only shown for a glimpse in Episode 6.

Jujutsu Kaisen Season 2 after the movie is more or less pretty obvious. Especially since the manga has had better than simply good sales. So, what will this second season hold? Seeing how well the manga is turning out, I can promise nothing but just good things in another season. Here’s a quick summary of what holds ahead in Jujutsu Kaisen season 2.

Jujutsu Kaisen: The Story So Far

Season 1 of Jujutsu Kaisen exploded through the expectations of people. The manga was already a rivaled genius, but MAPPA’s well-navigated animation brought the anime to its major spotlight. Gege Akutami’s Jujutsu Kaisen manga is available to read on Viz Media and Shueisha’s Manga Plus app. 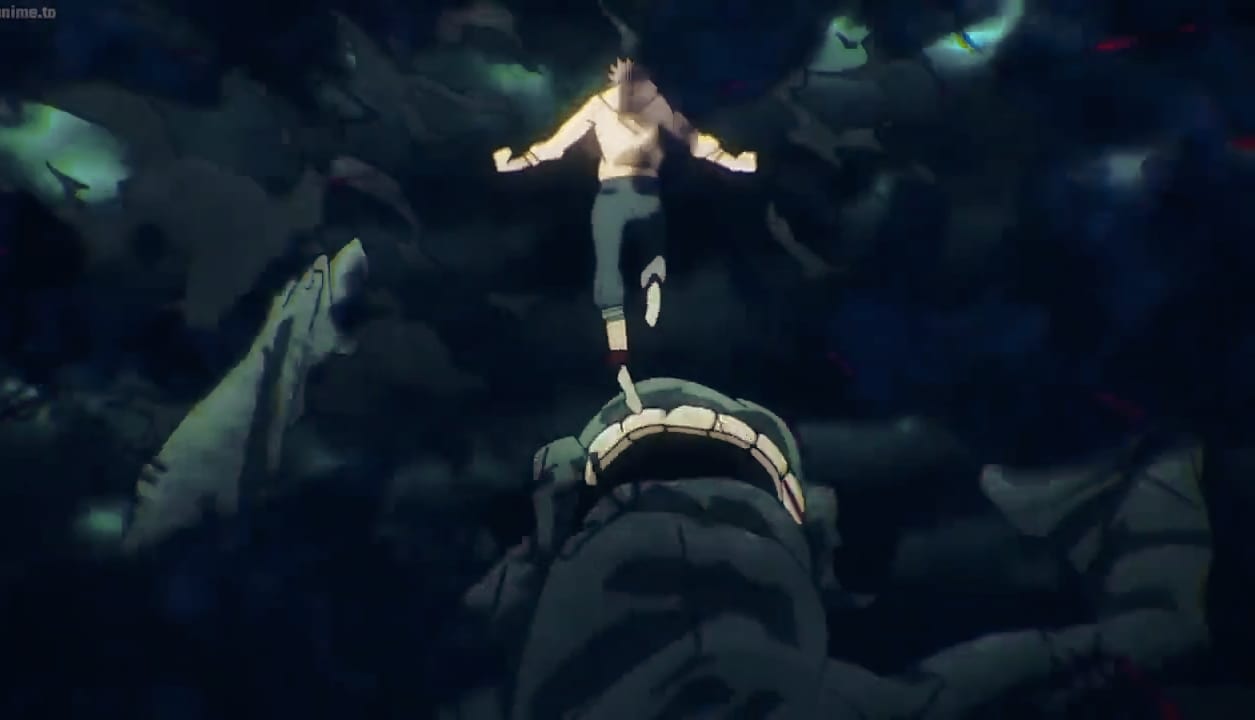 Itadori gets possessed by Ryomen Sukuna.

The first season of Jujutsu Kaisen adapted 6 arcs from the manga. All the events from the Introduction arc till the Death Painting arc have been packed into this season. We have been introduced to most of the major elements, clans, abilities, and characters that will play a significant role in the climax ahead. The first season has set up a teasing mystery around the major antagonist: Sukuna. His motives are still unclear, and his desires dangerously suspicious.

The three main characters, Itadori Yuuji, Fushiguro Megumi, and Kugisaki Nobara, evolved significantly till the season’s end. The difference in their Jujutsu techniques has been made clear too. They haven’t particularly mastered everything. Yet, it is pretty clear that these characters are not going to be easy to defeat. Characters other than them from both the schools have also come forth onto the screen. The first season is basically collecting all the ingredients for a plot filled with all kinds of tastes; sweet, sour, and bitter.

What we know so far is that Getou Suguru is on the move towards a plan he wants to execute on October 31st. Additionally, after the death of his two brothers, Kenchizu and Eso, the eldest of the Death Painting, Choso want revenge from Itadori Yuji. Lastly, there is likely a traitor among the students.

Jujutsu Kaisen Season 2–What Comes Next? 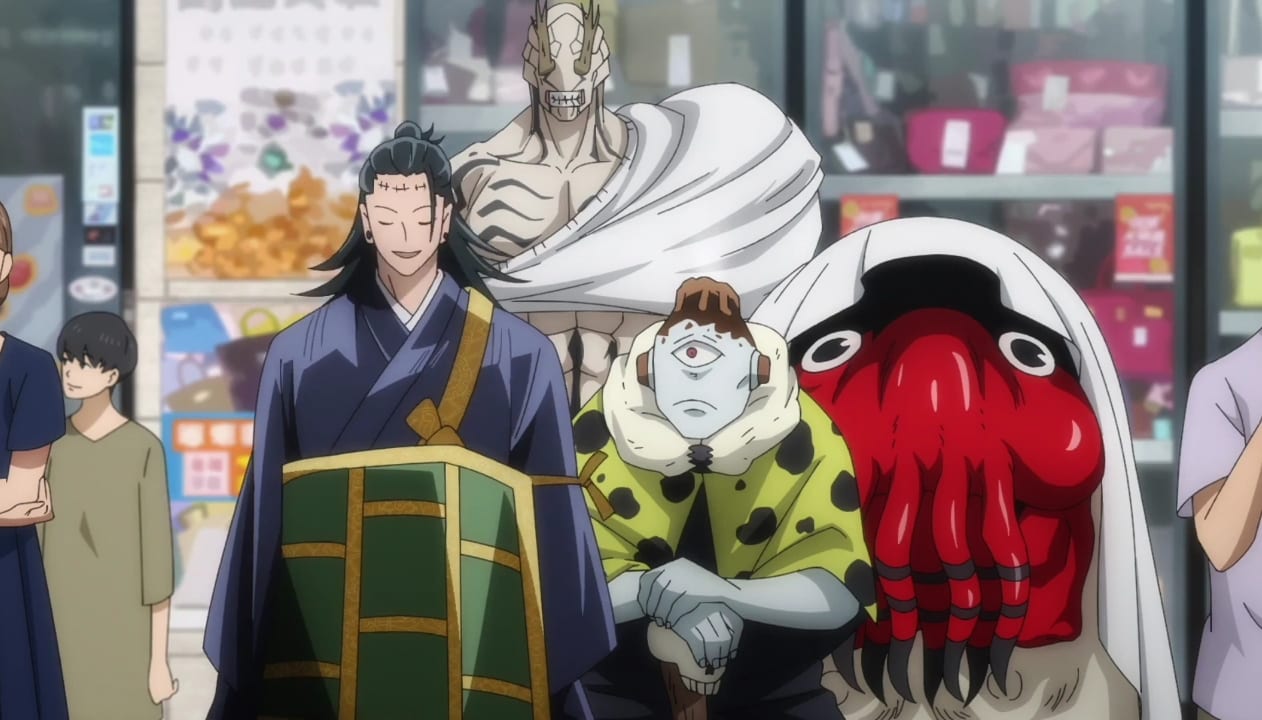 Getou Suguru and his army of curses.

Jujutsu Kaisen Season 2 will most likely resume from where the first season left off. The series will kick start with yet another exciting arc called the “Gojo’s Past Arc.” The level of curiosity piques from the very name of the forthcoming arc. Gojo Satoru stands out in so many ways. It’s not just that he is absolutely overpowered. It is also because of his extremely likable personality and oh-so-great looks. If the Jujutsu Kaisen movie successfully covers the prequel arc of Yuta Okkotsu and Yuta Okkotsu only, a new season would probably open doors to Gojo’s past. Without spoiling much, all I can say is if the anime pulls it off as well as season 1, this could become a gem of the anime industry.

A new season with only a single arc would be bland, especially when the first season compiled six arcs. Another very obvious assumption I can make without harm is that the second season will have more than just one arc. The Gojo’s Past arc is followed by the Shibuya Incident arc. Combining the two said arcs, we finally reveal every truth about Getou: who he is and what he wants. Filled with intense fights and tragedies that will keep you on your toes, this is the most awaited arc to get animated. Akutami immediately switches the path of the story to the merciless bloodshed of his characters. This arc covers Getou’s master plan on the night of Halloween. So far, this is the longest arc in the manga.

It is difficult to assume how far into the manga will get an adaptation into the anime. However, if and when a second season is made, the season will be loaded with intriguing events chained together skillfully into a plot.

Jujutsu Kaisen Season 2 – When Will It Be Released?

The only announcement the Jujutsu Kaisen team has made so far is in regards to the movie. Jujutsu Kaisen 0 is expected to be released in Spring 2022. This pushes the release of Jujutsu Kaisen Season 2 to 2023. This is probably for the best, as the manga is still ongoing. So far, the manga only has three complete arcs after the Death Painting arc. This is a major shortage of source material. In the coming years, Gege Akutami will fill in more exciting twists to the plot. We await for the brilliance in his writing to amaze us. As we wait, we can support him from a distance by reading his work online from legal sources and praying for his good health.