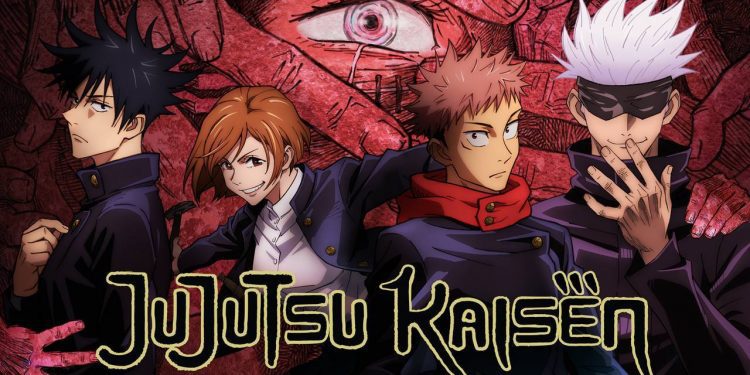 Talks about Jujutsu Kaisen was all over the internet last year. It has gained a large number of fan-following since its release, not only for its amazing animation but also for its incredibly well-written characters. The way in which this series gained popularity was a rapid chain reaction, with everybody recommending the anime to anyone on the internet.

Jujutsu Kaisen is a manga created by Gege Akutami that came out Jujutsu Kaisen Manga Sales Risein 2018. On October 3rd, 2020, Studio MAPPA released the first episode of the animation. The first episode itself gets its viewers hooked to the anime. It introduces us to a boy named Itadori Yuuji, who lived a pretty normal life until he encounters cursed spirits. Things get worse for him when he swallows a cursed object in a haste and is thus cursed. He is sentenced to execution because of his curse. Thanks to his Sensei, he is then asked to join Tokyo Jujutsu High as a first-year student. Here, he works with his batchmates Megumi and Nobara to fight cursed spirits.

Although the manga started in 2018, Gege Akutami released “Jujutsu Kaisen 0: Jujutsu High” on April 28th, 2017, which was a short series made up of four chapters. This served as the prequel to the storyline. However, the anime released its first season based on the story from the manga put out in 2018. After the first season’s finale, Studio MAPPA announced that they would be releasing a movie based on the prequel. Around March 2021, a teaser with a glimpse of the characters was released, and in June 2021, we finally got the poster for the movie as well as the release date. This movie came to theatres on December 24th, 2021, in Japan.

The prequel, also known as the “Cursed-Child Arc”, introduces us to the time when the second years of the ongoing manga were in their first years. It also introduces us to a character like Itadori and his name is Yuta Okkotsu and Rika, the cursed spirit that violently protects him. He is asked to join Jujutsu High along with Panda, Maki, and Inumaki. Now, if you remember, there was a “fourth second-year” student in the anime, and yes, it is indeed Yuta. Yuta has a dark past and is a character who keeps to himself. However, as the story goes on, we see him bloom into a confident student who is also a powerful sorcerer.

The manga was doing pretty well in the market in its initial release stages. It soon became a hot topic among manga fans as chapters were released in the Weekly Shounen Jump. It is very impressive that within a short span of time, an anime adaptation was decided. Thanks to Studio MAPPA, we now have great animation for this very interesting story.

2021 was a great year for Jujutsu Kaisen:

The manga had sold about 30.9 million copies by the end of 2021. In fact, in 2021, it earned the title for the top-selling manga of the year beating Demon Slayer, Tokyo Revengers, Attack on Titan, and My Hero Academia. The movie’s release earned about 1.6 billion yen (1,38,83,585.60 USD) on its first day. In the span of 11 days, it made up to 5.8 Billion Yen. Not only this, but people were so impressed by the movie that they began buying the manga. The manga sales have since then seen an increase by 10% from what it was last year. However, it is also worth mentioning that a new volume was released the day after the movie was released, thus contributing to the rise in sales.

What’s Next in Store for Fans?

As of now, there are no talks of Season 2 out there. One thing is sure, if Studio MAPPA decides to come out with one, it will definitely be another hit anime. As for the manga, in 2021, Gege Akutami revealed in an interview that they will be ending the story within the next two years. The story so far in the manga has taken an interesting turn, and fans are eager for another season. With all this, Jujutsu Kaisen is definitely an anime that can lure people into the world of anime.