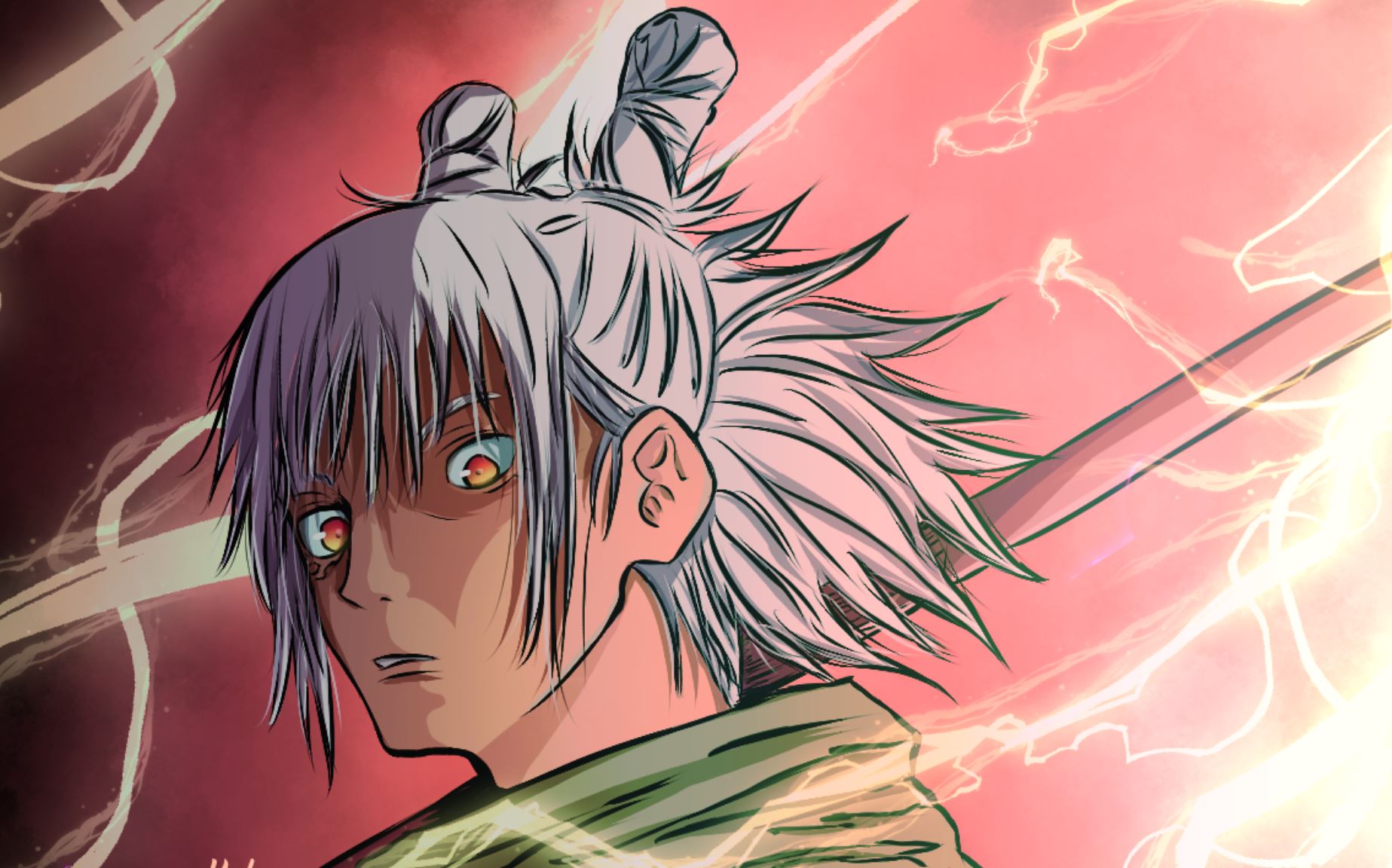 Chapter 184 of Jujutsu Kaisen takes a break from the Kinji Hakari vs Bernerd Charles fight and brings us to the Tokyo no.2 colony, where Panda was sitting idle away from all bloodshed. However, it seems that peace is a luxury that our jujutsu sorcerers cannot afford. He confronts Hajime Kashimo, who immediately recognizes Panda as a player, and severs one of his arms in the fight. Adding salt to his injuries, Kashimo is planning to torture him to reveal the whereabouts of the Sukuna vessel. Will someone show up to save our fluffy teddy bear? We will find that out in Jujutsu Kaisen Chapter 185.

Panda’s third core, which was supposed to be his trump card, didn’t really work out. It took her a single hit to strike him down effortlessly. Well, we don’t expect anything less from someone daring enough to go searching for Sukuna. Here, we bring you the latest chapter updates of Jujutsu Kaisen manga.

Right now, too many things are happening in the jumbled-up plot of Jujutsu Kaisen manga. Panda and Megumi are on the verge of death, Hakari is busy fighting Charles, and Itadori is aimlessly searching for potential sorcerers to introduce new rules to the Culling games. However, it’s safe to assume that the Jujutsu Kaisen Ch 185 will continue with the climax of the Panda vs. Kashimo fight. We know how Akutami sensei has killed some major characters in the past, but something is telling me that won’t be the case with Panda. 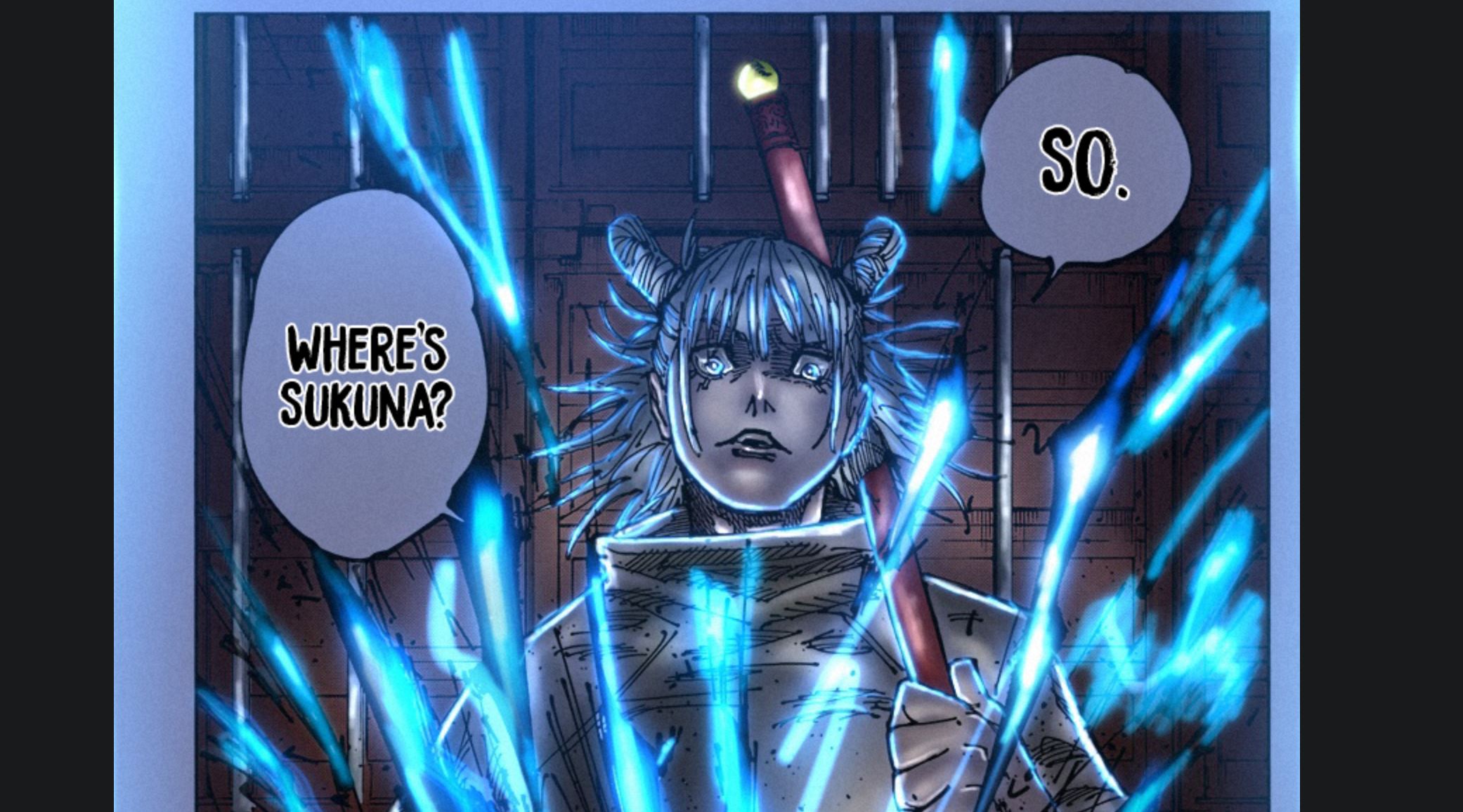 Kashimo is searching for Sukuna vessel

Someone will show up to save Panda from this situation, and we won’t be surprised if it turns out to be Itadori himself. This saves Kashimo from roaming around in the colonies, searching for the Sukuna vessel. Moreover, Itadori is the only one who isn’t engaged in a battle, thereby increasing the possibility of him showing up. Sadly, these are nothing but mere speculations. We will have a clearer picture of what’s going to happen when the raw scans and spoilers of JJK Ch 185 are dropped. They generally surface 2-3 days before the chapter’s official release. So, don’t forget to check back to our site on Friday. We will either update the section or release a new article solely on the confirmed spoilers.

Chapter 184 starts with Panda smelling blood everywhere, thereby sensing at least three dead bodies around him. He the area from the top row of metal storage boxes and decides to stay low for the time being. He initially thought of tagging along with Hakari in the Culling games but got teleported to different locations after stepping into the barrier. Totally unaware of Hakari’s whereabouts, Panda roams around on four legs much like a real panda.

To Panda’s despair, Kashimo identifies him as a player almost instantly and throws a punch at him before he can react. Much like Megumi’s Nue, Kashimo stands out for his electric properties, and she is tenfolds stronger than any other electric using sorcerer we have seen so far. She counters Panda’s cursed drumming beats by ripping off one of his arms. Not only that, she continues to beat Panda, thereby interrogating him about Itadori’s current location.

Panda realizes that Itadori won’t stand a chance before Kashimo, so he pretends not to know anything. Even after multiple death threats, he keeps his mouth shut, and he further angers her by joking that he might have had an uncle named Sukuna. He switches to his third core (which is a rhino) as his last resort. However, she strikes him down with a single thunderbolt, claiming that her technique is nothing less than a sure-hit domain expansion.

Jujutsu Kaisen Chapter 185 will be released on Sunday, May 22, 2022. The Culling games arc is currently at its peak, so don’t miss out on the new chapters dropped every Sunday.

Where To Read Jujutsu Kaisen Chapter 185?

Jujutsu Kaisen Chapter 185 will be available on various platforms like viz media, mangaplus, and Shonen Jump’s official application. The chapter will be free to read for the next three weeks, and you will have to switch to a paid subscription after that.