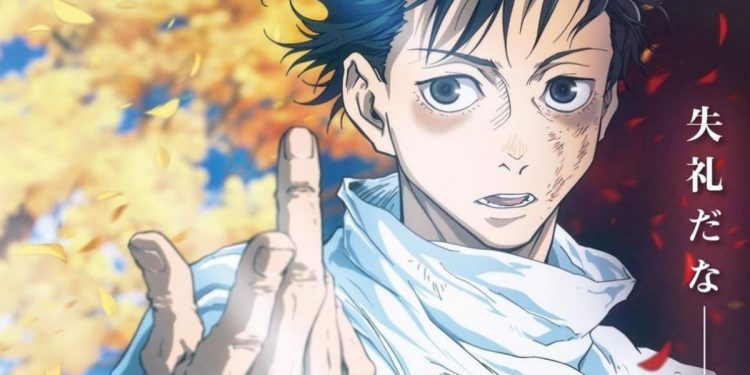 Has a new official music video (MV) of the ending song (ED) of Jujutsu Kaisen 0 been released? Did King Gnu release yet another music video? Jujutsu Kaisen is one of the most popular anime of the time. With an amazing plotline and thrilling fight scenes, Jujutsu Kaisen is the go-to anime for any shonen lover right now. Available for streaming on Netflix, one will definitely fall in love with the anime. After the end of season 1, Jujutsu Kaisen added to its name another amazing movie, Jujutsu Kaisen 0. The movie, which was only released last month in December 2021, became an instant hit.

Jujutsu Kaisen ushered in a new wave of music additions to the anime music category. One of the things that really made us love the movie were the music themes and songs that it encompassed. Now, it has been a few weeks since the release of the movie, and now once again, it has become the topic of interest. Has there really been an official release of a song of JJK 0? If you want to know, you have opened the right article as we shall tell you everything about the release of the music video of JJK 0 and more.

With the start of New Year, the Jujutsu Kaisen series has again seen a huge hype with the official release of its ending theme on YouTube. The ending theme of Jujutsu Kaisen 0, known as Sakayume, was officially released by the King Gnu band on their official YouTube channel. The Jujutsu Kaise 0 MV was released on 5th January 2022 on King Gnu Official YouTube channel. Jujutsu Kaisen 0, truly an amazing movie, on par with the main series, has met every expectation of the fans. The movie was executed beautifully with an amazing plotline and animation but most importantly with soulful music videos and themes. We owe our thanks for all the amazing music to the popular band, King Gnu.

Remember when the movie, before its release on 24th December 2021, was the most anticipated anime movie at the time? Well, the anticipation and hype during the promotional period had only proceeded to increase even further with the official release of the music video of Ichizu. The Opening theme song of Jujutsu Kaisen 0, Ichizu, was officially released on 10th December 2021 by King Gnu and had managed to become everyone’s favorite almost immediately. Now, King Gnuhas has done it again with the official release of Sakayume.

Also Read: What Chapter is Jujutsu Kaisen Anime On? A Complete Guide To Catching Up With The Manga

One of the most popular anime of the time, Jujutsu Kaisen, is an anime adaption of the shonen manga of the same name authored by Gege Akutami. Its movie, Jujutsu Kaisen 0, produced by Studio MAPPA and distributed by Toho, has been a box office hit and earned a revenue turnover of $51 million. With an 87% rating on AniList, a 9.2/10 on IMDb, and 8.5/10 on MyAnimeList,  Jujutsu Kaisen 0 is a definite must-watch. Set as a prequel to the main story, Jujutsu Kaisen 0 can even be enjoyed by those that haven’t watched the anime.

The movie follows the story of Yuuta Okkotsu, the protagonist of Jujutsu Kaisen 0, as he tries to navigate life while at the same time being haunted by a powerful cursed spirit. Before her death and as a human, the cursed spirit went by the name of Rika and was the best of friends with Yuuta. After dying tragically in a road accident, the spirit of Rika turns into a special grade cursed spirit, powerful enough to become dubbed as the King of Curses. Her horrific existence as a cursed entity becomes glued to Yuuta with the sole intent of protecting him. To do that, she does what a cursed spirit is only capable of, bringing hell upon earth.

As she continues to bring destruction with Yuuta, unable to control her, he is finally detained by the Jujutsu sorcerer, Satoru Gojo. Distraught over the violent actions of Rika, Yuuta has no objections to being put away. However, his detainer wants otherwise for him. At the persuasiveness of Satoru, he joins the Jujutsu High with the aim to use his cursed powers for the better of the people. Thus begins the journey of Yuuta as a jujutsu sorcerer alongside his new friends, but he soon realizes that life will never be easy with the darker forces at bay.

Also read: How to Watch Jujutsu Kaisen 0 Movie Online? Is It Available on Netflix, Funimation and Crunchyroll?

On-Screen K-drama Couples Who Got Married In Real Life!