More than 1 million people in Japan watched the Jujutsu Kaisen 0 movie on its premiere day, thereby making it the highest opening anime film of 2021. 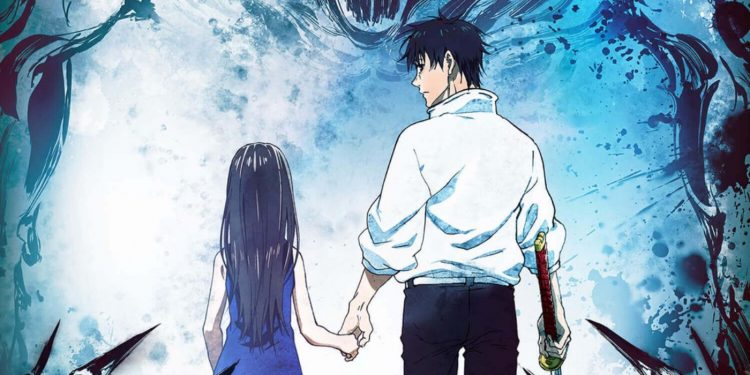 The Jujutsu Kaisen 0 movie is nothing less than the best possible Christmas present from MAPPA studios. The film has already hit Japanese theatres the other day and is and the fans to see how precisely it has been executed. Now that’s something you expect from a Gege Akutami and MAPPA duo. Jujutsu Kaisen 0 has officially become the highest box-office opening anime film of 2021. Its only competitors were My Hero Academia Movie 3 and the Fate film, so the outcome wasn’t unexpected considering Jujutsu Kaisen’s massive hype.

Now, the big question is, how well did Jujutsu Kaisen perform compared to bigger names like Your Name, and Demon Slayer: Mugen Train. Will the Jujutsu Kaisen film leave a perennial mark in the history of anime films? The film was released across 418 theatres, including IMAX, and it’s doing pretty well so far. We bring you everything about the Jujutsu Kaisen 0 movie’s box office collection after its first day of screening in theatres.

According to recent reports, more than 1 million people attended the film on its first day, resulting in a box-office collection of little more than 1 billion yen. I know it’s still too early to get the precise digit, but the revenue for the film’s first-day release is approximately 1.05 billion, which is equivalent to 8.74 million USD. Two more films, A Perfectly Normal Family and The King’s Man are released in Japan on the same day, but I doubt if they had reached this height.

No. Demon Slayer: Mugen Train’s box office collection on the first day was 1.2 billion yen (10.4 million USD), which is slightly more than that of the Jujutsu Kaisen film. Now, there’s no way of telling if Jujutsu Kaisen can surpass Demon Slayer film in the long run. We must not forget Demon Slayer was released in the theatres amidst the COVID 19 pandemic, with not many films running in the theatres. So the audience didn’t have many choices. However, now that things have become normal, Hollywood blockbusters like Matrix: The Ressurection and Venom 2 are running in the cinemas alongside Jujutsu Kaisen. Other movies like Spider-Man: No Way Home and The Marksman will join the competition soon, so it will be interesting to see if Jujutsu Kaisen manages to hold its #1 position.

Moreover, Jujutsu Kaisen 0 movie is a prequel story that won’t affect the current story anymore, unlike Demon Slayer: Mugen Train, a canon film upon which the upcoming events on the series depended. Naturally, the anime-only fans were curious to know what happens in the film. On the other hand, Jujutsu Kaisen is a comparatively newer franchise and has achieved this response sheerly through their success in Season 1.

#JujutsuKaisen0 started trending on Twitter ever since the films early screenings of the film. Fans can’t wait to say how much they loved the film. The movie-goers couldn’t resist posting pictures of fans queuing up for tickets outside theatres. Others are busy showing off personalized Jujutsu Kaisen merchandise and posters they got at the venue.

ALL THE THEATERS ONLY FOR JUJUTSU KAISEN 0 MOVIE!!!!!! pic.twitter.com/m2MbNJoQex

Meanwhile, fans outside Japan are mourning about not being able to enjoy this masterpiece in their respective countries. In case you are one of them, I would advise you to be patient for a bit longer and not to resort to any sort of piracy. Considering Jujutsu Kaisen’s worldwide popularity, the Jujutsu Kaisen 0 film will be internationally available a lot sooner than expected. So be ready to ‘Curse each other with everything at stake’ because the best experience is always worth the wait.

The film follows Yuta Okkotsu, a teenage boy who was irretrievably in love with his best friend, Rika. His life turns upside-down when Rika dies in a traffic accident and manifests into one of the most dangerous special grade curses. The matter caught the attention of the higher-ups of Jujutsu High, who decided to get him executed (or isolated) to deal with this problem. However, master sorcerer Satoru Gojo had other plans for Yuta, and he got the boy admitted to Jujutu High. With Toge Inumaki, Maki Zenin, and Panda as his classmates, Yuta steps into the darkness of the Jujutsu world.

Also Read: Jujutsu Kaisen 0 the Movie Receiving A Novel Adaptation On The Day Of Release