JTBC shares a statement claiming Snowdrop drama is creative work to shut down all controversies. 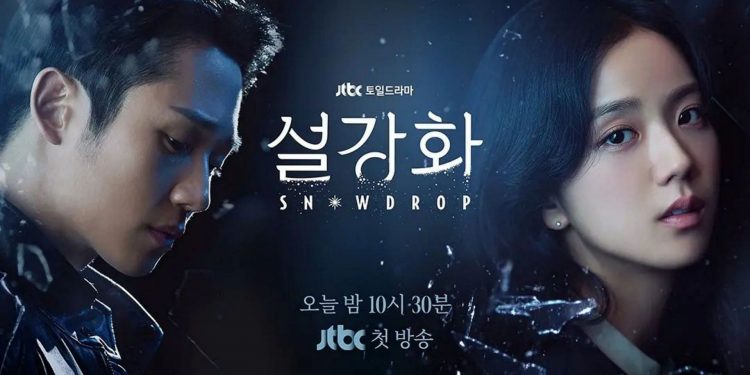 JTBC has released a new statement regarding the ongoing Snowdrop Kdrama controversy. The broadcasting channel shared two official statements when the Snowdrop scandal was launched in March 2021. However, after the premiere of Snowdrop drama on December 18, the fire around the plot of Snowdrop and its portrayal of the Democratization Event is concerning the public. Snowdrop has received backlash and orders to get off-air by the Knetz. Nevertheless, JTBC has shared a new and rigid statement proving that the drama is not trying to showcase any false information. Also, JTBC claims that the Snowdrop controversy is elevating due to inaccurate comments. Hence, the company is releasing an official statement.

Snowdrop made its grand premiere on December 18. Meanwhile, a petition was issued at the National Blue House to take the drama off-air on the same day. The Blue House Petition for Snowdrop drama has garnered more than 300,000 on December 21, 2021. The ongoing rage from the public has also forced several sponsors to withdraw their names from the drama.

Nevertheless, the latest statement by JTBC surrounding Snowdrop might help calm down the controversy. The broadcasting network indicates the drama a pure work of “fiction.”

JTBC began by stating how the controversies and stories are not settling since the premiere of Snowdrop. Thus, they are sharing a statement.

The first remark made by the channel was that the setting and motifs of Snowdrop are from the military regime period. Hence, keeping the story in mind, Snowdrop will display the story of a party working with the North Korean government to get benefits. The makers of the drama described Snowdrop as a “creative” work that will focus on the personal lives of the individuals.

JTBC confirmed that there is no spy in the drama who would lead the democratization moment. Moreover, in no condition, the male and female lead will participate at the moment. Also, the script for the upcoming episodes is clear of such situations.

Furthermore, they spoke about the underway concerns about “history distortion” and “disparaging the democratization movement.” JTBC’s statement mentioned that with the progress of the drama, all of the concerns would vanish. The production team has ensured that the scenes will not encompass an abnormal era or setting.

As they moved to the end, JTBC asked people to wait since they could not share the plot right now. JTBC has decided to chat with them through online web portals to make things even better for the public.

Lasly, JTBC claimed that it aims for the freedom of content creation and independence of production. And, the channel will continue to showcase great broadcasts in the future.

After JTBC’s relieving statement, many Knetz has given the network an edge. However, the Snowdrop controversy will take some time to shut down entirely.

Also Read: Young Ro And Her Dormmates Gear Up For Vital Danger In The New Teasers Of ‘Snowdrop’

Snowdrop Blue House Petition – Why Did People Sign Up?

Things around Snowdrop and backlash got series when people signed up for a Blue House Petition. The public asked to cancel the drama if the petition received 200,000. By 21 December, it has collected over 300,000 signatures. But, Snowdrop might now get canceled, after all.

The Petition was created on the grounds of people worrying about the activists accused of being spies and getting killed during the moment. “Creating a drama with a plot like that despite this historical truth undermines the value of the democratization movement,” read the Snowdrop cancelation Petition.

Another factor for remaining the drop is because of the male lead, Su Ho, portraying the role of a real spy. Meanwhile, in reality, the activists were falsely accused of being spies. Furthermore, the people heavily criticized the choice of music for the democratization movement during a scene.

Snowdrop stars Blackpink’s Jisoo and Jung Hae In (D.P) and is the most-hyped and controversial Kdrama of 2021. Set in the late-80s, it will showcase a romantic relationship between two entirely opposite people while a dictatorial government is operating the country.

Snowdrop is streaming on Disney+ in selected regions. Check if you can stream it here.