Florida Rapper J$tash's death has left the State of California shocked with the horrifying and tragic incident. 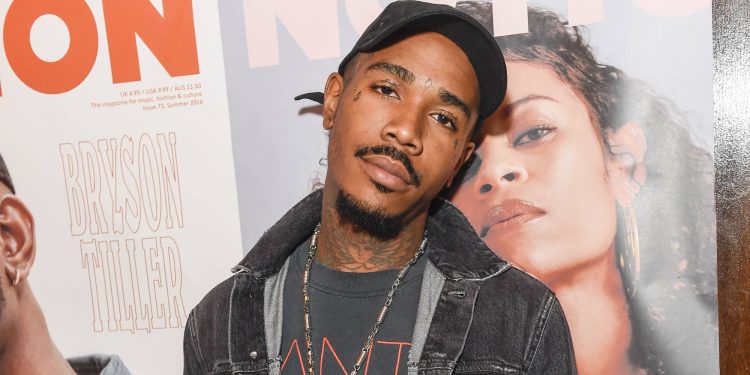 J$tash was a rising rapper from Florida but took his own life recently, along with killing his girlfriend. J$tash’s death got announced on January 03, 2022, two days after the unfortunate incident. It was one of the tragic and unfortunate incidents that took place on the morning of New Year Day due to a heated argument. The police discovered the body after the children of the women murdered called them. The woman had three children previously who is not associated with J$tash. The children were also present in another room and heard the gunshot.

The police are alleging the case a murder-suicide one after seeing all the primary evidence. They said that the rapper and his girlfriend were living together for quite a few months. The reason for their argument is not known, and it is not the first time for J$tash as he was also previously charged for abuse. Many fellow rappers are showing condolences for his death, while others are rebuking him for killing another woman. The victim’s family had also set up a GoFundMe page for the funeral costs.

J$tash’s, the Florida rapper’s death, took place as he killed himself after murdering his girlfriend, Jeanette Gallegos. The incident took place on the day of New Year when the police department of Los Angeles responded to a murder-suicide case around 7:15 am in Temple City. The police responded to the call and found two people dead at the scene. Later on, they identified the bodies as Jeanette Gallegos and Justin Joseph. LAPD confirmed the case and the identities of the person to the news outlets. The investigation for the case is still going on, and the police have asked for help from anyone who knows anything regarding the case.

J$tash Killed His Girlfriend in Front of Her Children

Jeanette’s three young sons were present during the time of the incident, and one of them called the police for help. J$tash took his girlfriend to the master bedroom and locked the door. He killed her after a heated argument and after that used the same gun on killing himself while the children were in another room. The children went on to knock on the door after hearing all the noises as they were concerned for their mother. But, they did not get any response which worried them further. Later on, they called their grandmother, who asked them to call 911. The children are currently seven, nine, and eleven years old.

Derrick Alfred, the Lieutenant, said that the scene’s evidence and the children’s preliminary information who were present during the time of the incident point out that the case is a murder-suicide. The rapper repeatedly shot his girlfriend while self-inflicting himself with one shot after locking themselves in the room. The children stated that they heard a gunshot sound around the time of 7 am. Furthermore, the deputies had to force their way into the room after reaching the home. They found that J$tash and his girlfriend on the floor inside dead.

J$tash also got previously accused of abusing and beating his ex-girlfriend, Danielle Phaeton, in 2014. He got charged with criminal obstruction of assault and breathing for it. Later on, the rapper turned himself after one month during that year itself, for which the charges got dropped. Phaeton posted about the abuse in a Tumblr post which is now deleted. In the post, she stated how the person whom she trusted have punched her brutally and repeatedly.

GoFundMe Page for the Funeral Costs of Jeanette Gallegos

A page in GoFundMe is made for help in covering the funeral expenses of Jeanette Gallegos. The page states that she passed on January 01, 2022, in an unexpected and tragic loss. Jeanette Gallegos was a beautiful daughter, aunt, sister, and mother above everything. All the donations given will get used for the funeral expenses of Gallegos. She also left behind three beautiful boys who had to live on with the loving memory of their mother.

Also Read: Who Is Billy Evans? All To Know About Him