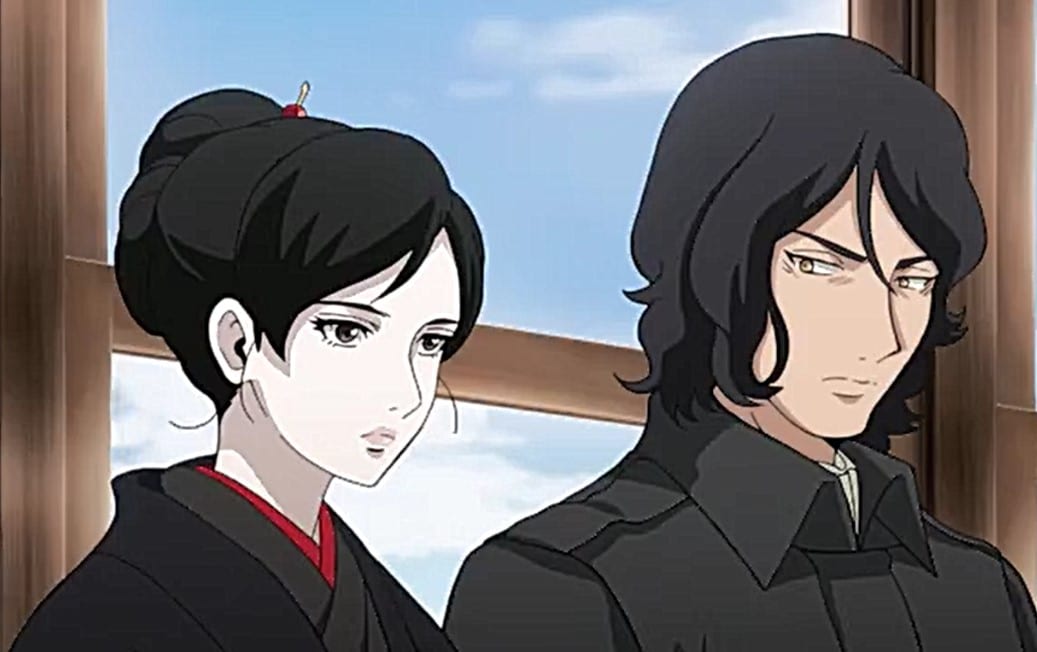 After defeating Janome, who has turned into a snake, the lab got engulfed by the flame. Sawa decided to save everyone, but everyone died since they realize that Sawa is a good person and they can’t let her die for their sake. Elena and Jin arrive at the scene and witness the building burning. Only Sawa manages to come out with Asahi but she wanted to save everyone. Elena comments that Sawa is a stupid girl and the woman’s revenge was complete. The next day Elena had a meeting with a guy who revealed a secret organization fighting anti-government forces.

Elena realizes that that guy’s story is boring, and she decided to get closer to him. She blew some kisses, and when she kissed him, he jumps away. Elena pulled the guy back, and they both fall on top of the sofa. When they are about to do it, Elena feels uneasy and heads to the restroom. She started to commit, and the guy follows him, thinking that he has upset her. Elena comments that as her ghostwriter, he must guess what is happening. The guy didn’t get it that she is saying she is pregnant.

Previously on Joran: The Princess of Snow and Blood Episode 5

Jin and Sawa are traveling together, talking about the recent incidents. He reveals that Yoshinobi is glad that the snake problem has been dealt with. Jin assigned Sawa with a new mission. But Sawa told him that she doesn’t care anymore and Jin notice that Sawa chose to leave because of Asahi. He told her to use the organization for survival, and she can go home and rest; he will keep in touch. On her way home, Sawa wonders why her white crow Nana chose her.

Meanwhile, Elena is getting better, and she rubs her stomach, wondering why it has to be her. The guy who impregnated her realizes that he is a father to be, and he heads out of joy. When he is outside, he shouts, this is great; I’m so excited. Hooray, father Me. Elena heard that, and she smiles. Later, Asahi waits for Sawa at the gate of her home, and a girl passes near her and falls. The parents of the girl came and comforted her in front of Asahi. 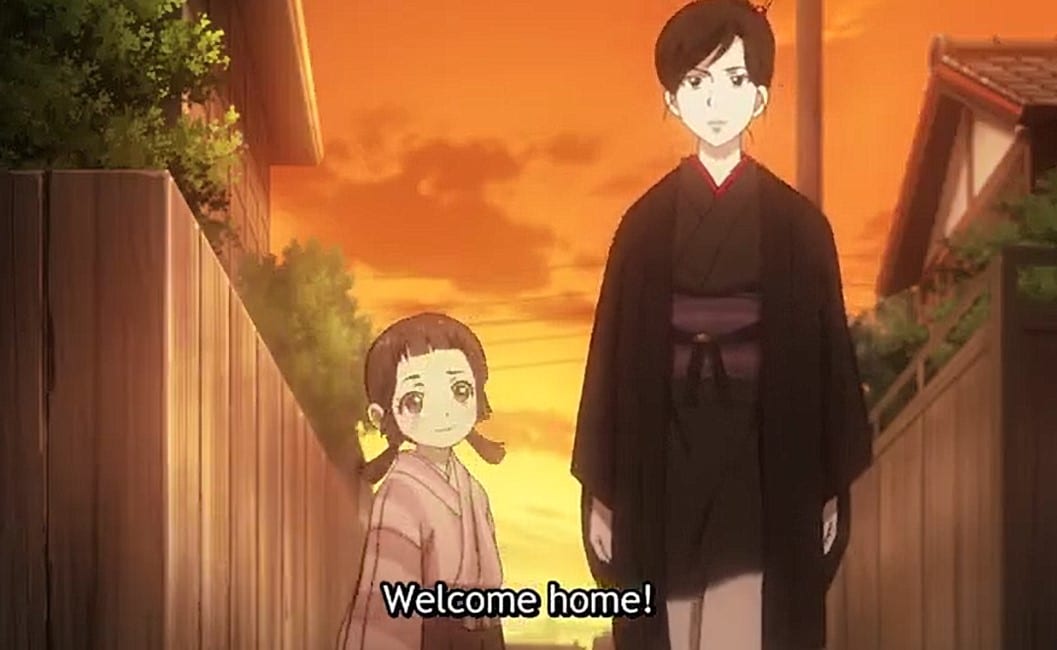 Asahi realizes that she has never had that love from her parents. Her father used to bully her since her mother was a lady who loves to look beautiful all the time, and their relationship was sour. The parent of the girls told their daughter to stop crying, and they sing a pain, pain, go away song for her. Asahi recalls the day when her father kicks her, and she bangs with the wall. She realizes that no one comforts her that day, and she lacks her parents’ love.

Suddenly Sawa arrives, and she welcomes her back and realizes that Sawa treats her like a mother, and she feels the parents’ love. They both head inside the house and enjoy dinner together. But she notices that Sawa is bothered about something ever since she got rid of people who killed her parents. Asahi asks her, but Sawa asks her about her wound. Asahi replies that she is used to pain, and Sawa comments that there is no pain that a person can get used to.

They both console each other, and Sawa told Asahi about the story of her older brother. Sawa also reveals that her brother is gone, and her revenge is over. The next day Makoto realizes that the war is over, and he told his doctor that he is leaving Japan. The doctor asks him why he helped his people. Makoto reveals that he couldn’t let them robbed their liberty. Sawa vows that she won’t kill anyone again.

Joran: The Princess of Snow and Blood Episode 6 Release Date

Check the latest development of Black Clover Chapter 292: Spoilers And Where To Read Online?