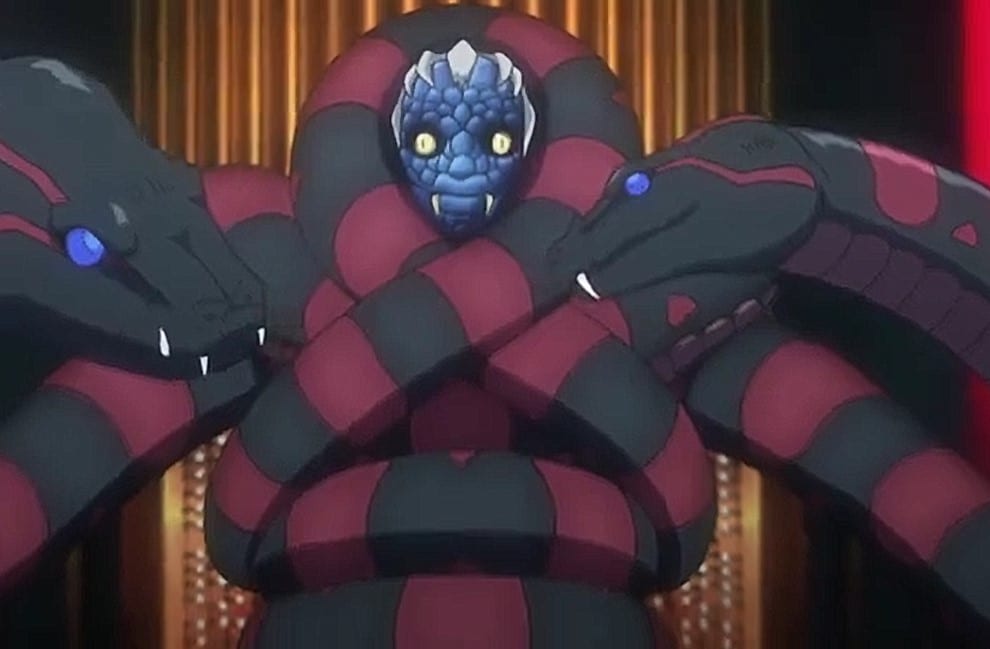 Janome is working on his next mission with his crew, and Sawa finds that Asahi is missing. She finds Asahi’s shoe with a message written on it, and she reads and realizes that something has happened to Asahi. Sawa throws the paper with Asahi’s message and heads somewhere. Elena saw that from the top building and comments that Sawa looks desperate. She jumps from the top of the building to find what is written on that paper.

Meanwhile, Jnomw is about to start with his experiment. He comments that to save a stranger with no blood relation, Sawa is willing to submit to the man she wants vengeance against. Asahi is tied nearby while Janome mixes his experimental medicines. Janome realizes that Sawa is looking for her, and he is the one who slays and burns Sawa’s family when she was young. He knows that she has found the truth about him that was hidden for a long time at her age.

Previously on Joran: The Princess of Snow and Blood Episode 4

Janome decided to use Asahi as bait to lure Sawa and traps her. Makoto is also there playing the piano. He comments that Sawa is one of those people who would do anything to save her beloved ones. Janome replies that it is hard to find people like Sawa. Makoto told Janome not to worry since Jin will stop Sawa from reaching him. Meanwhile, Sawa encounters Jin on her was to save Asahi. Jin stops her and asks her where she is going. Sawa reveals that she is going to save Asahi and get her revenge on Janome.

Jin told her that she has to choose whether she wants to get revenge or save Asahi. But he is only going to help her if she chooses the right choice. He reveals that Makoto is the one who sold Sawa and exposes her location to Janome. But he sent Elena to stop her, but it seems as if Elena didn’t follow the orders. Sawa steps forward, and Jin realizes that she has decided to do two things. Jin told her that if she is not submitting, he will kill her and give her blood to Janome.

They both clash, but Sawa had no courage to fight with Jin. She realizes that Jin realizes her like her parents ever since her parents was kill at her young age. Jin knocks her out cold and headed somewhere with her. On his way, he got chased by an army of monsters, but he changed his direction since he is running out of time. The monsters were with explosives, and they explode, and the car that Jin was driving rolls over the cliff. Makoto arrives and takes Sawa; he points a sword at Jin. 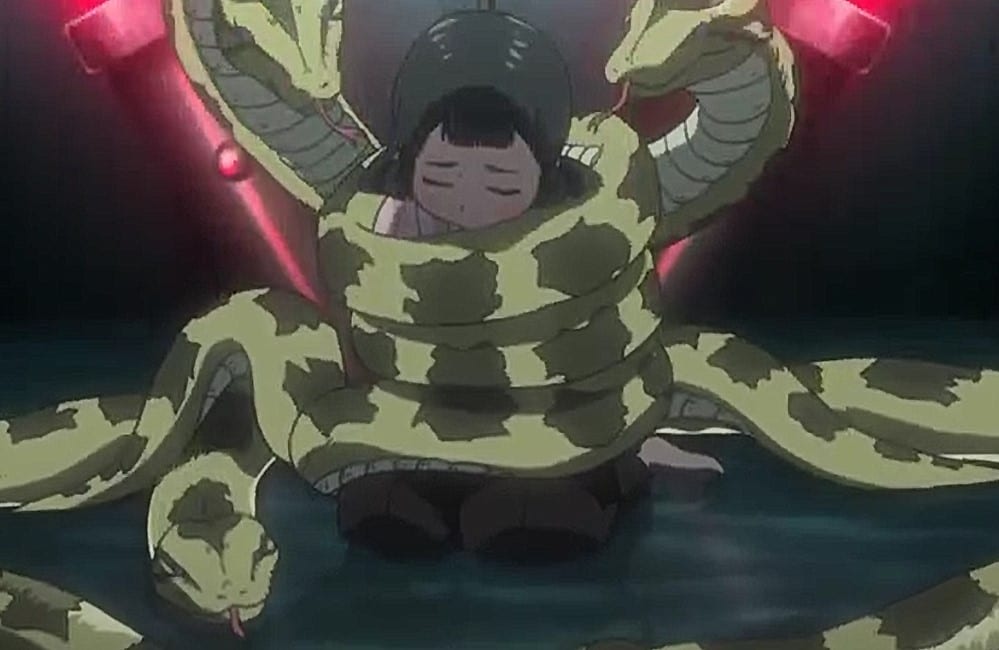 He told Jin to think hard about what he would do for the rest of his life. Jin is injured, and he can’t fight back, and he decided to let Makoto go with Sawa. Sawa is unconscious, dreaming about her past life.  Later Sawa wakes up and finds that she is at Janome’s base. Everything was dark until Janome plays the piano and the lights switch on one by one. Janome stopped playing the piano, and one light was left to be switched on.

Sawa realizes that the guy who killed her parents is in front of her, and she decided to attack him. Janome plays the piano, and the last light switches on, and Sawa stopped. She can’t believe what she is seeing; she saw Asahi wrapped with two pythons. Sawa realizes that if she attacks, Asahi would be swallowed by the snakes. She told Janome to free Asahi. Makoto appears behind Sawa, and she jumps away. He told her that Asahi is fine.

But Sawa has to submit, and Asahi won’t be hurt; Sawa is wondering why Makoto is helping Janome. Sawa submits, and they tie her with the chair. Janome injects her with something. He comments that he will change the world with her blood, and she has to stay here until his mission is complete. Later Makoto frees Sawa, and they battle with Janome, who has turned into a monster.

Joran: The Princess of Snow and Blood Episode 5 Release Date and Preview

Also Read: Preview And Recap: Joran: The Princess Of Snow And Blood Episode 4