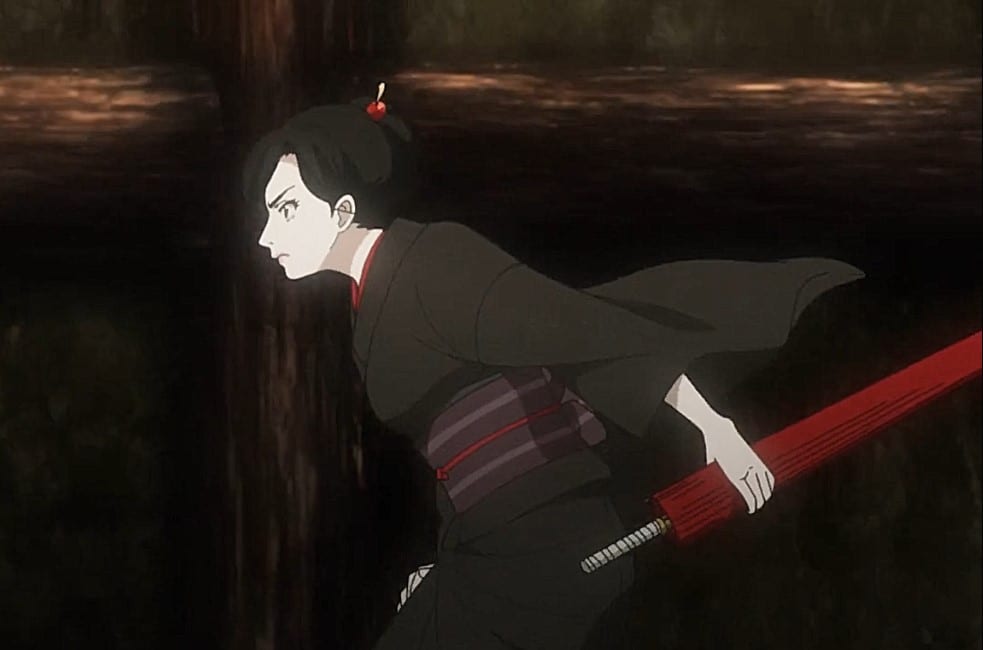 After learning the truth, Sawa confronts Jin, asking him if he killed them. Joran: The Princess of Snow and Blood has finally concluded. Let’s find what awaits for Sawa and Jin after losing the precious members of the Nue Organization. Joran: The Princess of Snow and Blood episode title is ”Confidential File 701, Past and Future.” Jin turns around and replies that Sawa might have looked at Tsukishiro’s parting gift. Sawa points her Katana to Jin’s neck, but fear made her tremble since she made a dying promise that she will never kill.

Sawa asks Jin if he is the one who killed her family and the entire Karasumori village. Jin replies that he is the one who killed everyone, and Sawa asks him why he has been lying the whole time for Yoshinobu Tokugawa’s sake. Jin confesses everything, and Sawa needs explanations. Suddenly an intruder alarm sounded, and Jin warns Sawa. Jin reveals that the army’s special forces are coming to this room.

Previously on Joran: The Princess of Snow and Blood Episode 11

Jin told Sawa that Yosginobi is the only person who knows about this room, and he might have sent the army to retrieve Sawa. Sawa replies that Yoshinobu can send whoever he wants, but nothing can stop her. Then, jin pressed something and told Sawa that she could kill him, but she will get captured and tapped for her blood until she dies. Jin also comments that the blood of the Karasumori will get used as a weapon. Sawa gets shocked and realizes that she has been under darkness ever since joining the Nue.

Sawa drew her Katana back and used a secret passage to escape. The army special forces enter the room, and their leader question Jin about the Karasumori girl. Jin replies that the girl is not here, and the leader comments that they are here for the girl. The second soldier thinks that Jin is hiding something and tells him to tell them where the girl’s whereabouts are. The third soldier adds that Jin will feel more talkative with a missing arm.

The guy points a spear gun at Jins’s chest, and the leader told him to relax. The soldiers think that torture won’t make Jin spill the beans. They touch a pool board and realize that the Karasumori girl might have used the secret passage to escape. The group leader orders his man to surround the building, and the girl won’t run. They ask Jin if he is taking up arms against the shogun. Jin replies that he sees no reason to answer those questions. The leader told Jin that Jin would die when they meet next time. 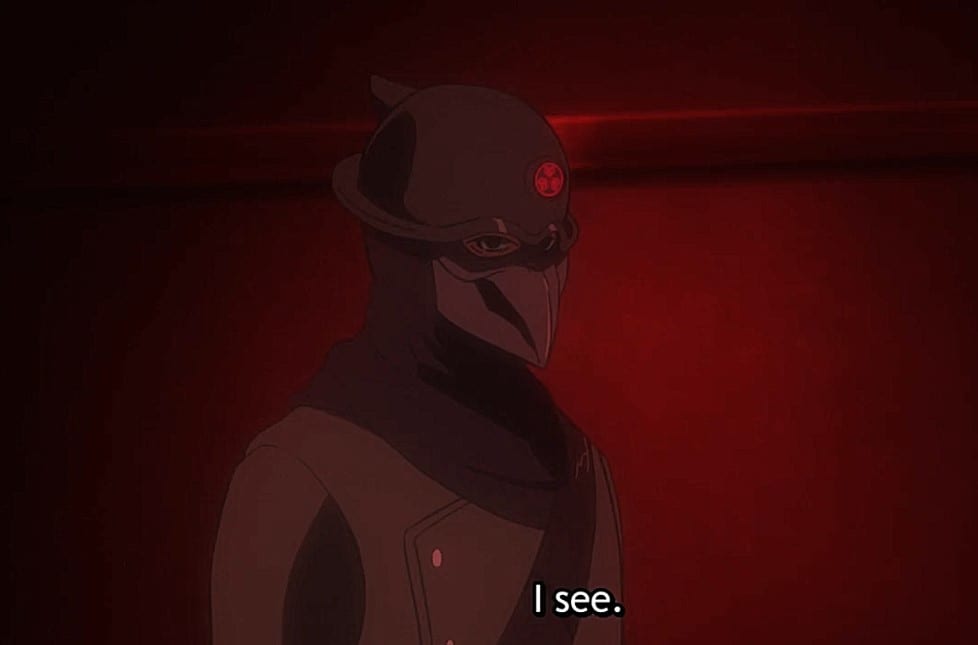 Meanwhile, Sawa is making her way through the underground passage. On her way, an army of men attacks her. Sawa got surrounded by the military, but she saw them collapsing one after another and wonders who is helping her. Finally, Hana appears after taking down half of the army’s men. Hana sprayed perfume around the secret passage and said they could escape from this hell. Sawa is glad that they don’t have to fight after Han tosses a smoke screen bomb.

Later the two arrives outside the graveyard after passing through the last door of the underground basement. Hana shows Sawa that she is pregnant by rubbing her stomach while commenting, ”This thing is unwieldy, and I ran out of breath a lot easier.” Sawa thanks Hana for helping her and realizes that Hana pulled a dead prank since she knows that Hana dies during the last mission. Suddenly one of the Nue Executioner Rinko, arrives and attacks the duo.

Sawa wonders why Rinko is betraying them, and Rinko comments that she can’t resist Booze and the orders from Lord Yoshinobu. Hana comments that Rinko is the new executioner. Rinko reveals that Lord Yoshinobu needs Sawa alive. They both got involved in a 2v1 battle. During the struggle, Sawa had a flashback and recalls about Asahi when they used to stay together. After escaping, Sawa shed tears that she has lost Asahi, the person too close to her heart.

Joran: The Princess of Snow and Blood Episode 12 Release Date