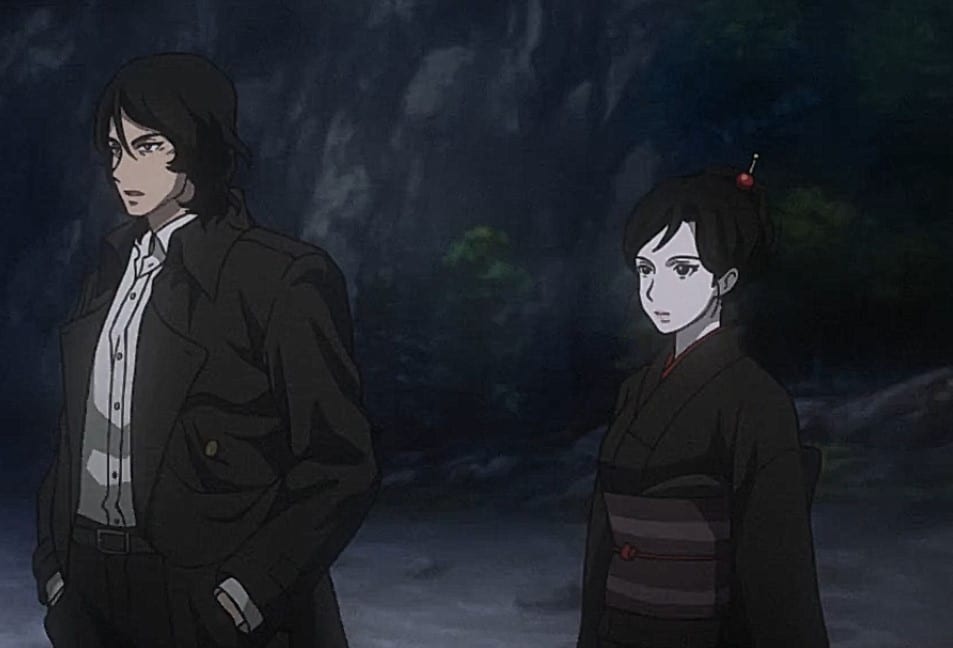 Sawa clashed with Tsuki, who killed Asahai infront of her. Sawa managed to defeat Tsuki, who told her to kill him. She realizes that she promised Asahi that she would never kill. Sawa decided to let Tsuki live even though he killed Asahi, but a huge black eagle appears and stabbed Tsuki’s chest with its claws. Sawa wonders why every time she tried to be in peace, death follows her. She mourned the death of Asahi and Tsuki. Joran: The Princess of Snow and Blood is left with two episodes to conclude the episode finale

Jin came and took Sawa after she has fallen unconscious. In the morning, Sawa wakes up from Jin’s hideout. Sawa looked around the building and find food near her. She realizes that this is how Asahi used to make food for her. Sawa headed out and met with Jin, standing near the lake. The episode is titled Confidential File 668, Ethereal Love. Sawa told Jin that she ate a bit of food that he prepared. Jin replies that it is better than having nothing. He reveals that Tsuki was distributing the new drug Janome concocted to anti-government agitators.

Previously on Joran: The Princess of Snow and Blood Episode 9

Sawa told Jin that Tsuki got killed by a dark shadow. Jin replies that Tsuki was dead by the time he arrived. He also told Sawa that he is not aware of who killed Tsuki, but he is returning to Tokyo. Jin also reveals that they must track down and deal with the drug before put to use. He asks Sawa if she will return after healing from her injuries because he needs her help. Sawa is worried that Jin might give her a mission that involves killing someone. She doesn’t want to break the promise she made with Asahi.

Jin comments that they have to settle the scores involving the Karasumori blood. He left while telling Sawa that he will be waiting for her in Tokyo. Sawa wonders if she has to go to Tokyo. Later, Sawa went inside the house and realized that she is feeling lonely. She unveils her wounds and notices that the injuries got healed. A mysterious lady arives and tells her that she is getting better—Sawa wonders who this lady seems to know her. The lady reveals that she is Rinko. 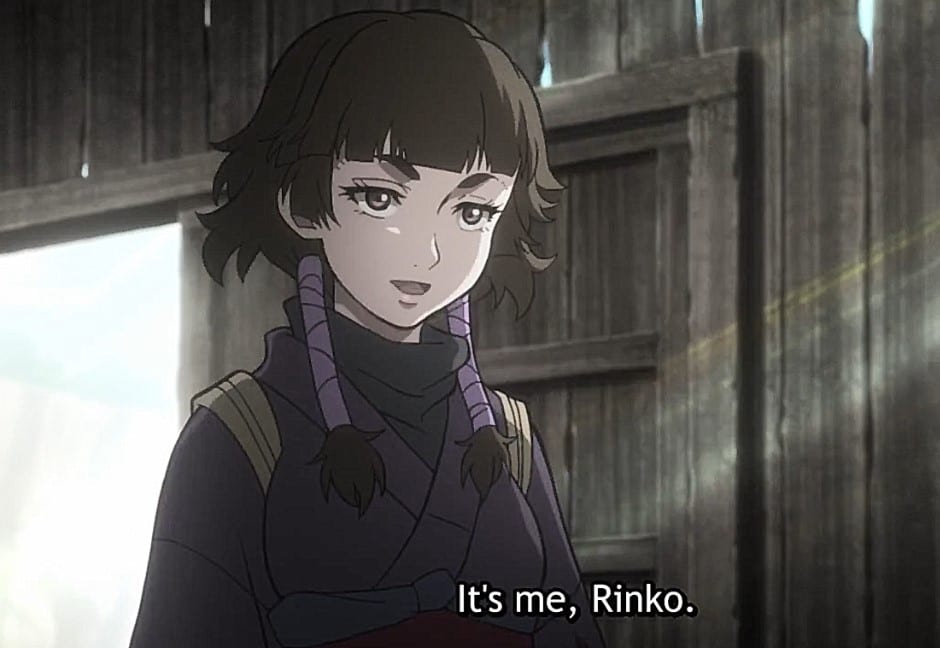 Rinko comments that Jin pulled out all the stops for Sawa because he wants Sawa to stay alive. Sawa asks Rinko if she knows Jin, and Rinko replies that she is a Nue Executioner. Sawa wonders if she was under surveillance the entire time. Rinko told Sawa to call it protection. She told Sawa that Sawa looks like her fangs and claws had fallen out. Sawa reminds Rinko that Rinko was not there when they needed her the most. Rinko apologizes that they have lost Asahi during the mission.

Rinko comments that Sawa can hate her if she wants. Sawa replies that hatting Rinko won’t turn back the clock. She asks Rinko if she was watching her under Jin’s orders, and Rinko agrees. Sawa wonders if Rinko knows everything about the Nue organization.  Rinko reveals that she knows more or less about the Nue organization. She comments that this is the new her, and at the village, she had to keep a low profile. Rinko started drinking and told Sawa not to blame her since she got forced to stay sober for too long.

Sawa told her to feel at home, and Rinko asks her if she will go to Tokyo and join her. Rinko told Sawa that she has already packed all of her stuff, and she is waiting for Sawa’s answer. Sawa took her luggage, and Rinko realizes that they are heading back to Tokyo. On their way, Rinko is impressed by Sawa’s lifestyle; she comments that an executioner is living like that, and she would like to give it a try. The men in black suits infiltrate the train and told everyone to stay quiet. Rinko defeated the men using her blade.

Joran: The Princess of Snow and Blood Episode 10 Release Date

Also, read Joran: The Princess of Snow and Blood Episode 9.