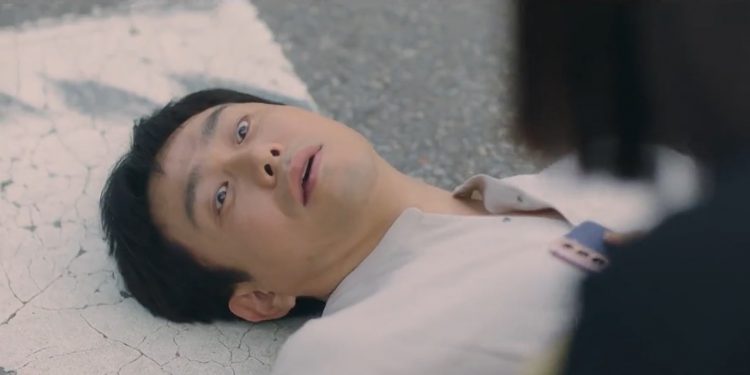 Uncle episode 7 will be taking us on more emotional rollercoasters. The ending of episode 6 left everyone in a shock. We could see Joonhyuk getting stabbed as he tried to protect Hyeryung. However, it was Hyeryung’s hesitation to call an ambulance and actually walking away in the end that had the viewers gripping their chairs. Everyone is absolutely eager to know if she does eventually ask for help or decides to leave him hurt on the middle of the street. We are aware that Joonhyuk is in the hospital in the next episode, but we still don’t know who came to his aid in the end.

As the drama hits its mid-point, things are getting intense. The constant flurry of rumourss, gossip and even verbal attacks that Jihoo and his mom have to face are increasing. Fans greatly sympathize with Jihoo and feel very sorry for Joonhee who is often left at the mercy of the Momvelies despite putting up a fight. However, things might soon change. The ‘Diamond’ of Momvelies has a closet full of secrets she doesn’t want spilling out, but it is beginning to rattle from the weight.

Also Read: How To Watch Black K-drama? Everything To Know About The OCN Thriller!

After the false allegations people make against Joonhyuk about being violent and a child molester, he is down in the dumps. About to leave on a ship, the only reason he stays back is his nephew. After living without much motivation for many days, he hears about how Joonhee is struggling to find a job. Adding to that, he also witnesses Hwaeum having a hard time and decides it’s time for some action. He comes up with a plan to steal the forged consent forms for the school conversion and use it as evidence to prevent the conversion from happening. The Momvelies panic when they hear people questioning about the forged forms and decide to stop him. Hyeryung agrees to do anything to make him stop and Joonhyuk bounces back into action.

Jihoo stands up for himself

Mingi pesters Jihoo more when Hwaeum is suspended from her position. He decides to be quiet and take it until he remembers his uncle’s advice on standing up for oneself. When Sechan and Mingi come to annoy him further and make fun of him using an inhaler, he tells them to keep talking as it won’t bother him. He throws his inhaler in the dustbin and asks Mingi if he’s afraid of him. This enrages Mingi but he leaves Jihoo alone.

The intruder is caught

When Joonhyuk and Jihoo are alone at home one day, they hear someone trying to get into their house again. This time they decide to wait and capture the intruder. Upon successfully grabbing hold of him, Joonhyuk realizes it is only a young university student. The boy begs to be set free and says he actually used to live in their apartment previously. He informs them about how he had some money he safely hid in the bathroom and takes it. This boy turns out to be related to Hyeryung’s daughter, Chaeyoung, after all.

Joonhee begs to be able to work

Joonhee realizes she will never be able to get work if the Momvelies keep working against her. She publicly begs Hyeryung for forgiveness on her knees and says, ‘You got me fired. Please let me work again.’ These words cause the room full of mother’s to break out in whispers about how the Momvelies do ruin lives of those they dislike. Hyeryung is furious and barges out but the performance seems to be affective as Joonhee is able to work again.

Episode 7 of Uncle will be released on January 1, 2022. Starting the new year perfectly, don’t you think so? Make sure to tune in to find out what Hyeryung does and what becomes of Joonhyuk!

Where to Watch Episode 7 of Uncle?

‘Uncle’ is up for streaming on Viki. This drama has been getting love from K-drama fans. Many viewers found it a breath of fresh air amongst all the similar dramas that usually only dabble in romance and don’t focus on familial issues like this one does.

What to Expect in Upcoming Episodes

The next episode of Uncle will show us what happens to Joonhyuk. All the people that love him are seen immensely worried as they wait for him to wake up in the hospital in the preview. Will Hyeryung remain silent? Or will she only concern herself with finding the culprit before the police does for her own gains.

Mr. Compress Facts That Every MHA Fan Should Know!