Do you want to see the humorous side of POTUS? This article would help you to fulfill this wish! 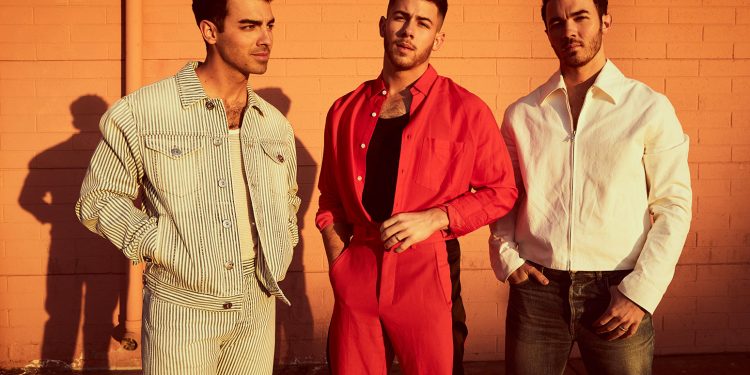 “Bing Bong! We got it!” Well, if this little sentence made you laugh, then you are probably well aware of the thing which we are going to talk about today. But if you were unable, then no worries! We got you covered! This article would be revolving around the Jonas brothers and, of course, their TikTok Account!

The Jonas brothers clearly know how to capture the limelight. And interestingly, they never fail to amaze us with their creativity. This time to continue the same thing, they came up with a not-so-casual idea! And guess what? This time they made POTUS (The president of the United States) do a cameo in their recent TikTok video! It was for the cause of promoting the vaccination among the youth. Well, this wasn’t the first time that POTUS used social media platforms to promote anything. But this time, probably some were not happy with it. Though the video gained hundreds of thousands of likes, it couldn’t escape the backlash.

Several users commented that it wasn’t funny. Moreover, he should better focus on the other important things rather than making Tik Tok reels. They also called it embarrassing. And now, if you are curious to know the whole thing, the next part would serve you right!

Also Read: Priyanka Chopra Removes Jonas From Her Name On Twitter: Are the Divorce Rumors True?

POTUS does a cameo in Jonas brothers’ latest TikTok video!

Lately, a video has been making rounds on several popular social media platforms. It was by the YouTube channel SideTalk, which featured a motley crew of eccentrics from Coney Island. This viral video had enveloped mostly every famous celebrity. And now, not even POTUS is untouched by it! The Jonas Brothers, namely Kevin Jonas, Joe Jonas, and Nick Jonas, came together to make a TikTok reel in the White House. In this, they were seen rounding around its various parts. They did a good job in lip-synchronizing that viral video in which the track mispronounced the name of the POTUS.

It went like, Joe Jonas said Bing Bong! To which Nick Jonas asks, Are you vaccinated? Then, Kevin Jonas popped out from behind the large thank you card to say, Yes, Sir! And then the fuss started when they started asking who’s the president man, who’s the president? To which the reply was Byron! Byron! (Mispronunciation of Biden). Following this, one of the Jonas brothers asked that what do you want to tell Joe Byron right now? To which Nick replied, What’s up baby… take me out to dinner!

And then the climax paved its way, which nearly popped out the eyes of the viewers out of their heads in surprise! The brothers acted like they were done with the shooting of that TikTok video. Following which Kevin asked that did they get it? To which the man who was standing behind the camera arrived. And he was none other than President Joe Biden himself! Who said that “We got it!”

And now you all must be well aware of why we used those sentences at the starting of this article! White House Video Director Jonathan Herbert posted the video to his own Twitter page. He commented that the video team did a little thing that week with the Jonas brothers. And then he urged to get Boosted! And now, if you want to know more about the Jonas brothers, follow us as we dive through the next section!

The Jonas Brothers are an American pop-rock band from Wyckoff, New Jersey. It was formed in 2005. They grabbed the limelight and presented themselves on the global platform when they made their appearances on the Disney Channel television network. The brothers are currently signed with Republic Records. By now, the Jonas Brothers have released a total of five albums. Namely, “It’s About Time,” “Jonas Brothers,” “A Little Bit Longer,” “Lines, Vines, and Trying Times,” and “Happiness Begins.” Their journey is also lined with several prestigious nominations and awards!