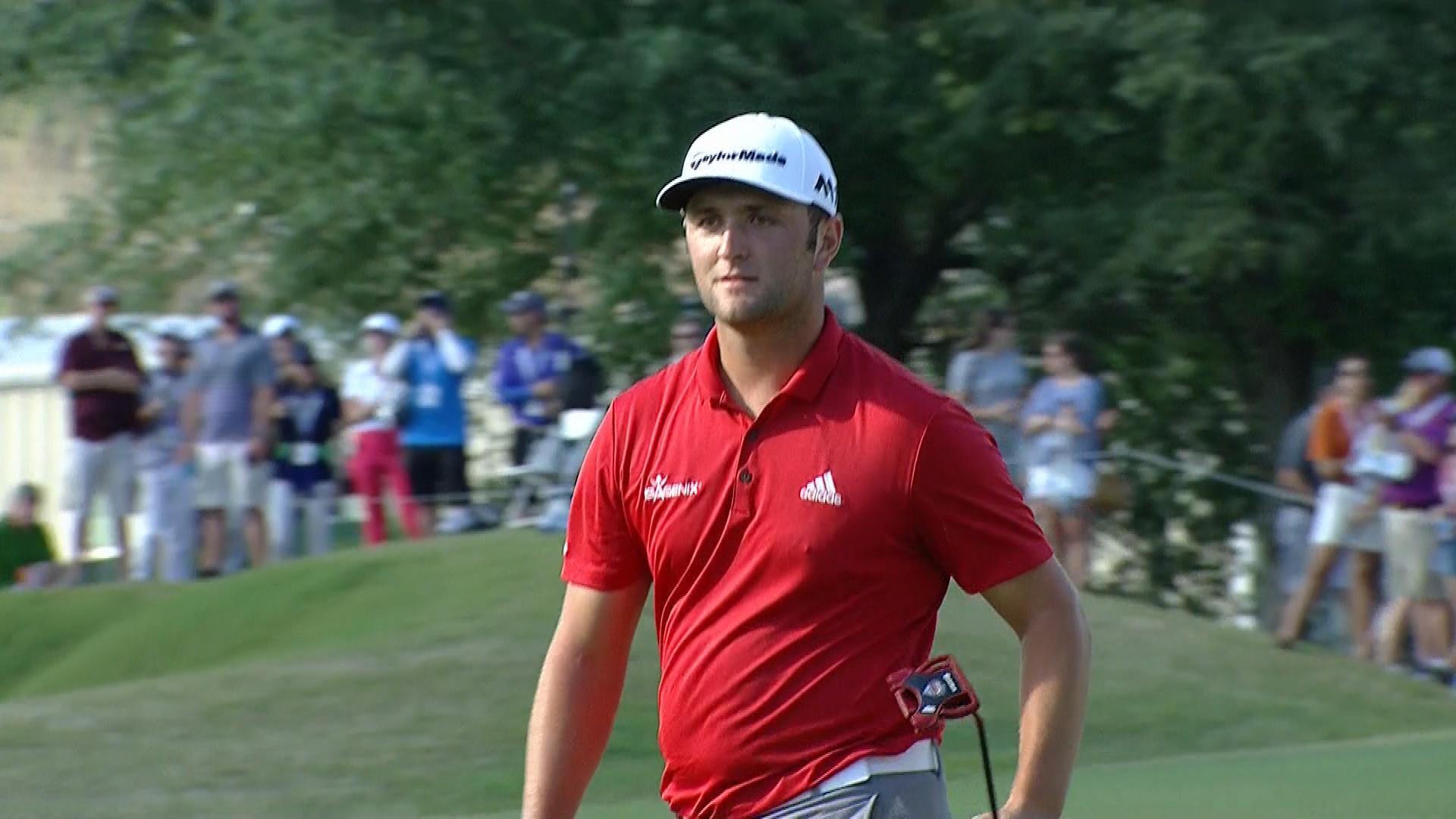 If your interest list includes sports, then there is a high chance you are aware of Jon Rahm, a remarkable golfer. He had achieved the title of world number 1 in the Official World Golf Ranking, soon after his victory in the Memorial Tournament in July 2020. The success has also brought the curiosity of sports fans knowing Jon Rahm Net Worth. Jon has currently tested positive while he was at a six-shot lead playing a Memorial Tournament in Ohio and was withdrawn from the game.

He expressed his opinion on the matter and remarked that he was “very disappointed”, as he had the potential to win the tournament. He also updated his fans on Twitter about his health, saying that both he and his family are doing fine and taking precautions for staying healthy and fit, and he can’t wait to return to his golf court after testing negative. 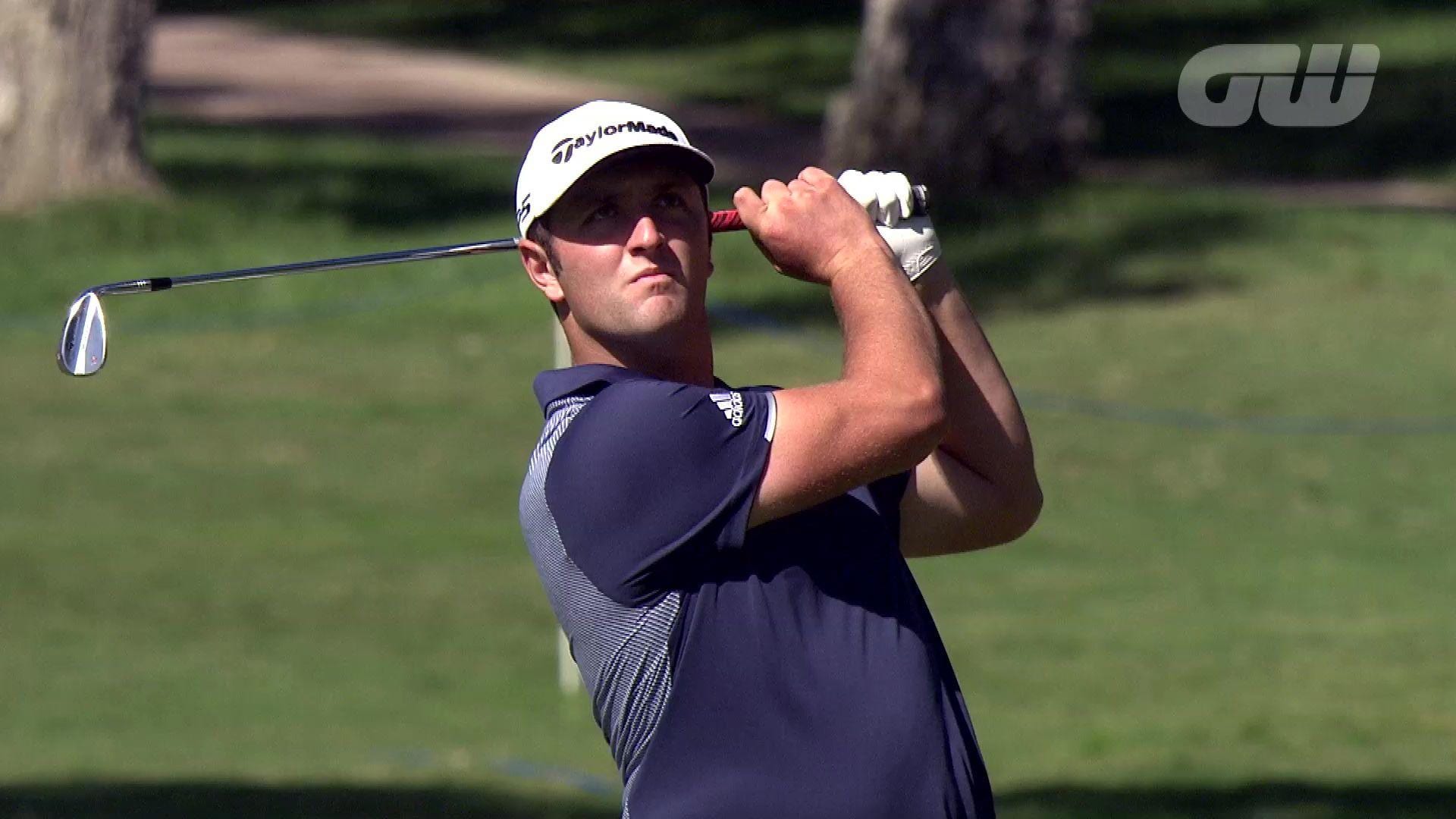 Jon currently tested positive for Covid-19 and had to withdraw himself from USPGA Memorial Tournament.

He also added that if he could remain in the competition only if he tests daily and would be allowed to use any kind of indoor facilities. We hope for his and his family’s speedy recovery. Jon played golf since he was young and won 11 college golf tournaments in collegiate wins marking himself in the second position after Phil Mickelson. He holds multiple other awards and nominations, including the Ben Hogan Award in 2015, 2016, Mark H. McCormack Medal in 2015, Sir Henry Cotton, Rookie of the Year in 2017, Race to Dubai Champion in 2019, European Tour and Golfer of the Year in 2019. There is a lot more to learn about the talented golfer, so let’s dig further into Jon Rahm’s Net Worth And Career Highlights.

What Is Jon Rahm Net Worth? 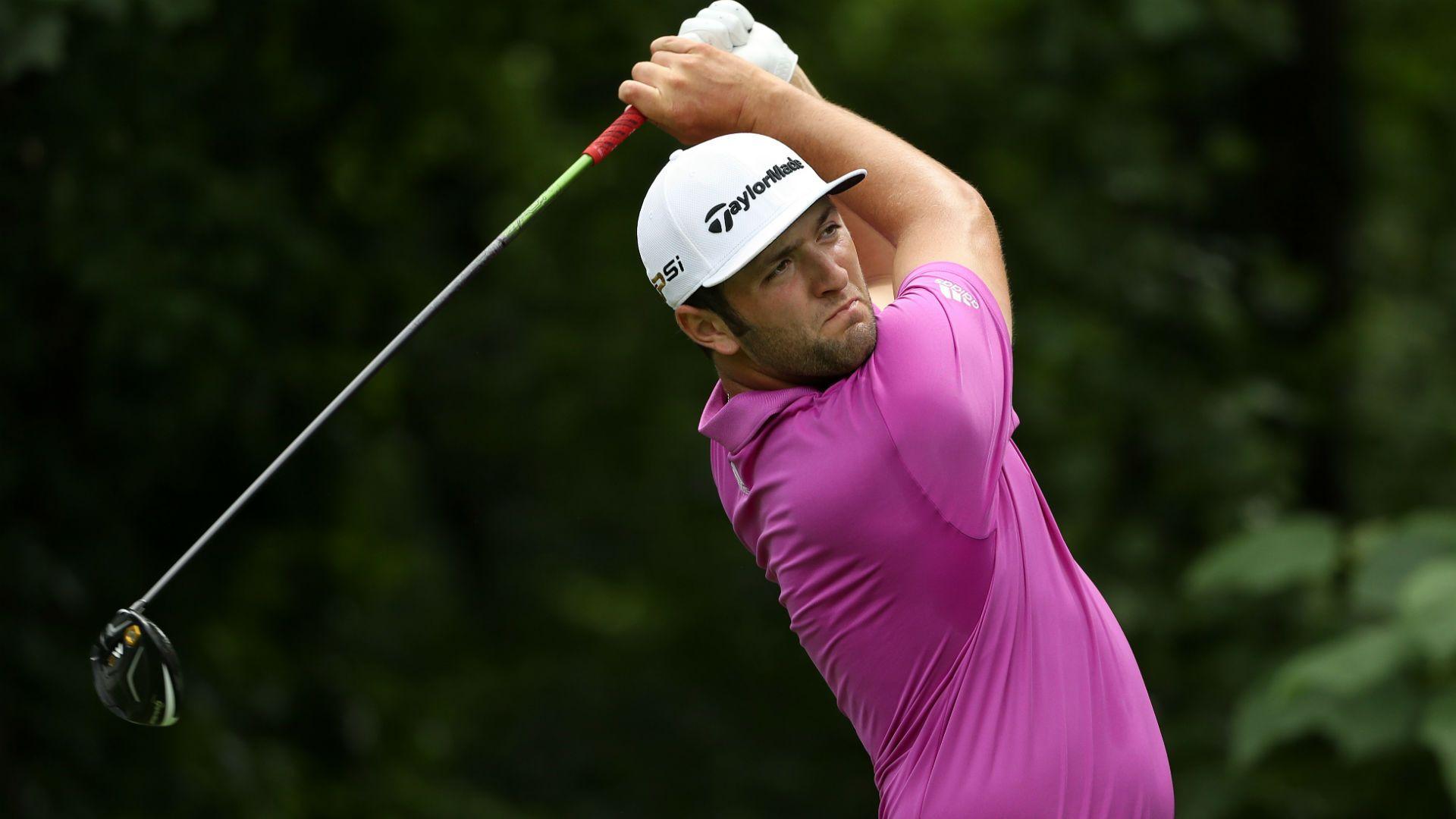 Jon Rahm has numerous achievements and records at such a young age. Jon was the former number one golfer in the World Amateur Golf Ranking and World Ranking, becoming the second Spanish golfer in sports history to achieve such a big title. This title has a large contribution towards Jon Rahm net worth. He is also one of the fastest golfers to win five prestigious European titles in the world. All of these leads to him being one of the highest-paid golfers in the world, as he has a large list of victories. And his earnings, other than career victories, are brand endorsements and the brand ambassador of Blue Yonder, an American software and consultancy company. His other contracts and sponsorship include Mercedes-Benz, TaylorMade clubs, Callaway clubs, Cuater footwear, Rolex, Isagenix, Bighorn, NetJets, and Addidas.

Also Read: Who Is Robert Pattinson Dating? About The Secretive Couple 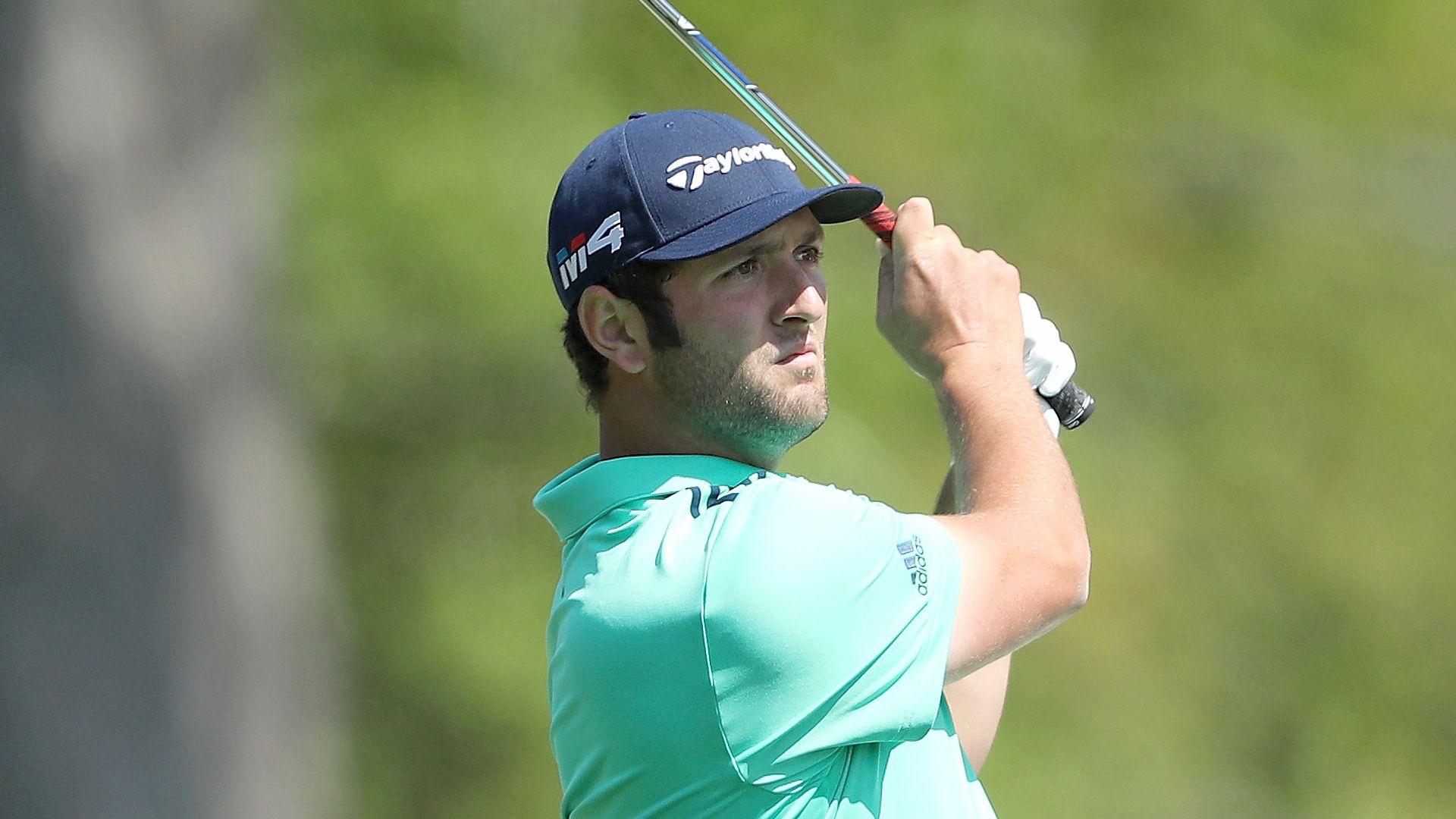 The 26-year-old is the former Number 1 golfer.

Jon Rahm Rodríguez was born on 10 November 1994 and spent his childhood in Barrika, Basque Country, Spain. Since his amateur career, he has delivered outstanding performances, which led him to the Quicken Loans National, followed by Masters Tournament, The Players Championship, the PGA Championship, and World Golf Championships events, and within a few years, he proved his abilities in front of the world as one of Europe’s finest players having 12 professional wins and started gaining a large fanbase. In 2017 he won the PGA Tour for the first time and also his first professional win at the Farmers Insurance Open.

It was announced that in 2021, Jon would play prototype woods and irons, Callaway wedges, a Callaway Chrome Soft X ball, and an Odyssey putter. 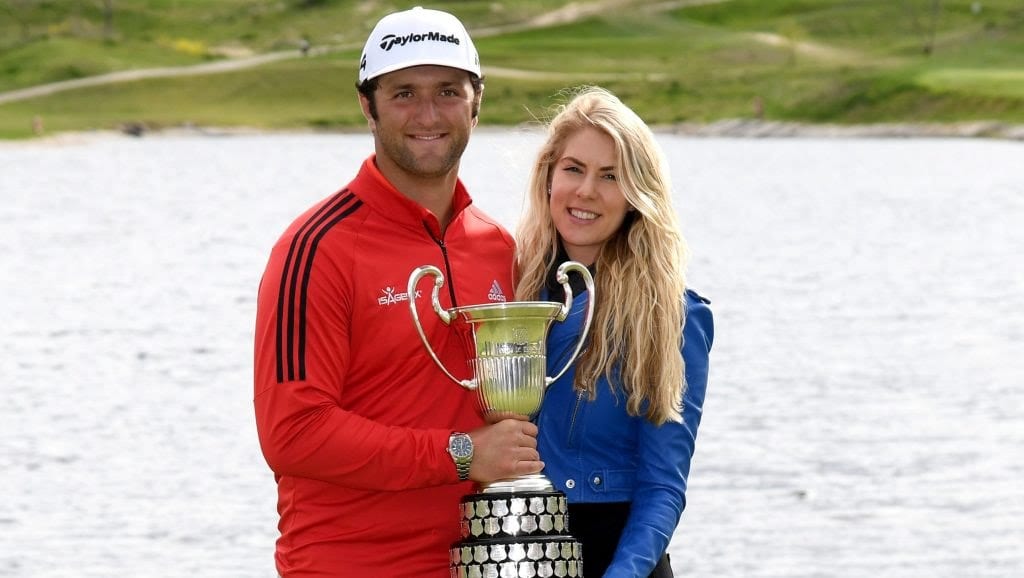 Jon with his wife, Kelley, his college sweetheart

Jon Rahm got married in 2019 to Kelley Cahill his college girlfriend after dating for two years. Kelly also belongs from an athlete background as Kelley was a college-level basketball player and played with the stage name, Sun Devils. She has also served as a javelin thrower and a skilled tennis player. Jon revealed that both of them got well because the couple was quite competitive and actively played against each other. The couple also got blessed with a baby boy named Kepa in April 2021 and uploaded the pictures to their Instagram account.