Joker is an American psychological thriller released in 2019. The film is directed and produced by Todd Phillips, starring Joaquin Phoenix, Robert De Niro, Zazie Beetz, and Frances Conroy. The character Joker is based on a DC character created by Bill Finger, Bob Kane, and Jerry Robinson. Joker film is the seventh movie, where the character Joker is showing in DC movies.

Joker is a supervillain, created contrary to the superhero Batman. Joker was first seen in the movie Batman released in 1966. Though Joker was supposed to be killed initially in the movie, the writers wanted to continue it as Batman’s opponent. Joker is depicted as a psychopath yet a criminal mastermind. The Joker has no superhero abilities, he uses his skill in chemical engineering and develops destructive weaponry. 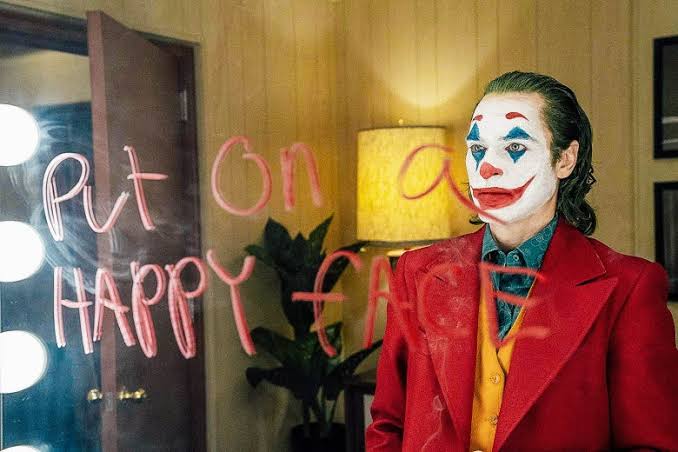 Plot summary and analysis of storyline

Joker is depicted as a psychopath yet a criminal mastermind. The Joker has no superhero abilities, he uses his skill in chemical engineering and develops destructive weaponry. In this story, Arthur Fleck played by Joaquin Phoenix works as a hired clown in a company called Ha-Ha in Gotham City. He performs and makes people laugh but he himself is suffering from depression and anxiety deep inside. He suffers from a medical disorder that makes him laugh at unusual times. One such day, when he was doing his usual job, he gets disturbed by a group of young troublemaker boys and they kick him ruthlessly. His co-worker Randall gives him a gun for protection after the incident. 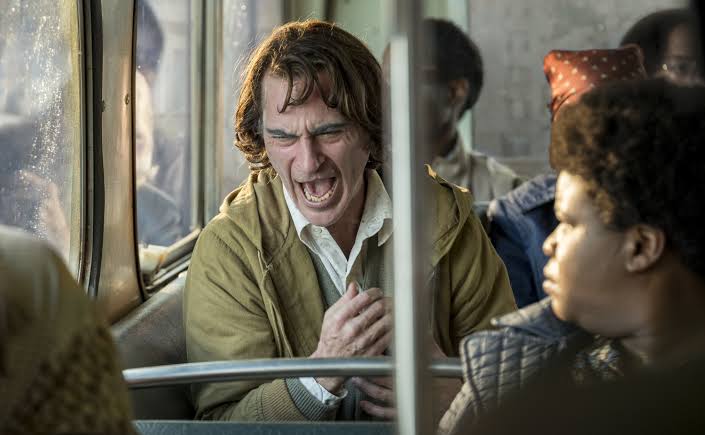 The crime in Gotham started rising at that time and the city is poverty-stricken and destitute. While entertaining the children, his gun mistakenly falls down, and Randall betrays him which led Arthur to get fired from his job. When he makes his way out still in the clown’s attire HeHe stops three drunk men from harassing a woman, and in turn, gets attacked by them who are the Employees from Wayne Enterprise, and he shoots two and wounds the third man in self-defense.

He himself was shocked at it, but due to his mental disorder, he starts dancing by himself. He saw an image of a powerful clown when he saw himself.

Arthur has a crush on his neighbor Sophie who is a single mother. She speaks nicely to him unlike others and speaks about issues he can relate to. He also invites her to his stand-up comedy show and gets impressed by his charms. In the show, though he was nervous, seeing Sophie laugh at his jokes gave him confidence.

Going back, after the incident that happened with three Wayne employees, Thomas Wayne refers to the incident as an attack on the wealthy, and refers to the lower class of the society as “clowns”. Meanwhile, Arthur went to bring his belongings back from his ex-company and he confronts Randall for betraying him and comes out feeling like a free person. Seeing the outrage of people against Thomas Wayne’s statement, he uses it as an opportunity to show his true potential.

He later finds Penny’s letter, his ailing mother, and finds out that he is the unlawful son of Thomas, and scolds his mother for hiding the truth from him. Arthur goes to the Wayne’s and performs a magic trick, where he meets Thomas’s younger son Bruce Wayne and realizing that he may be Arthur’s young brother.

Arthur finds Thomas in a public art theatre event and confronts in in the washroom, and reveals the probability of him being his father. Thomas agrees to the fact that he knows Penny, but he denies the fact that Thomas could be his son. He also says that Penny was delusional, and Arthur could be her adopted son. Arthur laughs uncontrollably at it, and Thomas unaware of his medical disorder punches him.

Arthur goes to meet Sophie, where she denies knowing him, and he gets heartbroken again, realizing the fact that the relationship was all his imagination and nothing was connected to reality. He asks for forgiveness and leaves her apartment. The next day Arthur kills Penny, who was in the hospital.

Arthur goes to a live show and introduces himself as “Joker” a reference to the term used to mock him earlier. He goes up on the stage and confesses his crimes including the train incident, opens up about his mental illness, and how society treated him. When Murray threatens him, he shoots him twice and gets arrested for his crimes.

The rioters fight and free Arthur, as he stands on the top of the car and dances to people’s cheering, and makes the blood in his face turn into a smile. 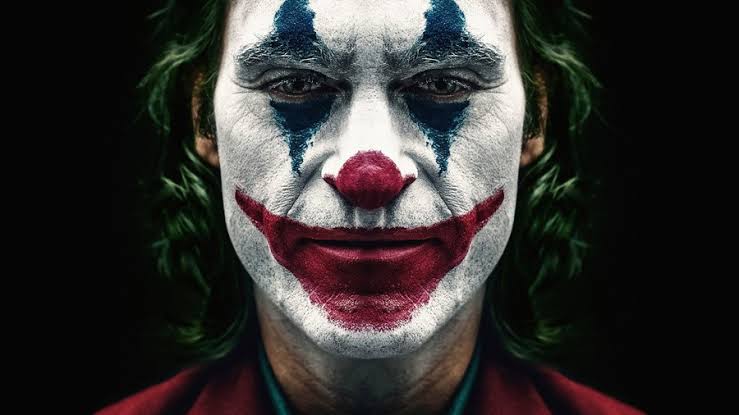 Direction and production of the film

The film is directed produced and written by Todd Phillips, with production companies Warner Bros and DC Comics. The cinematography is done by Lawrence Sher, and Hildur as music director The film was released on October 4, 2019, in the United States.

The movie is 122 minutes long. And has a budget of 55–70 million dollars, and receiving 1.074 billion dollars as the box office. Joker won the Golden Lion award after its premiere at the 76th Venice International Film Festival on August 31, 2019. , Joker became a major box office success and set a record for the biggest October release. It became the first and only R-rated film to get more than 1 million dollar box office, becoming the sixth-highest-grossing film of 2019 during its run. Joker received 11 major nominations, and Phoenix received an Oscar, becoming the second actor after Heath Ledger to win Oscar for portraying Joker.

Character explanation and casting of the movie

Joaquin Phoenix plays the role of Arthur or Joker in the film, who has a mental disorder, and a stand-up comedian/crown. Joaquin had to lose 24 kg for the role and watched the videos of people who have a pathological laugh and learned it. He read previous comic books to understand the character better. Joaquin perfectly showed Joker’s laughter and it gave chills to the audience.

Joaquin did a great job, and his performance in playing a complex role was praiseworthy. He studied every detail of the character and makes it more iconic. His predecessor Heath Ledger is very famous for the role his role Joker and won an Oscar. Joaquin lived up to the high expectations of the audience, and also Joker has a separate fanbase for being one of the people’s favorite villains. As he is alone in the crowd, society deceives him and everyone treats him as a loser, bullies him, he has a tragic life. And the fans can widely connect to the character, even if he is a villain.

People sympathize with his character, and how much role society plays to turn a person evil.

Robert De Niro is played by Murray Franklin, a talk show host who mocks Arthur and causes his downfall. Zazie Beetz plays Sophie Dumond a single mother who lives in his neighborhood and Arthur’s love interest. Though, all the romance they have was a part of Arthur’s imagination. 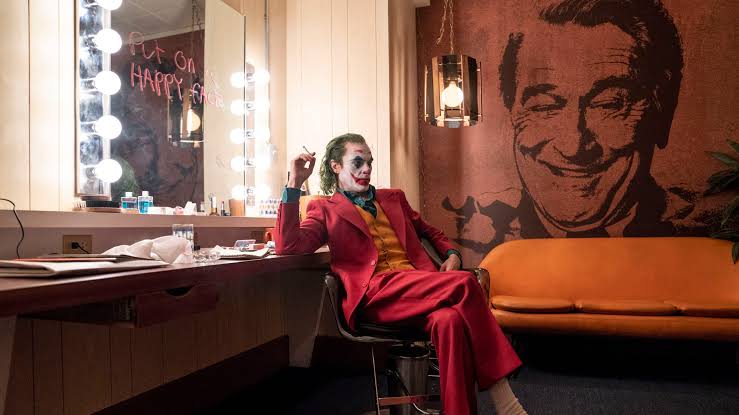 The audience had a lot of expectations from Joker, especially DC fans, for whom Joker is their villain. The film reached every expectation of a dark, intense and crime as Joker has been the criminal mastermind from the very beginning. He is isolated from society which instills madness in him and turns him into a powerful villain.

The story is shown in an artistic way and has a great soundtrack, which goes well with the situation and the scenes. Though it was a risk for the director to depict the character, was successful and it seemed well executed. The cinematography was pleasing, and a few scenes such as Arthur dancing and feeling himself while people were cheering him was a powerful scene.

Many critics tried to compared Heath Ledger’s Joker with Joaquin Phoenix’s Joker but failed because both of them had different character portrayals because of their different backstories.

The film, however, receives backlash for its political violence and is told to be encouraging violence and evil, and may lead to a revolt of the terrorists and real-life violence.

Overall, Joker received positive comments widely. My ratings for the film, Joker is 4 out of 5.

Paulo Avelino and LJ Reyes Breakup: Everything About Their Split

Want to know about Paulo Avelino and LJ Reyes Breakup? Well, People are waiting for the reaction of "Goyo: AngBatangHeneral"...

Where is Hot Fuzz Filmed? Production Locations For The Police Action Comedy Movie