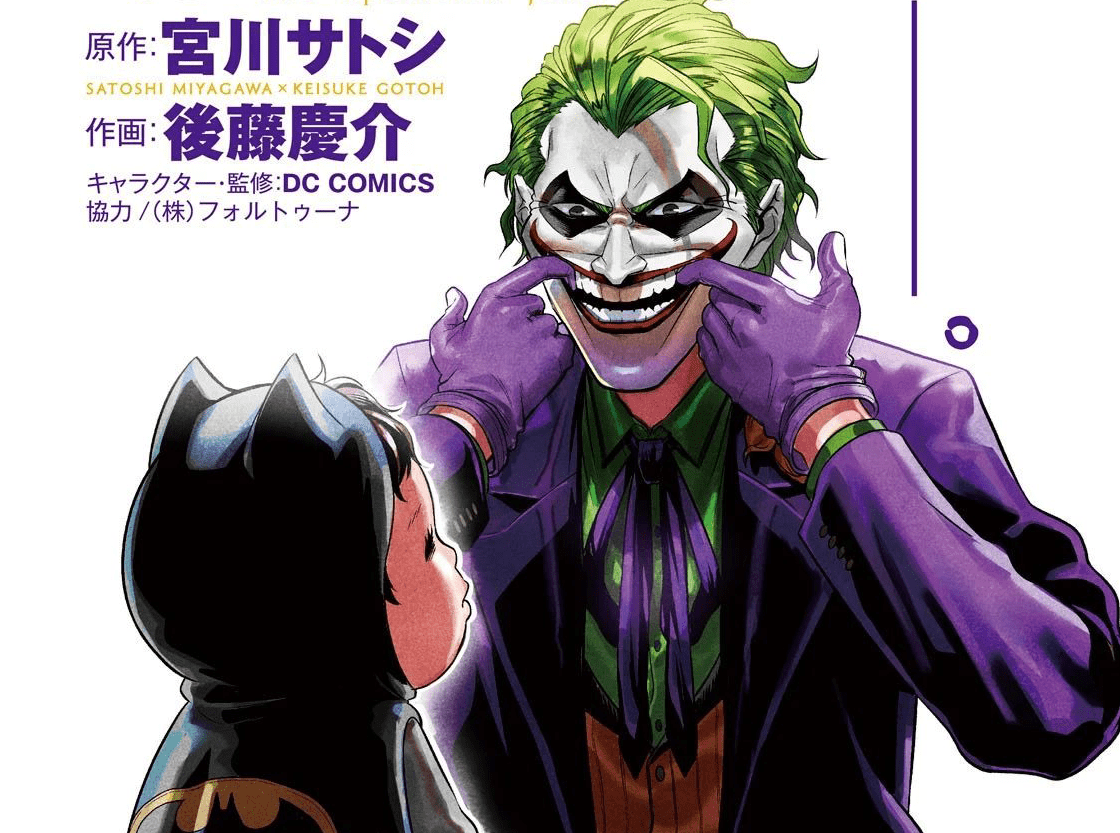 Manga publishers have started collaborating with DC and Marvel comics to produce creative content that cannot be ignored. After Shueisha released the Deadpool manga, Kodansha stepped forward with a collaboration with DC to produce a Joker manga. After its release, the Joker manga Volume 1 finally came out. The fans are in no way disappointed with the fantastic creation from Kodansha. Kodansha has previously published a  number of popular manga which include Seven Deadly Sins, Grand Blue, and also the record-breaking anime source manga of Attack On Titan. However, the recent development of the Joker manga has fans of the DC comics as well as the otakus screaming with excitement. If anything, fans are now looking forward to more from the creators of the manga.

The manga is written by Satoshi Miyagawa and illustrated by Keisuke Gotou. Miyagawa’s published work includes Uchuu Senkan Tiramisu which also got an anime adaptation. Gotou worked on the Hiseiki Koyou Shinigami Pamapama: Aogaki Yamato ga Korosenai manga. The Joker manga is based on the infamous villain of the DC Universe who keeps spreading chaos around Gotham City. At first look, the art of the manga is exquisite. It does justice to the image of Joker that we’ve had. The character is written with a lot of care. Instead of diving into a lot of flashy action-packed angles, the Joker manga instead takes a comedic route. We get to see an entirely new side to Joker.

The Joker manga is filled with elements of fun and humor so far. Here are all the details about the Joker manga volume 1 and where you can read it.

Satoshi Miyagawa and Keisuke Gotou’s manga is titled ‘One Operation Joker’. The manga begins with a face-off between Batman and Joker. Amidst the fight, Batman falls into a tank of chemical formula. Joker, afraid that he might be thrown into boredom if Batman dies, rushes to save him. However, he is surprised to find Batman turned into a baby. Now, to prove the fragility of Batman’s justice, Joker takes it into his hands to raise Batman with a good sense of Justice. What lies ahead is the adventure of parenthood for Joker depicting every hilarious encounter of Joker raising a baby by himself.

The manga was published Kodansha and serialized in Morning from 7 January 2021. As of 17 June 2021, 10 chapters were released, which were compiled into the first volume of the manga. The story of Joker in One Operation Joker takes a very new turn for the character. It is unique and the responses seem very much like what we can expect from Joker. The hype surrounding it is immense and the manga stands on par with it. 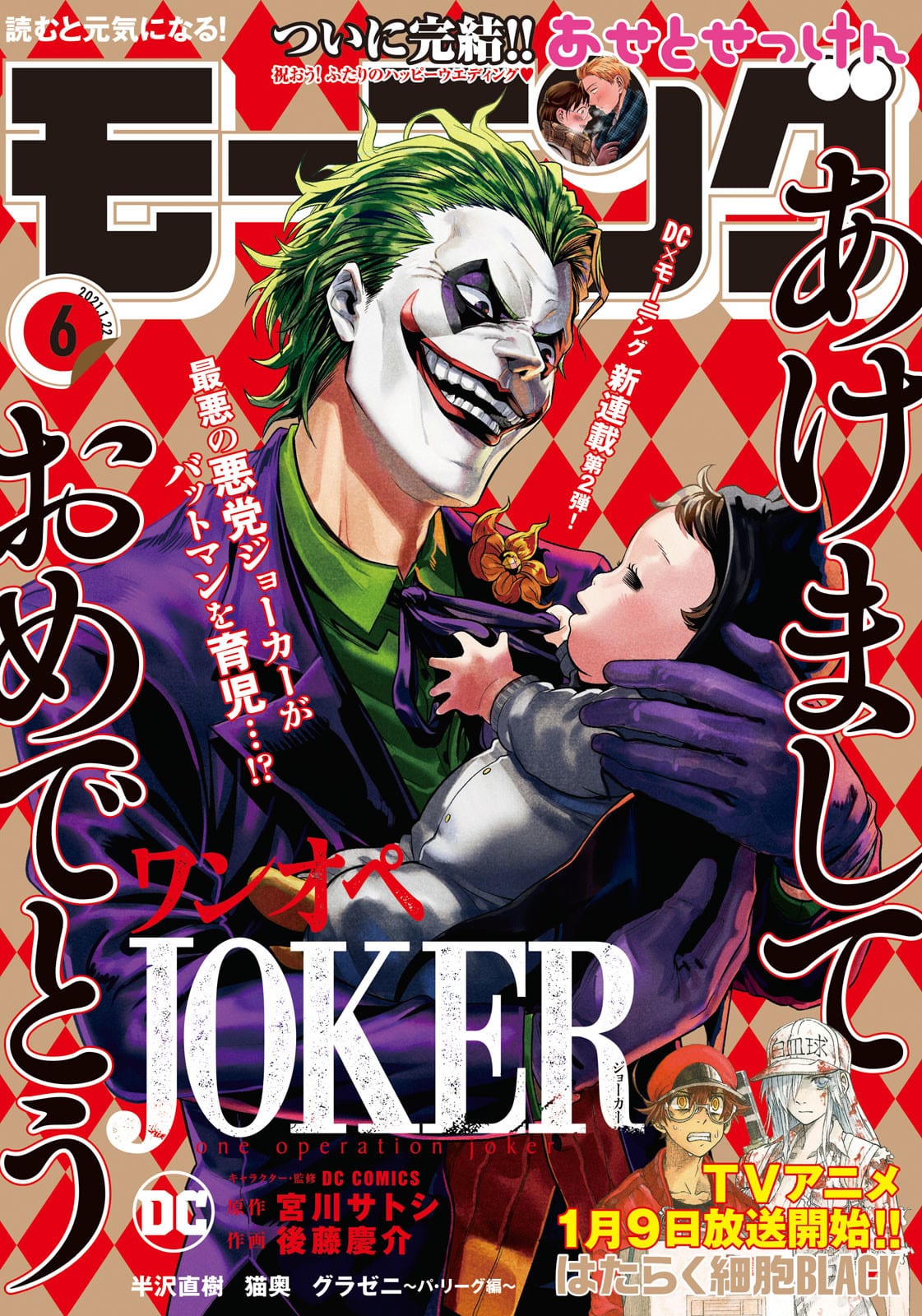 One Operation Joker: Manga by Satoshi Miyagawa and Keisuke Gotou.

Joker Manga Volume 1 Release Date and Where to read it?

The first volume of the Joker Manga, One Operation Joker came out finally on 23 June 2021. Morning published new chapters weekly and it is currently ongoing. The paperback version of the first volume is available for purchasing online but only on Amazon Japan, which means the international buyers will have to wait for a while before it is shipped overseas. Alternatively, the digital version of the first volume is available for reading Comic Days. But, this too has its setbacks. The manga is only available in the Japanese language. There has been no announcement regarding the release of any translated versions.

"One Operation JOKER" Vol.1 TP is now out in Japan!

After Batman falls into a chemical vat turning him into a baby, the Joker must raise him to be Batman! Witness his struggles as he raises a baby!#ワンオペJOKER pic.twitter.com/PA2nZMANJs

Kodansha mostly publishes the translations of the comics. Even if in a while, we might soon find the English and other language-translated version of One Operation Joker. Readers can then buy the manga online or look them up on legal websites that license the manga’s distribution. Miyagawa and Gotou’s Joker is definitely recommended to manga fans who also love American comics from Marvel and DC.

Even if it means waiting, we strictly recommend the use of legal websites and apps to read or purchase manga. This is strictly in the interest of supporting the original creators who put a lot of hard work into their creations.