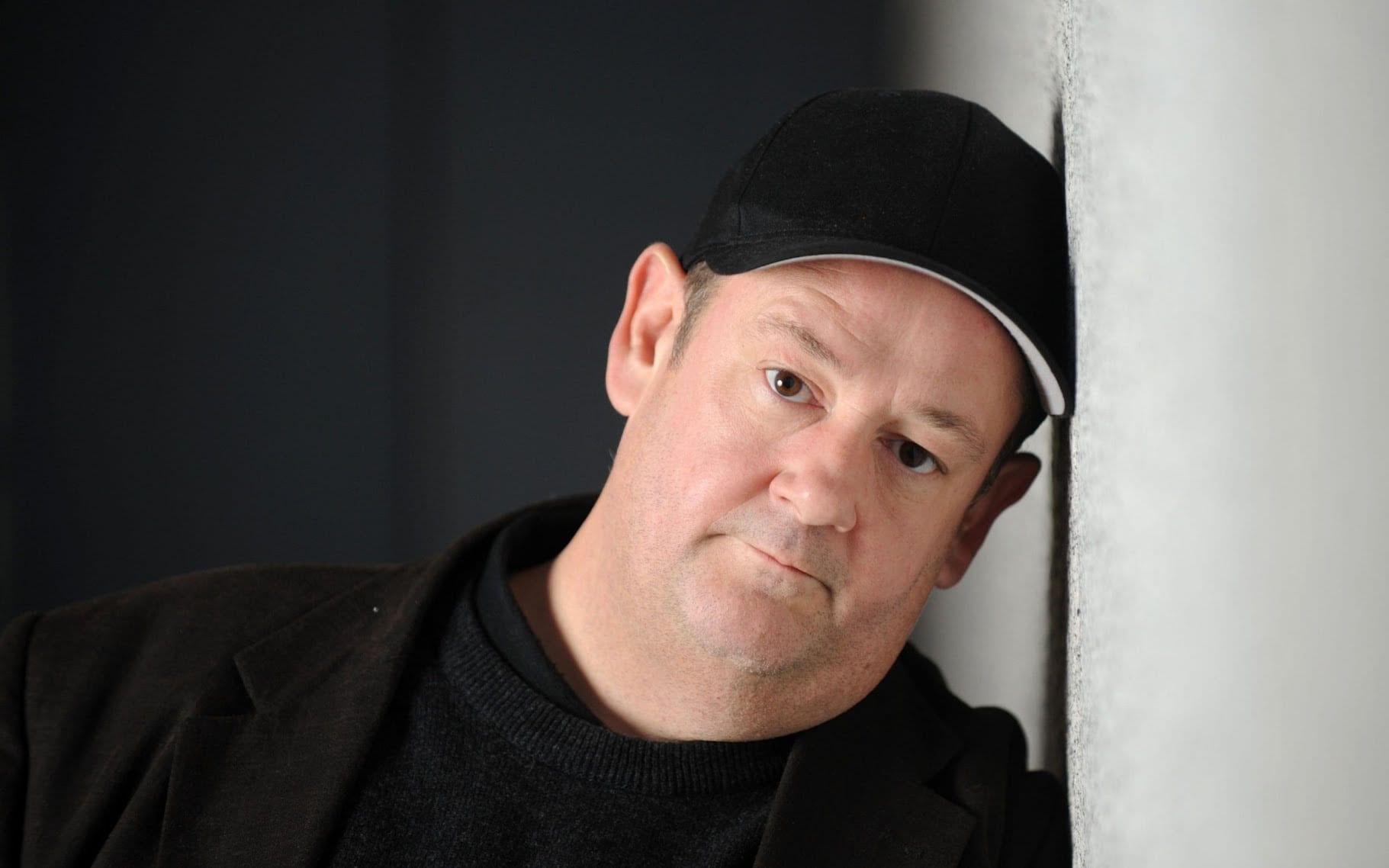 Johnny Vegas definitely falls under one of the most favorite English comedians of all time. Apart from being a comedian, he is also an actor, writer, and director. He is the owner of a husky voice, which has turned much into his identity. Johnny starred in the popular English sitcom that aired in 2007 and played the character of Geoff Maltby.

Johnny was also seen making several other television and radio appearances. His stand-ups contain pure comedy, along with adding up his unique ingredients such as angry comedic rants, bizarre and unusual humor, and most importantly his Lancashire accent. Johnny Vegas undoubtedly grew bigger with time and is available to a wider audience, and a global star. 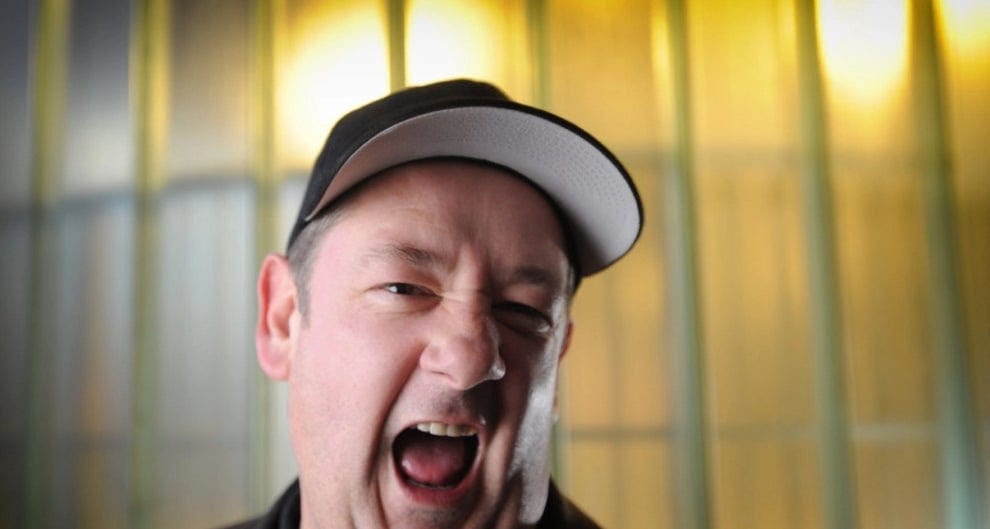 Starting off as a radio and television personality and a comedian, Johnny also got involved with ceramics. Johnny received praise for his ceramic works, which surprisingly got him a role in the movie Pot shots. The film was specially made to mark an international gathering of potters. Johnny was accompanied by Roger Law, and eventually, his work was featured on Victoria and Albert Museum and he got the further job to design a bottle for the company, Old Spice’s aftershave. We will discuss more the comedian, his career, personal life, and his net worth. 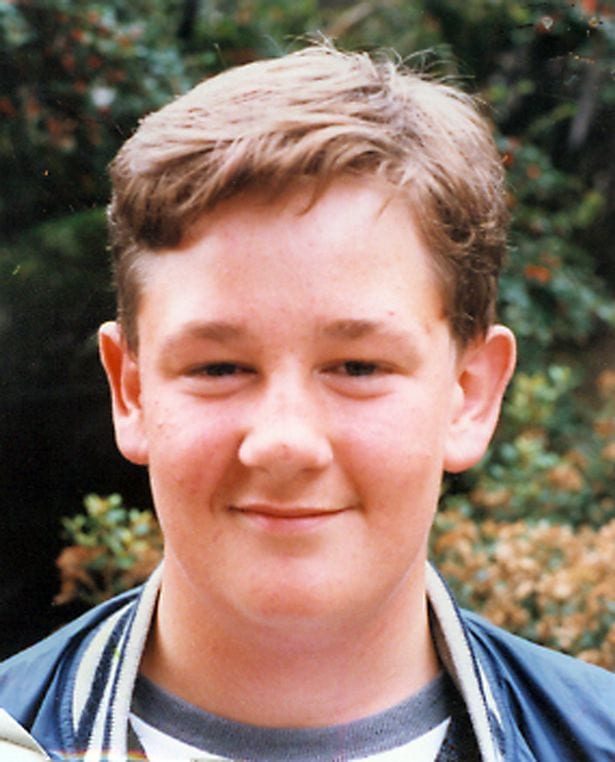 Michael Joseph Pennington, popularly known by his stage name Johnny Vegas was born on 5 September 1970 in Thatto Heath, St Helens, Lancashire, England. He was brought up as Roman Catholic along with his other siblings. He also had to attend a Catholic boarding school seminary named St Joseph’s College at a young age in order to train for the priesthood. Though Johnny was really small at the time, he became homesick, and after four terms he came back home. Later he got admitted in the Middlesex University for three years where he studied art and ceramics and also received a third class degree.

After his studies, he worked hard to find a job and pursued different part-time jobs like working in an Argos warehouse or selling boiler insurance door-to-door, or packing bottles of Cif in a factory, and was also a bartender at the Brown Edge pub. Besides his part-time jobs, he became a part of a comedy performance group, Cluub Zarathustra, mentored d by Stewart Lee, Roger Mann, and Simon Munnery. Johnny gained his primary experience from it, and it made him more interested in comedy and entertainment. 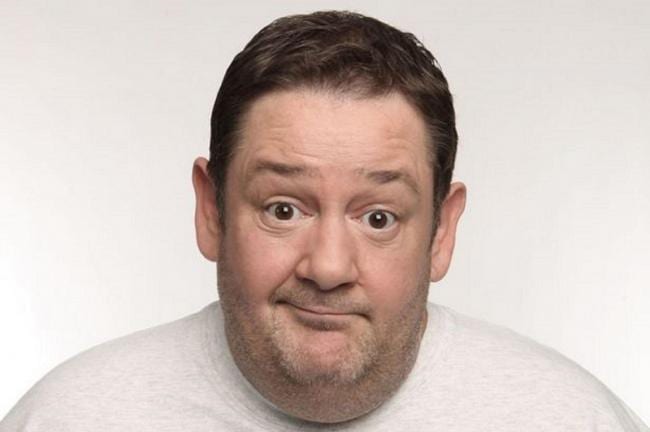 His first-ever television appearance was on Win, Lose, or Draw as a contestant, and he didn’t look back since then. He appeared in different television shows like the Big Breakfast, Channel 4’s 100 Greatest Stand-Ups, and BBC Three’s Almost Famous 2. Johnny’s first breakthrough project was his regular role in Shooting Stars. He got known for his appearance and his portly figure.

He starred in movies too, including his famous roles Jackie Symes in the film The Virgin of Liverpool, Alf Prince in the film Cheeky and Trevor in the film Blackball. He made his debut as a director in 2014 and directed a music video for Paul Heaton and Jacqui Abbott as well as an author, as he wrote his autobiography that year. In 2017, Johnny was seen in a comedy series, Eaten by Lions alongside Antonio Aakeel and Jack Carroll.

Johnny Vegas got married to Catherine “Kitty” Donnelly in 2002 and also sold pictures of his wedding to a magazine in return for a pound. The couple decided to separate their ways after four years of marriage.

After his divorce, Johnny got married to Maia Dunphy in 2011. Maia is an Irish television presenter and producer, after a few years of their marriage, they announced that they were welcoming their first baby. The couple decided to opted for a divorce in 2018, but was able to reconcile their differences and gave their marriage a second chance. However, the couple, unfortunately, split permanently in 2020. 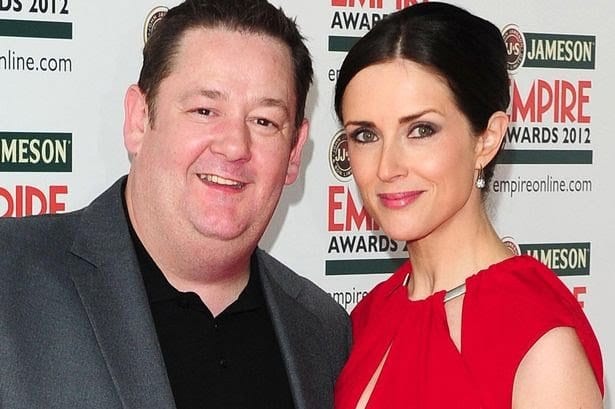 Johnny Vegas and his ex-wife, Maia

Johnny Vegas has an estimated net worth of $10 Million. Johnny Vegas would be recently seen on a new show aired on Channel 4, Carry on Glamping. Johnny Vegas has been a dedicated actor and comedian for years and has built up a pretty decent fan base. He is capable of cracking bizarre yet hilarious jokes out of any situation and make others laugh. The 50-year-old comedian actor is still doing great. 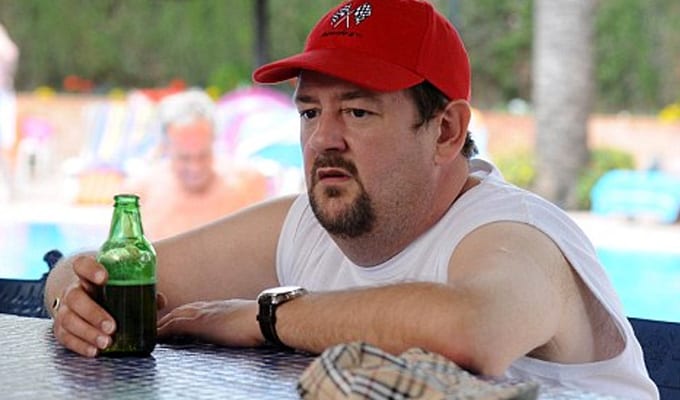