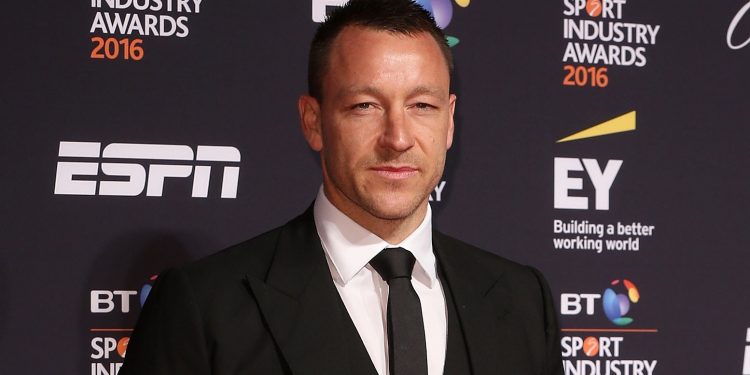 Lately, the popularity of John Terry has been rising all over the internet, resulting in fans being eager to know about John Terry Affair. John Terry is a famous English professional footballer who plays for Aston Villa Championship Club. In the world of football, the former Chelsea F.C. club legend and captain John Terry is one of the toughest defenders. In the years 2005, 2008, and 2009, the longtime center-back for Chelsea F.C. and England national team was named UEFA Club Defender of the Year. On December 7 December 7, 1980, John George Terry was born in London, England, to her mother, Sue, and her father, Ted Terry. John went to Eastbury Comprehensive School and played for the local Sunday division team named Senrab. He joined West Ham United Football Academy at the age of 11 and spent four years there.

During this time, Terry became one of the best defenders in the youth team and attracted the attention of the best English club academies. In 1995, Terry entered the Chelsea Youth Academy and started his training, and in 1998 he was given the opportunity to become a professional footballer by signing his first professional contract with Chelsea F.C. Since John began playing for the first team, his performances were sparse, and his level was not good enough that he had to be loaned out to Nottingham Forest. Terry made six starters in this provisional team in one season. John returned to the club after being bought by Roman Abramovich, a Russian businessman, in the early 2000s. Terry became one of the leading contenders for a first-team regular player in 2001/02 and a key defender for the club.

Want to know about John Terry Affair? Well, John Terry had a four-month affair with Vanessa Perroncel in late 2009. The French model Vanessa Perroncel had been in a relationship with the retired soccer player Wayne Bridge for four years, and they separated in 2009. Shortly after her split from Bridge, Vanessa was said to have had an affair with her married teammate, John Terry. Her friends claimed that John tried to seduce her as he comforted her during the breakup. In January 2010, a High Court judge prevented the media from covering allegations that Terry had an affair for four months with Vanessa Perroncel in late 2009.

Perroncel claimed the alleged affair never occurred. The accusation led when England coach Fabio Capello removed Terry from the captaincy on February 5 2010 and replaced him with Rio Ferdinand. Terry was reappointed as captain the following year. On February 27, 2010, Terry played for the first time since the incident against Bridge, in which Bridge refused to shake hands with Terry prior to the match.

John Terry is married to Toni Terry, also known as Toni Poole. They are both childhood sweethearts who knew each other before John hit the spotlight. Judging from the number of photos she posted on her Instagram account, it was easy to understand that she was also an avid horsewoman. She once competed in a dressage test for England. She has been riding horses since childhood. When she’s not riding, she clearly supports her husband on and off the field. The two lovers lived long before they decided to get married.

John Terry had a grand wedding with Toni on June 15, 2007, at Blenheim Palace. At the ceremony, famous football stars graced the event. In fact, John and his wife Toni (aka Toni Poole) are parents to twins Georgie John and Summer Rose, who was born on May 18, 2006, in Westminster, London. In 2009, Terry was awarded Dad of the Year in a survey by Daddies Sauce. Terry even said that his kids are Lionel Messi fans.

John George Terry has an approximate net worth of $50 million. Terry played most of his career as Chelsea captain in the Premier League. He was also the captain of the England national football team, holding the post from August 2006 to February 2010. From March 2011 to the year 2012 of March, Terry was paid $210,000 a week at Chelsea. Terry received a salary of $18 million in 2012, starting his professional debut for Chelsea and is also a longtime member of the Umbro stable.

In 2014, Terry made numerous endorsements deals that grossed about $1 million, and he made about $12.5 million from his salary and profits. As a footballer with a high income, Terry enjoys collecting expensive cars like Rolls-Royce, Ferrari 458 Italia, and Bentley Continental GT, to name a few. Terry also bought his house in Surrey for $25 million and also owned a boat.