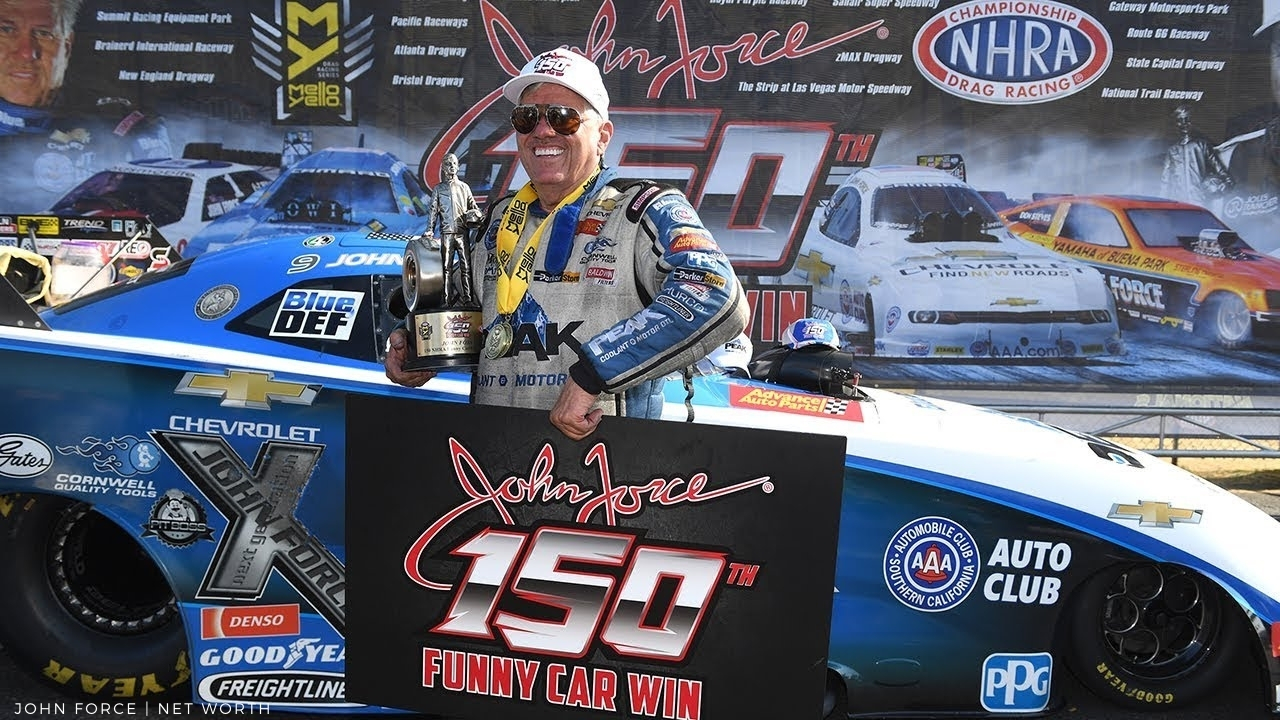 2020 has been a bad year for everyone. Especially for the people working on daily wage or in the creative industry. It was also the first time in years when John Force was not able to perform up to mark. He was not able to reach the expectations of his sponsors. The pandemic made John Force and his whole team take the season off. Knowing that the sponsors spend money and make up his net worth, John Force wasn’t really happy over the cancellation of the racing season. With a fresh mood, John will be returned back to race tracks in February 2021. Returning with his team Robert Hight and Brittany Force, they looked for more sponsors for Austin Prock.

For those who are not familiar with John Force, he is one of the greatest NHRA drag racers in America. In his racing career, he has won the National Hot Rod Association’s official race 16 times. Along with that, he is also a one-time AHRA Funny Car champion driver. He is also a 21-time champion car owner. Being one of the most dominant drag racers, he has over 154 winning titles in the sport. This year he made his come back at the age of 72. Being excited about racing on the tack again, he straight up told his sponsors that he would rather quit if he can’t go back and win. 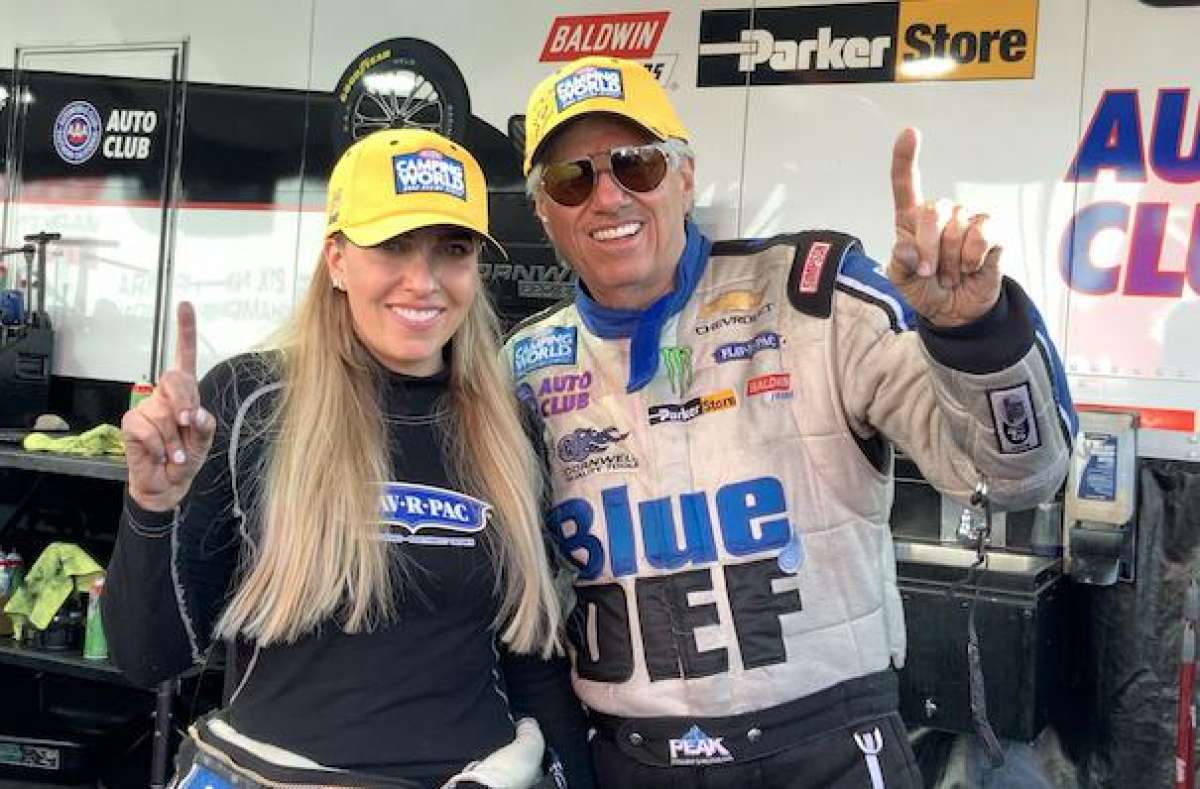 John Force with his daughter, who is also his active staff member.

The Pandemic Loss and The Future Of John Force

Because of the covid-19 pandemic, the government put the country under lockdown. Canceling all of the gaming seasons in 2020. The 6 months long lockdown caused a lot of staff to return to their home cities, leaving their jobs behind. John revealed that he lost about half of his 100-person staff at the beginning of the pandemic. Currently, his team has only 30 people. Because of the less staff, only three of the four cars have been prepared for the race season. The cars that are ready to get into the field are Force’s Peak/BlueDEF, Hight’s Auto Club, and Brittany’s Monster Energy/Flav-R-Pac Chevrolet dragsters.

Knowing that he will have to get back on the race track, John didn’t slack off during the lockdown. He used to spend around  2 1/2 hours in the gym working out. He also used to watch the previous race events to keep himself focus and motivated. Although not being able to drive pained him, he couldn’t really do much but work on himself. In late 2017, John also suffered from a car accident. In the middle of the track, his car exploded. As the explosion occurred, he bounced off two walls and was knocked unconscious for the umpteenth time. Minutes before the accident, his car dropped a cylinder. Staying on the gas, as he reached the finish line, the engine detonated. 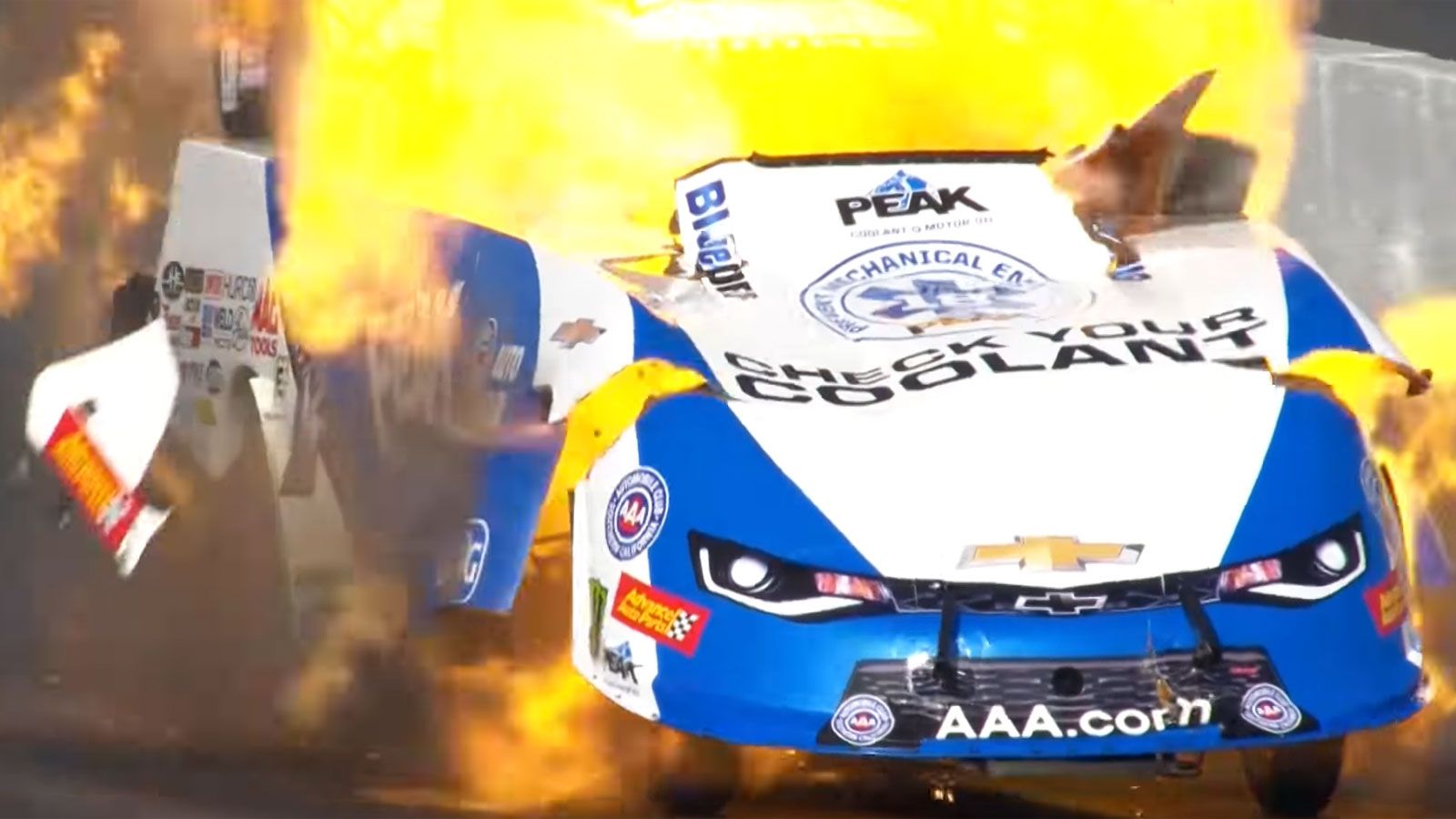 What Is The Net Worth Of John Force?

Estimating the net worth of John Force, it falls around $20 million. Along with a few good sponsorship deals, Force and his family has a lot of titles to their name. As half of the family members are in the career of car racing, John’s family also earned the title of “The First Family of Drag Racing”. Three of his four daughters i.e., Ashley, Brittany, and Courtney, and son-in-law, are amazing drag racers. Collaborating with his eldest daughter Adria Force, they own “John Force Racing” together. He is also the recipient of the Lee Iacocca Award at Bristol Dragway in 2012.

John and his team are sponsored by top brands like Chevrolet, Cornwell Tools, Montana Brand, ParkerStore, Baldwin Filters, Gates Belts, Weld Racing, Simpson Race Products, and Goodyear. He owns a house in Yorba Linda, a city in California. His mansion is worth millions. The mansion has eight bedrooms, a gym, library, sauna, formal living room with a baby grand piano, wine cellar, several fireplaces, and an attached apartment for visitors. The exterior of his house is decorated with the swimming pool comes with a hot tub, several waterfalls, a bubbling fountain, and a small mountain featuring a waterslide.