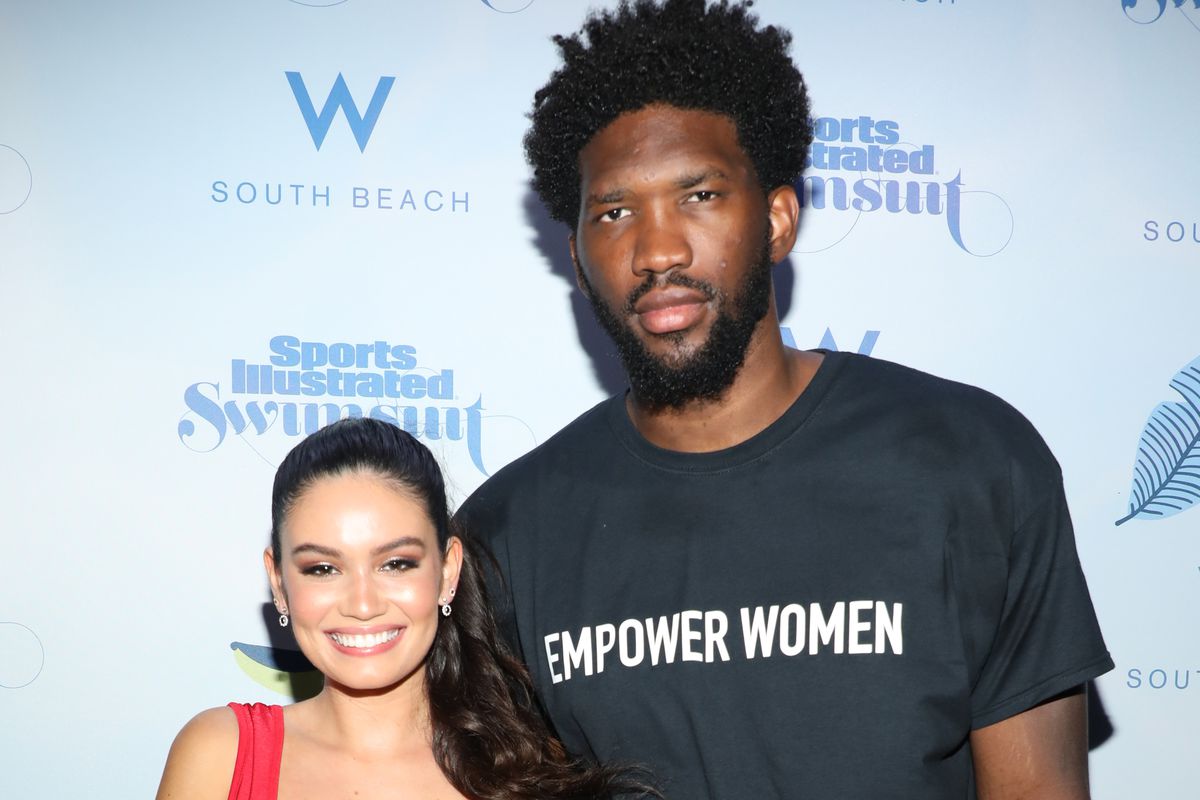 What do we know about Joel Embiid Girlfriend? Cameroonian professional basketball player Joel Embiid has been playing for the Philadelphia 76ers. The athlete has been applauded by his teammates and coach for his meticulous sportsmanship. Head coach Doc Rivers has been praising Embiid’s leadership and stated that he has been great in everything including in what he’s saying or doing. The popular athlete has been applauded for his qualities by his teammates as well. However, Joel suffered from a few severe injuries but has managed to emerge stronger.

Joel Embiid, along with two others Tobias Harris and Danny Green have proven themselves as the three most prominent Sixers leaders. Joel Embiid recently made headlines after he was heard calling Ben Simmons ‘a softie’ in a workout video during one of their training session. It seems like the video garnered huge attention from fans and things were a bit heated between the teammates it seemed. Let us take a look at all the details regarding Joel Embiid Girlfriend.

Joel Embiid Girlfriend: Here’s What We Know About Her

The popular athlete is currently in a relationship with Anne De Paula. The pair attended a dinner party in 2018 which a mutual friend threw for them in the city of NY. Anne recalled how she took time for a while to guess that Joel was a basketball player when the athlete stood up from his table. The two have been dating since 2018 and have been going strong ever since. 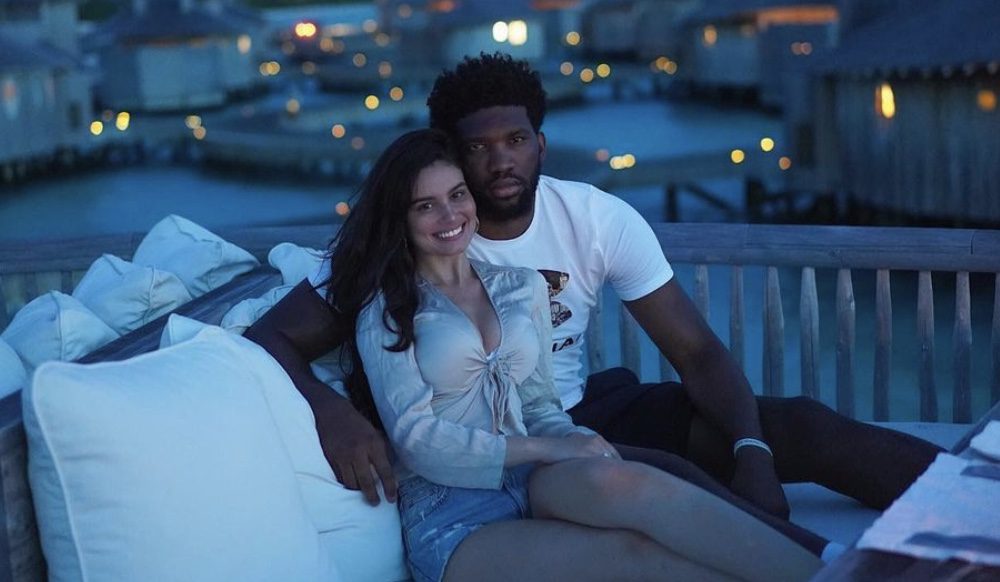 Anne came into recognition after featuring in Sports Illustrated magazine’s ‘Swimsuit Model search’ competition back in 2017. After bagging the winning title, Anne became the first ‘Sports Illustrated’ swimsuit model to get the feature on the pages of the magazine’s edition back in February 2018. The couple went on to grab huge attention after Anne De Maria was seen comforting the athletes after a brutal 2019 playoff loss to Kawhi Leonard’s Raptors as Joel seemed to have an emotional breakdown, Anne was right by his side.

The Pair Welcomed Their First Child Together!

The pair became proud parents and welcomed their first child together named Arthur, last year in September 2020. Embiid took to social media to share the big news as they welcome their little bundle of joy. The NFL player penned down a heartfelt post while thanking Anne for being so strong and giving him the greatest gift that life can offer. Even Anne once recalled how the little one was crying a lot and despite Embiid being in pain, he still found time to check his phone for the baby monitor. He has been a doting father and caring partner and Anne believes that she is truly blessed.  Take a look at beautiful pictures as they welcome their little Arthur!

We are so blessed and fortunate to welcome our little boy in this family. First of 11 or more? Trying to convince her but I’m not winning so far. I’m just trying to build a soccer team but for real I’m so excited for the future #GodIsGreat pic.twitter.com/eZaUnx90oo

Their son Arthur is actually significant and hold special significance for the athlete. The little one is named after the 26-year-old athlete’s late brother. Sadly enough, his brother passed away back in 2014 when he was just 13. While praising her beau, Anne said that he has this personality where he wants to motivate her and that is the type of person one should be around. The two have often posted mushy pictures of the two on dates and fans are in awe in social media.

Anne de Paula Made Interesting Revelations About Her Relationship

Anne while talking about their relationship that the night they met it was not only the start of a relationship, but they also began their beautiful friendship. The pair had a lot in common which included their shared interest in soccer, they both spoke French, and had hopes of starting a family one day which came true in the form of Arthur. 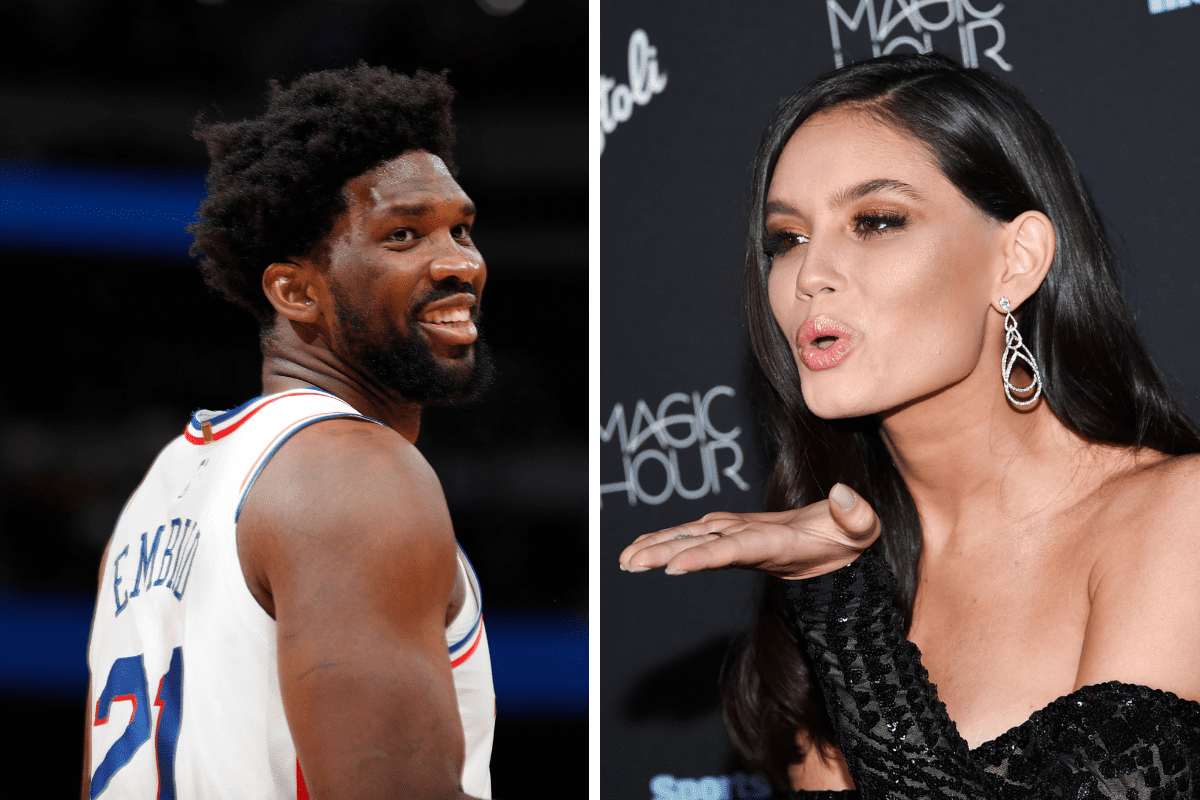 Embiid earlier went through a rough patch as he also talks about grappling with a bone bruise earlier this year. It was difficult for him to be having to sit out games which led to creating issues with his changes at league MVP. It seems like the athlete is blessed with a loving partner and an adorable son.