Comedian Joe Pasquale likes to keep his personal life very private and is only known for stand up comedy and reality shows. 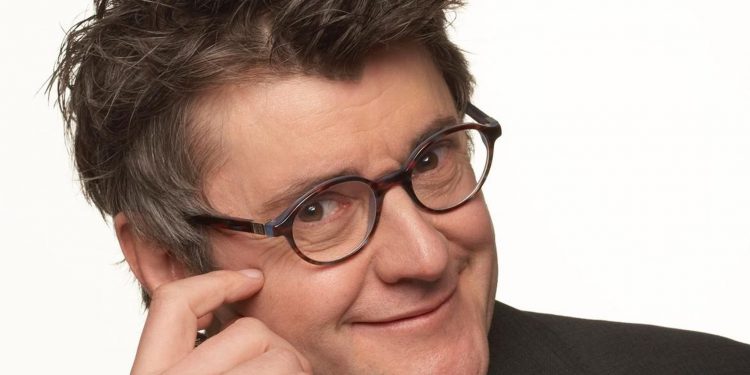 Joe Pasquale rarely expresses about his dating or personal life. So, who is Joe Pasquale’s Partner? Is he dating anyone or currently in a relationship? Nothing much is known about the personal life of the comedian as he keeps it away from the limelight. But, he did get married twice in the past. Divorce also followed both his marriages. Other than that, no rumors or speculation are surrounding Joe’s dating life. It could be the fact that Joe is only interested in his stand-up comedy and invested in his works. He did mention in an interview that how he is comfortable only in stand-up comedy.

The comedian recently revealed how lockdown even affected him. He admitted that he did not realize how much performing defined who he is that he did not realize the thing until that is taken away from him. Joe also said that he lived on his own and for the best part of two years. Thus, he is just a bloke in his pants without having that way of expressing himself. That was not good for his mental health. It was devastating for him on a mental health level when he did not have any way of expressing himself.

Joe Pasquale’s Partner: Who is the Comedian Dating in 2021?

Joe Pasquale does not have a partner currently. The comedian is not dating anyone in 2021. No news or any hints are suggesting that he is in a relationship or dating anyone. Likewise, he also keeps his private life away from the public eyes. He rarely spoke anything about his personal or love life. However, Joe had been married two times before. His first wife was Alison Pasquale, with whom he got married in 1978. Their divorce took place in 1986. Well, what happened in their relationship is still not known.

The Comedian went on to marry Debbie Pasquale in 1988 after splitting with Alison. But, his second marriage also did not last long. The pair decided to split in 2008. After that, he went to live with his father, Joseph. A close insider mentioned during that time that things were not going well between them for some time. They keep on fighting. Their friends even said that there were fewer possibilities of the couple getting back together. The couple’s spokesman said that they broke up amicably. There is no involvement of other parties between them.

Joe Pasquale Has Five Children From His Ex-Wives

Joe Pasquale shares three children with his first wife, Alison Pasquale. They all are daughters, Kerry Pasquale, Vicky Pasquale, and Dani Pasquale. Meanwhile, he shares two children with his second wife. Debbie Pasquale. They are a son, Joe Tracini and daughter, Tina Tracini. Joe Tracini’s name is similar to that of his father. Furthermore, he is also the famous one among all his children who entered Hollywood. He is currently 33 years old. On the other hand, there is not much information regarding his other children.

Fans were surprised and shocked to find the family ties between Joe Pasquale and Joe Tracini in Britain’s Brightest Celebrity Family. The comedian appeared with his son and son-in-law in the ITV show in an episode of April 2021. They were competing for getting a position in the semi-finals in the second heat. The comedian and his family competed against Antony Cotton’s family. Then, fans came to know that Joe Pasquale and Joe Tracini are father and son. They recognized him as the actor who played the role of Dennis Savage. Viewers wrote how they did not realize it until then as the father-son pair look almost the same.

Joe Pasquale’s Opinion About Not Going to the Red Carpet

Joe Pasquale said during an interview that stand-up comedy is the only place where he is the most comfortable. He also says that he rarely goes to the red carpet. In his opinion, one has to be fashionable for such things, and he is not much fashionable. He is also glad as that way, he never really goes out of style. The comedian said that he is such a type of guy who will turn up to his parent’s doorsteps for tea going.

Also Read: What is Nathalie Kelley’s Net Worth? How Much Does The TV Personality Make?