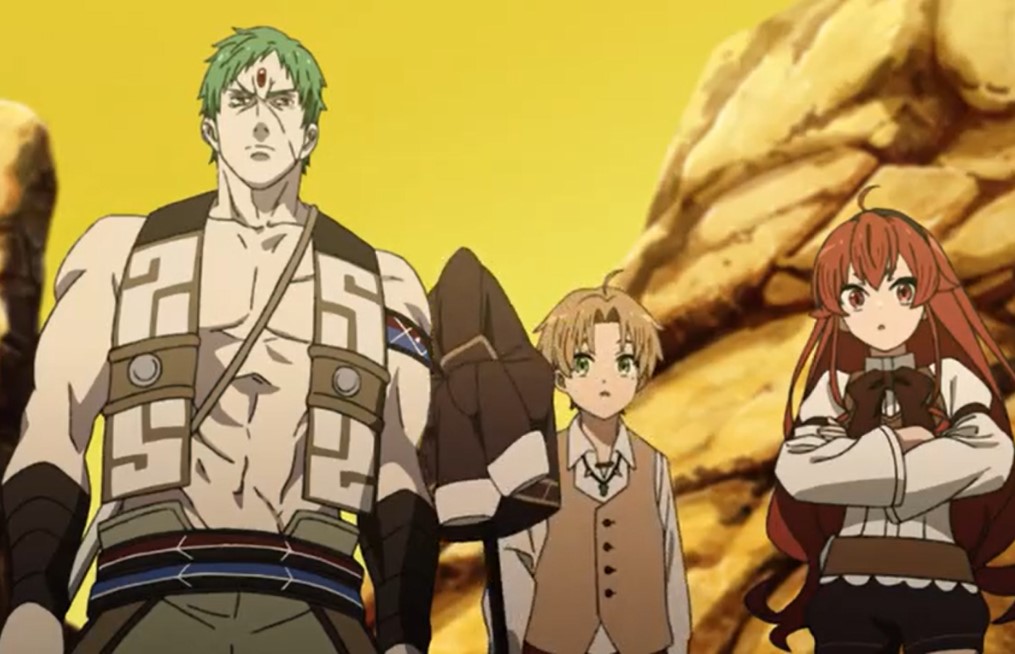 Rudy’s tenth birthday was celebrated in style. But Paul’s wife shocks everyone by saying Eris should marry Rudy. The royals also gave Rudy a special gift. In his conscious, Rudy met with The Man-God. The Man-God told him that he has been watching him for a long time. A Jobless Reincarnation episode finale will hit next week.

The Man-God replies that he can send Rudy anywhere outside the Six-Sided World. Rudy concludes that it means he didn’t reincarnate into this world. The Man-God reveals that only the Dragon-God’s better at the reincarnation process. He told Rudy that he wants to help him survive to live in Dragon Continent. 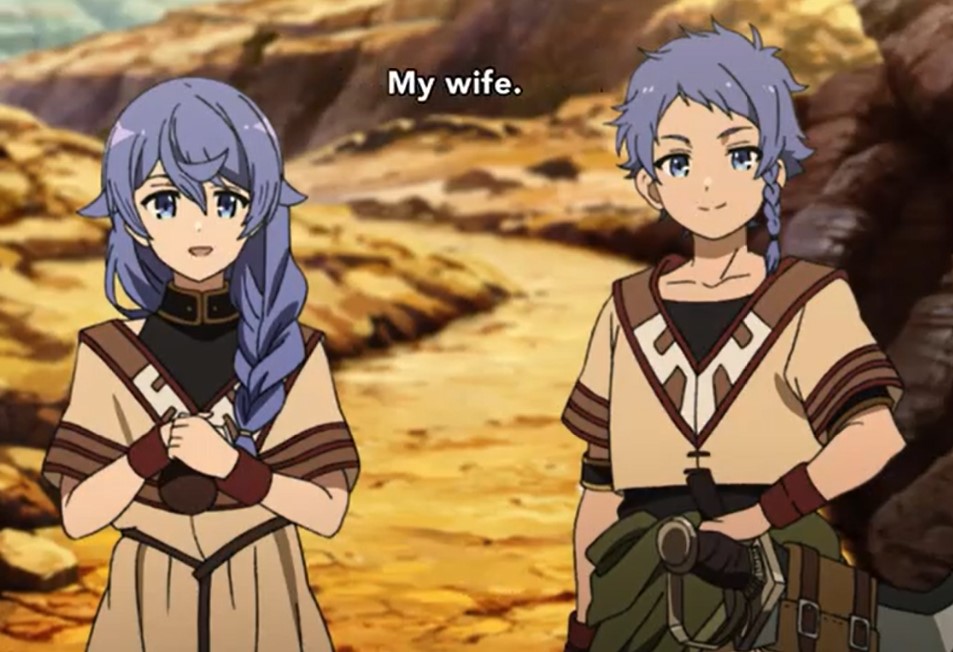 Rudy accepted The Man-God offer, and he told Rudy that there would be a man nearby when he wakes up. Rudy’s mission is to support and help that man. Rudy wakes up and finds that he is back to normal. He saw Eris near him, and he cannot find Ghasline. When he looks at the other side, he saw a Superd. He great a Superd and ask if God has sent him. A Superd reveals that Eris and Rudy fell from the sky.

The man said he created a fire to warm them and Rudy thank A Superd for saving them. Rudy asks him if he has seen a beast-woman, and he replies that he finds only Rudy and Eris. A Superd asks rudy if he is not scared of his appearance. Rudy replies that it would be rude if they are afraid of someone who saved them.

The guy reveals that he is Ruijerd Superdia. Rudy asks Ruijerd where they are, and he reveals that they are in Biegoya in the northeast of the Demon Continent. Rudy thinks that it will take them long before they return to the Central Continent. Ruijerd asks Rudy why he is in a place like this. Rudy reveals that they got caught up in a large mana disaster and land here. Ruijerd said he would escort him to his homeland.

Eris waked up and started screaming after seeing a Superd. She cried, thinking that they have been kidnaped. Ruijerd said it is a normal reaction. Rudy comments that it means that he is abnormal since he didn’t scream the first time he saw Ruijerd. Rudy explains everything to Eris, who is trembling. She greets Ruijerd and then him. 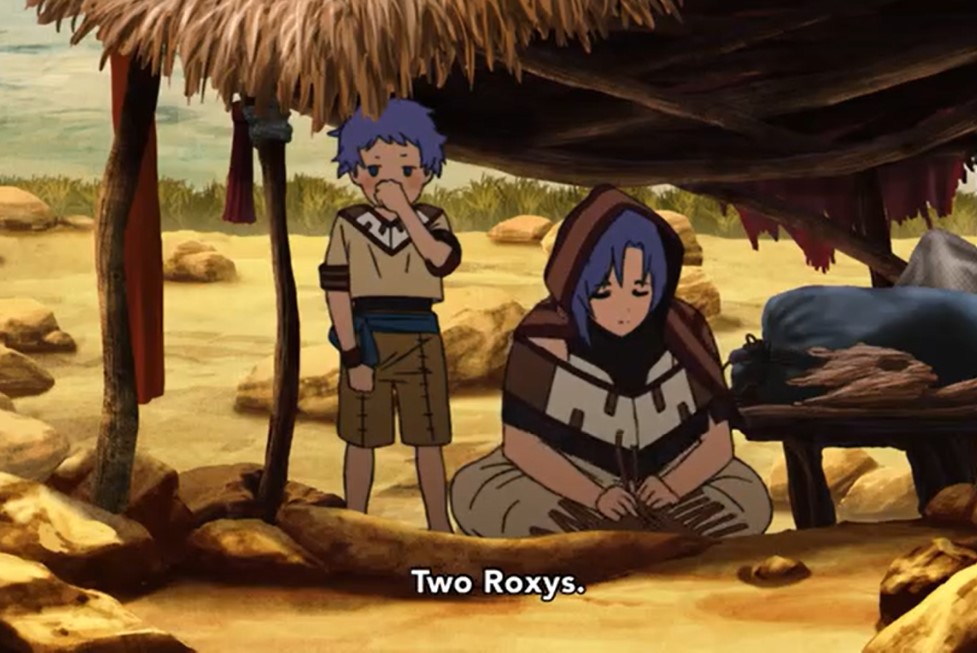 They both started to get along, and Eris thinks that a fairy tale about the Superd was true. She has found that it was just a story for the kids not to stay outside at night.  In the morning, they both head out, and Eris thinks that they are on an adventure. They arrived at the nearby village and met with Rowin. Rowin comments that the two look suspicious they cannot enter. But the village chief Rokku arrives and allows them to enter.

He is impressed that Rudy knows different languages. Rokku saw the necklace on Rudy’s chest, and he asks him who gives it to him. Rusy said his master Roxy gave him the necklace. Rowin comments that Roxy is the name of his daughter. Rudy thinks that he will meet with Roxy that he knows soon. When they walk around, he finds that every girl in the village is named Roxy, and they both had blue hair.

Rowin said his daughter had left the village for over twenty years, and he has not been in touch with her. Rudy realizes that he is talking to his father in law and he is in Roxy village. Rowin asks if Roxy is fine, and d rudy said yes. He reveals that Roxy is now forty years. Rudy asks how long did his race live. Rowin said they could live for 200 years. Ruijurd told Rudy how Lapalace betrays them and forces them to fight the Demon Race.