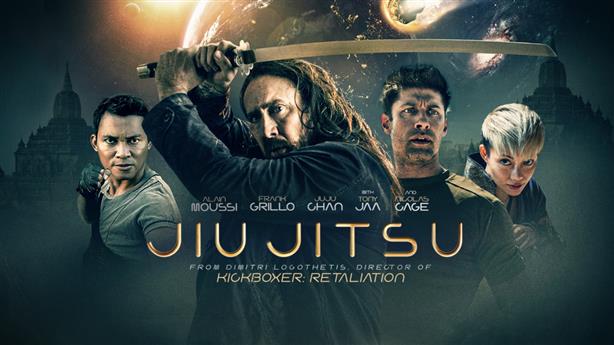 Do you know what the martial art technique Jiu-Jitsu is? Jiu-Jitsu, on the other hand, is a self-defense martial art sport. Now, in the year 2020, an American film titled Jiu-Jitsu was released in November. It was a genre hybrid that included literature, action, martial arts, adventure, and fantasy. Jiu-Jitsu, a 2017 comic book, served as the inspiration for the film. The comic was written by Jim McGrath and Logothetis.

Avenue Entertainment distributed the film. The film’s running time was 102 minutes, which was not too long. It had a budget of $25 million dollars to deal with. However, the film only made $90,674 at the box office. Read the entire article for an explanation and review of the film. You’ll understand why it performed poorly at the box office after that.

The film’s main plot centers around a group of Jiu-Jitsu warriors who also happen to be Earth’s defenders. It is up to these warriors to carry out their duties. That is, to defeat alien invaders and save mankind by thrashing a  warrior alien. Every six years, a war for Earth between the fighters and aliens takes place. For thousands of years, alien aliens have been defeated by Earth’s Jiu-Jitsu defenders. What will happen this time will be shown in the film. It does contain spoilers, be aware.

The film begins with a scene taken in a Burmese forest. Jake Barnes, a man, is seen running away from something. This guy is being pursued by a kind of floating star. Later, it was discovered that the flying stars were under Brax’s control. Brax was the alien invaders’ powerful leader. Next,  Jake finds himself on a dead-end hill overlooking the ocean. He is shot on the head by one of the stars and blacks out, crashing into the sea.

Jake is rescued from the sea by Wiley, an old Jiu-Jitsu warrior. Jake was given to two local fishermen by Wiley. He suffered cuts and bruises as a result of passing out and falling. The fishermen supplied him with all of the required medical care. Then, he was transported to a local military base. Between the translator and the fisherwomen, there is a misunderstanding. Jake is left alone at the outpost. He was unconscious for a long time before regaining consciousness. Everything much worse happened as a result of his actions. Jake seemed to be suffering from memory loss. 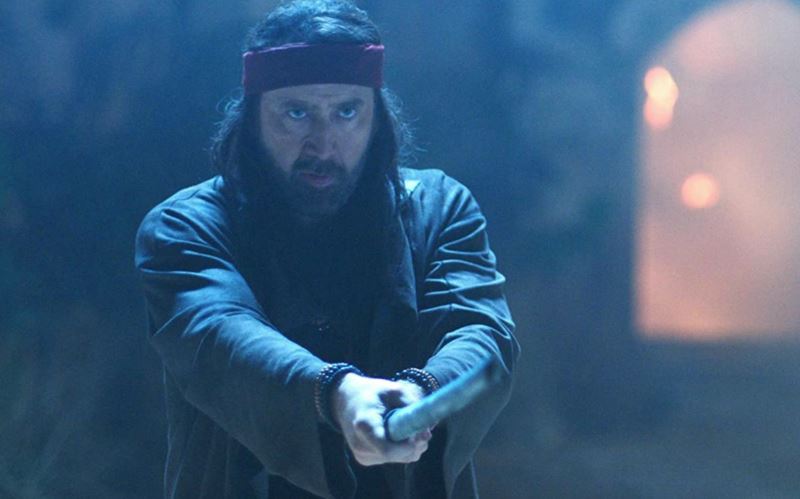 Wiley From The Film Jiu-Jitsu

As people recognize Jake’s illness and see him for the first time, they begin to question him. Jake describes a comet as well as a temple opening with a crater in it. The operatives are puzzled as they learn this from Jake.

The addition of a new character In the movie, Myra is observed. He is a professional officer who is often called upon by the public for assistance. Myra conducts an investigation. Jake, on the other hand, had no recollection about what had brought him there. Jake appeared to have amnesia, according to Myra. Around the same time, he had the impression that he may be lying. That is why Myra injects a truth serum into Jake. The truth serum was ineffective. Jake could not remember anything.

Read More: 10 Mean Girls Facts That You Don’t Know About

The audience is taken to another account during these discussions. Another advanced Jiu-jitsu warrior is featured in this section. This is Keung, who was seen battling against men in the following scenes. Hearing gunshots and other such noises alerted Myra to the possibility that something was wrong. After countering off the attackers, Keung finally makes it to Jake after shielding a hidden base.

After noticing a unique handclap and a special design on his arm, he immediately identifies him as a Jiu-Jitsu defender. Looking at Jake, Keung exclaims, “We gotta go!” Despite his injuries, Jake follows his order and departs the site to save the planet.  Both trained men leave the site, through the base defending themselves with their limbs against others.

Jake Barnes, the lead character of Jiu-Jitsu along with on-screen girlfriend Carmen

The conclusion of the Jiu-Jitsu film was tense. Keung and Jake encounter another warrior, Captain Sand, on their way. This soldier was injured in a previous battle and tells Jake about a flaw in the alien invader king, Brax. This flaw could be exploited to their advantage. To take on Brax, the whole squad of warriors joins forces.

Carmen, Jake’s girlfriend, is also a member of the squad. On their side, everybody puts up a good fight. At the end of the day, it’s all up to Jake. Jake regains his self-assurance and strength. He uses swords and shields to hack the alien invader apart. The fisherwoman from the previous scenes reappears and shoots Brax, severely injuring him.

Carmen And The Big Reveal

During the battle, Brax tries to choke Jake to death once. It’s at this point that Carmen reveals to Jake that Wiley is Jake’s biological father. Wiley had been Jake’s master since he was a child. Jake’s energy returns as a result of this. Carmen then draws her crossbow and shoots at Brax, shooting him and exposing his chest entirely.

Jake throws grenades at Brax in an attempt to make him a deep cut. Brax had been injured and was lying on the ground at this stage. As the comet begins to blow them by, a portal appears. Finally, Jake punches Brax through a portal with his roundhouse kick. 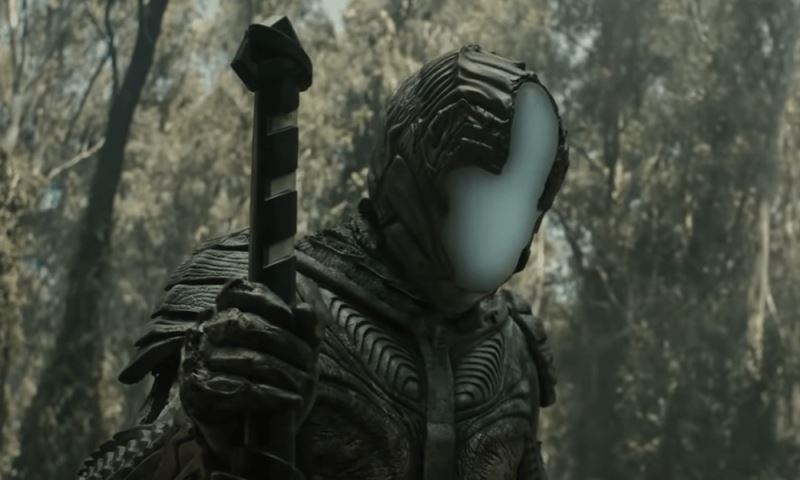 Will There Be Jiu-Jitsu Part 2?

Yes, there could be a second part of the 2020 Jiu-Jitsu competition. The portal from which Brax was pushed out is seen in the final scenes. It is left sealed and undamaged, allowing for the likelihood of an alien attack in the future. Jake is seen leaving the temple victoriously in the final scene. He then returns his attention to the portal, preparing for a second round with whatever alien emerges. This pointed at the possibility of a sequel to the film. Though no revelations have been made yet.

Apart from that, the casting for Nicolas Cage and Alain Moussi was announced in the month of March 2019. The shooting of the film took place in June 2019. The location set for the movie was Cyprus and ancient Bagan temples in Burma (present Myanmar). The official trailer for the film was released by Paramount Movies on October 14th, 2020. However, the movie was released on 20th November 2020.

The film Jiu-Jitsu is directed by Dimitri Logothetis who also held the co-writing desk along with Jim McGrath. The cinematographer department was headed by Gerardo Madrazo. Martin Barab and Chris Economides were the producers on the set. Lastly, Danny McDonald worked as the editor for the film.

Unfortunately, Jiu-Jitsu, the 2020 film, did not receive a lot of positive feedback and reviews. It was highly criticized for a variety of reasons. The picture quality is the first thing that stands out in the film. The movie scenes have been severely degraded in terms of production. The viewers were then disappointed by the slow pace of the plot. People were dissatisfied with how late in the film the main storyline was discussed. The film’s script and scene were considered to be dull and uninteresting. For the viewer, the plot was not dramatic and engaging enough. It felt out of place. As a result, the film was obviously a commercial failure and did not gain much at the box-office. We rate the 2020 film, Jiu-Jitsu, a 2.4/5.

That brings us to the end. Do share your thoughts on the film and give it a rating in the comments section below. For more movie/TV show reviews, series reviews, or entertainment-related material, please visit our website. Keep Up With Otakukart!

Read More: HBO Plans To Have 3 More Spin-Offs For Game Of Thrones