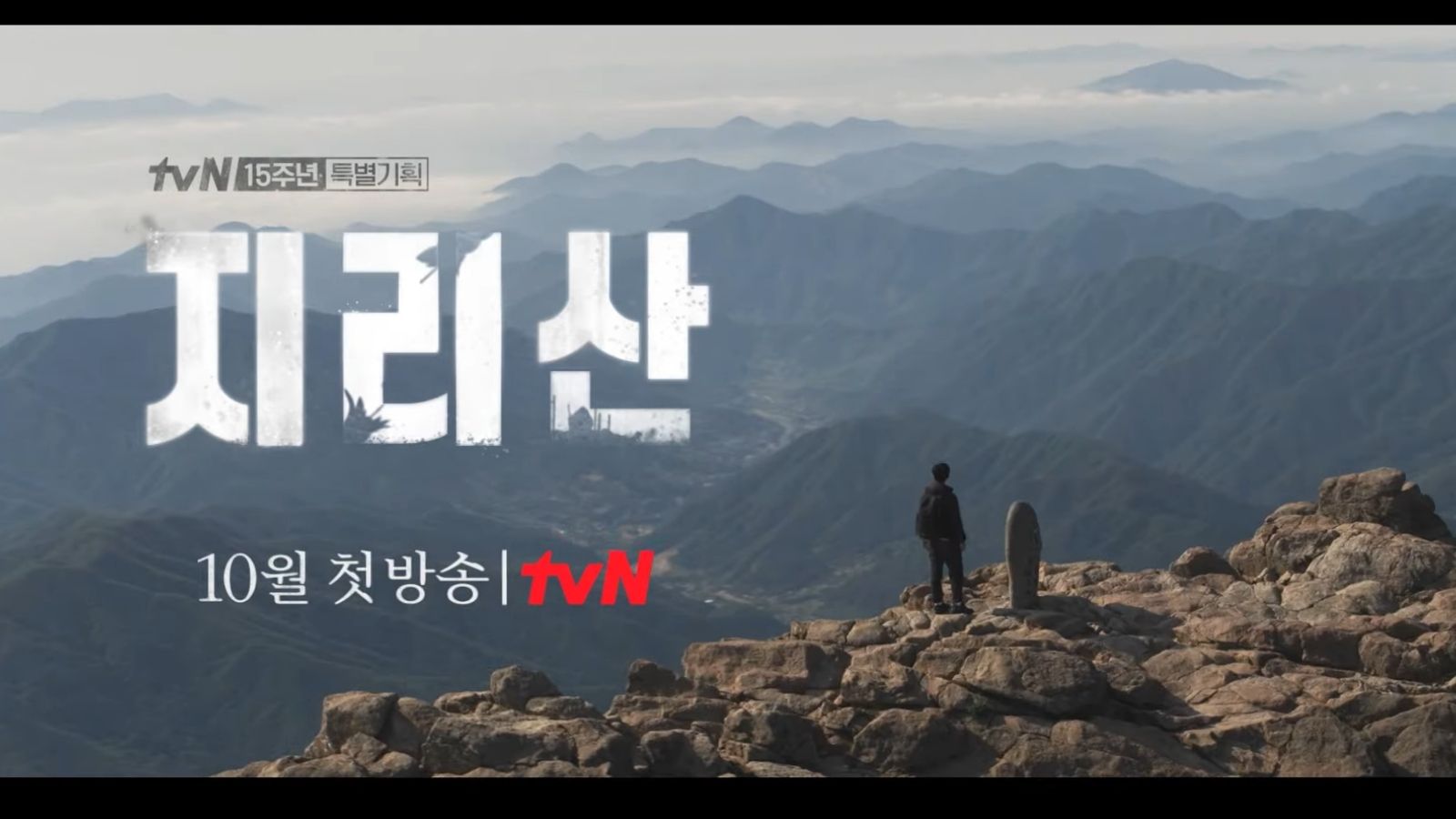 Mount Jiri or Jirisan drama has a new thrilling trailer featuring Jun Ji Hyun and Joo Ji Hoon. The tvN thriller drama has raised the bar too high with its cast. However, the teasers of the drama are more enticing. Both Jun Ji-Hyun and Joo Ji-Hoon portray mountaineers who are apparently like ‘needle and thread.’ Their trip to Mount Jiri is, unfortunately, not calm as the two thought it would be. But will the two be successful in rescuing the survivors and lost trekkers? tvN previously dropped another suspenseful teaser for Mount Jiri or Jirisan, where the National park rangers find something amusing amidst the frightening landslide and thunder.

Mount Jiri, also known as Jirisan and Cliffhanger, is an upcoming South Korean thriller drama. The plot is set in the backdrop of the Mount Jiri mountains, where mountaineers and rangers climb through the mysterious and unexplored regions. These Jirisan National Park employees are on a mission to rescue the lost trekkers and survivors. Jun Ji Hyun is playing Seo Yi Kang- Park’s top ranger with immense knowledge in navigation. Meanwhile, Joo Ji-Hoon is taking on the role of Kang Hyun Jo- a rookie park ranger and an ex-lieutenant who suffered a horrific incident at the mountain.

The duo is already gaining love for their chemistry as partners in the show. Hence, don’t forget to see the Jirisan drama trailer below.

“We are not the only ones at the mountain.” The teaser starts at a slow and calm pace as we see Seo Yi Kang shouting and yelling how she does not like mountains. Meanwhile, his rookie partner, Kang Hyun Jo, declares that the duo is Mount Jiri’s ‘Needle and Thread.’

However, before the trailer could end on a low note, a series of distressing events appeared on the screen. Moreover, several bloody equipments emerge in the teaser, taking the ‘needle and thread’ duo by surprise. As the teaser ends, Seo Yi Kang (Jun Ji-Hyun) says that they are not the only ones in the mountain that day. “Someone is killing people on the mountain,” she concludes.

Another teaser, a few days ago, was brought to light by tvN. We meet Seo Yi Kang as she tries to surpass the snowy roads and fight the thunderous climate. Meanwhile, Kang Hyun Jo discovers something unusual. The viewers are curious to see how the two will get out of the horrific situations in the mountains.

Apart from the dangerous situations and mystery, the top views from the mountains also captivate viewers. The teasers display Mount Jiri and how it let people explore its beauty. Fans are also excited to see Jun Ji Hyun in a show after a long time. 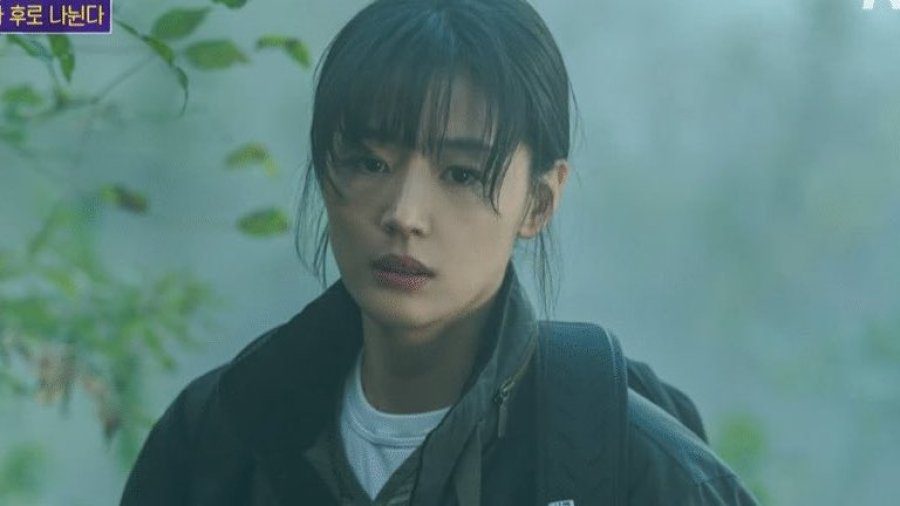 Although she amazed fans with her role in Kingdom’s special 90-minute episode, she will make her official return with Jirisan or Mount Jiri. Joo Ji- Hoon is popularly known for his role in Kingdom. The Netflix drama is widespread globally. Furthermore, Joon Ji-hoon is all set to get a spin-off based on his character.

Besides Jun Ji-Hyun (The Legend of The Blue Sea) and Joon Ji-Hyun (Hyena), the show also stars other talented actors. Sung Dong II (Moon Lovers, Hwarang), Oh Jung Se (It’s Okay Not To Be Okay, The Good Detective), Jo Han Chul (Hometown Cha Cha Cha, Vincenzo), and Jun Suk Ho (Strong Woman Do Bong Soon) will also appear in the drama. Except for Oh Jung-se, everyone else has made an appearance in Netflix’s Kingdom. 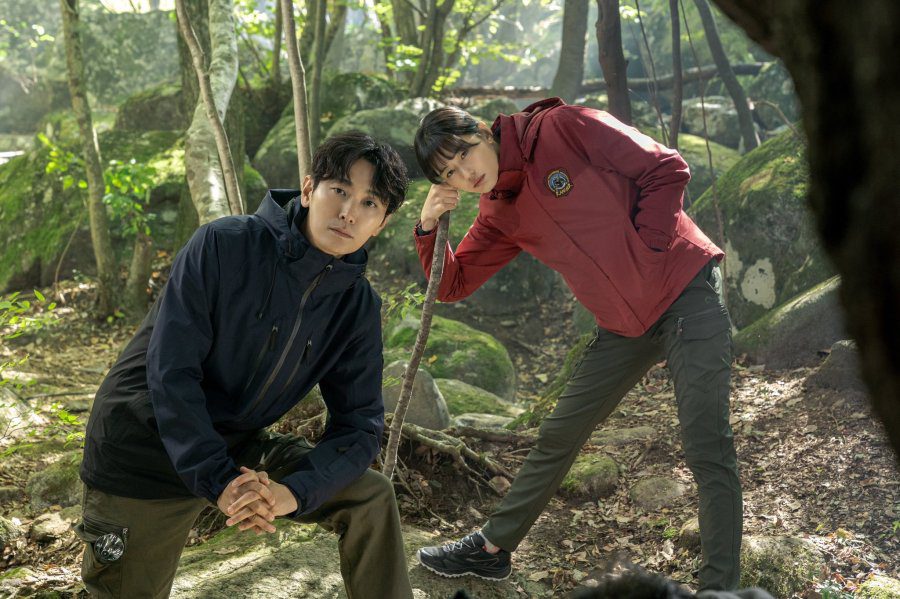 The drama will be helmed by Lee Eung Bok, who has given us super hit dramas like Mr. Sunshine, Goblin, Descendants of the Sun, Sweet Home, and many more. On the other hand, Kingdom writer, Kim Eun Hee, will pen down the script.

With the great cast and crew, Mount Jiri drama will definitely be another hit. Jirisan will release on October 23, 2021, only on tvN.