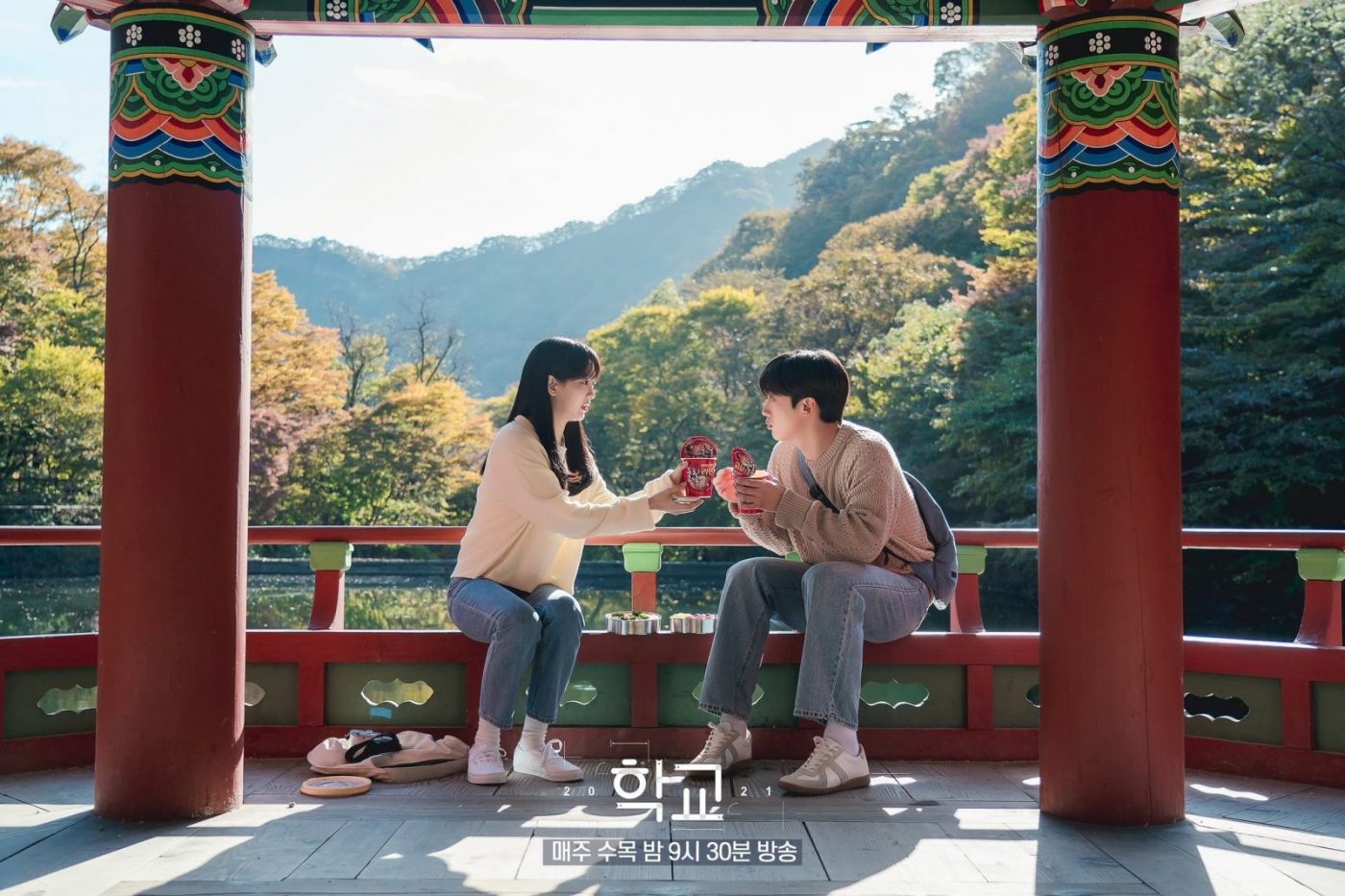 School 2021 explores the students’ romantic relationships in the upcoming episode, and things are about to get interesting. In the last episode, Jin Ji Won (Cho Yi Hun) and Gong Ki Joon (Wei’s Kim Yohan) spent some quality time with each other, which led to the former opening up about her feelings. On the other hand, Jung Young Joo (Choo Young-Woo) might break Kang Seo Young’s (Hwang Bo Reum) heart in School 2021 Episode 9. The reason behind Young-Joo’s decision is not available yet. But, the fans can suspect a love-triangle situation is finally rising in the KBS2 teen drama.

School 2021, the eighth installment of the ‘School’ series, is walking right on the path of delivering the twisted stories of young high-school students. Multiple stories are entangled in the ongoing KBS2 drama while the students focus on their dreams. Due to its availability on a global level, School 2021 is also receiving good reviews and ratings, making it another successful School drama.

School 2021 has now successfully aired eight episodes. And it is in the midst of concluding the storyline. Viewers can expect new twists and turn in the latest episodes, with new faces and storylines.

School 2021 Episode 9 will release on December 22, 2021, at 9:30 PM KST. The episode will release on KBS2 on a Wednesday, as per its broadcasting schedule. We were received by the glimpse of the next episode in School 2021 Episode 9 preview, which made the leading characters’ lives even more confusing. After the big fight between Gong Ki Joon and Jung Young Joo in episode 8, the two ex-friends will face a rough patch. Also, Seo Young and Young Joo will meet an awkward phase after the end of their fake relationship. Meanwhile, Kim Kang Min (Ji Ho Sung) and Go Eun Bi (Seo Hee Seon) keep an eye on Seo Young after she shut down contact with everyone. 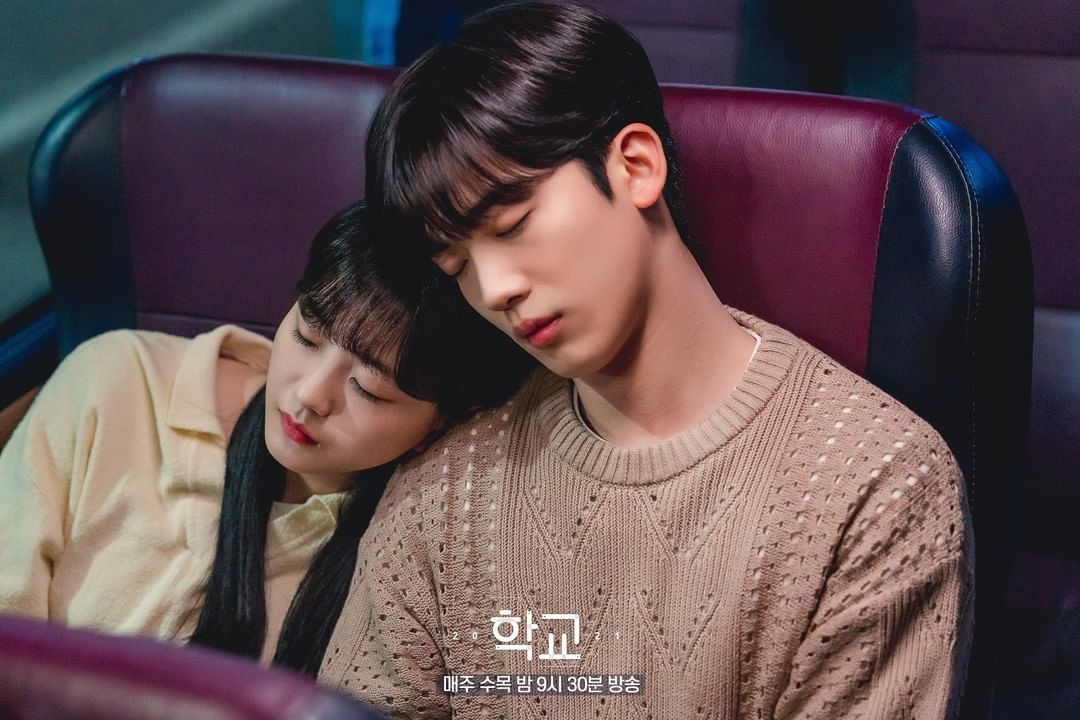 Also, the architectural department might get closed, as per the preview, which will bring further problems for Jin Ji Won. Lastly, Gong Ki Joon will confront Jin Ji Won about the rooftop confession she made to him. As the second half of School 2021 begins, more drama will stir up the viewers. Both love and career are taking a significant turn in the students’ lives at Nulji Scientific and Technology high school. Young Joo and Gong Ki Joon’s past and guilt will shape a new chapter. On the contrary, new relationships will bloom as we move forward.

School 2021 drops new episodes every Wednesday and Thursday on its original network – KBS2 – via cable network in South Korea. However, international fans have nothing to worry about. You can stream School 2021 drama online without any hassles.

Besides KBS2, Rakuten Viki also offers School 2021 as its original network. The viewers can binge-watch the teenage drama on Viki with a subscription, which may vary from country to country. Viki uploads the fresh episodes simultaneously after their initial broadcast on KBS2. Hence, be updated with new episodes. Furthermore, you can watch all the Kdramas and School 2021 Ep9 on Viki with subtitles in English and other languages.

In School 2021 episode 8, Jin Ji Won confesses her feeling to Ki-Joon on the terrace. However, before the big cliffhanger happened, Young Joo and Ji Won spent time together, which forces Young Joo to take a massive step in his relationship with Seo Young. In the final scenes of Ep8, Jin Ji Won tells Ki-Joon that she likes him. Meanwhile, Young Joo asks Seo Young to end their relationship in another frame. 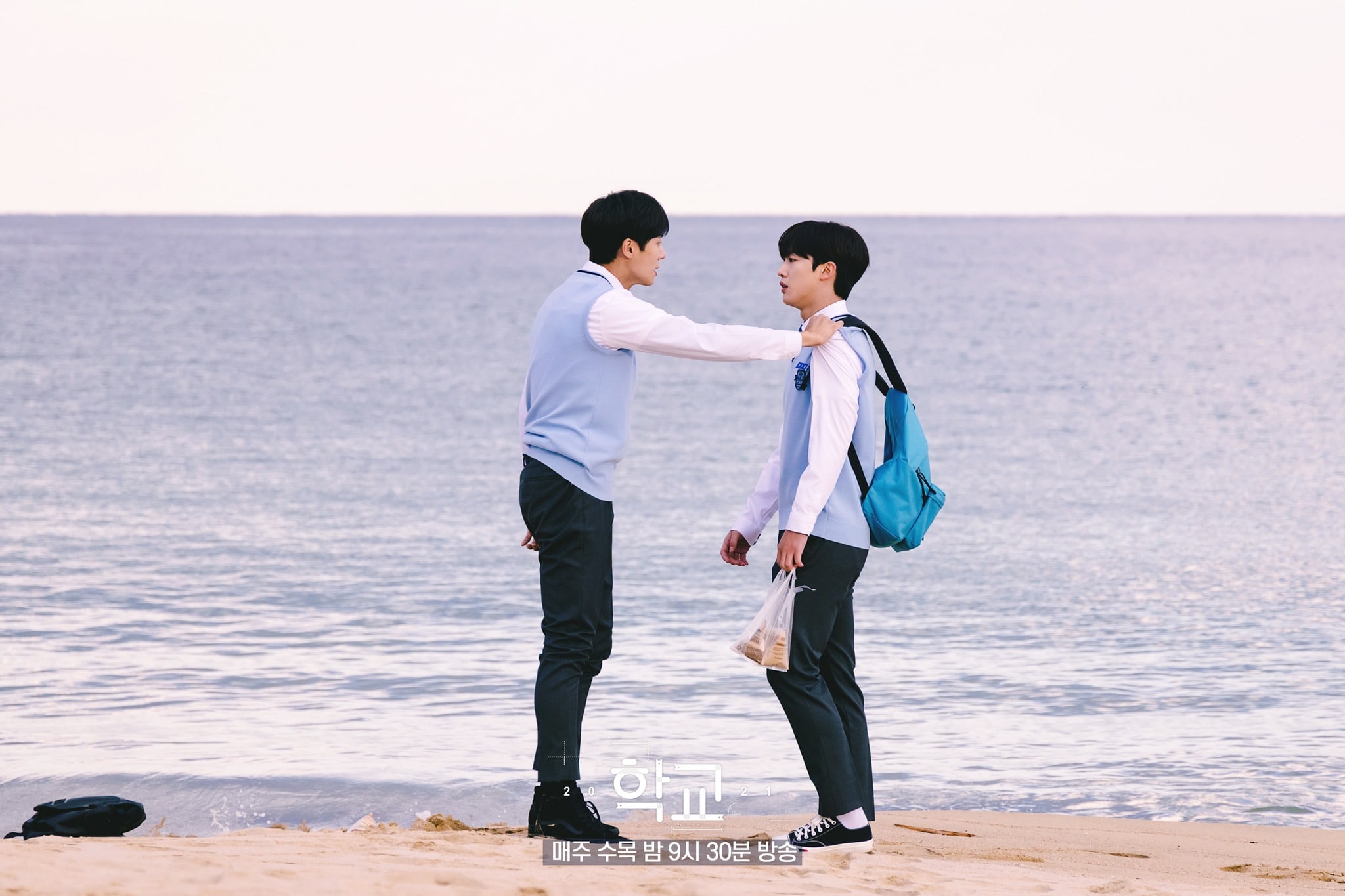 Now that Young Joo has broken up, there is a chance to see him approaching Jin Ji Won. Nonetheless, viewers don’t know if Jin Ji Won feels the same for him. The surprising turn of events in School 2021 episode 9 will bring an abundance of chaos and confusion. But, it will surely help elevate the fun in the ongoing drama. So, make sure you do not miss out!

Also Read: Snowdrop Episode 1 Moments That You Shouldn’t Be Missing Out On