Jimmy White Net Worth: How Much is The Legendary Snooker Star Worth? 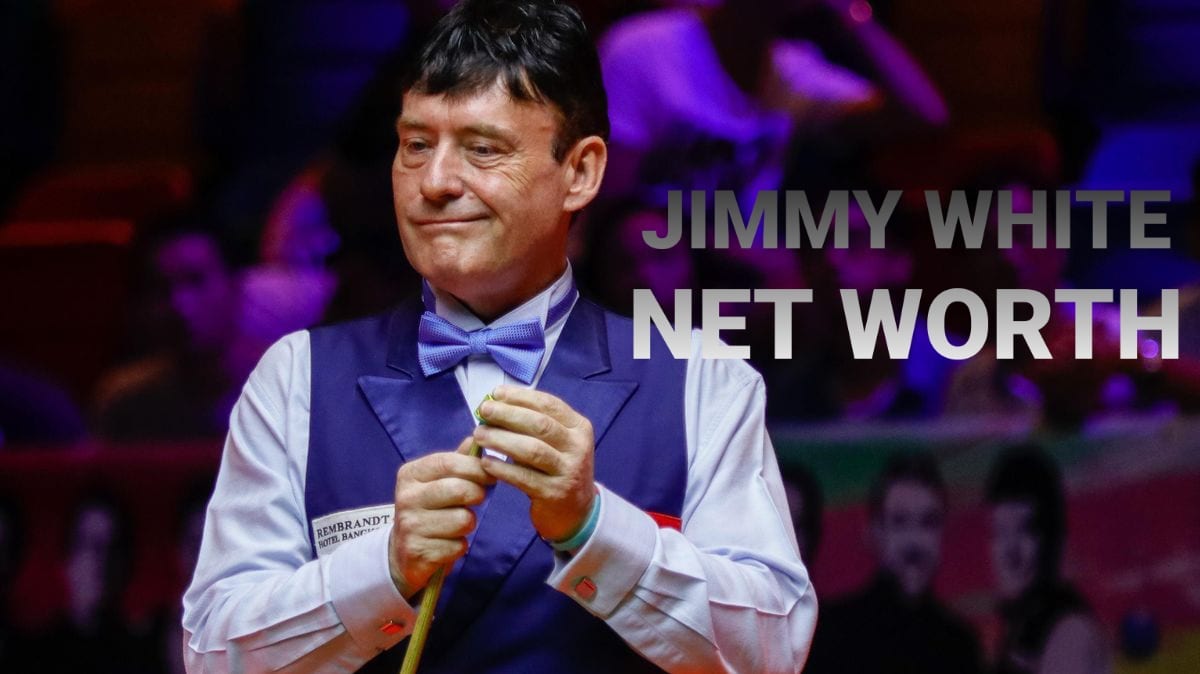 Jimmy White or James Warren White is an English senior snooker player who has been nicknamed “The Whirlwind”. He has won three seniors world titles. The reason behind his nickname is his style of playing, which is fluidly offensive. He’s got several notable titles to his name. They include the 1980 World Amateur Champion, 2009 Six-red World champion, 3 times World Seniors Champion, 2019 Seniors Six-Red World Champion, and 1984 World Doubles Champion along with Alex Higgins. He’s also won two of the three snooker’s majors — the UK Championship in 1992 and the Masters in 1984. White is currently number 10 on the all-time list of ranking event winners. The attributes don’t end there, though. He spent about 21 seasons ranked in snooker’s elite top 16. He’s also one of the very few players who have made over 300-century breaks in professional competition.

Although he has reached the 6 World Championship finals, he hasn’t been able to win the event. He has also shined in the team events — winning the Nations Cup and the World Cup with England. He’s also known for being the first left-handed player and the second ever to record a maximum break at the World Championship. Jimmy White has a total of 10 ranking tournament wins while 25 non-ranking tournament wins. His highest break was 147 at the 1992 World Championship. Jimmy has had a long career and is still active. His professional career started in 1980, and his current ranking is 88. Suffice it to say, he’s had a pretty good run, and consequently, he’s also made some good money from it. His career winnings amount to £4,812,154. So what is the net worth of Jimmy White? Read on to find out!

He was born on May 2, 1962, in Tooting, England. He studied at Ernest Bevin School but never achieved academic success since his passions lied elsewhere. Being a serial absentee, he would bunk school to go to Ted Zanoncelli’s snooker hall. This was the time when his passion for snooker really took off. Snooker was something he was really adept at from the start, and snooker came naturally to him. He would meet Tony Meo during this time. They would compete in money matches at several venues. White had a knack and a talent for snooker, which would later turn into a successful amateur career. In 1979, he won the English Amateur Championship. And a year later, he became the youngest player ever to win the World Amateur Snooker Championship. He was just 18 when he won the title. Ian Preece and Hossein Vafaei have since broken that record.

White lives in Epsom, Surrey, and has five children. He has had a battle with crack, which he talked about in his autobiography, released in 2014. He revealed that he suffered from addiction to crack cocaine for three months during a difficult career spell. After losing to Steve Davis in the 1984 World Championship final, he was hooked on cocaine and then on crack. In 2005, he changed his name to “James Brown” for the Masters as a part of a sponsorship deal. In the late 90s, his dog became a newspaper headline when he was dognapped. The dog, named Splinter, became the first to feature on the front page of The Times with a color poster. White eventually got his dog back after he paid the ransom to the abductor.

Apart from Snooker, White also plays Pool and Poker. He was a member of the victorious pool team of the 1995 Mosconi Cup, along with Steve Davis and Alex Higgins. In 2003, he won the second Poker Million tournament. He is currently a commentator for Snooker coverage on Eurosport-UK. White has also made many appearances in the media. Some of his famous appearances include a cameo in Stephen Chow’s 1990 Kung Fu. He also appeared on reality shows like Big Break and I’m a Celebrity… Get Me Out of Here!

Jimmy White has a net worth of about $9 Million. White is one of the most celebrated and successful Snooker players, along with being a talented pool and poker player. His career winnings equal about £4,812,154.

Who is Martin Truex Jr’s Girlfriend? The NASCAR Driver’s Partner