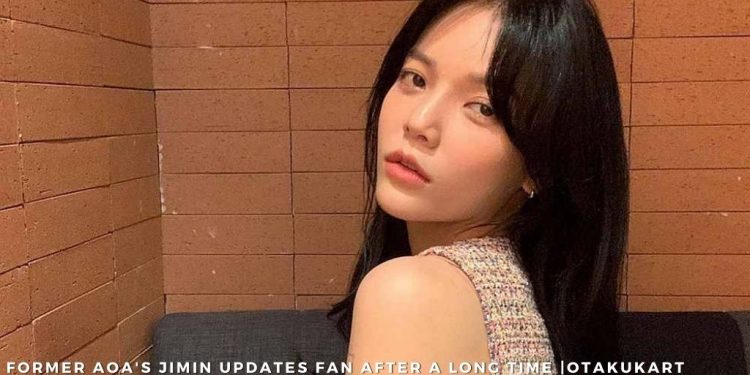 The year 2021 has been a long year, especially for a now-former member of AOA, Jimin. After the bullying scandal with her fellow member Kwon Mina, Jimin left AOA and disappeared for more than a year and a half. Kwon Mina spoke out on her Instagram about how mercilessly Jimin had been bullying her for years. The bullying allegations against Jimin were very serious. Furthermore, Kwon Mina spoke about how she had begun to cut herself and harm herself in every way possible because of Jimin’s actions. Following the controversy, Dispatch released tons of texts between the two members.

Day after day, a new statement kept on coming from Kwon Mina. The members of the group tried to solve the problem but to no avail. Finally, in 2020, Jimin left AOA. Additionally, she had to drop out from all the upcoming projects she was working on and stop all her social media activities. For more than a year and a half, there was no sign of Jimin. Although her manager did release a statement saying that she is healthy and is getting treatment, there was nothing more. Until recently, Jimin came posted on her Instagram. The former leader of AOA posted an aesthetically pleasing short video of herself with the song ‘Suddenly’. She further wrote that this song was a surprise for those she loves the most and shared a link to her SoundCloud account.

AOA’s Jimin To Return to Kpop?

The controversy surrounding Mina and Jimin was so big, it is highly unlikely to find someone who does not know of it. From claiming that the kpop idol stopped her from meeting her ill father to physically abusing her, Kwon Mina’s claim took everyone by shock. However, just like most controversies, months later, a different side of the story was brought to light.

This time around, the chats showed Kwon Mina in a bad light. Many fans started feeling bad for Jimin. Some even supported her, saying that she had to do what had to be done as the leader of the group. But those who were smart took both of the star’s sides. Controversies aside, Jimin’s new song reminded fans of her amazing vocals yet again. Let us hope that the female kpop idol will be releasing more music.