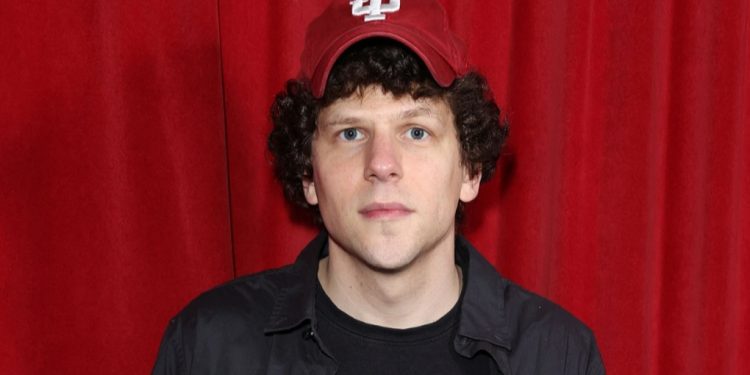 What do we know about Jesse Eisenberg’s Net Worth and things about his professional career? Those who don’t know him but still are reading this article must be wondering who he is and what he is famous for. Well, starting from the basics, Jesse Eisenberg is an American actor who hasn’t only limited himself in acting but also has various production credits. Talking about his works, some of his famous films are The Squid and the Whale, To Rome With Love, and a lot more. He also played the role of Mark Zuckerberg, who is the founder of Facebook, in the film The Social Network. There is a lot more to discuss his notable works.

Fans have shown their utmost desire not only in his career but also in his love life. We shall cover that as well. Now, discussing things about his earnings and net worth, though he earns a whopping amount, he barely spends his money. He saves a lot, and even if he spends his earnings on something, that happens after a lot of research. For more details about Jesse Eisenberg’s Net Worth, career, and spouse, get into this article and stick till the end.

The American actor Jesse Adam Eisenberg is also a producer. He was born on 5 October 1983 in Queens, New York, United States. Born to Barry Eisenberg (father) and Amy Eisenberg (mother), he also has two siblings Hallie Eisenberg and Kerri Eisenberg. Based on his birth year, Jesse is 38 years old. He is very much close to his family and friends.

Moving on with his professional details, Jesse Eisenberg has worked in a number of films like The Village (2004), Adventureland, The Squid and the Whale (2005), The Education of Charlie Banks (2007), To Rome With Love (2012), Now You See Me 2 (2016), Zack Snyder’s Justice League (2021), and many more. In 2010, he starred in The Social Network where he played the role of Mark Zuckerberg. One of his films, Batman v Superman: Dawn Of Justice, garnered him loads of success and fame in the American film industry. He received several positive reviews from the critics and audience.

Throughout his career, Jesse Eisenberg has received several honors and accolades for his outstanding performances in each of the films. Fans are eagerly waiting for the release of his upcoming film, When You Finish Saving The World. The date isn’t yet announced but is likely to release next year.

Looking into the actor’s career, Jesse Eisenberg’s Net Worth is estimated to be $12 million. His entire earnings come from the different films in which he works. Also, he endorsed several brands throughout his career to date, which also earned him some amount.

At the beginning of this article itself, we have mentioned how calculative the actor is in spending his money. He hardly spends his money on anything. Once, he has purchased a house but later on regretted buying it. This was because he felt that the house needs several repairs. Also, another thing that made him regret was he didn’t have much time to stay at home and enjoy the feel.

Also read: Laverne Cox Net Worth: The Jolt Star Opens Up About Her Dream Role!

The actor started dating Anna Strout in 2002. Jesse and Anna met each other on the set of Athe Emperor’s Club. Their relationship worked for a decade and thus resulted in their split in 2012. Thereafter, Jesse Eisenberg briefly dated Mia Wasikowska for a couple of years, from 2013 to 2015. Those who don’t know who Mia is, she is his co-star in The Double.

When things didn’t work well with Mia, Jesse Eisenberg and Anna Strout came in touch with each other and reunited back in 2015. It seems like they are fated or destined to be together, and it feels so great. They ultimately make a good pair. In 2017, the actor Jesse Eisenberg tied the knot with his love, Anna Strout, and at present, they are leading a blissful life together. Fans are very much happy for them.

Also read: Jimmy Wales’ Net Worth: How Much Does The Entrepreneur Earn?