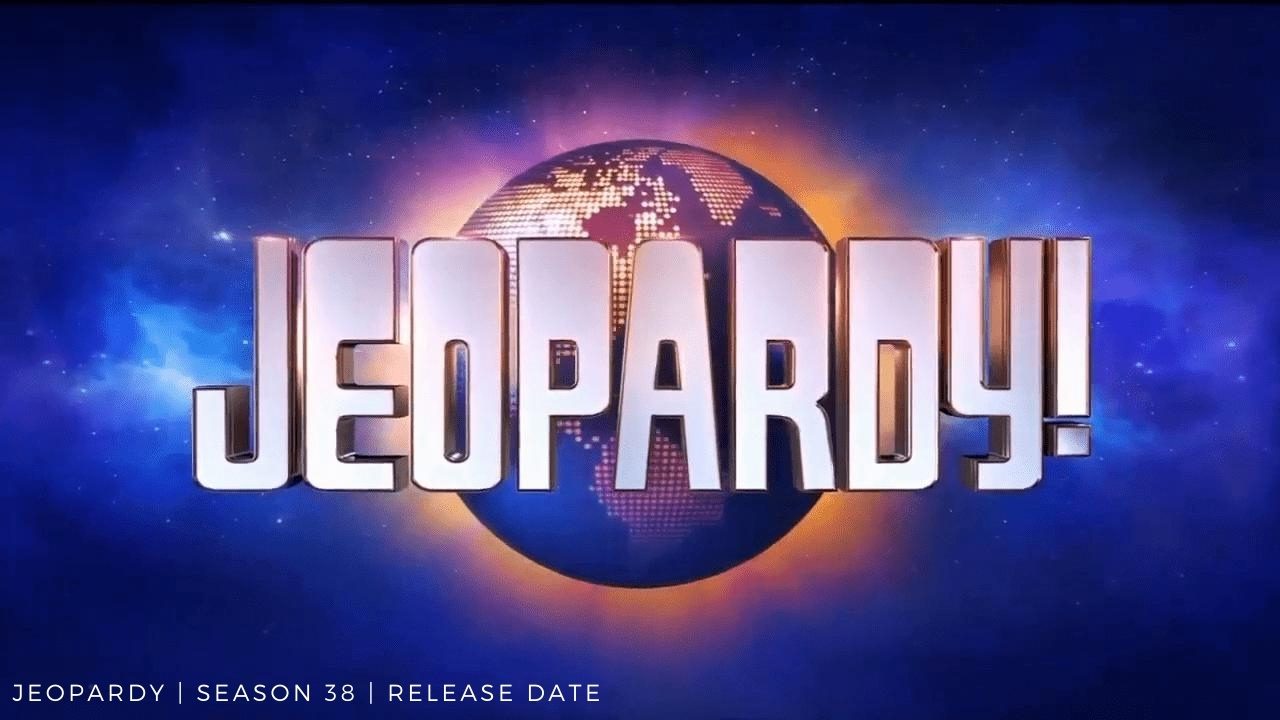 Let’s look at jeopardy season 38 premiere date. But before we jump into the article, let’s look s a bit more at the show Jeopardy!. This is an American television game show created by Merv Griffin. Jeopardy is a quiz show in which contestants are presented with general knowledge clues in answers. They must phrase their responses on the basis of this form of questions. The show was first debuted as a daytime version on March 30th, 1964. Later a weekly nighttime syndicated edition aired from September 1974 to September 1975. Art Fleming hosted both of the versions of Jeopardy. His position was later carried forward by Don Pardo until 1975.

After Don came John Harlan for the 1978–1979 seasons. The daily syndicated version then featured Alex Trebek as host from 1984 until his death in 2020. After his death, guest hosts moderated the 2020-2021 season of the show. In this article, we will be looking at the release date of the 38th season of Jeopardy.  The show has, till its 37th season has aired a total of 8,000 episodes. The daily syndicated version has won a record 39 Daytime Emmy Awards as well as a Peabody Award. Jeopardy! has become worldwide famous for getting regional adaptations in many other countries.

Now is the know when is jeopardy season 38 premiering? Jeopardy season 38 premiere date is set by the Beginning of September 2021, with Mayim Bialik as the host of the current season. He will be appearing in the primetime specials on ABC as well as in all of the future spinoffs from 13th September. Before Mayim, it was decided to assign executive producer Mike Richards as the permanent host of the syndicated version, but following his comments from his past made him step down even before the show began to premiere.

Mike had had previously guest-hosted the show from February to March. This was the reason to make him the host of the show. But unfortunate him as just after a day after the announcement that he will be hosting Jeopardy, past lawsuits that Richards was involved with resurfaced. Regarding the lawsuit, he commented that He wants to tell us all that his comments and actions that have been characterized in the complaints do not reflect the reality of who he is. Along with the lawsuit, his offensive comments about women, Jewish people, and unhoused people in his podcast called The Randumb Show in 2013 and 2014 also lead the way for him to step down from the show before it has even begun.

Now let’s look at the gameplay of the show. We are not going to cover in detail that but it will be still quite much we need. In each game of Jeopardy! will feature three contestants competing through three rounds that go as follows; Jeopardy!, Double Jeopardy!, and Final Jeopardy! All clues are presented as answers, and responses must be phrased in the form of a question.

The Jeopardy! and Double Jeopardy! Rounds have their own game boards, which consist of six categories with five clues in each of them. Each of the rounds has trivia clues phrased as answers, and to these trivia clues, too, the contestants need to respond in the form of a question. All of these are concealed by dollar amounts that go from the lowest to the highest, according to their difficulty. As the game moves on, the values of these clues also increase. On the original Jeopardy! Series, clue values in the first round of Jeopardy ranged from $10 to $50and $20 to $100 in Double Jeopardy! But in The All-New Jeopardy!, this changes from $25 to $125 for Jeopardy and $50 to $250 for double Jeopardy.

Also Read: How Did Brayden From Jeopardy Passed Away? The Young Champion Remembered
ShareTweetShareSharePinSend
Previous Post

Who does Katarina Claes End up With?