Tilly has won several awards in her career as a professional poker player. 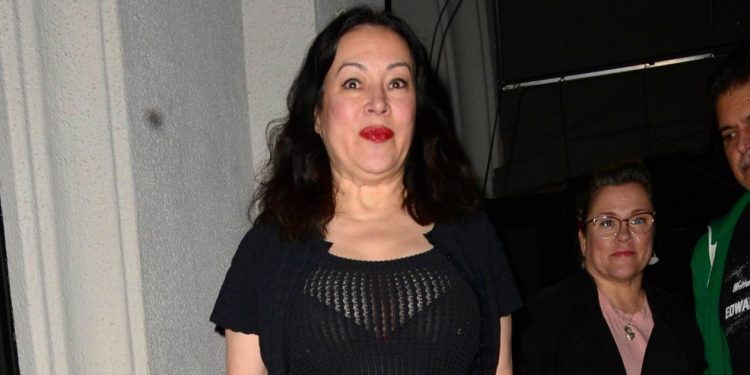 To be exact, Jennifer Tilly was born as Jennifer Ellen Chan on September 16, 1958, in Los Angeles, Harbor City. She was born to Patricia (her mother), a former Canadian theatre actress and teacher, and Harry Chan (her father), a used car salesman. Tilly’s mother is Irish, whereas her father is Chinese. In Jennifer’s career as a professional poker player, she earned the title of World Series of Poker (WSOP) Ladies Event with a bracelet to show for it. Jennifer has two younger sisters named Rebecca and Meg and an older brother named Steve. Her sister Meg is also a famous actress in the film industry.

When Tilly was just five years old, her parents separated and eventually divorced, so she was raised by her mother and stepfather in rural Texas, British Columbia. When Jennifer was sixteen, her mother and stepfather also divorced, and then Tilly and her mother moved to Victoria. For her education, Jennifer Tilly attended Belmont High School located in Victoria and received a bachelor’s degree in theatre from the prestigious Stephens College, Missouri.

Even though she didn’t have a fantastic childhood, shaped by growing up in a loving home with her mom and dad, she was pretty determined to do something in her life. That determination significantly impacted Jennifer Tilly’s net worth and everything else she has accomplished to date. She decided early in her life to be successful in whatever she chose to do, and with her love of acting from an early age, it’s no surprise that she moved into the film industry.

Tilly has won several awards in her career as a professional poker player. In 2005, she won the World Series of Poker (WSOP) bracelet. This happened during the event of $1,000 Ladies No-Limit Hold’Em. In addition to the bracelet, she also won $158,335 in cash during the event. Jennifer Tilly also won the Card Player Best Celebrity Award of the Year and the World Poker Tour Ladies Night Championship. Also, she earned the World Poker Tour $5,000 Bellagio Cup and brought home a total of $124,455.

Jennifer got married to Sam Simon in the year 1984 and the couple divorced in the year 1991. Sam Simon is the developer and producer of the television series titled The Simpsons. After their divorce, Tilly maintained a low profile as far as her relationship was concerned. They divorced in 1991 and remained best friends until Simon died in 2015 after a long battle with colorectal cancer. In 2004, she commenced a relationship with Phil Laak, a professional poker player whom she met at the 2004 World Poker Invitational.

Phil Laak won the competition, and it was probably their encounter that inspired Phil Laak’s win. And the two have maintained their relationship ever since. According to Tilly, Laak was a teacher and motivator in her career as a professional poker player. Although she eventually stopped playing poker to focus on her acting career, she returned to the poker table as a professional player three years later. They have been together since 2004. Tilly has had no children since her first marriage to Sam Simon and their current relationship.

Sam Simon is an American producer, director, writer, philanthropist, and animal rights activist. He had developed the popular television series titled The Simpsons. After divorcing Jennifer Tilly, he got married to Playboy Playmate Jami Ferrell in 2000. Unfortunately, the marriage only lasted three weeks, which is a small part of his married life compared to what he had with Jennifer Tilly. Well, he’s not someone to give up on love. He got engaged to the caterer and chef Jenna Stewart in 2011 and apparently broke up with her at some point. He then began dating the makeup artist Kate Porter in 2012. The two were together until Sam died in 2015.