The red flags were ignored, which eventually led to the disaster! 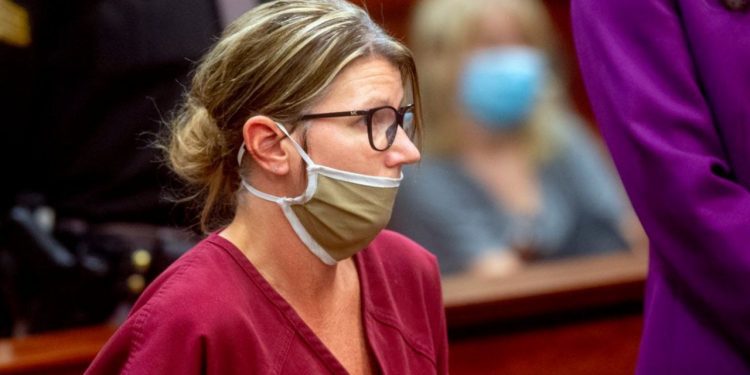 Well, the below-mentioned incident would be an example of the havoc that may pave the way if parents do not properly monitor their kids! By the way, can you imagine to what level the problem can escalate? Whatever you may think but we are sure that the case of murder might not have popped up in your head! Did it? But unfortunately, in today’s world, even this nightmare turned into a reality! And while investigating the case, the prosecutors got to know about the affair in which the culprit’s mother (Jennifer Crumbley) was linked. And surprisingly, that affair was one of the stairs which had indirectly led to that huge incident! So, what’s the matter? Well, if you want to know all about Jennifer Crumbley’s alleged affair, then we got you covered!

But before we describe the whole matter, we would like to update you with the latest news regarding the same matter. So, after the incident, the culprit was arrested, and very soon, his parents too were. Moreover, both of the parents were held on a $500,000 cash bond each. But lately, their attorneys had asked to lower it to $100,000 each. However, recently, the court declined it. And now, if you are curious, then let us discuss the matter in detail along with going through Jennifer Crumbley’s alleged affair!

Ethan Crumbley, a 15-year-old depressed boy, had turned the worst nightmare into a reality on 30th November 2021. His actions had resulted in a mass shooting at Oxford High School in the Detroit exurb of Oxford Township, Michigan, United States. In which four students were killed. And around eight were seriously injured, which also included a teacher. Three of the students of 14, 16, and 17 years of age were killed on the spot. One of which was reportedly shot while attempting to stop Ethan. And the fourth student, 17 years old, gave away his breath on 1st December in hospital. After the shooting, the school went into lockdown.

Following the incident, the officials arrested Ethan Crumbley and had charged him as an adult for 24 crimes, including murder and terrorism. And on 3rd December, his parents, Jennifer and James Crumbley, were charged with four counts of involuntary manslaughter for their failure to secure the gun Crumbley used in the shooting. However, they tried to escape, following which arrest warrants were issued, and also rewards of up to $10,000 were announced for information leading to their arrests. And finally, on the 4th, they were caught and arrested in Detroit.

Jennifer Crumbley’s Affair: The Negligence which aided the Massacre!

Well, don’t you wonder that from where Ethan got that gun! Did he stealthily take it away from the house? Surprisingly, the gun was gifted by Ethan’s parents to him. And while investigating the case, the officials got to know several red flags which were clearly visible before the incident. But his parent’s negligence led to the disaster.

Ethan Crumbley was depressed when his only friend moved away at the end of October 2021, and also his family dog had died. Following which he started sending disturbing texts about his state of mind to his mother. And after he was gifted with that gun, he started torturing animals. He had also kept a baby bird’s head in a jar which he later took to school. Moreover, he had also doodled the scene of himself committing a school shooting. About which the school authorities had made his parents aware on the same morning the incident took place, but they didn’t care for it.

When the incident was being investigated, his parent’s personal matters came into the limelight. It was said that they were so busy with their own matters that they were unable to foresee what their child was planning. Surprisingly, the court documents said that Jennifer Crumbley was having ‘at least one intimate affair’ about which they got to know from the ‘explicit videos’ which they found on her phone. And it was said that the matter was too serious that if they further reveal anything, then there is a possibility that the couple would need to separate their paths. The documents also revealed that on the day of the incident, Jennifer Crumbley texted her alleged boyfriend that the gun was in her car, which in reality was with Ethan. However, in the latest hearing, Crumbley’s attorneys claimed that everything was okay between the couple!

Also Read: What caused the death of VOODOOTHEMENACE from TikTok?