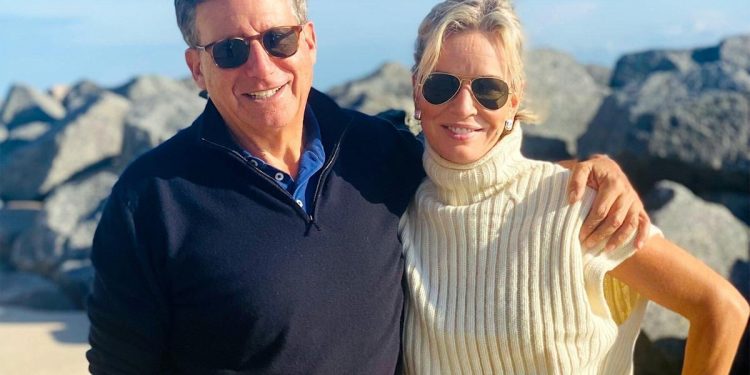 Congratulations are in order as Jennifer Ashton Is Engaged to Tom Werner! The popular ABC News chief medical correspondent and doctor is all set to set down the aisle. She is engaged to businessman and television producer Tom Werner. His production company Carsey-Werner has produced some iconic shows, including The Cosby Show, Roseanne, and That ’70s Show as well.

The two were introduced by a mutual friend who played cupid, and soon sparks flew between the two. The rest is history. Within one year of dating, Tom Werner popped the question and sealed the deal with the ABC medical correspondent. Jennifer Ashton was earlier married to Robert C. Ashton.

The ABC Medical Correspondent Has Been Gushing About The Proposal!

Tom Werner had the whole thing planned as the couple was waiting to get on a cab on their way to dinner at The Fulton by Jean-Georges. The dinner place is extra special as this is the same place where the pair had their first date. It was Werner who suddenly popped the question, and Ashton happily said yes! Jennifer Ashton took to social media to share the big news with her followers. She made the big announcement with a couple’s picture of the two. Fans and colleagues soon filled up the comment section with congratulatory messages!

When asked about the wedding nuptials, the couple has discussed that they plan to celebrate their wedding with a small, intimate ceremony later this year. However, they are also concerned that the rising COVID-19 issue may alter their plans. They will make their plans accordingly.

As a close friend opens up about the newly engaged couple, even if it was just the two of them, it wouldn’t really matter they are so much in love. The ABC News chief medical correspondent gushed about the proposal with Amy Robach and T.J. Holmes, admitting that it was the best New Year’s of her life. She further joked about the surprise proposal saying that her nails were not even ready. Amy Robach soon responded, saying that Jennifer’s heart sure was ready. The timing was rather perfect for the two.