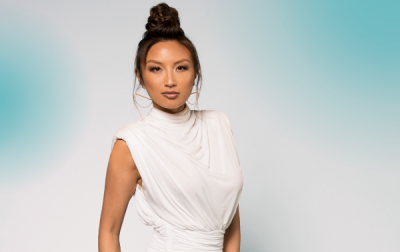 We all know the popular stylist who is also a prominent television host of America named Jeannie Mai. However, she did many shows from the start of her career. But she came to the limelight with the popular show of fashion line named How Do I Look?. Other than that, she did more shows which further earned her more and more name and fame. She was a host of the talk show which was aired daily named The Real.

Other than being a great television host, she is also an awesome fashion stylist. She appeared in many popular fashion shows, namely Today, Extra TV, Entertainment Tonight, with being a fashion expert. Other than that, she was also a part of the show named Insider. Let’s be honest; we can never forget how awesome she was as a host of the popular television show named  E!. Other than that an awesome host. She was a prominent style icon of her country. Other than being a host of these popular shows, she was also a participant in the Miss Universe show. Talking about her work to date, she works as a sideline reporter on the popular show that is loved by all named Holey Moley. The show is aired on the channel named ABC.

Born on the 4th of January in 1979 was none other than but our very favorite television host named Jeannie Camtu Mai Jenkins, or as we may know her Jeannie Mai. She was born and bought up in the beautiful city of San Jose, which is in California. Her family root is from Asia. She was born in a family where her mother, Olivia, was Vietnamese. On the other hand, her father, James, was also Vietnamese but had his roots in China; that is, he was Chinese Vietnamese.

Talking about her education, though we do not know where she completed her middle school, we know about her high school. She was a Milpitas High School student, which is in the suburban area in the north of San Jose. But we still do not know anything about her college life.

Our very favorite and popular television that is Jeannie Mai, started her career when she was  18-year-old. She started her career in the field of beauty and fashion; that is, she launched herself as a makeup artist for the popular company we all know that is MAC Cosmetics. At that time, she was living in San Jose. She started her training of being a prominent make-up artist. Gradually with time, she learned the art of makeup more and more clearly. With that, she became one of the best makeup artists, who traveled around the world to add more glamour to the glamourous celebrity faces, namely Christina Aguilera and Alicia Keys. With her graceful makeup skills and the popularity she earned with the makeup she did for the celebrities, she was chosen as the makeup stylist for the popular show of Los Angeles’s of MTV’s named  Total Request Live, which was aired on the popular channel named KCAL. Other than that, she was also a part of the show named Good Day Sacramento.

With this, her career went on. After the success she received from being a makeup artist, she wanted to venture out new career fields. She grew a passion for being a host. In 2003 she started appearing in the auditions that were held for the local television networks. She appeared the auditions with her own scripts so that she can showcase her talent of hosting. Being impressed with her talent of hosting, she was hired as the co-host of the popular show named Stir. The show was based on the Asian-American Fashion organize. The show was aired on the popular channel named Internation Channel.  Other than that, she also appeared as a host in the popular show, which was based in San Francisco, aired on the popular channel named California Music Channel. In that show, she was hired to host her own music countdown. After some time, she was hired in the post of reporter and producer of the entertainment category of the show named The Daily Mix, which was aired on the popular channel named WB.

Following the praise she received from the shows she did earlier, she got chosen for the post of the host in the popular show named Character Fantasy. The show was broadcasted on a popular channel named USA Network. The motive of the show was to inspire people to live the fantasy life they wanted. After some time, she shifted to Los Angeles. Being a prominent host, it was never tough for her to earn more and more shows where she played the part of a host. After moving to Los Angeles, she appeared in the popular show of the MTV channel named Granted. She hosted the show with another popular host we all love, that is none other than Frankie Muniz.

Besides, she also hosted the fashion and entertainment segments of different shows of other popular news networks, namely E!, Lifetime, TLC, and NBC. She was a part of the morning talk show named Today. In the latter period, she also appeared in the popular fashion show as a part of the fashion group. The show was named 10 Years Younger. The show was broadcasted on a popular channel named TLC. The year 2008 was the year of success for her. She appeared in another popular show on the channel she worked on earlier that is the TLC. The show was named Miss America Reality Check. Other than that, she also appeared in some other popular makeup shows, namely Dude, Where’s Your Style. Having such great hosting skills, she earned more and more works. In that very year, she became the spokesperson of the popular cosmetics named Never Accept Ordinary.

After the success she earned the previous year, in 2009, she was chosen as the host of the popular fashion and makeover show named How Do I Look?. Not only the list of shows ends here, but it continues. Later, she became the correspondent and the weekend host of the popular show named Extra  TV. The show was aired on a popular channel named NBC. She hosted the show with another of our very favorite hosts named Mario Lopez. Talking about her position in the digital world, she was the permanent contributor to the popular fashion site named Cocoperez.com. Perez Hilton built the site. After some time that is in 2012, she made her appearance as a guest judge in the popular model show named Asia’s Next Top Model Cycle 1.

After being a guest judge of the popular show, in the following that is in 2013, she was chosen as the host of the weekly series which used to be aired live on the popular network named Style Network. The name of the show is Style Pop. After her success in the show, she received the offer of being a co-host of the syndicated daily talk show named The Real. She hosted the show with the other popular host, namely Adrienne Bailon, Tamar Braxton, Loni Love as well as Tamera Mowry. The show was telecasted on the 15th of July in 2013. Apart from that, she was also a part of the popular show that was organized during the trial summer run of 2013. The show was aired on the popular channel named Fox Television Stations group.

After a span of 2years, that is, in 2015, she was hired as the host of the popular show, which was actually a reality competition named Staempunk’d. The show was aired on the popular channel named GSN. Later in that very year, she earned the position of being a fashion correspondent in Entertainment Tonight’s popular show. Other than that, in the following year, that is in 2016, she improved her hosting as well as her fashion styling skills more and more until she reached a point where she was able to bring up her own television show named How Do I Look?. The show was aired on the popular network named Asia’s Diva Network. Later in 2017, she played the role of Lady Luck in the popular game show named The Joker’s Wild. Having a career that was always on the positive side of the graph, she was chosen as the ambassador of the popular website named Reimagine Myself.com. The website was based on a program that is mainly for encouraging people to live their life with relapsing multiple sclerosis, that is, MS, rather than living their life with a chronic disease.

After a span of 3years that is on the 2nd September in 2020, her name was counted under the list of all the celebrities that would be competing for int the popular show named Dancing with the Stars. The show was on its 29thh Season. But unfortunately, as fate may happen, she was tested for having epiglottitis which was a condition of swelling which further blocks the flow of sir to the lungs. After getting diagnosed, she was forced to leave the show on the 2nd of November on 2020.

The prominent fashion stylist is also a great host named Jeannie Mai. Talking about her net worth and assets, her assets include a house worth $1.2million. The house was given to her in her divorce. Other than that, she also has a net worth which is somewhere estimate to be $4million.

Our very favorite Mai was a Buddhist in the early period of her career. Later she converted herself to Christianity; talking about her personal life, she tied the knot with the Freddy Harties. The couple got married on the 11th of August in 2007. But for some reason or the other, the couple wanted to part their ways legally. They filed for a divorce on the 20th of October in 2017. The divorce was finalized in December 2018.

Other than that, in November 2018, Mai and the popular rapper that is Rapper Jeezy started dating. The coupled held their engagement ceremony on the 27th of March in 2020. The couple recently got married, that is a year later, which is in 2021. They had their marriage ceremony held at their home, which is in Atlanta in Georgia.