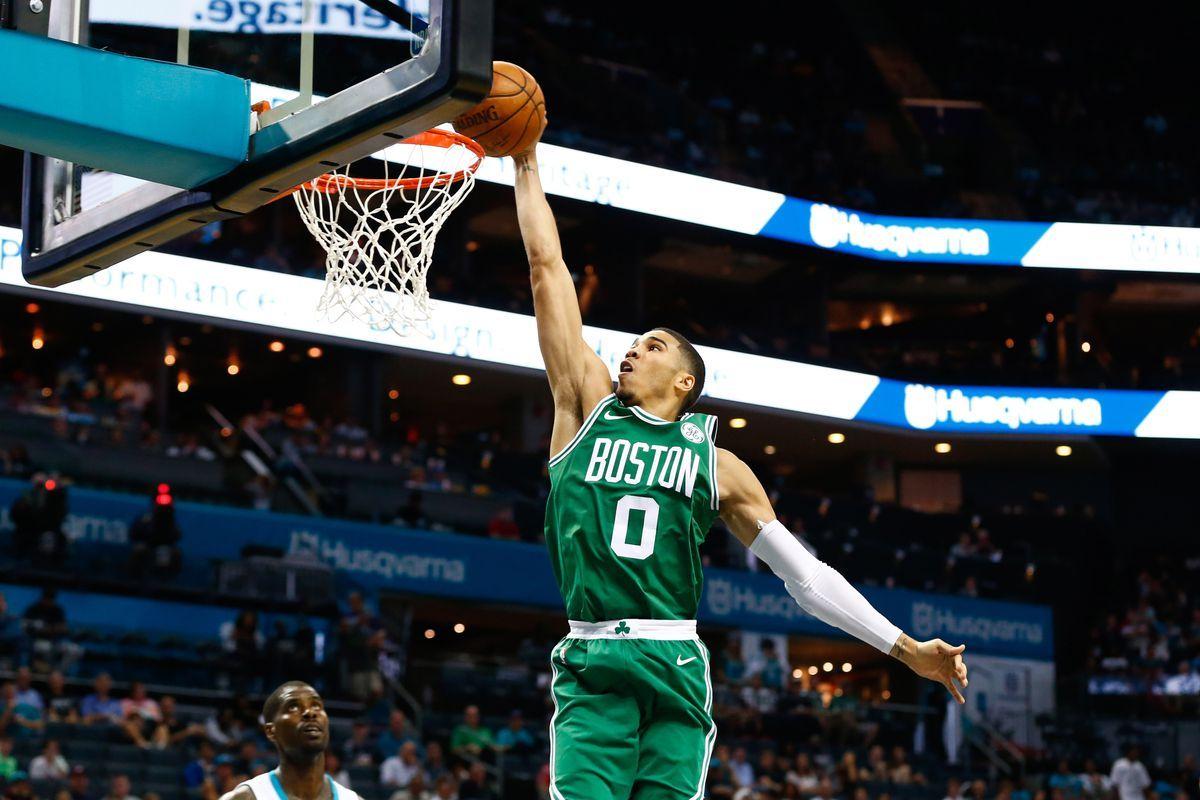 Jayson Tatum is a professional basketball player and is a popular name among sports fans. The player plays for the Boston Celtics of the National Basketball Association (NBA), and is a rated five-star recruit. In 2016, he received the title of being one of the top players in the Class of 2016. He previously played for the Duke Blue Devils during his college years and joined the NBA draft in 2017. Jayson was a brilliant player right from the beginning of his career and stepped him level up with every season, and has impressed every basketball fan with his performances. Tatum was the overall third pick by the Boston Celtics, and two time NBA All-star. Though being only 23 years, he has achieved a lot till today and has won different titles, awards and nominations. 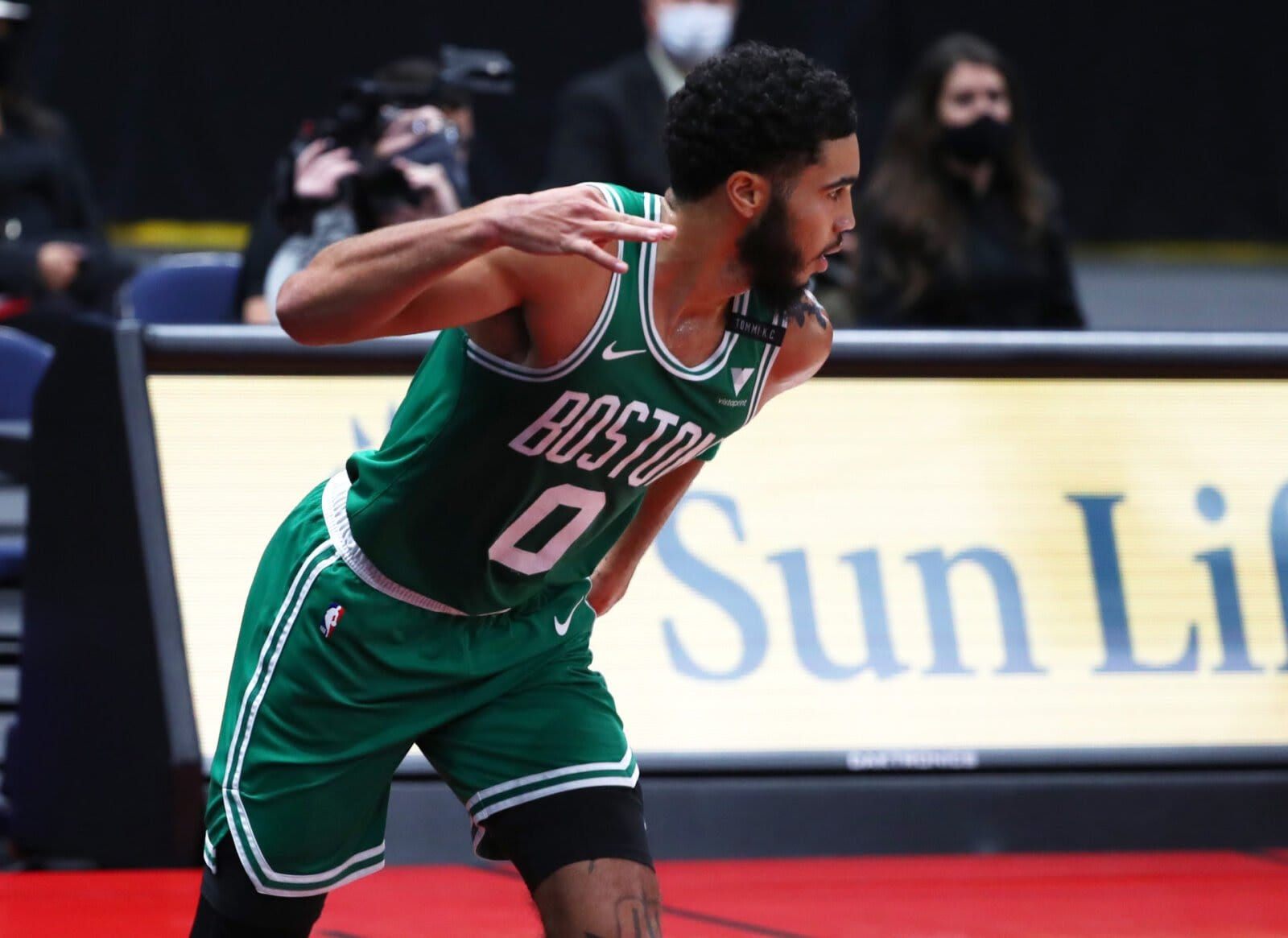 His other awards include NBA All-Rookie First Team during the 2018 season. He has an unbelievable performance in the 2016 season and won three titles Gatorade National Player of the Year, McDonald’s All-American, and Mr. Show-Me Basketball at the same year. He also received Third-team All-ACC and ACC All-Freshman team in 2017, NBA All-Rookie First Team in 2018, Skills Challenge during the NBA All-Star Weekend in 2019, All-NBA Third Team in 2020. He secured the ranked No.3 in overall recruit after his two fellow mates, Harry Giles and Josh Jackson, and No.2 small forward in his 2016 high school class.

Let us talk more about the talented young basketball player, and how he started his journey towards success and his net worth.

How Did Jayson Tatum Rise To Success And His Childhood Years? 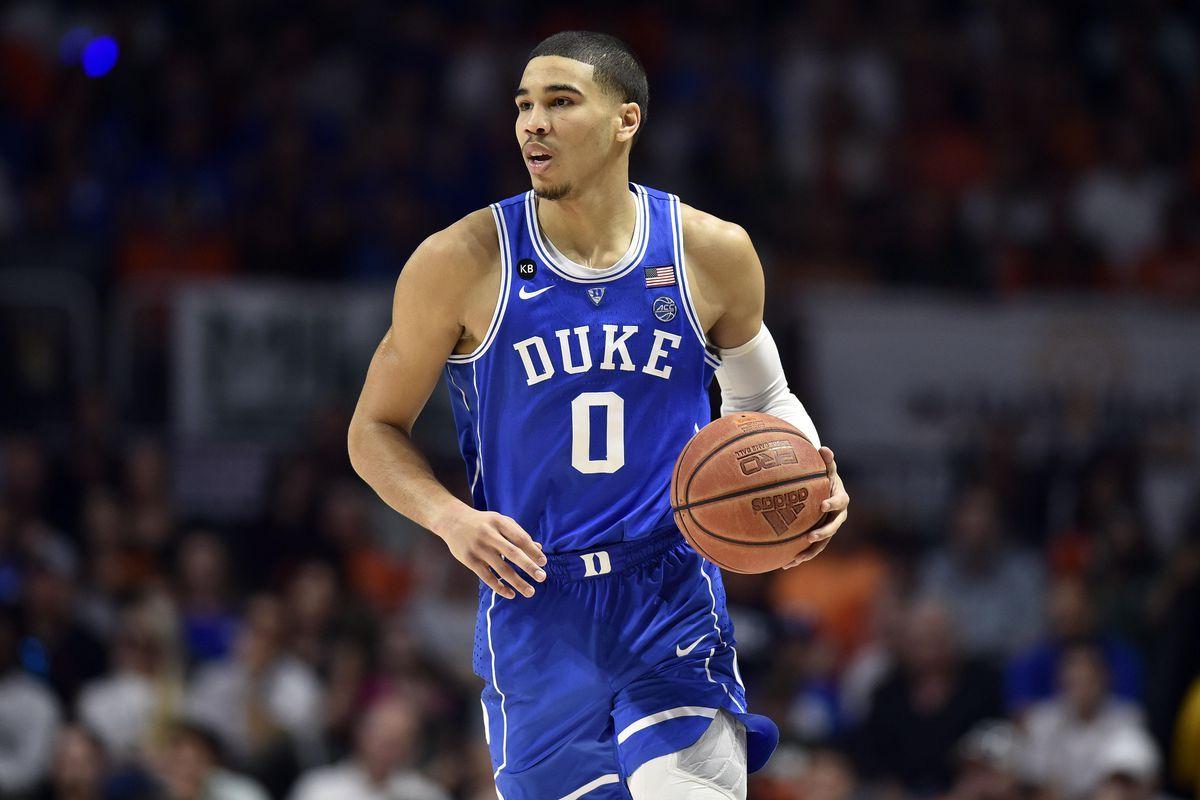 Jayson Christopher Tatum, popularly known as Jayson Tatum is born on March 3, 1998, in St. Louis, Missouri. Jayson has an inclination towards sports especially basketball since his childhood and practiced it well. You may not know that Jayson Tatum belongs to an athlete background, His father, Justin Tatum not only was a basketball player but also a gym teacher, athletics director, and basketball coach at Christian Brothers College High School in St. Louis. His mother is currently a practicing attorney in the St. Louis area. Jayson’s godfather, Larry Hughes was a former NBA player and Jayson was friends with Matthew Tkachuk, an NHL forward of the Calgary Flames.

Jayson Tatum played college basketball and was much praised

He got his time to shine during his college years, when he took admission in Chaminade College Preparatory School in Creve Coeur, Missouri. He delivered his best in every match, averaged 13.3 points and 6.4 rebounds per game in his freshman years. His game resulted in his team, Red Devils to both MCC and Missouri District 2 crowns. It also led him to be the winner of the title Metro Catholic Conference Co-Player of the year in 2013. The following year he averaged nearly 26.0 points and 11.0 rebounds per game and got rewarded the second team Naismith Trophy All-American honors.

He later joined the St. Louis Eagles Amateur Athletic Union (AAU) and made an average score of 26.5 points and 9.5 rebounds per game. He held his consistency in his senior years too, and won many important matches. He secured the fourth rank by making 118 free throws, rebounds (fifth), and 849 free throw percentages.

Tatum won the ACC freshman of the week honor for the second time. Tatum’s skills impressed everyone and he went directly into the 2017 NBA draft from his first-round selection, thus marking the beginning of his professional career as a basketball player. In the rookie season of his professional year, and set a record by scoring the season-high 24 points in a win over the New York Knicks on October 24, 2017, receiving the Eastern Conference’s Rookie of The Month. In the 2019 season, he got selected as an Eastern Conference reserve and added the prestigious title “NBA All-Star” for the first time ever in his career.

Jayson Tatum is currently making headlines over the victory of his team against the Brooklyn Nets with a 125-119 victory on 28th May 2021. And the main star behind the winner is none other than Jayson Tatum, who scored a playoff career-high 50 points.

Who Is The NBA star Dating? 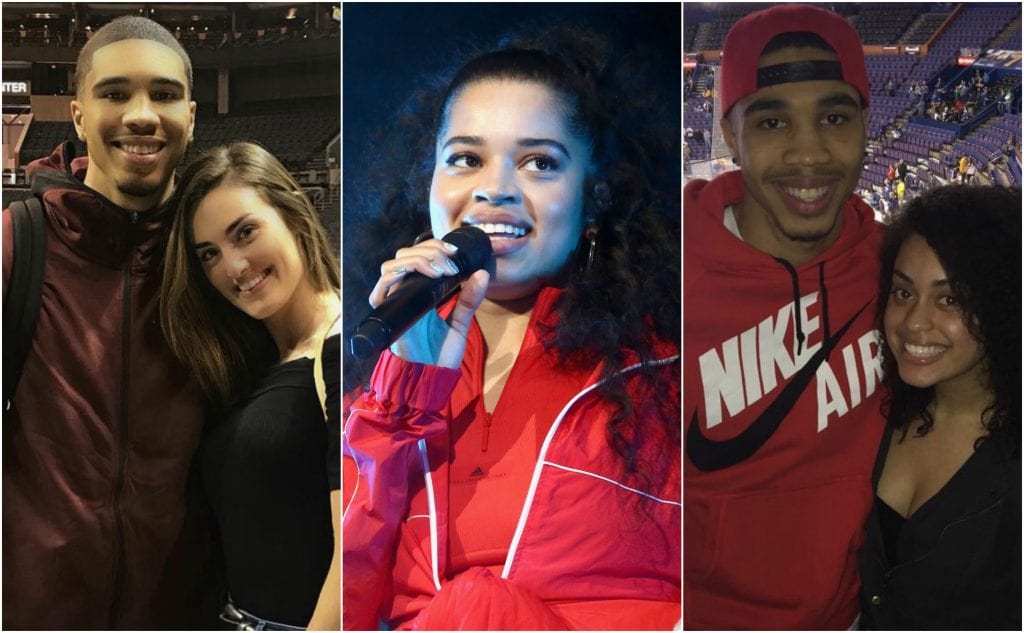 Jayson Tatum and the women he was linked with

Jayson Tatum has a complex dating life, and is rumored to be dating a singer, Ella Mai in 2021. Previously he dated his high school girlfriend, Toriah Lachell. Not only is the couple just dated, but are also parents to their three-year-old son, Jayson Christopher Tatum Jr., and also called by the nickname, Deuce. They are currently co-parenting their child and Jayson is a proud father and mentions his son in most of his interviews and thanksgiving speeches. Deuce is also a favorite figure among the media and Jayson’s fans because of his adorable nature and smile. You can spot him in his father’s match listening to the big crowd shouting his name, that much popular he is! 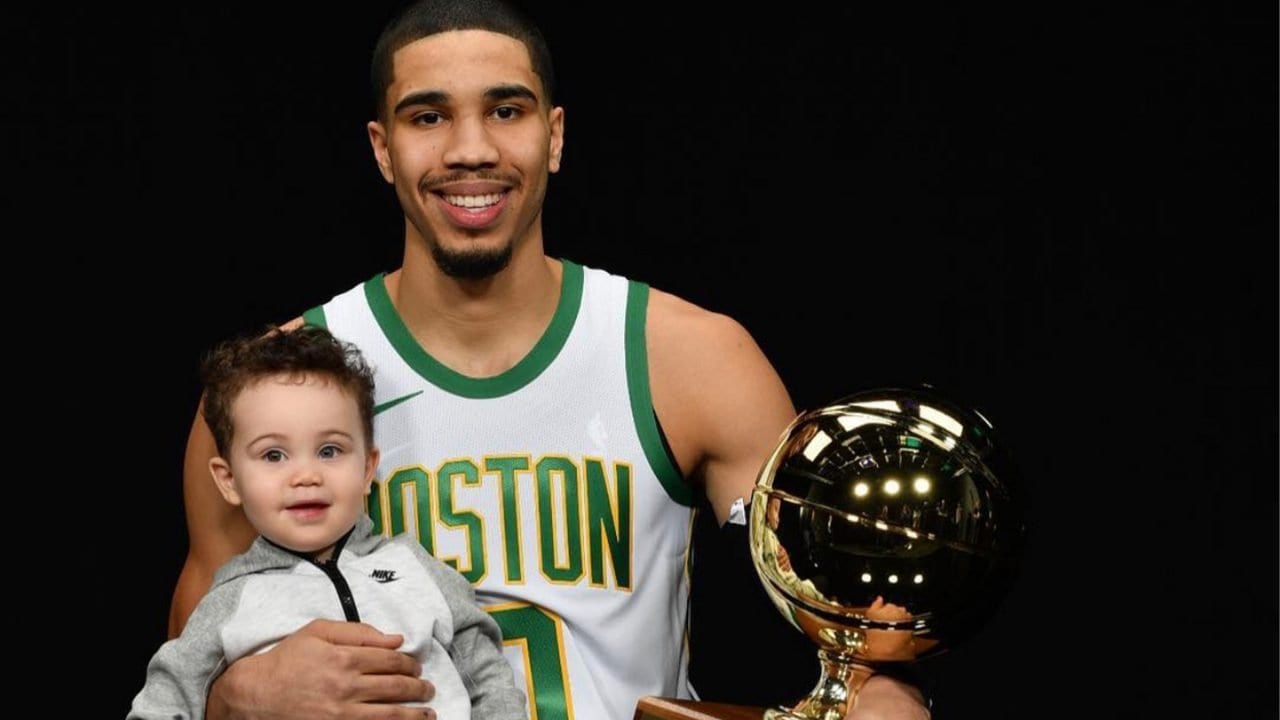 Jayson dated another woman named Samie Amos when Toriah was expecting a child. No matter how much messed up his dating life is, there is no doubt he is a great dad to his son. 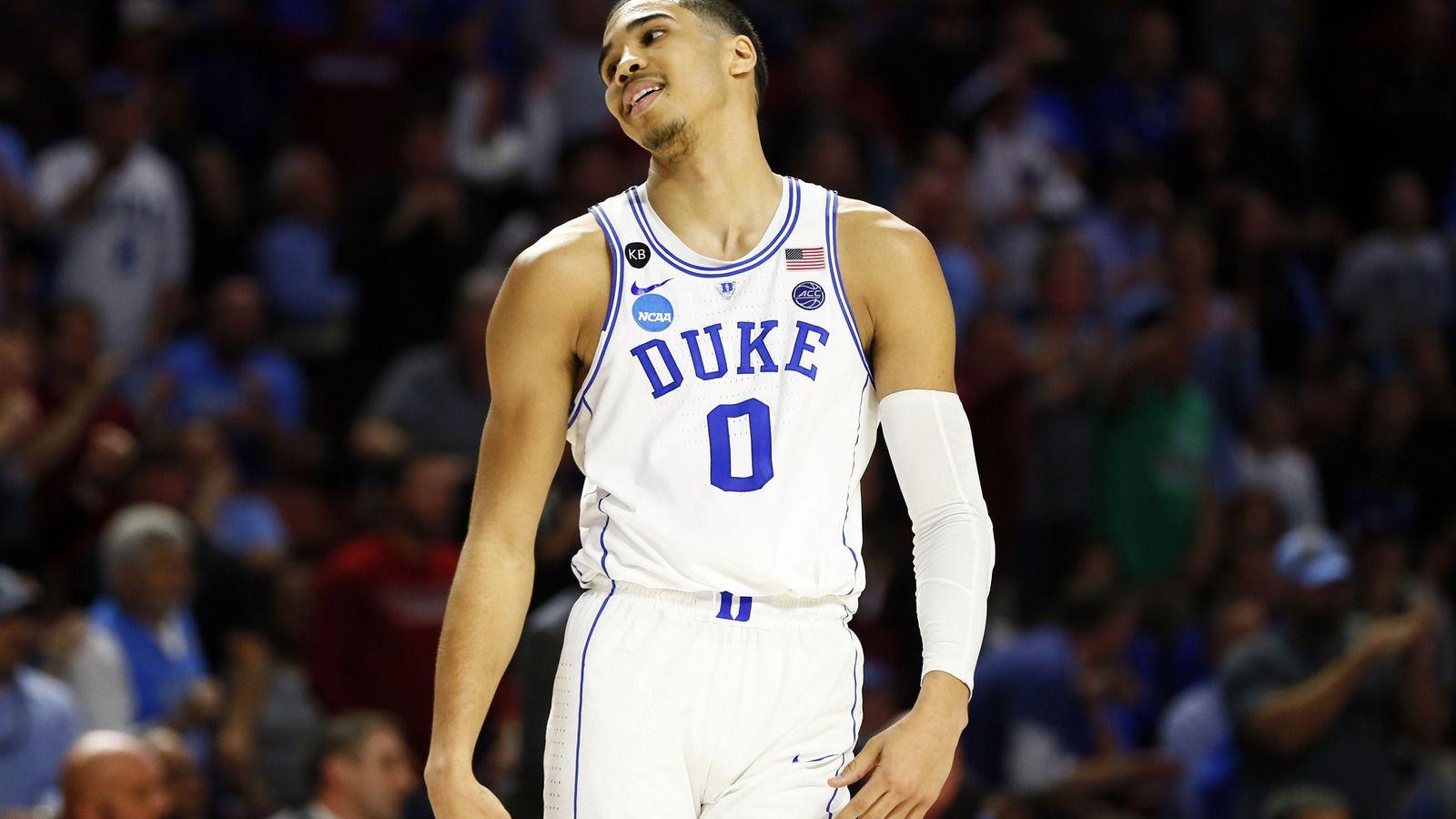 Jayson Tatum is the owner of many valuable and prestigious titles and awards at a young age of 23. He is one of the famous and skillful players in NBA and still on his way to achieving more and more. He is also a part of a major endorsement deal in 2019 and is currently in a contract about a shoe deal with the Jordan Brand, which clearly indicates his good amount of net worth.

The net worth of Jayson Tatum is $5 million.