Jaycee Chan Joming, better known as Jaycee Chan, is an American-born actor, a singer originally from Hong Kong. He is better known for his relations with Jackie Chan. Apart from that, he has been involved in controversy and arrests. In Hong Kong, he released his first Mandarin CD album in 2004. Later, he moved to Taiwan to pursue his musical career. In Mandarin and Cantonese, he sings and dances.

He has been a part of both good and bad news. Jaycee Chan was convicted and imprisoned in 2014 for marijuana possession and trafficking, as well as for allowing drug addicts to stay at his Beijing flat. Chan was sentenced to six months in state jail, which he completed.

Yes, Jaycee Chan is related to Jackie Chan; in fact, they share an immediate relation. The legendary Hong Kong Chinese martial arts expert and actor 67-year-old Jackie Chan is the father of Jaycee Chan. Jackie Chan and Joan Lin are parents to their son, Jaycee Chan. These two share a strange and complicated relationship with each other. Jackie Chan announced during an event long back that he would donate half of his money instead of passing it on to his son. 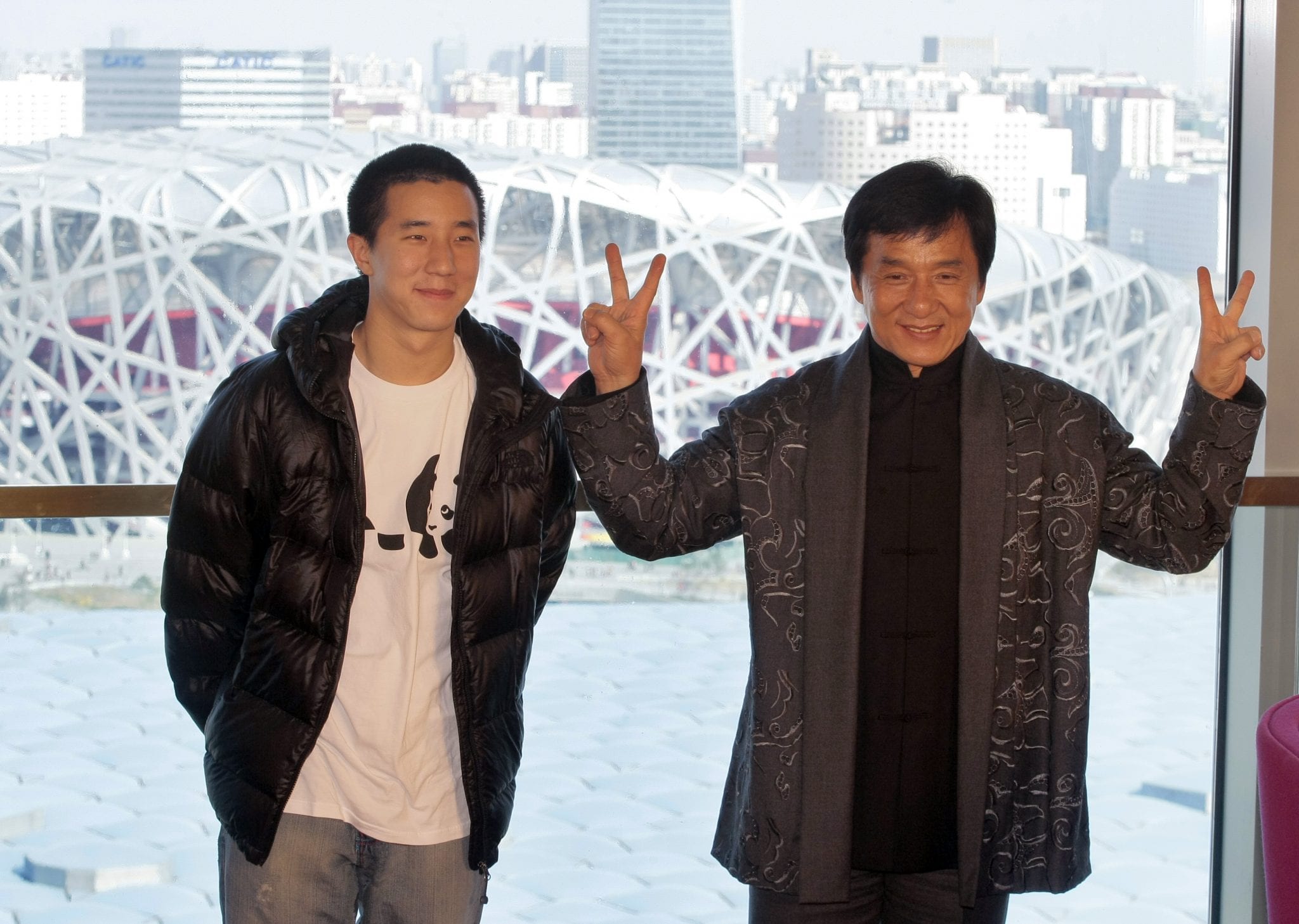 He believed any person capable can and should earn money on his own. If you’re curious about Jackie’s reaction to his arrest, read on. Jackie Chan was obviously upset, but after Jaycee returned from jail, he didn’t complain much. They talked for hours and chit-chatted the night he returned. Jackie shared how he felt Jaycee had matured over time.

As mentioned before, Jaycee was born to Jackie Chan and Joan Lin. He was raised in Los Angeles, California, the United States. His year of birth is always a topic of confusion since some sources suggest he was born in 1984, one year later their marriage. Others suggest that he was born in 1982.

Jaycee spent two semesters at the College of William and Mary in Williamsburg, Virginia, but did not graduate. He enjoys luxurious automobiles and the nightlife. Jaycee can communicate in English, Mandarin, and Cantonese. After his release from prison, Chan stayed with his mother in Taipei, keeping a low profile and still wearing a mask to avoid being seen in public. He has a younger half-sister named Etta Ng, who was conceived in 1999 as a result of his father’s adultery with former Hong Kong beauty queen Elaine Ng. On the other hand, half-siblings are not known to have interacted. Since the year 2020, he has resided in Los Angeles. Kai Ko, a Taiwanese actor, is someone he keeps in touch with.

Read More: Puala Abdul Net Worth: How Much Is The Singer And Choreographer Earning?

Why Was Jaycee Chan Arrested?

On August 18, 2014, it was announced that Chan, along with Kai Ko, a Taiwanese actor, had been arrested by Beijing police on 14 August for drug possession. After searching Chan’s apartment, police discovered more than 3 ounces of marijuana. Though Ko was scheduled to be released 14 days after his arrest, Chan was facing felony charges that could lead to the death penalty or life in prison for hosting others to consume marijuana. Chan admitted to taking drugs for 8 years. Soon after, Jackie Chan made a public apology for his son’s drug use.

Chan spent his 32nd birthday in jail, with his mother claiming that since his arrest, her son has borrowed over a hundred books to read. Chan was charged by Chinese authorities on December 22, 2014, four months after his detention, for sheltering other people who were using drugs. After 148 days in prison, his trial eventually started on January 9, 2015, in Beijing. Chan received a six-month jail term as well as a monetary fine. Chan wrote a three-page remorse letter to his mother during his arrest, promising not to repeat his mistakes in the future; it was later revealed. 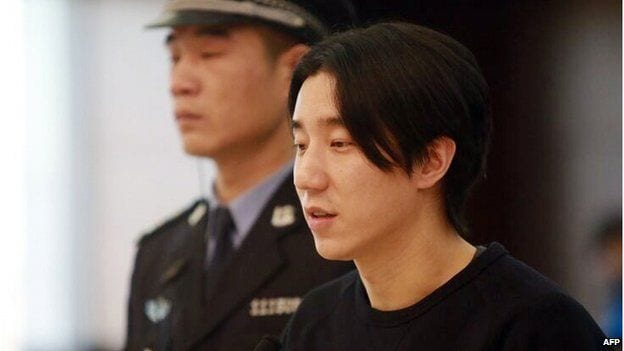 Chan was released from prison at 12 a.m. on February 13th. Jaycee was always apologetic and stated he deserved the punishment. He said that prison life was harsh and that his father had no contacts to help him get out of his sentence. Before and after his speech, he extended a deep bow. Jaycee was filming Monk Comes Down the Mountain when he was arrested in August 2014. Due to his detention, his contribution to the film was not acknowledged.

Jaycee Chan Net Worth in the year 2021 is US 2 million. His work in different fields such as acting and martial arts and especially singing are the main income sources. His singing talent has been a blessing for him and his fans, absolutely.

Jaycee relocated to Hong Kong in 2003 in order to further his career. He aspired to make a name for himself as a singer. On his first CD, “Jaycee,” he composed the music and wrote the lyrics for 10 of the 13 songs. His first film, The Twins Effect II, featured his father in a cameo appearance. His second appearance was in the Hong Kong romance film 2 Young, in which he starred alongside Hong Kong Cantopop singer Fiona. In 2010, they collaborated once more on Break Up Club. In 2007, he co-starred in Benny Chan’s action film Invisible Target alongside Nicholas Tse and Shawn Yue. His albums and films have not been commercially successful, despite extensive marketing and awards. In Hong Kong, his film Double Trouble only made $9,000 in its first two weeks.

To cater to local audiences, Chinese websites announced in early 2009 that he had given up his US citizenship in favor of Chinese citizenship. Shortly after Donald Trump was elected president, he announced this on his Instagram account. In Secrets of the Furious Five, he played the younger version of his father’s character, Master Monkey. In addition, he provided the voice of Master Crane in the Cantonese versions of Kung Fu Panda and Kung Fu Panda 2. Jackie’s 100th film, 1911, featured Jaycee and his father, Jackie. The collaboration culminated in Jackie Chan’s lowest-grossing and worst-received film to date. His studios employed Korean and Singaporean artists Jang Na-ra and Fann Wong to promote Jayc to non-Chinese audiences.

Jaycee’s life as a playboy for a famous father was mocked in the film. Despite a government order forcing it to be shown in half of the country’s theatres, the film was a box office flop, failing to even crack the top ten in China. In Hong Kong and Taiwan, the studios agreed not to release the film in theatres. Jaycee expressed interest in writing a sequel to CZ12 in 2015, and his father said that if the script is good, he will make the film.