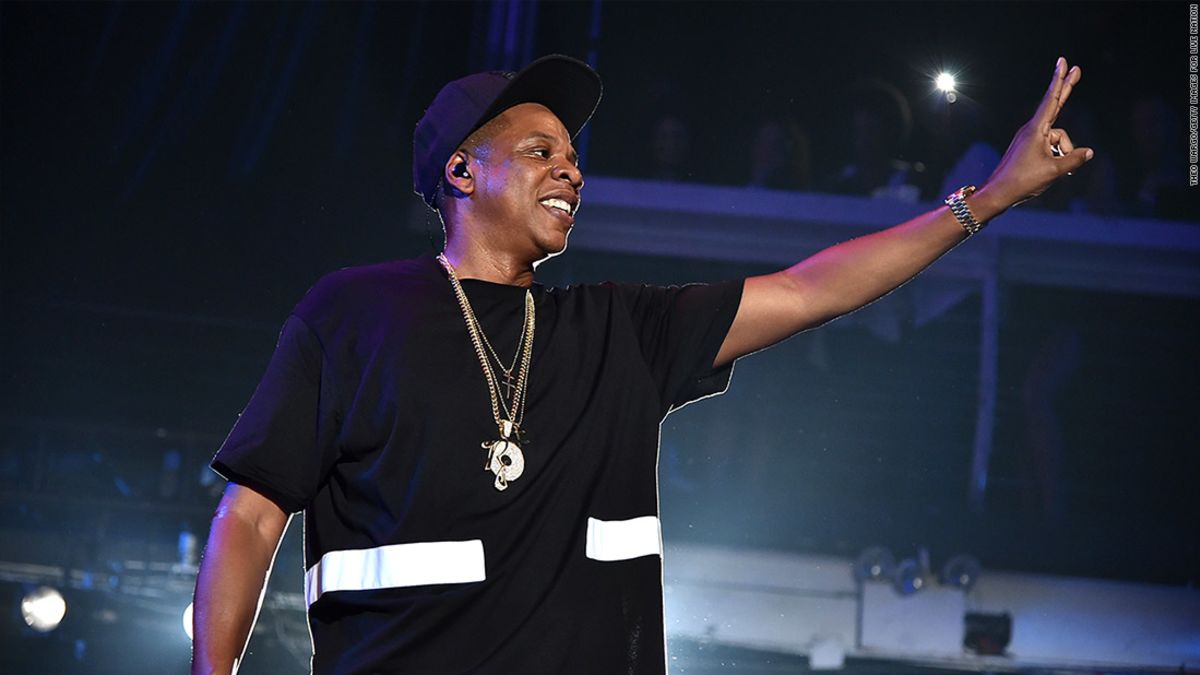 Jay-z’s real name is Shawn Corey Carter. He was born on 4, December 1969. In addition to being a rapper and songwriter, he’s a record executive, businessman, and media entrepreneur. He is one of the most influential hip-hop artists of all time. Apart from that, he was also the former CEO of Def Jam Records.  He nurtured many major musicians including Rihanna and Rick Ross.

New York City was his birthplace and his home. Jay-Z’s musical career began in 1995 after he founded Roc-A-Fella Records. Eventually, in 1996, he released his first studio album. The album was entitled  Reasonable Doubt.  He achieved widespread critical acclaim for this album. Moreover, he was able to establish himself in the music industry as a result of the album. He followed that up with 12 more albums. They included acclaimed albums such as The Blueprint (2001) and The Black Album (2003). In addition to American Gangster (2007), and 4:44 (2017).  The artist also released full-length collaboration albums with his wife Beyoncé, such as  Everything Is Love in 2018.  And also Watch the Throne in 2011 with Kanye West.

Jay-Z isn’t just well known for his musical ability; he has also achieved great success as a businessman. Additionally, he has been the subject of media coverage for his career as a businessman. The clothing business Rocawear was founded in 1999.  A luxury sports bar chain called 40/40 Club was founded in 2003 by him as well. As multimillion-dollar companies, both companies have grown to be successful. Jay-Z used the proceeds to fund his new company. That company is Roc Nation, which is an entertainment business.  2008 was the founding year of this entity. He acquired a technology company called Aspiro in 2015. Additionally, he also became the president of their media streaming service, Tidal.

Jay-Z’s net worth has now grown enormously, which amazes all. The deals he made increased his net worth significantly. The rapper signed a deal to sell his majority stake in Tidal.  It was sold for $297 million to Square, an online payments company run by Jack Dorsey. The deal value is $450 million, which is $150 million more than Forbes’ estimate from 2019.  Having a board seat and netting $149 million makes him a profitable investment. He bought back 33% of Tidal after a week from T-Mobile. And then sold it along with the third he owned. A portion of Tidal’s shares will belong to its artist’s shareholders. While Jay-Z owns a small part of the company.

Recently, In a deal valued at about $ 640 million, he sold half of his Armand de Brignac champagne to LVMH. Jay-z’s fortune grew from $1 billion to $1.4 billion thanks to the two deals.

Although Jay Z owns properties all over the world. His wife Beyonce and His’s primary residence is the $88 million Bel-Air home they own together. As newlyweds, they lived in New York City in their early years. The couple, however, moved into that house in 2017 just after the birth of their twin children. The 30,000 square foot mansion is ultra-luxurious. Rather than a house, their residence is more like a resort.  There are six different buildings on the estate. Among the amenities of the house are a recording studio, a theater, and a spa. A full basketball court, four swimming pools, and separate staff quarters are also included.

Jay-Z is one of the most famous musicians in the world. His albums have sold over 50 million copies and singles over 75 million around the world.  A total of 23 Grammys have been awarded to him. Which is a record among rappers. He also holds the record for most number-one albums on the Billboard 200 by an individual artist. Besides His status has been recognized by Billboard. Rolling Stone named him one of the 100 greatest musicians of all time. Announcing his induction into the Songwriters Hall of Fame in 2017. He became the first rapper to receive such an honor.  Also, As a tribute to industry icons, He received the 60th Grammy Awards’ Salute to Industry Icons award in 2018.

Also Read:  Styles P Net Worth: What Are His Total Earnings?