As Jamie is going head to head with John, he is reconsidering all the advices he received as we move to Yellowstone Season 4 Episode 9. 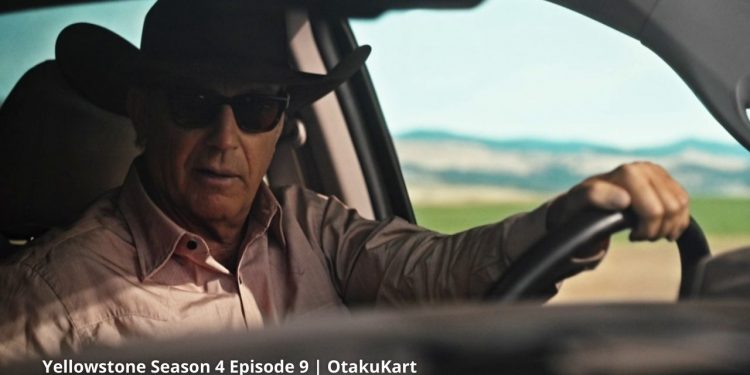 Yellowstone Season 4 Episode 9 will see Jamie making the move his father suggested. Only for him to later realize how this card could play against him as well. Stakes are high, it’s either Jamie or his adoptive father John winning as they run for office. John recently suggested his name for the same when Perry told him the idea of Jamie running. it. John knows Jamie very well and he doesn’t want him going for it. Also, this might be the only way to save Yellowstone at this point.

Apart from all of this, we are also seeing Beth and Summer going hand in hand. A duo together which we never saw coming but so far so good. They are taking down the Market Equities and their latest projects of Airport and amenities around could be on their way to going down. Lastly, there is more than one relationship blooming at the ranch and they have already reached a new level. Here is a quick look.

Previously on Yellowstone Season 4, we opened up to the aftermath of the announcement of John running for the office. Jamie is certainly not happy with governor Perry endorsing John. Jamie is threatened by his adopted father that he knows all his ins and outs. On top of that, he carries the name. Garret, Jamie’s father assures there is still a way if Jamie uses who John is as he knows all his bones. All he needs is to face him.

Meanwhile, as we saw previously, Beth and Summers had joined forces and Beth gave away tips to her. The Market Equities were building a lot of amenities apart from Airport and Summer with her environmentalist stormed the place to protest. Beth plays her game by suggesting to remove the press first and then the environmentalists as its private property. The press goes, no one knows how cops forcefully removed the environmentalist.

As all of this goes on, John and Rip found themselves in a gunfight in the town during lunch when they see a store being robbed. By the end, John loses his old friend Sheriff Donnie during the shootout. Beth’s plan continues with her calling Summer. She informs her about cops coming with tear gas to attack. This lets Summer contact journalists who come to cover the incident as cops hurl at the environmentalists.

Apart from all of this, we opened up to a scene from the original Yellowstone farm. We also saw Jimmy and Emily going on a number of dates. By the end of the episode, questions of should he kiss her come and he does as they hook up. Lastly, Monica and Kayce talk about their son Tate growing up into teens and hoping he doesn’t end up as they did when they first hooked up.

Yellowstone Season 4 Episode 9 is releasing on 26 December 2021. It is titled, “No Such Thing As A Fair”. The official synopsis of the episode so far teases that Jimmy has an important decision to make. This may have to do with his growing relationship with Emily that has come to an intimate level now. Kayce has a new goal of his own while Jamie starts following Garrett’s advice to take on John. Only for him to realize that his father’s past may well work against him.

Also Read: Curb Your Enthusiasm Season 11 Episode 10: How Far Will Larry Go In The Season Finale?