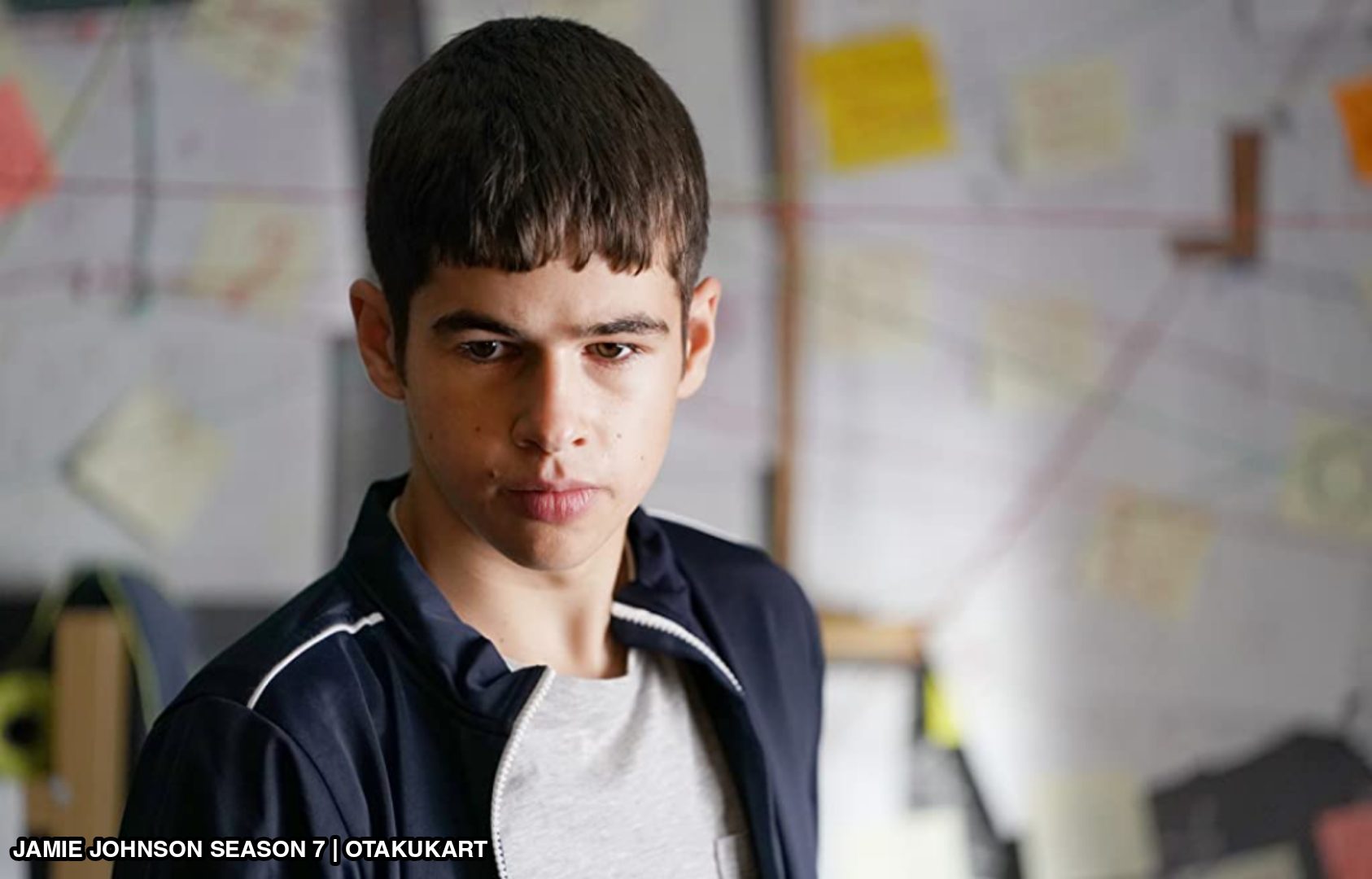 Jamie Johnson is a very popular drama, and it indeed covers up all the interesting things for children. Moreover, this drama is entirely dedicated to them. It’s good to see how the creators of this show came up with issues that people don’t open up about. When it comes to the first season of this show, it premiered in the year 2016. As of now, there are six seasons in total! And now fans are expecting to know more about Season 7 of Jamie Johnson. Moreover, the main reason behind its popularity would be the portrayal of a realistic character. The lead actor of this show made sure that he depicted the truth about children and their emotions.

Well, the first season of this series garnered massive fame from its storyline and concept. And this was one of the multiple reasons for the creators to come up with all the other seasons too. However, now all the existing fans expect more from Season 7 of Jamie Johnson, and its arrival has been one of the most awaited events. It also provides us with knowledge of paying more attention to a child’s mental health. This show will make you understand that mental health is a very significant part of an individual’s life.

When it comes to the storyline, Jamie Johnson highlights an essential topic. The whole story surrounds the life of a young and dedicated Jamie. From a very young age, he has been good at sports, specifically Football. And with proper training and guidance, he could reach the heights pretty easily! But his life takes an unexpected, rather devastating turn when his father decides to leave them behind. Still, Jamie tries his best to keep his mind together. Because of his parent’s separation, Jamie has to start everything from the very beginning. 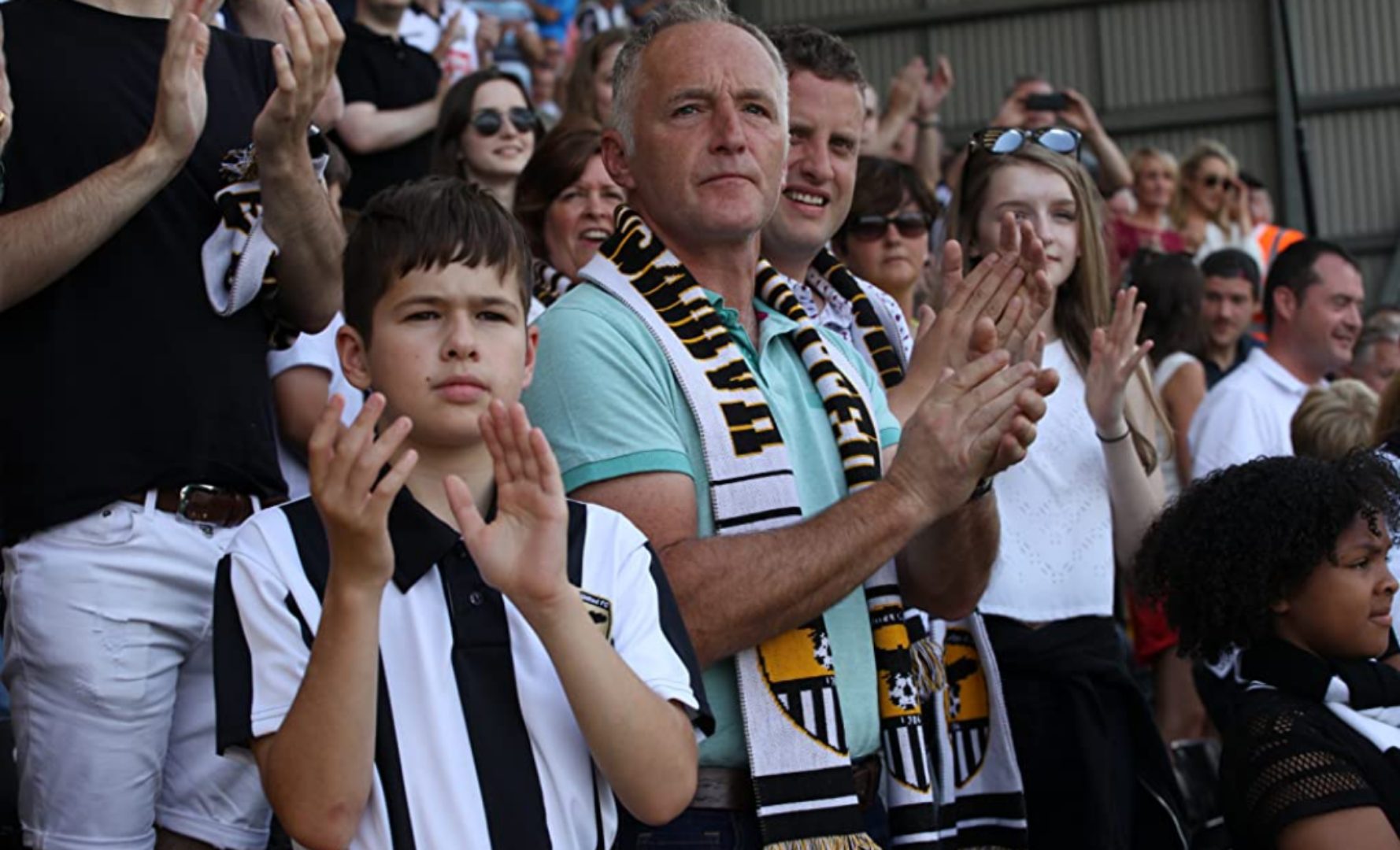 This simply means a new school, new friends, and a new life. They won’t have his father anymore. Currently, he is living with his Grandfather. The first episode gives us all the inside details wherein Jamie is struggling to fit in, but instead, he becomes a bully. And now he’s got enemies too! Jamie always wanted to get his father back because he would always hate the fact that his mother was trying to fit in with someone else. On the other hand, Jamie’s mother never talked about his father to him. And this is where everything goes wrong. What will Jamie do after figuring out that his father is settled down with a different family?

Also Read: When Can We Expect My’ Dress-Up Darling’ Season 2 To Release?

Well, to be more precise, he almost loses all his opportunities because of his adamant behavior since he was stubborn about finding his father. Moreover, dealing with the truth became a very difficult task for him. Above all, the series also highlights Jamie’s struggle with uncontrollable anger issues. No matter what happens, Jamie won’t take no for an answer, and he often ends up fighting with some of the other people. And because of this, other boys from his team would always try to pick on him. How will Jamie cope with these dynamics?

A lot of things happened before Season 6 came out. Jamie had his share of ups and downs. Well, he was able to stand up for his rights. And guess what? There were times when Jamie was blinded by his egoistic personality. But he still managed to understand his true purpose and finally made it into a full-fledged football team! Towards the end of Season 3, Jamie had to choose between two different football clubs, and finally, Jamie chose to be with the Grassroots Club Phoenix. Moreover, with the end of Season 5, this series just finished fifty episodes in total. 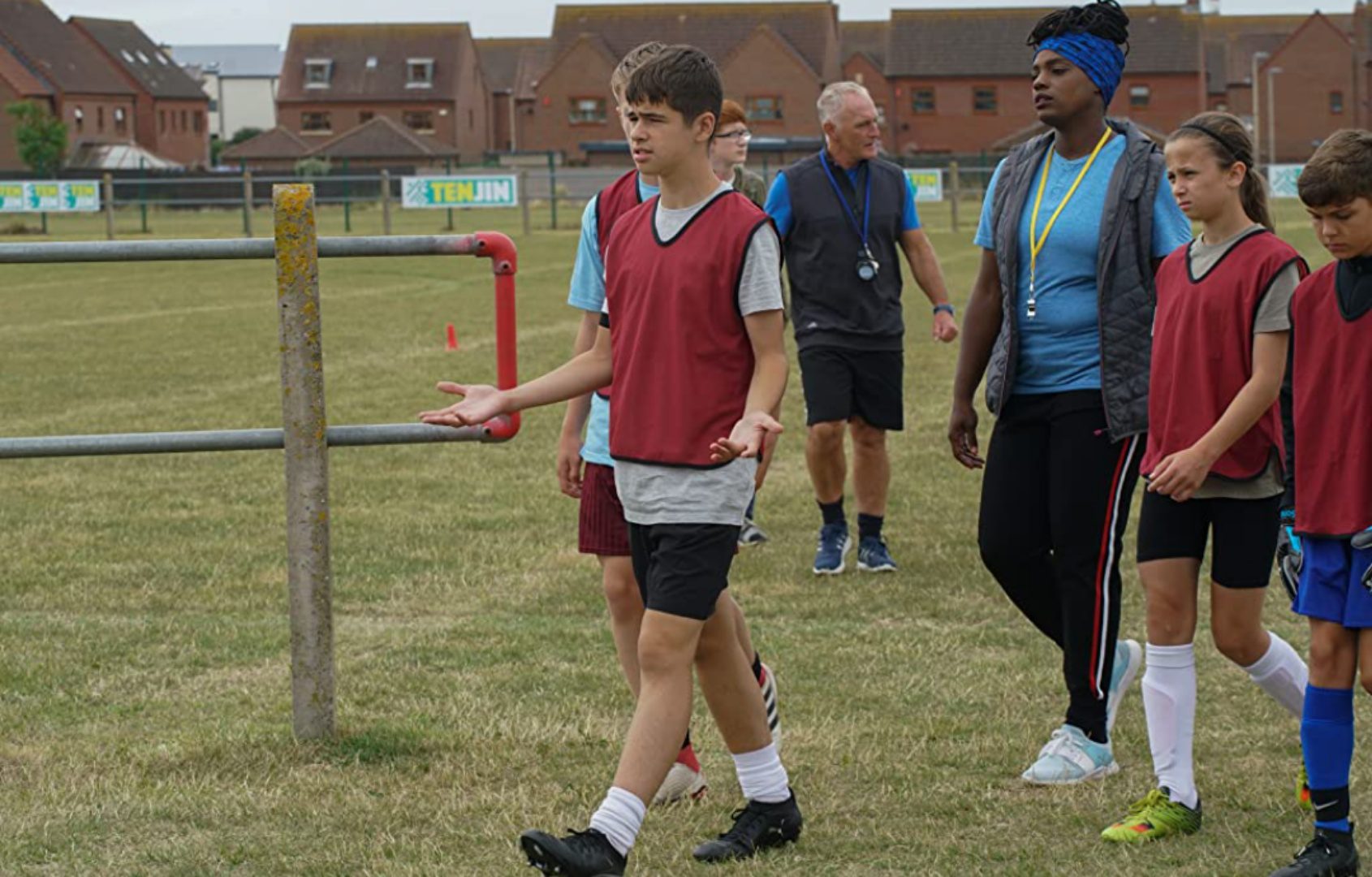 Jamie Johnson: Scenes of Jamie and all the other team members from the show

Towards the beginning of Season 6, Jamie is up for new challenges. Moreover, it is a new season for the Phoenix club! Things take a different turn when Jake wants to build up a personality like Jamie. Well, this Season will give you a lot of insight into Alba’s character. From the very beginning of the First Episode, Alba wants to win the trophy. And to make this possible, she will go to any extent! On the other hand, the players are excited to meet their new coach. But things are not similar for Alba. It seems like she is just following her passion for winning the trophy.

Also Read: Hunters Season 1 Ending Explained: Who is the Wolf?

Throughout the entire Season, they’re amidst crucial tournaments. Moreover, this Season will also introduce us to a very interesting match between the Phoenix team and Seagate Lions. This match will pretty much determine everything about their current status and future in the football team. This Season was very difficult for three individuals that is Liam, Alba, and Jess. Jess’s life is turned upside down when she figures out that she is pregnant. On the other hand, Liam constantly took advantage of Alba since she hurt him after losing control.

What Message Does Jamie Johnson Provide?

If you look closely, you won’t find shallow references of any character because it is incredibly important to understand that children are the way to our future. It’s very important to build a stronger base and foundation, and this would help every child to become a capable human being in the future. Moreover, this show makes sure that an in-depth and strong message is transferred to everyone since it talks about several issues combined. And these issues range from temper control to ignorance. As a 12-year-old boy, he had to deal with devastating turns in his life. 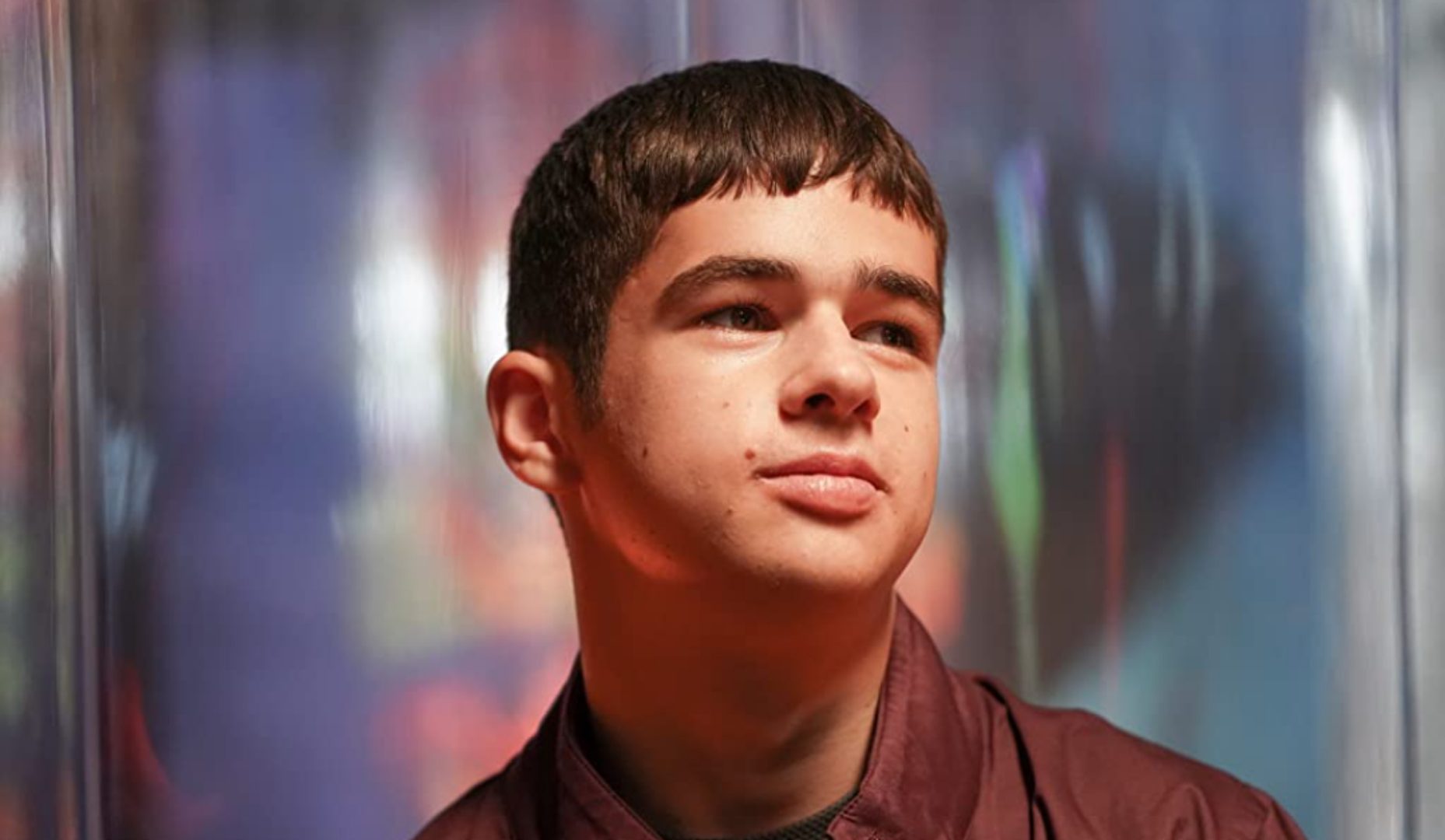 Jamie Johnson: Louis Dunn portrays the role of Jamie in the series

But this series also gave us a deep insight into such people who can change lives. Things can easily change if a writing person helps you to make decisions. And this is pretty much one of the major things that are explained in every season and episode of this show. Moreover, Jamie found this motivation in Jack at some point. Their companionship was beautiful. Every time things became difficult, Jamie would look up to Jack and think about her stand in a certain position or situation. Well, another interesting point about Jamie Johnson would be all the new things.

Also Read: Where Is The Girl From Plainville Filmed? All About The Plot

Because every Season will give you new lessons to learn, and this is a really good initiative taken by the creators since mistakes are bound to happen. For every mistake, this show provides the children with a new lesson to interpret. It’s good to see how every character evolves to become a better and stronger version of themselves. Nevertheless, fans are interested in exploring all the changes in Jamie’s life. And this explains the enthusiasm for Season 7 of Jamie Johnson. Since the fanbase of this show want to see the way his opportunities increase with each upcoming Season.

Season 6 of this show arrived in late 2021. That was in October. So fans are already expecting this Season to launch around the same time. Well, Season 7 of Jamie Johnson is all set for renewal, and it has been officially announced by its creators. Well, the official page of Jamie Johnson took this news to their Twitter handle. And they were delighted to announce that Season 7 is on the way! Towards the end of Season 6, viewers got to know a lot of details related to the upcoming tournaments. And this would be a base for the Seventh Season. 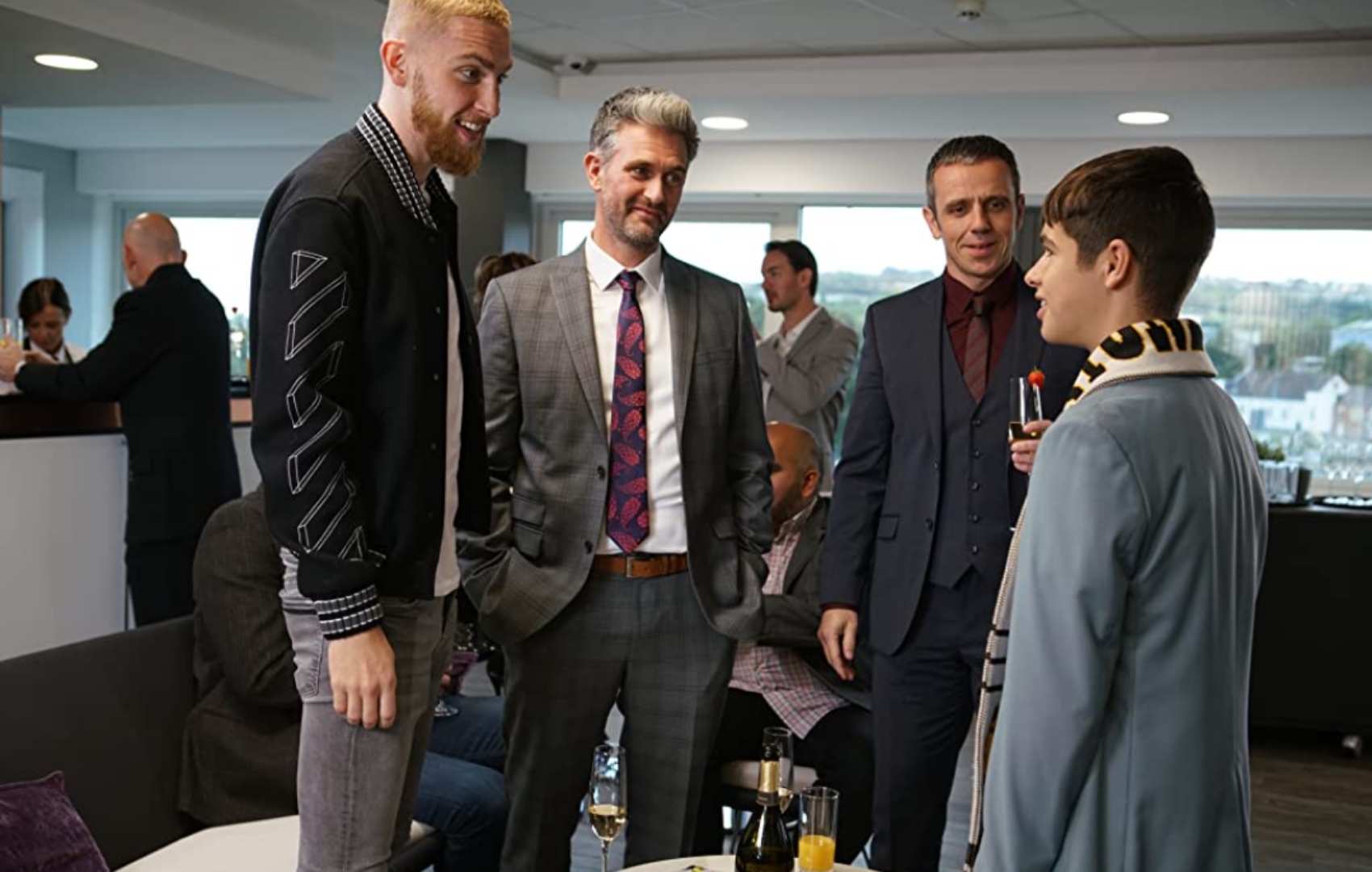 Jamie Johnson: There is no official release date for the seventh season yet

Moreover, there is no doubt about that! And guess what? The ending of the previous Season is pretty ambiguous. Plus, it is revealed that Jamie’s father is also Jack’s dad too. And this determines that Jamie will be up for new challenges. Well, Ian promised to be a part of Jamie’s life but will his presence threaten his mind’s capability now? Well, this will be answered through Season 7 and its episodes. Moreover, the creators are already busy with a lot of other things. So there isn’t any kind of specific information about the official release date of Jamie Johnson.

Furthermore, the creators have made sure that no other information is provided to the public since this Season will be pretty interesting, as it would bring out a whole new angle to it. Apart from this, the actors began filming for this one. Little did you know that Jamie Johnson is quite popular for the appearances of popular football players in the show. These football players had one goal in mind. And this was to promote the show among the public. Well, the pandemic might’ve made it difficult for them to come up with a fixed release date.