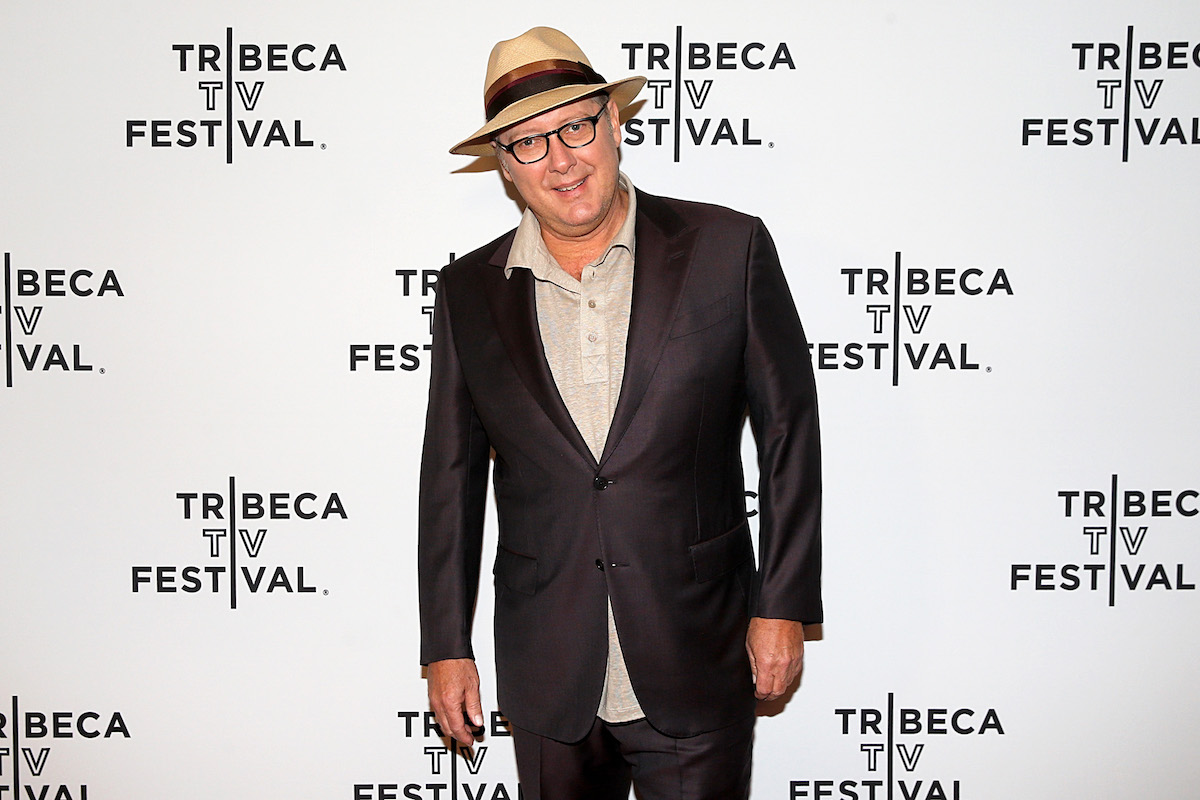 He also worked as a television artist in his earlier days in different television dramas namely The Practice which was premiered in 1997. It finally came to an end in 2004. He also played a major part in the television drama named Boston Legal in 2004. It came to end in 2008. He also won many awards for all the movies and shows he did. With all this being a successful actor his net worth is somewhere estimated to be $20 Million as of 2021.

Born on the 7th of February in 1960 was James Todd Spader the son of Greenwood Todd Spader and Jean Spader. He was born in the beautiful city of Boston in the States. He was the only son of their parents having two elder sisters. None of his parents were linked to the industry. They both were teachers. His mother was an art teacher in the Pike School, in his early years of childhood he studied there. His father was also a teacher in the Brooks School. He studied his high school years in his father’s school. Despite having a professorial background he dropped out of high school when he was in the 11thgrade. To pursue his dream career he joined one of the famous acting schools of New York’s named Michael Chekhov School to enhance his acting skills. Being in the acting school did not stop him from taking up odd jobs such as he was a yoga trainer in his town. He also used to be a car loader on the railroad. He also took up the job of being a truck driver. After all this job he became a full-time actor. 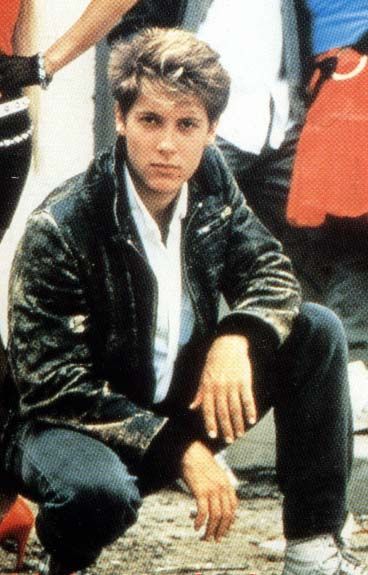 Even though did many odd jobs to support his life in his early years of training. He made his debut with one of the popular Steven Jacobson’s movies released in 1978 named Team-Mates. In that movie, he played the role of the character named Jimmy. After that, he was unable to find many works. Then in 1981, he was again offered the role in the movie named Endless Love. Though he made his debut with Team-Mates the movie Endless Love is considered to be the breakthrough of his film career. In this movie, he played a major role in the character named Keith Butterfield. His television career got a breakthrough in the year 1983 with the show named The Family Tree. With that, he went on working in different shows and movies.

With that, he did many back-to-back movies from the year 1983 namely Cocaine: One Man’s Seduction released in the year 1983, Family Secrets in 1984 The New Kids in 1985, and  Starcrossed in 1985. Though he did many movies before 1985 he never got any major or starring role in any of them. He did his first major role in the movie named Tuff Turf. It was a 1985 released movie directed by none other than very popular Fritz Kiersch. He portrayed the character named Morgan Hiller. He did many movies in the early years of his career but none of them bought him to the limelight. 1986 was the turning point of Spader’s career with the movie Pretty in Pink. In this movie, he drew the role of a character named Steff. The character Steff was a wealthy boy and pompous. The year 1987 gave him many offers. In 1987 he did four moderate successful movies namely  Less Than Zero, Baby Boom as well as Wall Street. 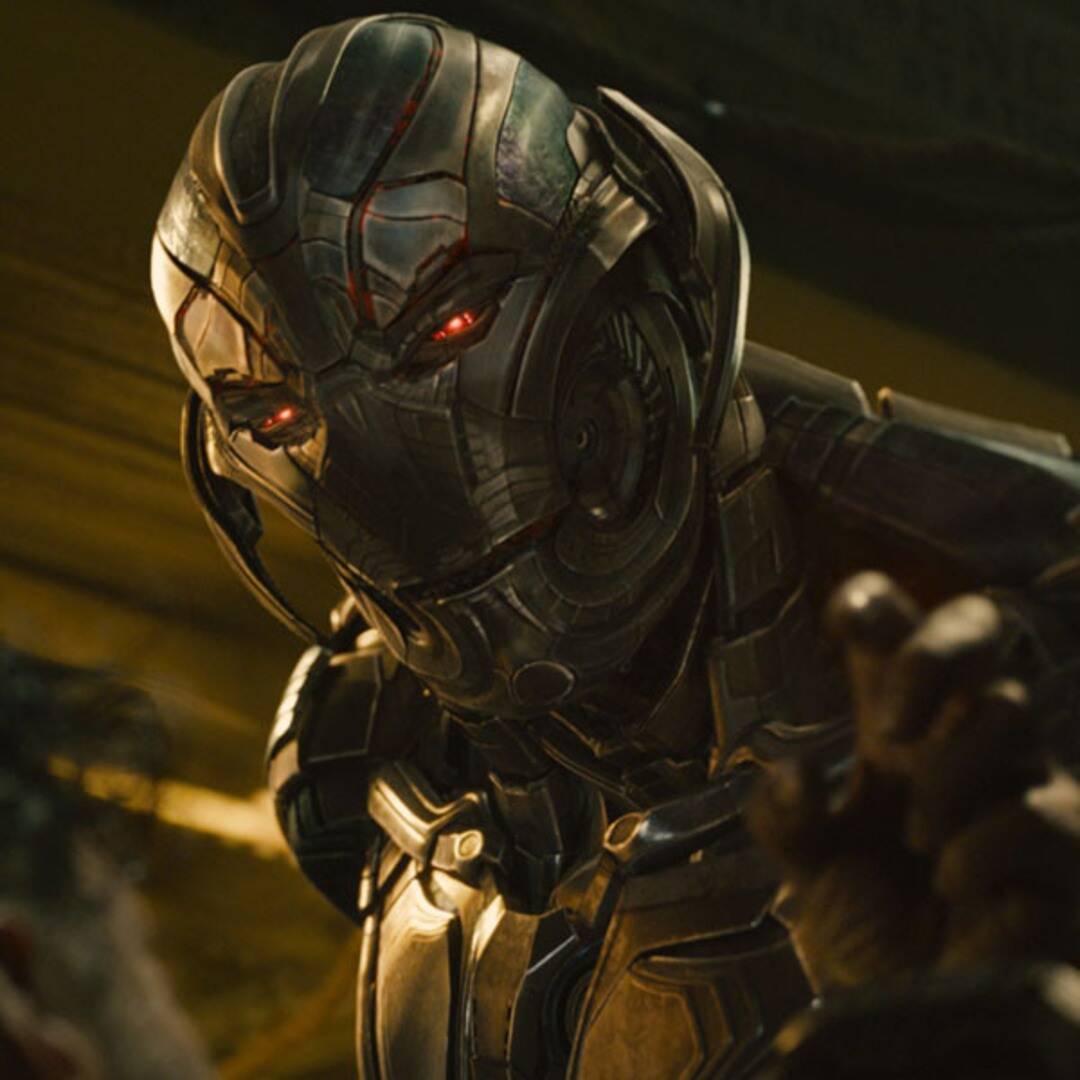 James Spader as Ultron in Avengers:The Age of Ultron

Even after being in the limelight after the movie named Pretty in Pink, we can see him playing a supporting role in two of his 1987 released movies were the Wall Street and Baby Boom. Again in the year 1988, he got the chance to be a part of two movies namely Greasy Lake well as Jack’s Back. Even after being in the limelight, he was not much popular, unlike others. He gained much more popularity with the movie named Sex Lies and Videotape. In that movie, he drew the role of a character named Graham Dalton who by profession was a Sexual Voyeur. With this movie, he won the popular Cannes Film Festival awards under the category of Best Actor.

Being a versatile actor it was never hard for him to take up any role. He showcased his versatile nature in the field of acting by taking up different roles along with Elan. He took up some roles different roles in different movies such as in a movie named White Palace which was released in the year 1990 he effortlessly played the role of a prosperous widower. In another 1993 release, he played the role of a Poker Playing Drifter. The name of the movie is The Music of Chance. He also played the role of a character who by profession is an Egyptologist in the movie named Stargate. It was released in the year 1994.

Not only does his versatility stops here. He also played a major part in a thriller movie named Crash released in the year 1996. In that movie, he played the part of a character who had a car accident. The movie was a Canadian movie based on controversial psychology. In the year 1997, he made a guest appearance in a popular NBC-sitcom named Seinfeld. The show was a live-action. He appeared in the episode named The Apology.  He drew a character who by profession is a detective and in search of a serial killer. It was a 2000 released named movie as The Watcher. In 2002 he portrayed the role of a major character who is a boss but is callous by nature. The movie was named Secretary.

Having a few successful movies e did not leave the television screen. He did a television series named The Practice. It started in the year 2003. He portrayed the role of a major character Alan Shore. The show lasted for about a year and ended in the year 2004. For his role in the series he was nominated and won the Primetime Emmy Awards under the category of Outstanding Lead Actor in a Drama Series in the years 2004, 2005, and 2007 He also appeared in another television series named Boston Legal. It was premiered in the year 2004. It lasted for quite a few years and ended in the year 2008. For his role in different series, he made his way to win the Satellite Award for being the Best Actor in Television Series Musical or Comedy in 2006. He also gave his voice for the narration of an episode named China Revealed. The episode was of the show Discovery Atlas which was broadcasted in the popular channel named Discovery Channel in the year 2006.

Not only does he have awesome acting skills but he also has an awesome voice. He also gave his voice to many television commercials to one of the top leading and famous Japanese brands named Acura. He also acted in one of David Mamet’s popular drama show named Race. The whole act was not only directed by David Mamet but was also written by him. It was on the 6th of December, 2009 when the play was staged in the famous theater named Ethel Barrymore Theater. The show was a massive success and did somewhere around 300 shows within a year or so. It was closed on the 21st August 2010.

Again for a year or so he did another television show named The Office. The show started in the year 2011. In that show, he drew the role of the character named Robert California, who by profession was a salesman but was ruthless by nature. The show lasted for a year. The last episode was premiered in 2012. For doing great and outstanding performance in the show he received the nomination for the Screen Actors Guild Award under the rank of Outstanding Performance by an Ensemble in a Comedy Series

In 2012 released he essayed the role of a major character named W.N.Bilbo. The movie was directed by none other than the very famous Steven Spielberg. The movie was named Lincoln. He played his part with a famous co-star list including Joseph Gordon-Levitt, Sally Field, and Daniel Day-Lewis. Again for his extravagant acting skills he received the nomination for the Screen Actors Guild Awards under the category of Outstanding Performance by a Cast in a Motion Picture. He also worked for drawing a major character in one of the most popular shows of the NBC series named The Blacklist. He drew the role of one of the most renegade people of the FBI named Raymond Red Reddington. They made a huge success around the world.

For his awesome acting skills, he received a nomination for the Gloden Globe Awards under the rank of Best Actor in Television Series Drama. After doing a few blockbuster television shows. In the year 2015, he was approached to be a part of the famous movie series to which he agreed. With his awesome acting skills, he portrayed the role of a nefarious robot in the movie named Avengers: Age of Ultron. 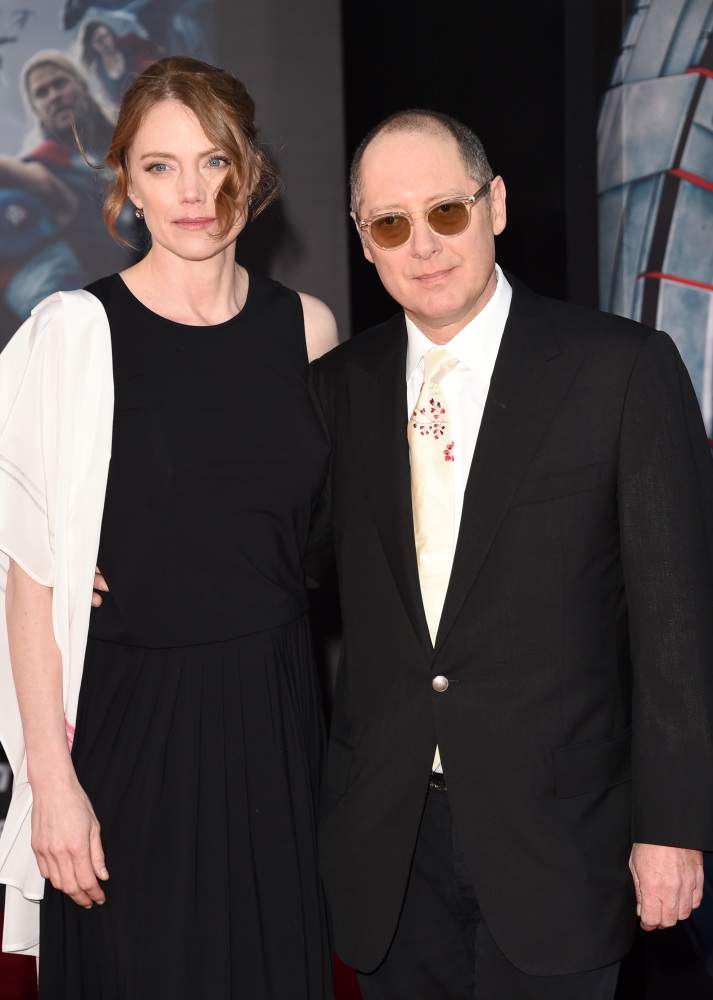 I would say that Spader has a much less complicated personal life, unlike others. Back in his earlier days when he used to work odd jobs in between his training he met Victoria Kheel in one of his yoga classes when he was a part-time yoga instructor. After dating for a few years they both decided to tie the knot in 1987. Within a few years, they became parents of two sons namely Elijah and Sebastian. But due to some reason or the other, they got legally separated in 2004. A few years earlier Spader dated Leslie Stefanson in 2002. After few years they became parents to a baby boy named Nathaneal in the August of 2008. 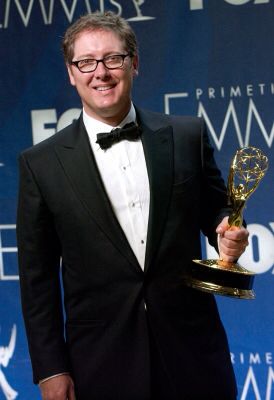 James Spade with his award

As the list of his television shows and movies, the list of awards and nominations is also endless. He won and was also nominated for many motion pictures. He received his first-ever nomination in Motion Pictures for his debut movie named Sex Lies and Videotape for the Independent Spirit award under the category of Best Male Lead. He also won the Cannes Film Festival Awards for the movie Sex, Lies, and Videotape under the category of Best Actor in 1989. He received the nomination for the Saturn Awards twice in 1988 and 1994 for the movies namely Jack’s Back and Wolf respectively. In 2013 he was also nominated for the Screen Actor Guild Awards for the movie named Lincoln.

For his awesome acting on the television screen, he received a lot of nominations and awards. He was nominated many times for the Golden Globe Award in 2005, 2014, and 2015. He was nominated four times for the Primetime Emmy Awards. He also won the awards thrice in 2004, 2005, and 2007 for two shows namely The Practice and Boston Legal. He also won the Satellite Awards for the show Boston Legal. He was nominated for the Saturn Award in 2014 for the The Blacklist under the category of Best Actor on Television. Again in 2013, he won the Southeastern Film Critics Associations Award for the movie named Lincoln. Furthermore, the list of his awards is never-ending.