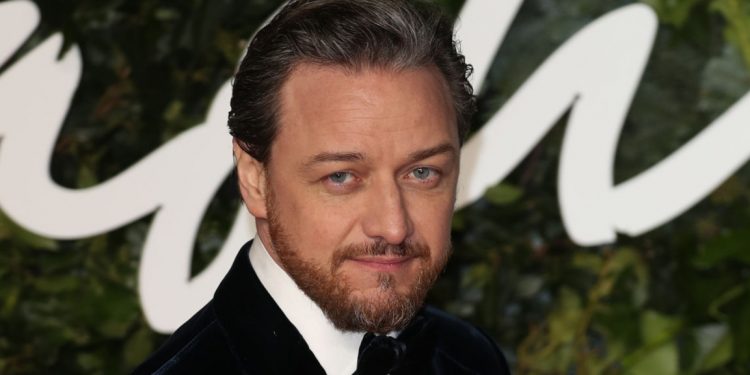 James McAvoy’s net worth is something that netizens have been searching the internet for. And now that we are discussing the popular Scottish actor, we shall also look into that. McAvoy, who was born in Glasgow, Scotland, had made his film debut as a teenager in the film titled The Near Room, where he played a supporting role. James rose to prominence for his role in “Bollywood Queen,” a British-Indian remake of “Romeo and Juliet” in which he played the lead role. He has also appeared in several television shows. However, his most significant work on television was in the British adult comedy Shameless, in which he portrayed one of the main roles. The series was quite successful and even won the British Academy Television Award for Best Drama Series.

He had also made his appearance in several famous dramas such as “Three Days of Rain”. He has been nominated three times for the Lawrence Olivier Award for Best Actor. McAvoy also rose to prominence for his roles in three films in the X-Men series in which portrayed the role of Professor Charles Xavier, a mutant with the proficiency to examine and control minds. McAvoy was seen latest in the American spy thriller “Atomic Blonde”. Also, he is known for his charity service activities. He is associated with the British Red Cross, with which he travels to Uganda to raise awareness regarding their projects.

The actor James McAvoy’s net worth is estimated to be around $20 million. He is a respected actor in Hollywood, England, and other parts of the world, which certainly adds to his fortune. He reportedly owns a £178,000 apartment in north London and one in central Glasgow and drives a ten-year-old Nissan Micra of £1,000. Fans might be astonished to hear that he was never interested in acting and has only pursued it to get closer to co-star crush. After his role in Band of Brothers, he began to wow the directors and producers who were keen to cast him.

The star does a lot of charity work, raising money for children’s charities Retrack and the British Red Cross. In the year 2015, he promised £125,000 for a scholarship program at the school where he studied acting. In March 2020, he donated £275,000 to help NHS workers during the coronavirus pandemic. His most recent charity is to take part in the 2021 series Great British Bake Off: Stand Up To Cancer, which will premiere in the spring. Fans were thrilled to hear that the world-famous star would participate in the humble baking event.

James McAvoy was born on April 21, 1979, in Glasgow, located in Scotland. His mother named Elizabeth, worked as a psychiatric nurse while his father, named James McAvoy Sr., worked as a construction worker. He also has a sister named Joy and a half-brother named Donald. His parents divorced when he was only seven years old, and because of his mother’s poor health, he was sent to live with his maternal grandparents. He had no contact with his father since childhood. McAvoy attended a Catholic school called St. Thomas Aquinas Secondary.

During his education, James worked at a local bakery. And, for a short time, he considered becoming a preacher and joining the Catholic priesthood. He was also a member of the PACE Youth Theater before graduating from the Royal Scottish Academy of Music and Drama in the year 2000. He gained worldwide fame after appearing in the X-Men series. He first appeared in the 2011 film X-Men: First Class, where he portrayed the role of Professor Charles Xavier, a mutant who can read and control minds. The film did quite well on commercial networks and also received several awards.

McAvoy had dated Scottish actress Emma Nielsen who is known by her stage name Emma King. The couple started dating when he was 16 years old and separated in 2003. Then, at the age of 27, he married then 36-year-old actress Anne-Marie Duff, whom he met on October 18, 2006, while working together on a comedy set of the drama series titled Shameless in Scotland. The couple resides in Crouch End, London. On Tuesday, January 26, 2010, the couple announced that they were expecting their first child together. On June 16, it was revealed that Duff had given birth to a son named Andrew earlier in the summer.

James loves science fiction, which he says began with The Lord of the Rings when he was 11 years old. He considers himself a spiritual man who no longer practices Catholicism. Outside of acting and science fiction, he is passionate about football. He is a huge fan of Celtic Football Club and says his dream role is to play with Celtic legend Jimmy Johnstone.